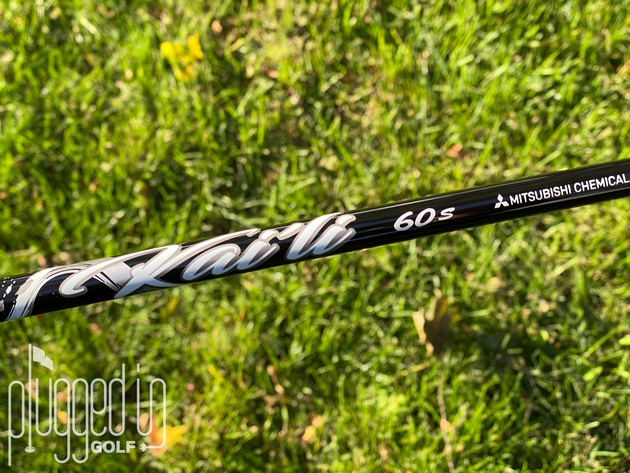 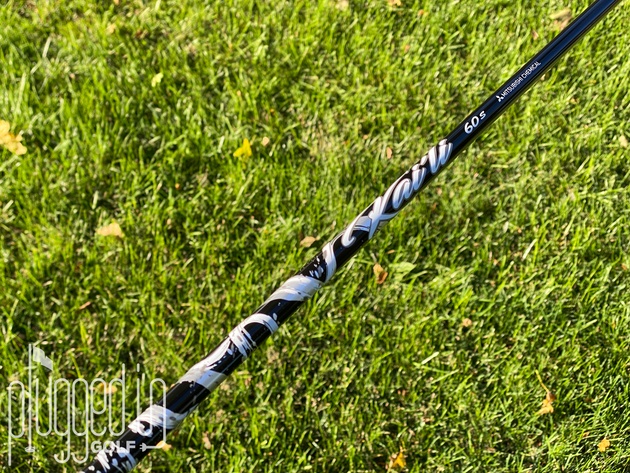 Equipment enthusiasts with some time in the game will remember Kai’li as the name of the second generation of Mitsubishi’s Diamana Blue line.  For 2021, the name represents an entire shaft family, the first new Mitsubishi shaft line in six years.  Kai’li White is the first offering in this new family, and I tested it to see how it stacks up against Mitsubishi’s established Tensei and Diamana lines. 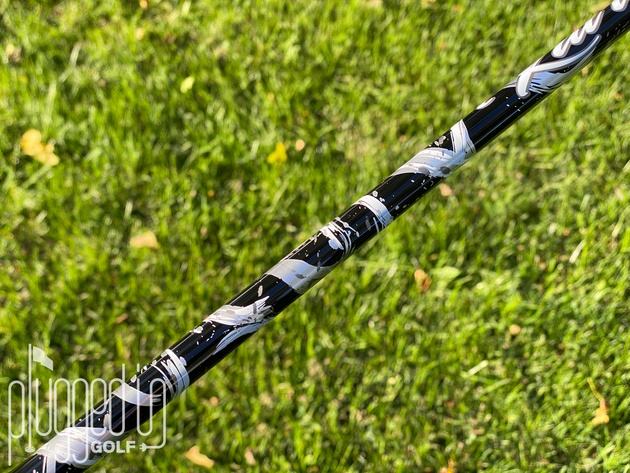 The Kai’li White has a bolder look than most Mitsubishi shafts.  On a gloss black background are swirling white and silver graphics meant to reflect the ocean theme.  The Kai’li name blends in with the graphics, and the Mitsubishi branding is located just below that and is quite small.  As with most modern shafts, everything from the midpoint down is completely clean save for the small MR-70 icon. 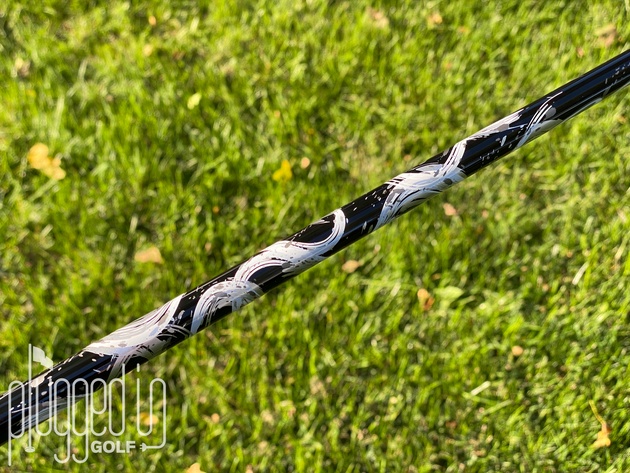 In terms of feel, this makes the Kai’li White feel similar to Mitsubishi’s Blue profile.  While it’s still very stable, it feels more explosive into and through impact than the TENSEI 1K.  Also the kick feels lower.  Where the TENSEI 1K bends closer to the grip, the Kai’li White loads and kicks through the middle of the shaft. 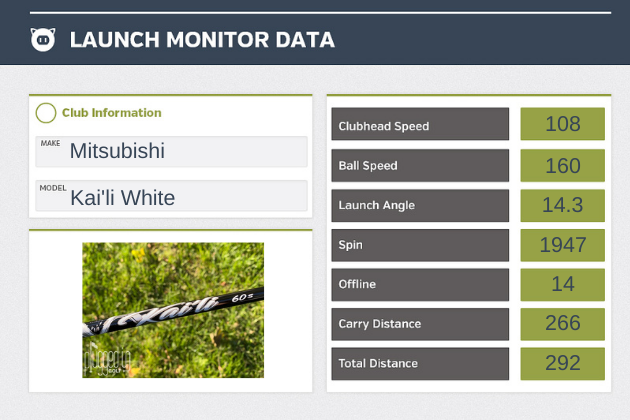 The Mitsubishi Kai’li White is built on the low launch, low spin “White” profile, and it definitely delivers on both counts.  My drives had a boring trajectory, were unbothered by wind, and got plenty of roll out.  Since this is a profile that I’m very comfortable with, my dispersion was very tight, and I knew exactly what I would get from this shaft swing after swing.

Despite having a more active feel, the tip of the Kai’li White is extremely stable.  Mitsubishi achieves this through the use of Super Low Resin Content (SLRC) Prepreg and their MR70 carbon fiber.  My layman’s understanding is that the MR70 is a stronger material for more stability and the SLRC Prepreg allows for a higher density of carbon fibers. 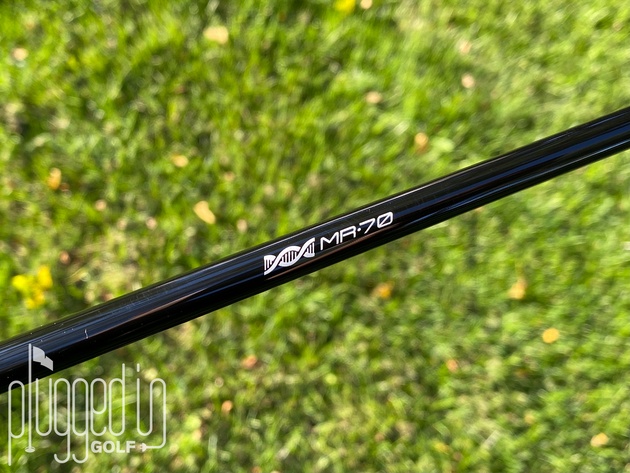 Mitsubishi unveiled the Kai’li White because they recognized that many players want “low-low” performance but have different feel preferences.  Also, having different feel options can lead to different results in fittings.  According to MCA, Kai’li White should be lower launching and lower spinning than the TENSEI 1K Pro White.

For me, the Kai’li White was a bit more anti-left than the TENSEI 1K.  This led to slightly higher launch numbers and marginally higher spin.  For a shaft to feel this smooth and still be extremely anti-hook is pretty amazing. 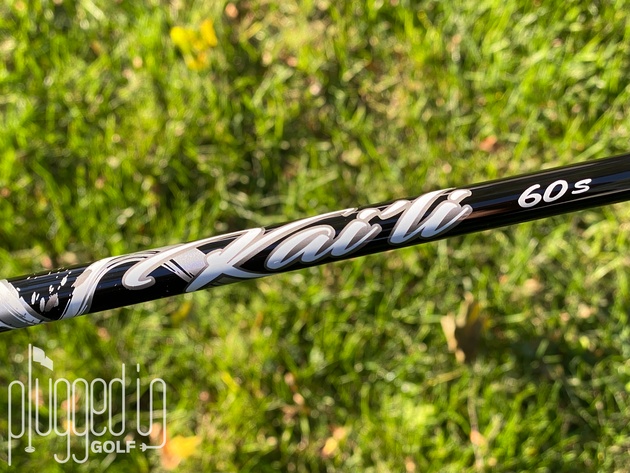 Kai’li is a blend of two words – kai for ocean and li for energy.  While my swing may not have all the power of a tsunami, swinging the Mitsubishi Kai’li White made me feel like it did.  What makes this shaft truly impressive is the way that it pairs that powerful feel with tremendous stability and control.  If that sounds like a tempting combination, see your Mitsubishi fitter to give it a try.