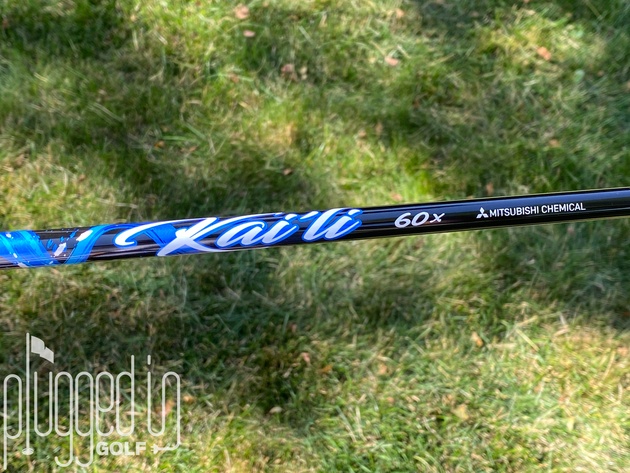 The Mitsubishi Kai’li Blue shaft is the mid-launch, mid-spin counterpart to the Kai’li White.  Very smooth feel.  Activates easily with a strong kick. 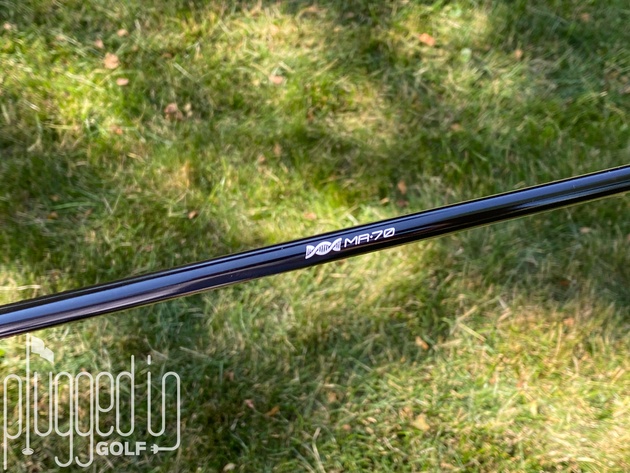 Late in 2021, Mitsubishi released their first new family of shafts in several years – Kai’li.  The first in that line was the Kai’li White [review HERE], a shaft with low launch/low spin performance and explosive feel.  For 2022, we’re getting the second member of the family, Kai’li Blue.  I tested it to see how it stacks up to its impressive older brother. 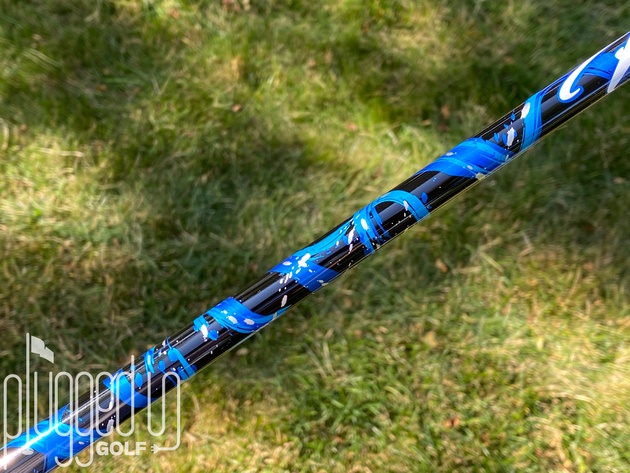 Just like Kai’li White, Mitsubishi’s Kai’li Blue is an attention getter.  The ocean-inspired graphics look even more fitting in shades of blue flecked with silver.  Even the branding is bold – a swooping “Kai’li” in white outlined in blue.

To keep the graphics from being a distraction at address, they stop at the shaft’s midpoint.  From there to the tip, it’s solid black save for the small “MR-70” logo near the club head.  If the shaft is installed logo down, that will be hidden, too. 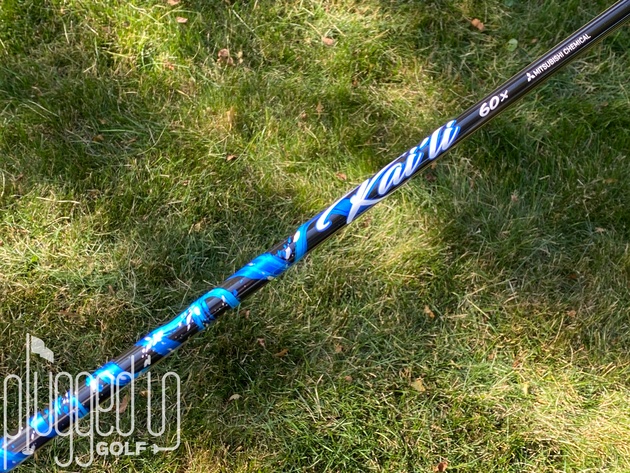 The Kai’li White “felt Blue, but performed White” meaning that it felt more like Mitsubishi’s Blue profile but still had the tip stiffness of the White profile.  This left me to wonder what the Kai’li Blue would feel like.  Would it be the White’s twin?  Would it be somehow more Blue?

To my hands, the Mitsubishi Kai’li Blue has the classic Blue feel which makes it very similar to the Kai’li White.  It doesn’t take an all-out effort to get this shaft to activate.  Even a moderate swing gets a smooth kick in the butt and mid sections.  The biggest difference between the two Kai’li shafts is that the tip of the Blue feels a bit softer. 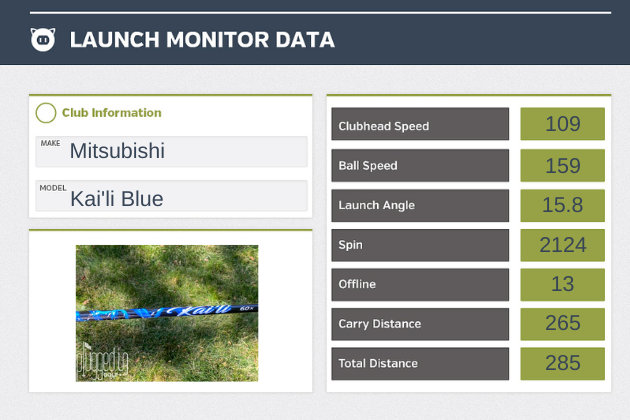 With the Mitsubishi Kai’li Blue having a very familiar, comfortable feel, it was easy to hit good shots right away.  It was also easy to see the difference between the Blue and White.  Mitsubishi bills the Kai’li Blue as mid-launch, mid-spin, and that’s exactly what I experienced.  My best shots with the Kai’li Blue launched a couple degrees higher with about 200 RPM more spin.  It flew in a higher window than my gamer (TENSEI 1K, review HERE), but the flight was still strong and unbothered by wind.

Looking at the dispersion and predictability, the Kai’li Blue was impressive.  Mitsubishi states that this is the “stablest and smoothest blue profile yet.”  I felt like all but my most aggressive swings were handled well.  I got my best results – primarily tight draws – when my swing was smoother, but even 85%-90% swings stayed in play. 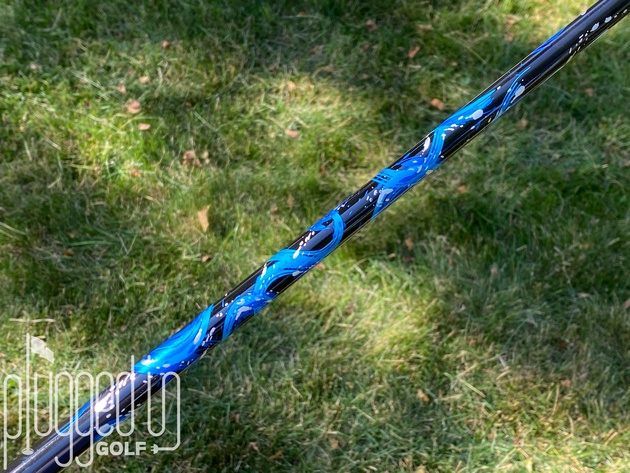 I think that the Kai’li Blue is a great fit for players that are used to tip stiff shafts but want something with more pop.  The Kai’li Blue has a smoother, more explosive feel without giving up the tip stability they’re used to.  It can also work for those tip stiff players who need higher launch and spin to optimize their distance.

Mitsubishi offers the Kai’li Blue in four weight classes and flexes.  At 50 grams, Mitsubishi offers regular and stiff.  In the 60 gram model, each of the four flexes is available – regular, stiff, X, and TX.  When you get to 70 grams, the regular flex is dropped.  At 80 grams, only X and TX are offered. 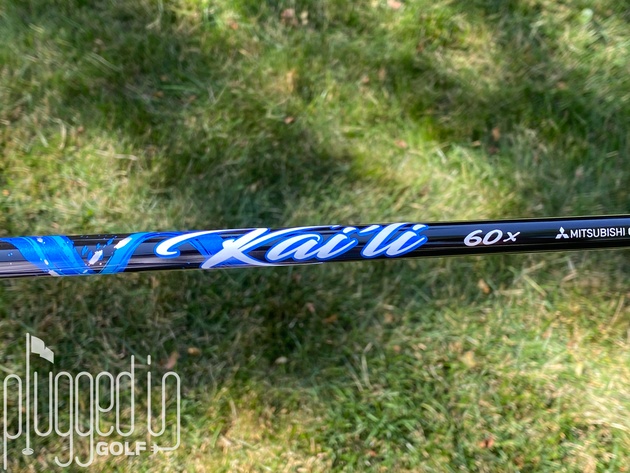 The Mitsubishi Kai’li Blue impresses with the way that it balances a smooth, active feel with a fairly stout tip section.  Players coming from either end of the shaft spectrum will find something here that’s comfortable and something that pushes their drives to a different level.