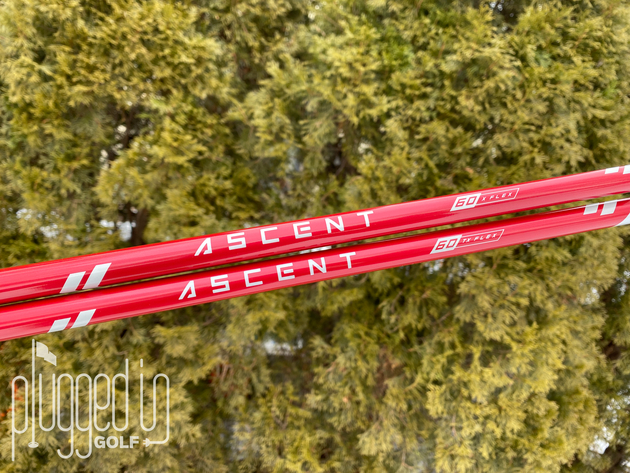 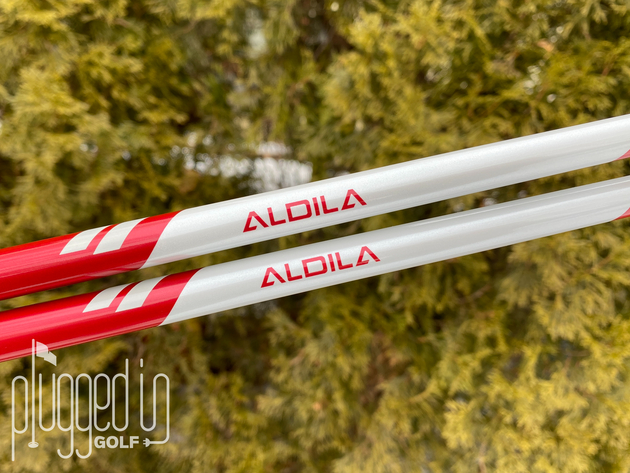 Late 2020 and early 2021 have seen a shaft market crowded with sequels but relatively light on new products.  The Aldila Ascent is an exception, a brand new offering from one of the most prominent makers.  The Ascent has an intriguing promise – higher launch without compromise – which I was eager to test. 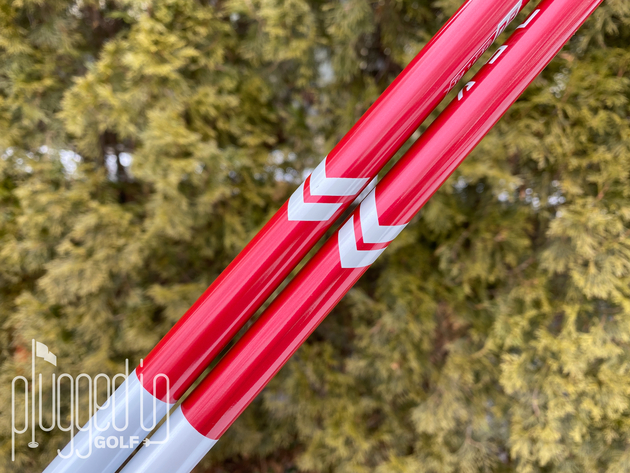 The “Dynamic Deep Red Metallic Flake” color of the Aldila Ascent looks fantastic.  The upper two-thirds of the shaft is red with white graphics and that flips in the lower third.  With an emphasis on the bold color, graphics are kept fairly minimal.  There are some small geometric designs and “Ascent” branding in a futuristic font.  Near the tip, “Impact Stabilization Zone” technology is highlighted. 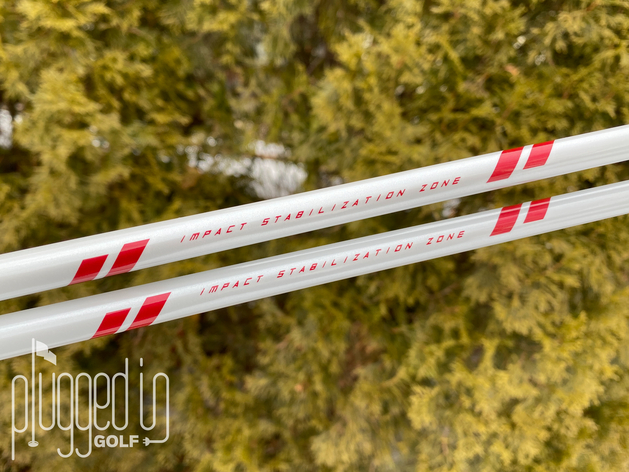 I tested the Aldila Ascent in both X and TX flex.  In the standard X-flex, I found that it had a very tight kick through impact.  I felt the bend primarily in the lower third of the shaft, but the tip was much more stable than I was expecting from a shaft billed as higher launching.

When I switched to the TX, the feel got predictably stiffer.  The kick was still present, but it was dialed down substantially, and I had to give it a full go to activate it.  If you like the feel of a stout shaft but are looking for higher launch, don’t be afraid to give the Ascent a chance, particularly in a flex above your normal range. 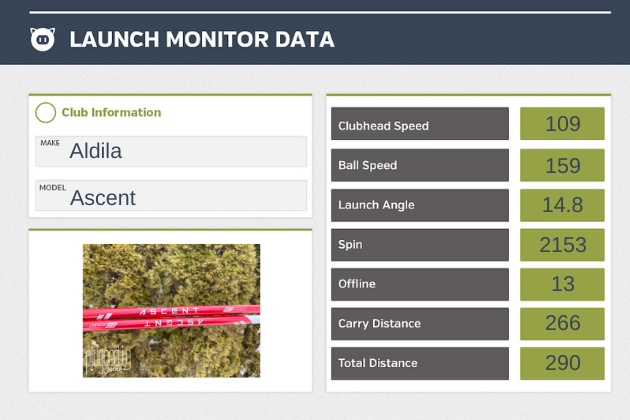 Typically, a high launching shaft feels very lively and has a soft tip section.  This is great for increasing launch angle but it can also raise spin to undesirable levels and sacrifice control.  The Aldila Ascent aims to solve those problems with the Impact Stabilization Zone.  The Impact Stabilization Zone is a section of the shaft which is stiffer and infused with tungsten to create more stability and improve energy transfer.

In my testing, the Ascent performed exactly as promised.  The launch angles I was seeing were some of the highest that I’ve posted with my gamer in quite a while.  While my launch angle came up, my spin rates stayed in a range that optimized my carry distance and kept the ball in the fairway. 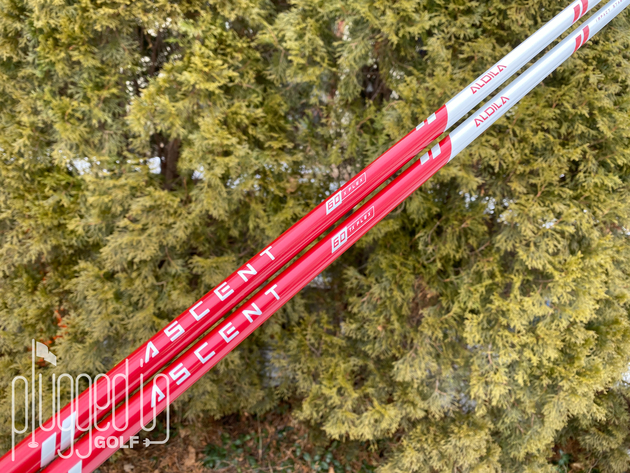 Not only was the Ascent able to manage spin while raising my launch angle, it was also predictable in terms of direction.  As regular readers know, I tend to avoid active-feeling shafts because they can lead me to spraying the ball.  With the X-flex Ascent, I was hitting a very comfortable, playable draw almost every time.  When I moved up to TX, the dispersion was equally tight but shifted toward the middle of the fairway.  With both versions, what I liked was that there weren’t any shots that left me wondering, “How did the ball go that way?” 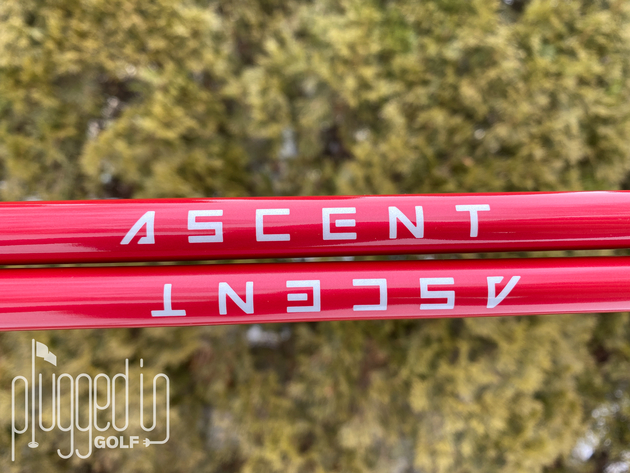 The Aldila Ascent delivers exactly what it promises: higher launch without compromise.  If you’ve avoided higher launching shafts because of spin or accuracy concerns, this is one that you need to check out.  And, depending on your feel preferences, don’t be afraid to step outside your normal flex.