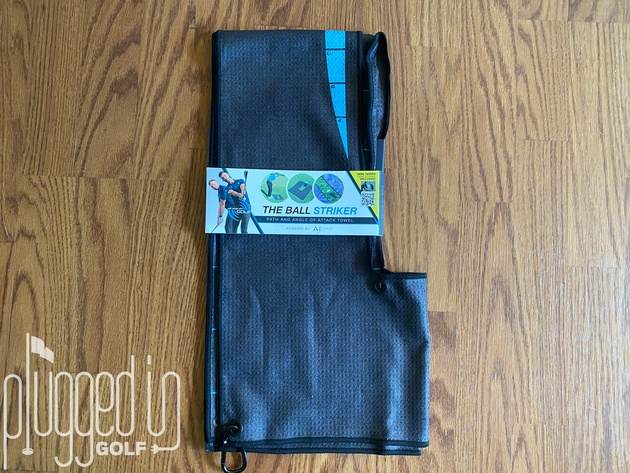 The Me and My Golf Ball Striker Towel is a clever training aid built into a towel.  Lots of functions but they’re not all obvious.  A good trainer with some flaws. 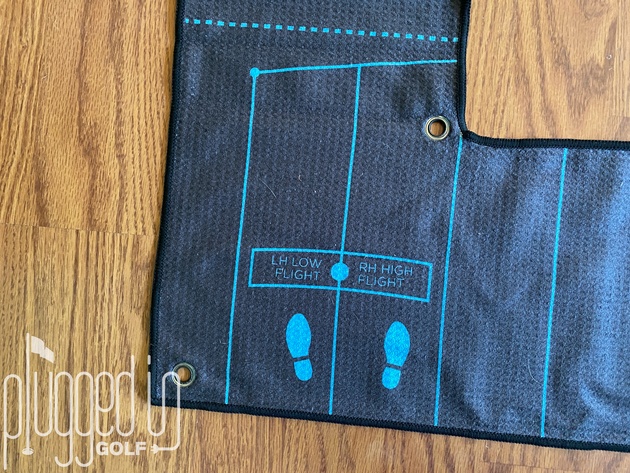 Loads of training aids are sold every year, but how often do you actually see a golfer using one at the range?  Probably not often.  Part of the explanation is that golfers simply forget to bring them along.  Me and My Golf is taking that excuse out of the equation by building a training aid into something you already have clipped to your bag – a towel. 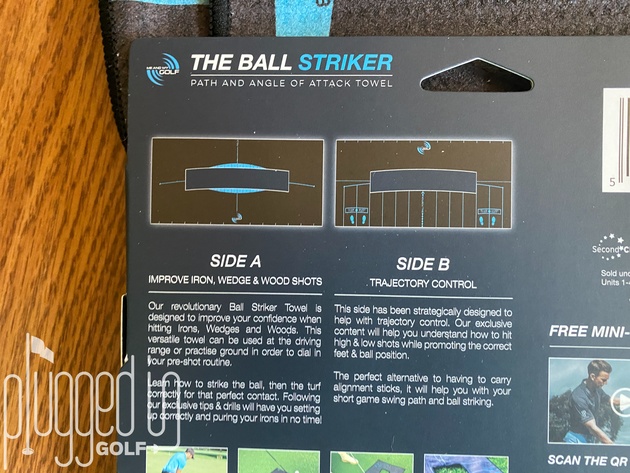 Setting up the Me and My Golf Ball Striker Towel isn’t complicated – just lay it on the ground.  It is a large towel (roughly 38″ x 20″) and the cut out in the middle makes it harder to get it flat.  There are eight grommets for anchoring the towel with tees, but, of course, that won’t work on a mat.

Knowing what to do with the Ball Striker Towel takes a little more doing.  There are explanations on the packaging that get you started.  Also, as with the Breaking Ball Putting Mat [review HERE], your purchase gives you access to five mini-lesson videos.  Three of the five relate to chipping, which I found a little disappointing.  I think a lot was left on the table in terms of explaining all the ways to use this towel. 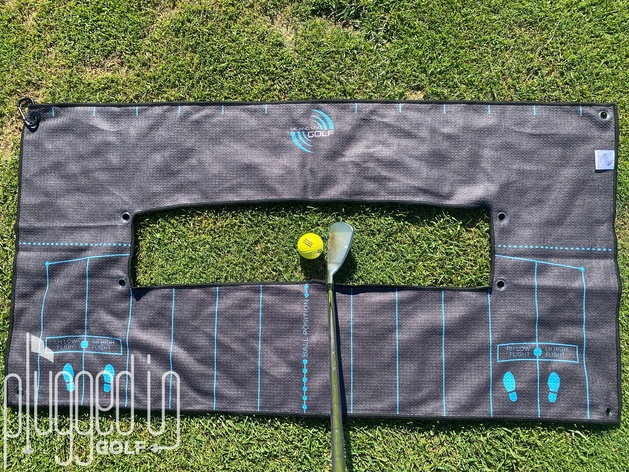 At its most basic, the Ball Striker Towel is a replacement for alignment sticks.  Point the towel toward your target, and the edge will guide your foot line while also checking your foot position relative to the ball.  As a huge proponent of alignment sticks, I give this utility a big thumbs up.

As shown in the mini lessons, the towel also illustrates a good club path for chipping.  Additionally, players can angle the towel so it’s a visual cue for a change in path to hit a fade or draw.

The final mini lesson emphasizes using the side shown above to alter trajectory.  With the towel as a guide, golfers can experiment with ball and foot positions to see how it changes their ball flight.

Finally, when it’s folded in half, the Ball Striker Towel can act as a way to check your turf interaction when hitting off a mat.  The ball can be positioned as close to the material as your skills allow.  Your aim will be to hit the ball without hitting the towel.  This function didn’t impress me as the towel was too thick when folded.

Overall, I think the Ball Striker Towel has a lot of potential.  The feedback it provides is very clear on some drills, less so on others.  Primarily I like that it encourages players to experiment and learn about their swings. 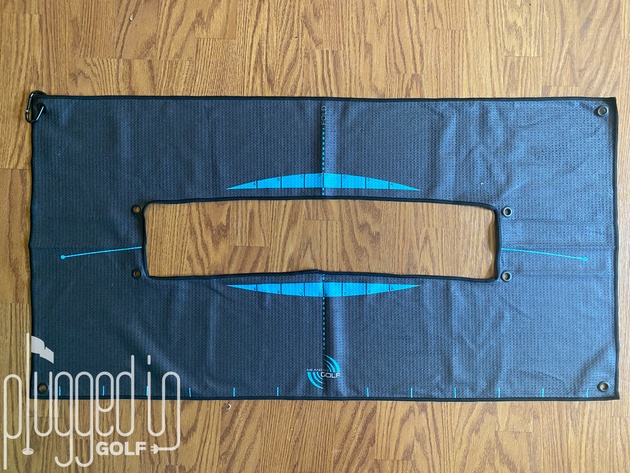 As I mentioned in the introduction, one of this trainer’s biggest strengths is that it should always be clipped to your bag.  Having it with you is half the battle in longevity.

I also give this trainer higher marks for being useable on grass and mats.  However, there are a pair of caveats here.  On mats, the towel doesn’t always stay put because it isn’t staked down.  On grass, you will need to move the towel once you take a few divots.  This can be annoying and may lead players to use it less.

Finally, there is a learning curve to this trainer.  If you don’t read the packaging and watch the videos, you won’t get all the function out of it.  While some of its uses are obvious, others are not. 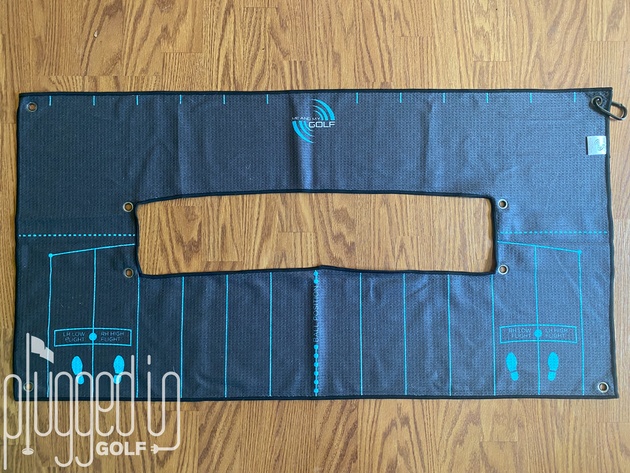 The Me and My Golf Ball Striker Towel retails for $40.  This is very affordable for a training aid and only a little more than a standard towel from a brand like Uther [check them out HERE].  On the other hand, it costs a lot more than plastic alignment sticks from a hardware store.  Overall, I think this is a decent value if you look into it beforehand and want to use all the features it offers. 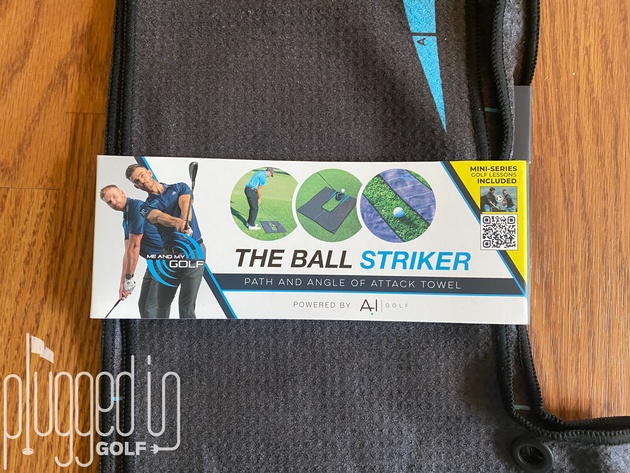 The team at Me and My Golf have done a very clever thing building training aids into the humble golf towel.  If you’re a range rat looking for a bit more feedback and a tool to help experiment with your swing, the Ball Striker Towel is worth considering.

Visit Me and My Golf HERE