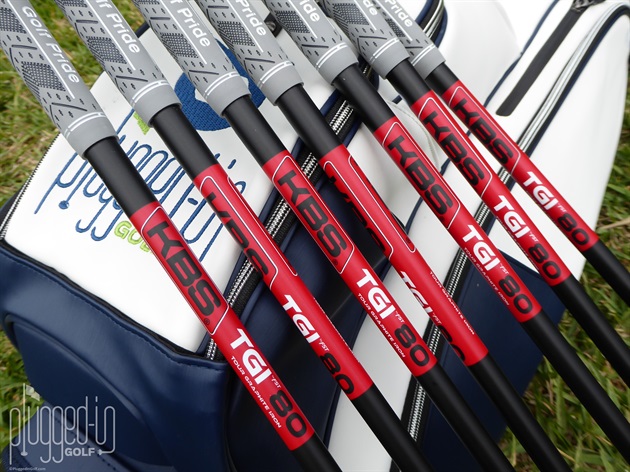 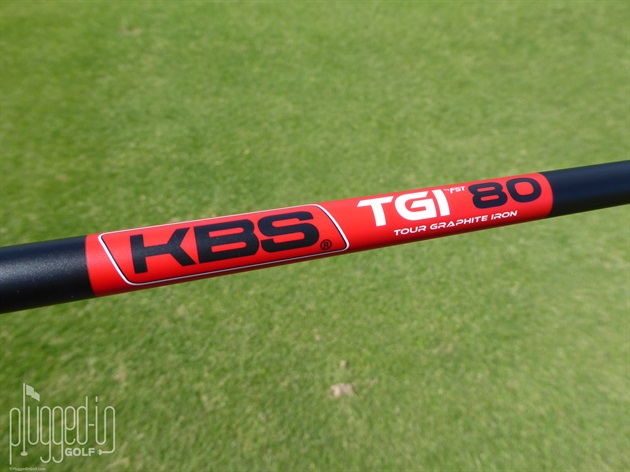 In one short decade, KBS has grown to become one of the most recognized steel iron shaft brands in the world.  The distinctive red badge is on many OEM steel stock offerings and is seen in play every weekend on professional golf tours around the globe.  Looking to erase that steel qualifier and offer more light weight shafts, KBS has come out with the TGI – Tour Graphite Iron – shafts.   The TGI shafts come in four weights (50, 60, 70, 80 grams) with each having its own flex (L, A, R, S respectively).  To find out if they are a worthy addition to the KBS iron shaft line up, I tested a set of TGI 80.  By the way, do you know what KBS stands for?  If not, don’t miss the conclusion. 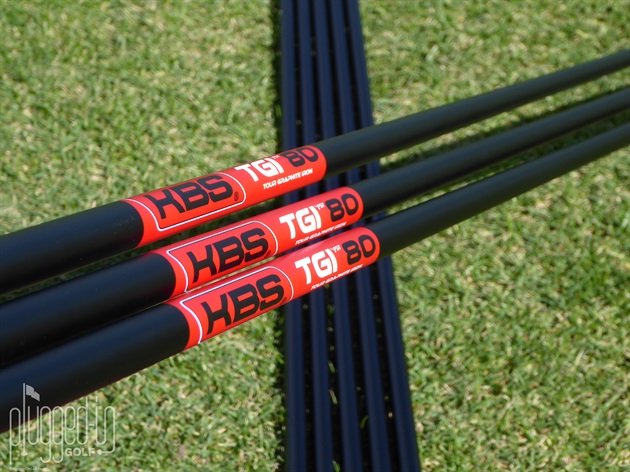 In true KBS fashion, the TGI shaft is plain and simple – and I state that as a compliment.  The matte black graphite shaft will pair well with most any grip or head combination.  The signature KBS red badge really pops against the black. 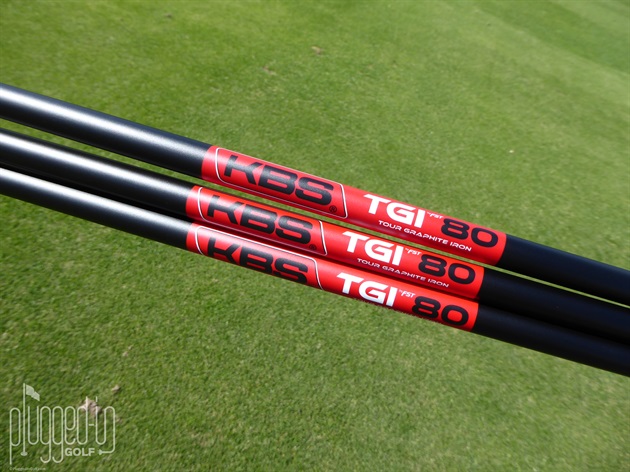 The first few ‘air’ swings with the KBS TGI had me puzzled on the feel.  I couldn’t decide if they felt heavier or stiffer than expected, but something was grabbing my attention.  As I began hitting balls it became evident that I was experiencing stiffness in the tip section.  What I was growing to really like was that the flex profile felt consistent across the shaft and from club to club.  I felt in control of the club head, like there was no lag in response. 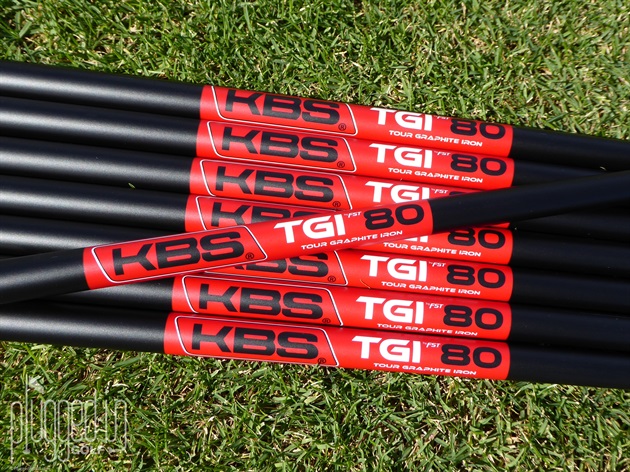 After seeing what appeared to be really good ball flights and distances on the range, I was eager to get empirical data at Club Champion.  KBS touts the TGI as mid-high launch and mid spin, not surprising based on the target golfer.  My results were more in the high launch and high spin category, both of which are great attributes for my game.  Most importantly, I gained carry distance and decreased dispersion.  With such impressive results, I asked master fitter Rob Stumpf the ultimate question: if I were here for a fitting, what other shafts would you want me to try?  His answer: none.  He went on to tell me that for where I play, soft landings and accuracy are the most important attributes and the KBS TGI delivered both.

KBS claims their graphite irons “play like steel” which is intriguing to golfers who may be going down in shaft weights and/or transitioning from steel to graphite.  Intrigued myself, I read through KBS shaft reviews in the PIG archives and ran across statements from Bill and Matt S. about feeling like they could hit a ball down a hall.  I could certainly relate to that sentiment after some great tree escapes with the TGI shafts.  Even though the shafts produce a high trajectory on normal full swings, they respond appropriately when I need to execute a low punch shot. 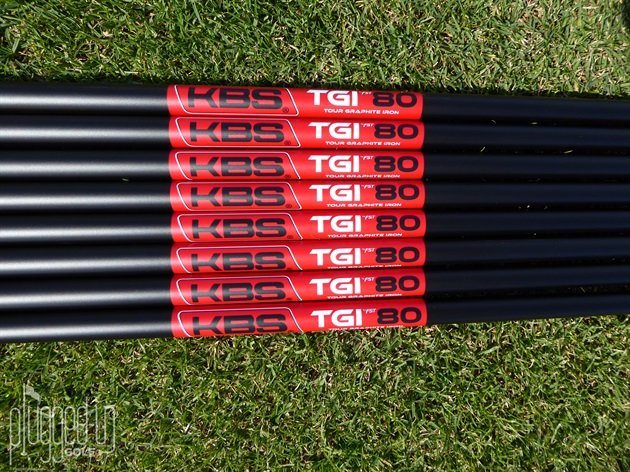 I selected the KBS TGI 80 to test since they were the closest weight to my 95 gram gamer shafts.  I didn’t learn about the corresponding flex until conducting research for this review.  To me it demonstrates the importance of working with a qualified fitter and believing data rather than general guidelines.

KBS – Kim Braly Signature – may be best known for their steel shafts, but they’ve transferred their design expertise to graphite iron shafts in an impressive way.  And yes, they are going into my bag.