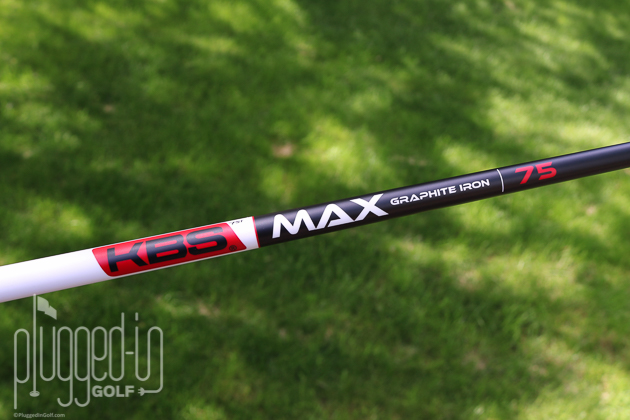 One of my favorite things about KBS is their relentlessness in expanding their product line to fit every golfer.  Not too long ago, they released the KBS Max, a lightweight steel shaft with high launch and spin.  For 2019, they’re growing the Max family with KBS Max Graphite to help golfers who want that same performance profile with even less weight. 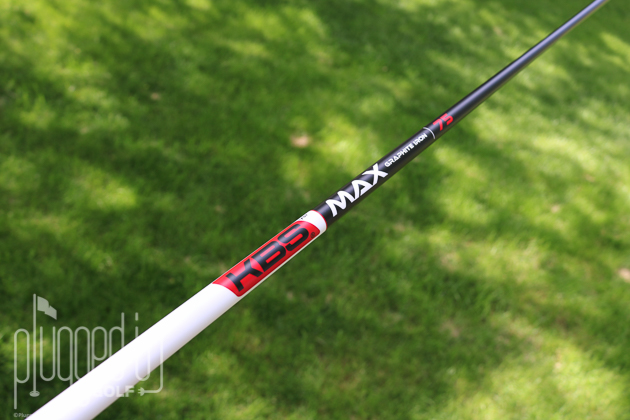 The KBS MAX Graphite has a little more flair than your typical steel shaft but doesn’t go overboard.  There’s a sharp black and white contrast between the upper and lower sections of the shaft.  KBS’s trademark red logo pops against the white background.

With the heavy emphasis on high launch and light weight, I expected the KBS MAX Graphite to feel like a noodle.  Though it’s not going to be confused with the C-Taper, I was surprised by how stable the MAX Graphite felt.  There is a pronounced kick low in the shaft, but the shaft doesn’t feel loose or twisty around impact. 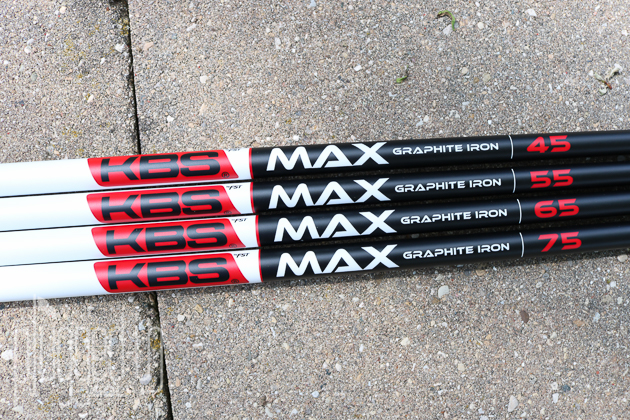 One of the major benefits of the KBS MAX Graphite shaft family is the variety of weights available.  This shaft comes in 45, 55, 65, 75, and 85 grams.  While it’s just a starting point for fitting, KBS is prescriptive about what swing speed matches each weight.  If you’re under 50 MPH with your 6I, KBS recommends the 45 gram version.  This steps up in roughly 9 MPH increments until the 78-85 MPH swinger is fit into the 85 gram KBS MAX Graphite.

KBS also emphasizes that these are high launching, high spinning shafts.  Those are characteristics that typically aren’t promoted by shaft manufacturers, but I think you’ll see more of it in the coming years.  The reason is that iron lofts are getting so strong.  When a new 5I has the loft of yesteryear’s 3I, the shaft needs to produce the launch and spin to maximize distance.

For me, the 85 gram MAX Graphite did exactly what it claimed to do: launched the ball high and far.  As someone with a fairly low ball flight, the added launch and spin added distance in the mid and long irons.  The negative for me is that the difference in weight between the MAX Graphite and my gamer C-Taper Lite (review HERE) was too dramatic to get consistent results.  I expect that I could acclimate over a longer period of time, but, at this moment, my swing works better with a heavier shaft. 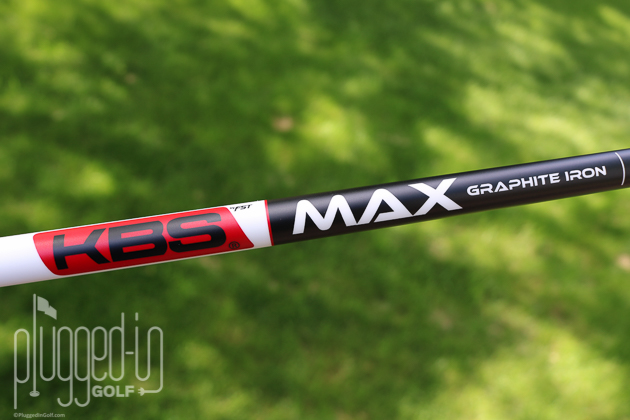 If modern iron lofts have rendered your mid and long irons useless, consider the KBS MAX Graphite shaft as a way to bring them back into play.  The added launch and spin can provide more carry distance, and the light weight may help you regain swing speed.