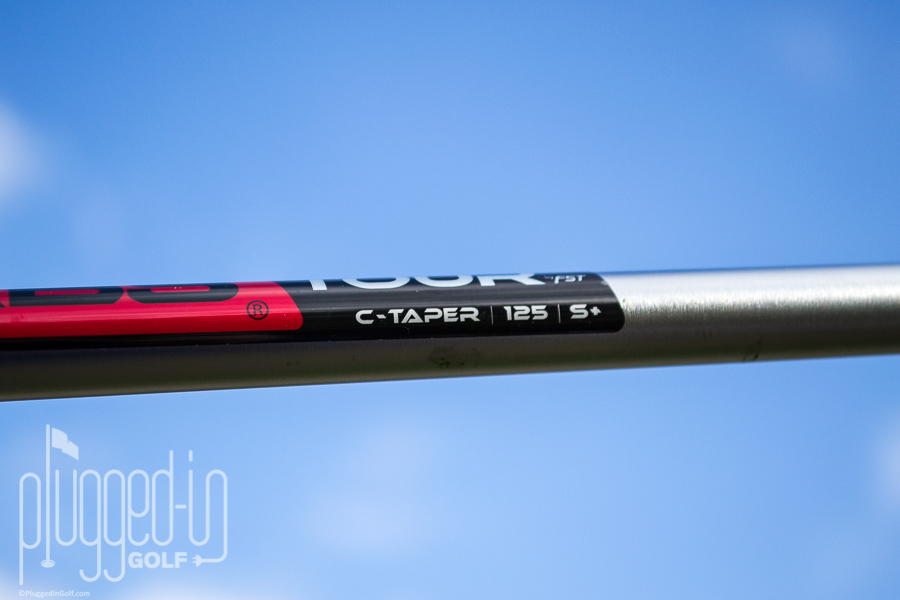 The KBS C-Taper iron shaft is amazingly accurate, responsive, and easy to control.  Low spin and stout feel make it a “must test” before installing. 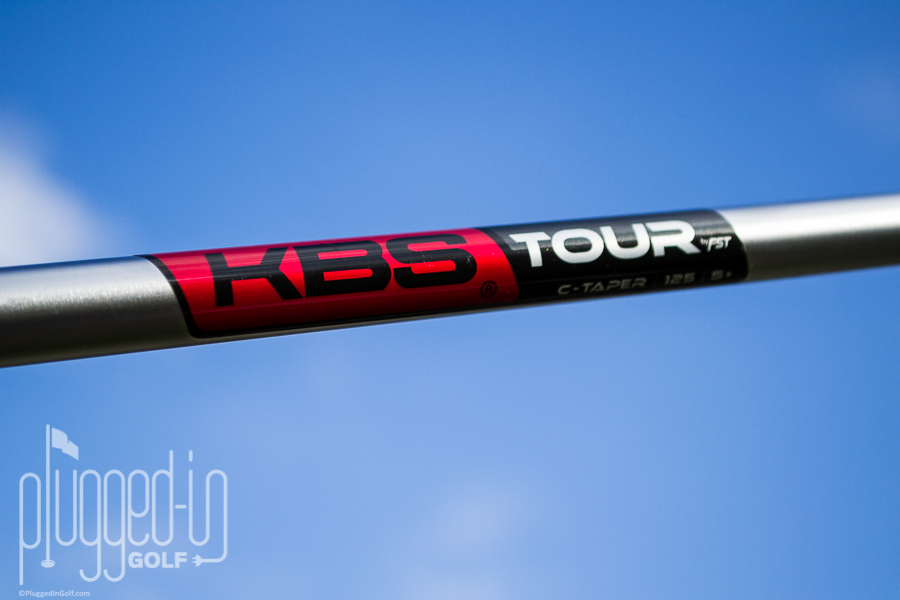 I’ll go ahead and say it: the KBS C-Taper is not an iron shaft for the faint of heart, but man, is it a killer shaft.  While low launch and low spin shafts generally feel stout and boardy, the C-Taper feels firm, direct, and smooth.  Golfer beware, the C-Taper is going to be very low launching with very low spin, but we like to say “you can hit a 4 iron down a long hallway” with it. 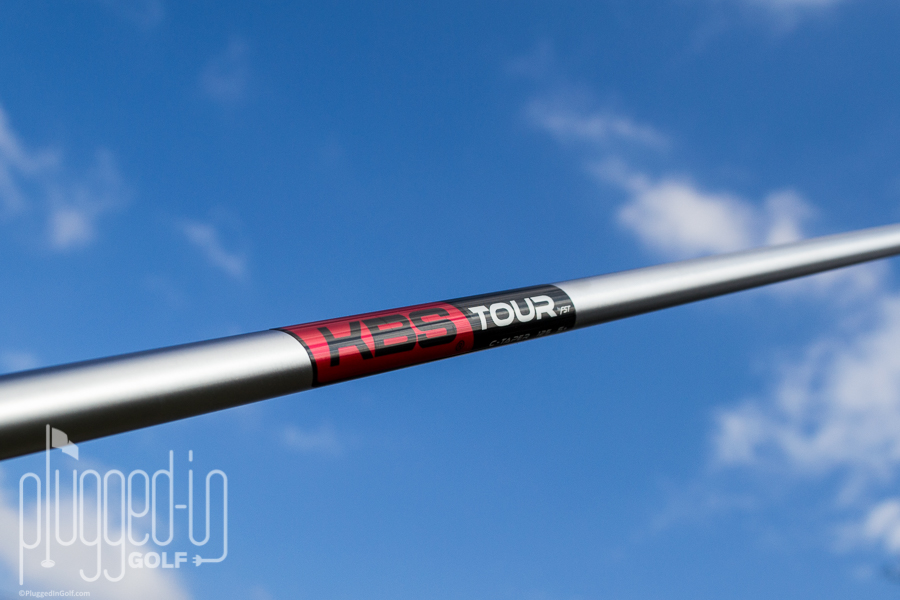 In a world where the only thing differentiating the look of a steel shaft is its label and whether or not it has steps, the KBS C-Taper has a much different appearance and texture than typically found in a set of irons.  The finish is a matte or brushed silver giving the shaft more of an industrial look as opposed to the usual sleek chrome look of a steel shaft.  The shaft is stepless and has larger shaft labels than the usual small KBS rectangle. 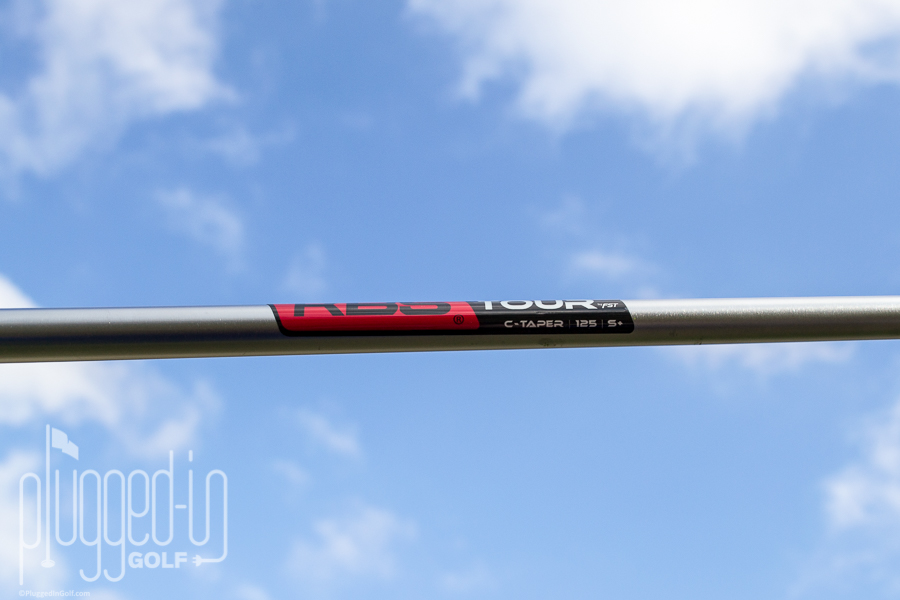 I believe the hallmark of the KBS C-Taper is its exceptional feel.  The C-Taper is easily one of the most stable shafts on the market with an extremely stiff tip section but a smooth overall feel.  Most shafts with similar characteristics tend to come off boardy, dead, and difficult to play with a lack of any “action.”  The C-Taper is exactly the opposite.  You still get the feeling of unloading the shaft but with extreme control and response making for more accurate shots.  One of the best parts of the C-Taper is the range of playability.  What I mean is that the shaft performs well on a smooth light swing and holds up great on a faster and more aggressive swing which would commonly result in a loss of control.

Of course, as we always say, it’s important to get fit and test the C-Taper first.  Many players find the C-Taper to play stiff to flex and have to make some equipment adjustments to maximize the performance of the shaft.  I originally played an extra stiff set and really struggled.  I wasn’t buying the C-Taper hype.  Then I went down to the Stiff+ (between stiff and extra stiff) and really unlocked the benefits of the shaft and became a believer.  For my money, there are fewer better feeling steel iron shafts out there. 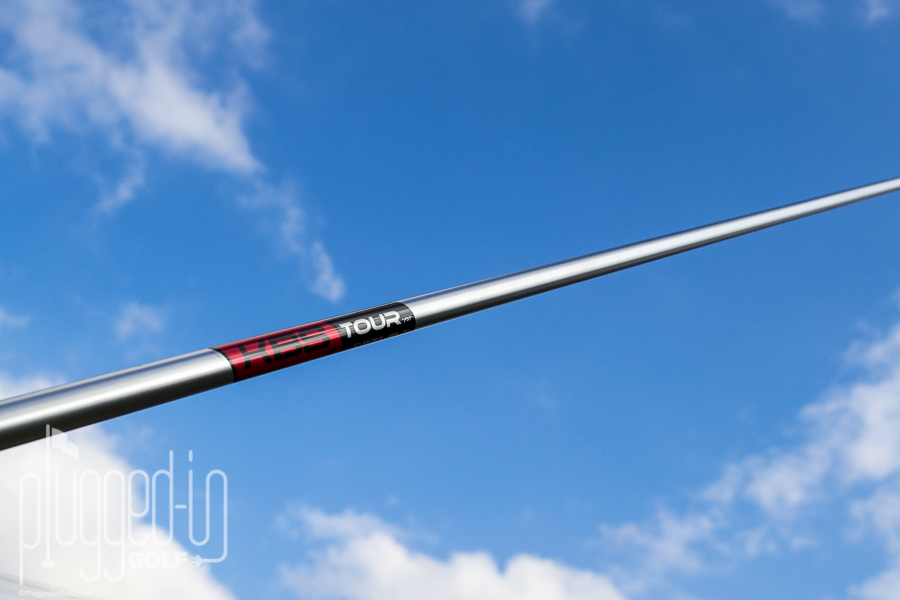 To the point of getting fit for the KBS C-Taper being an absolute requirement, this is extremely apparent in the performance of the shaft.  I really don’t think you’ll find anyone that would argue the C-Taper isn’t a low, piercing shaft with very little spin.  The degree of these characteristics is going to change depending on the iron head and the player of course, but getting the right setup in your clubs is going to be crucial.  When I played the aforementioned extra stiff set of C-Tapers, I was hitting the lowest flying shots I’ve ever hit through the entire set and nothing would hold a green.  I was struggling to get wedges to come down and hold.  When I switched to the lighter flex I saw a very strong improvement.  My ball flight was  low but it had more carry and drop and less of a parabolic flight.  I also saw improvement in spin where my shorter irons were stopping on greens and the longer irons had more appropriate rollout.

Flight and spin aside, the KBS C-Taper is easily in the top three most accurate iron shafts I’ve ever hit in terms of choosing a target line and hitting it.  It almost feels like you lock in on the line you want to hit the ball and it’s like shooting a laser right at it.  Of course, you still have to get shape, distance, and location correct, but hitting on your intended line almost feels built into the shaft. 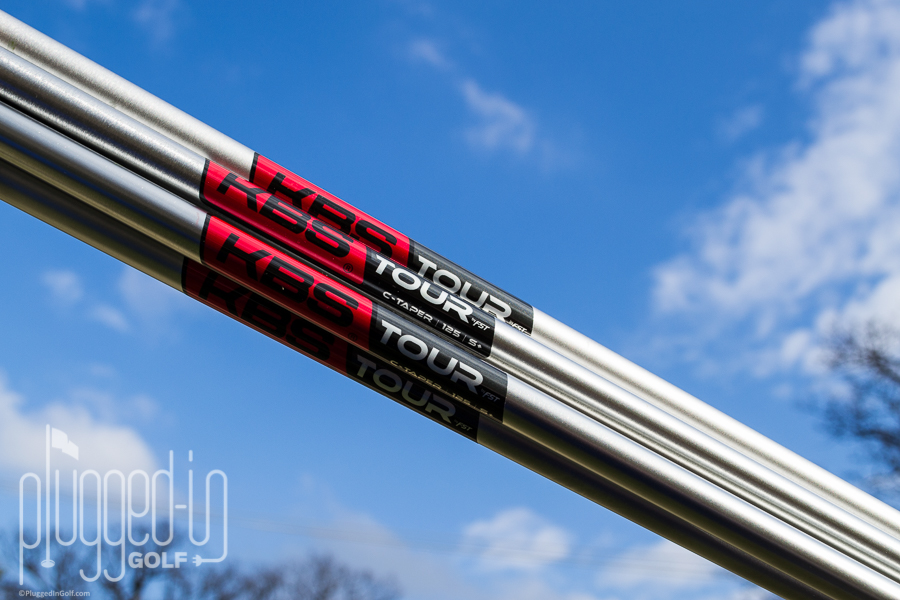 We’re very big fans of the way the KBS C-Taper plays here, but it’s important to make sure you get the right fit in your irons or else it can be a lot of shaft to contend with and difficult to tame.  If you get the combination right, you’ll be playing some of the most accurate iron shots you’ve ever hit with low spin, flight, and exceptional feel. 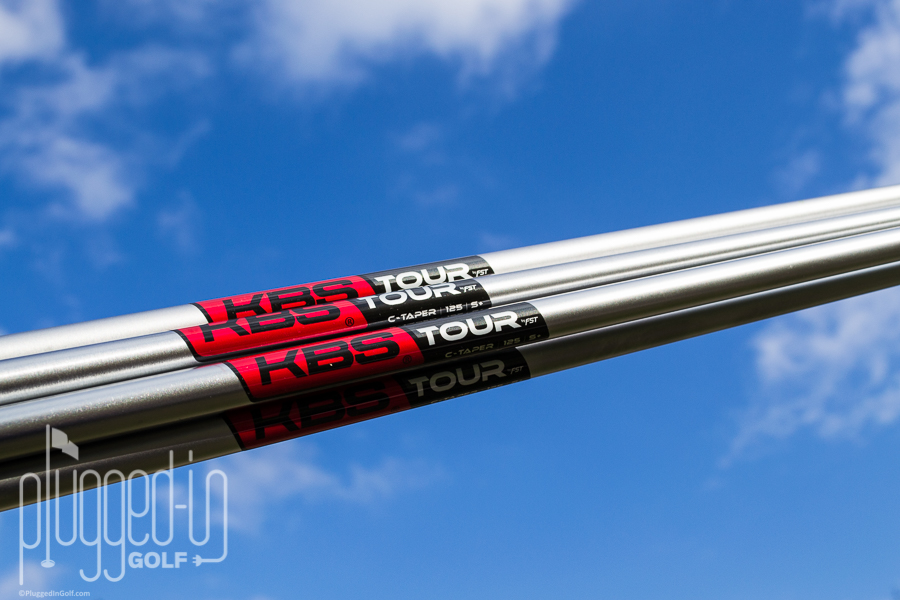 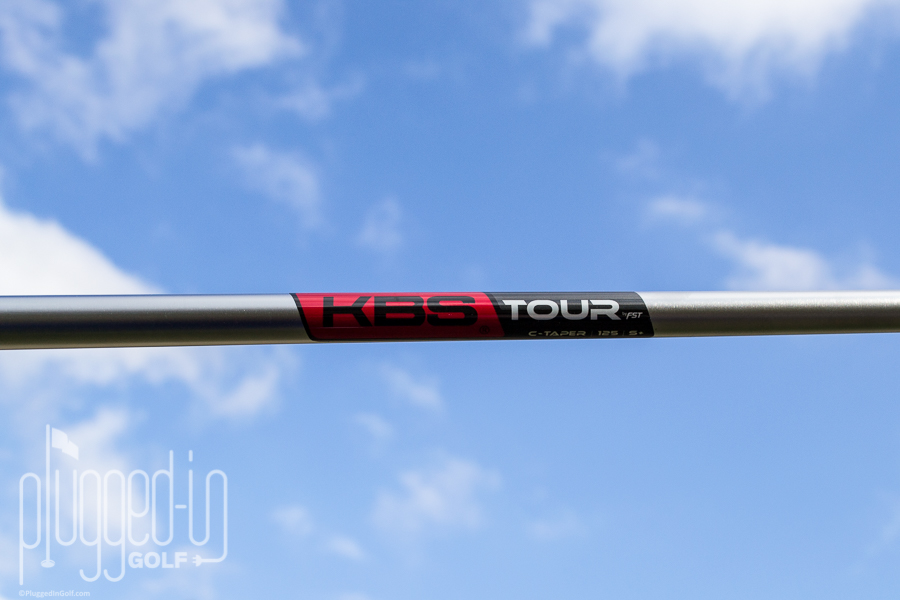