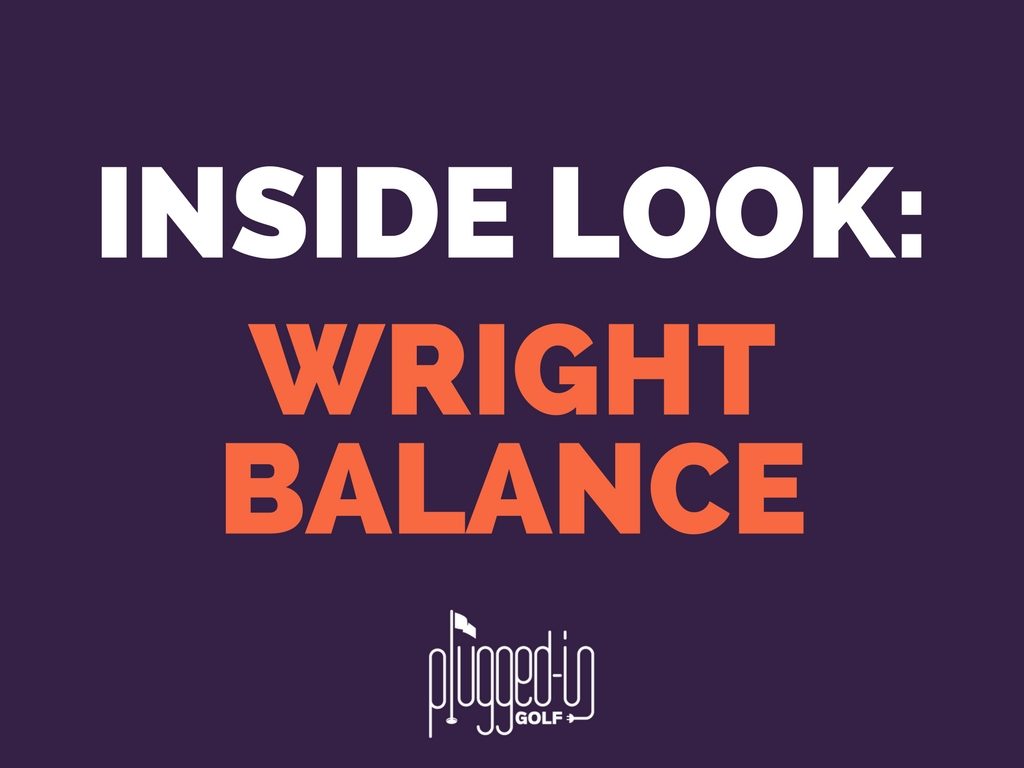 In late winter, when golf was still a far off thought for Chicagoans, I received an email from Matt Jones asking me if I’d like to come in for a Wright Balance screening.  I’d never heard of Wright Balance, so I checked out their website. My first reaction was, “This seems like BS.”  However, I trust Matt implicitly – he fit my Edel wedges and putter which will never leave my bag – so I said, “Sure, when the snow melts, let’s do it.” 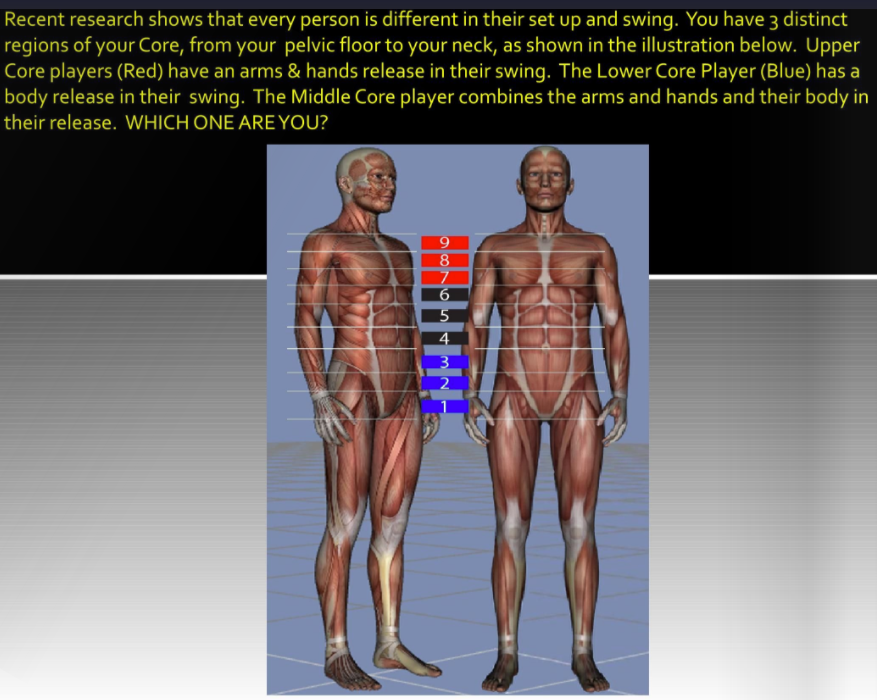 When I met Matt at Bull Valley Golf Club for my screening, he led me to a room with a couple measuring devices, a small basketball, and a laptop.  This wasn’t quite what I was expecting.

The process started with static measurements – height, weight, shoe size, and a measurement of my shoulders.  Each of these numbers was input into a computer program which then spit out nine stance widths.  Matt marked a paper ruler at these distances and we started the next phase.

With the ruler on the ground, I stepped to the narrowest stance width.  Matt placed a bar across my hips and noted that they were miles from square.  As I worked my way through the nine widths, Matt made note of the distances at which my hips were square.

Next, Matt put the miniature basketball in my hands.  I went back to the narrowest width and, with the ball between my palms, made a back swing.  Matt stood behind me, told me to keep the ball up, and proceeded to push the ball down with two fingers.  I was in disbelief.  I’m pretty strong, but this demo made me feel like a 90 pound weakling.  When I got to one of my “square” stance widths, however, I was able to hold the ball up against all of Matt’s downward pressure.

At this point I was all in, but Matt had one more demo for me.  He told me to close my eyes, raise my arms in front of me, and point my thumbs at each other.  Seems easy enough, but I could only do it from my “square” stance widths.  I felt like I was on a hidden camera show.  I would never have believed any of this, but I had to learn more. 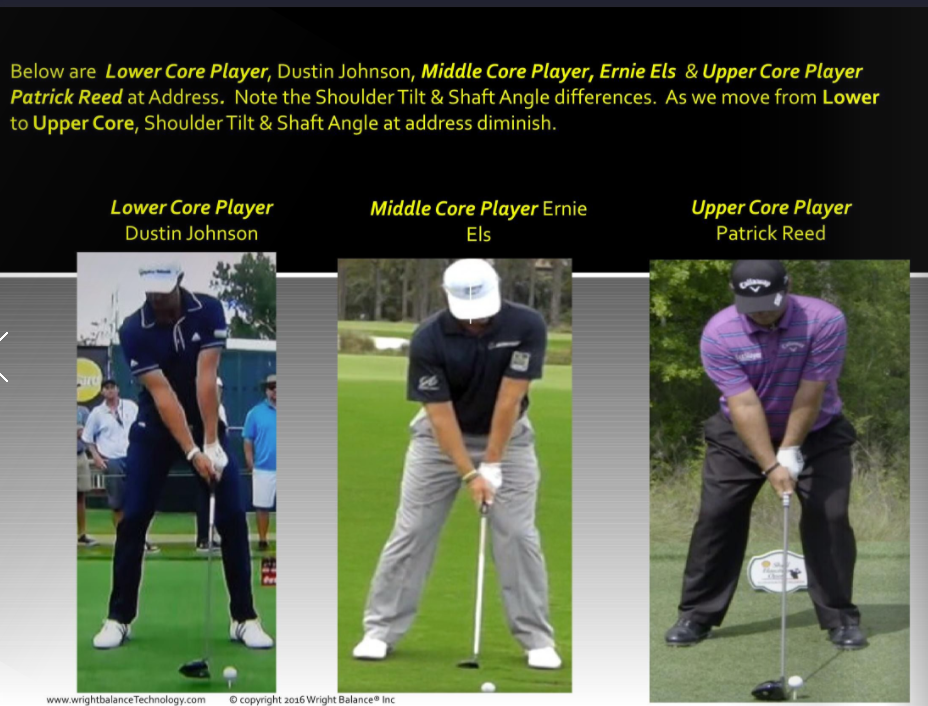 With my mouth agape, Matt and I sat down so he could explain this to me.  He told me that each of the nine stance widths that he marked was connected with a segment of the core – three upper, three middle, and three lower.  I was able to square my hips, be strong, and move my arms evenly from the three middle core positions.

How does this apply to golf?  Dr. Wright has found that there are certain swing characteristics that match each core region.  If you’re an upper core player, you will exhibit certain tendencies and particular mechanics will fit your body more easily.  This covers everything from grip to posture to positions during the swing.