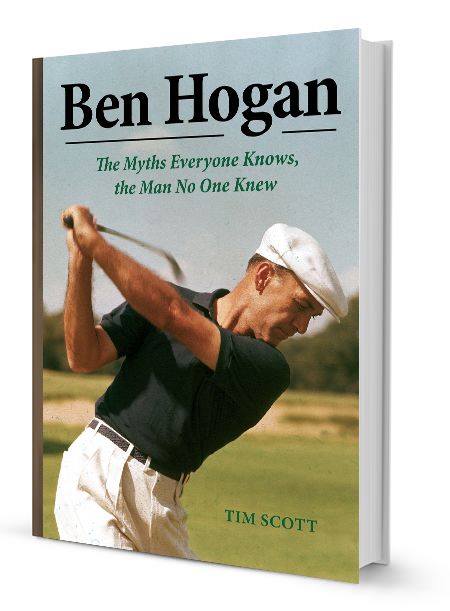 (FORT WORTH, TEXAS: June 15, 2015) – Father’s Day is a special time of year and the Ben Hogan Golf Equipment Company is offering the most special gift for that unique golfer-a better short game.

Purchase a gift certificate for one, two or three of the new Ben Hogan TK15 wedges and you will receive a free copy of the newest book about Ben Hogan: Ben Hogan The Myths Everyone Know. The Man No One Knew.

This inside look into Mr. Hogan was authored by Tim Scott, Mr. Hogan’s Vice President of Sales and Marketing for over a decade back in the 1970s and early 1980s. Tim enjoyed a very close personal relationship with Mr. Hogan, and his insight into the man behind the mystique is entertaining, informative and yours to keep. We know the dad in your life will enjoy his new Ben Hogan wedges and Tim’s book more than you can imagine.

“It is no secret that Mr. Hogan was deadly accurate with his wedges and short irons,” said Terry Koehler, President/CEO of the Ben Hogan Golf Equipment Company. “Our goal with the TK 15 wedges was to make the most accurate Hogan wedges ever, while at the same time making them playable from any lie. Mr. Hogan would be proud of these.” 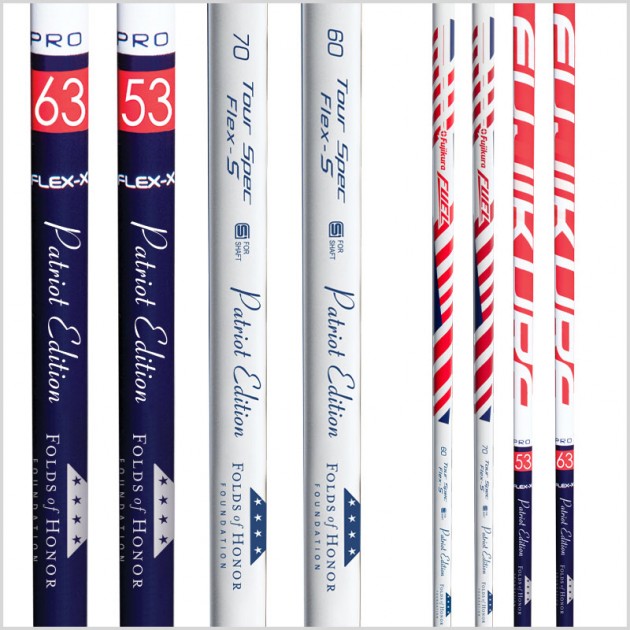 (Vista, CA – June 15, 2015) – Fujikura and the Folds of Honor Foundation have teamed up to give golfers a way to improve their game while showing their patriotism and giving educational scholarships to the military families of those who have been killed or disabled while in active duty.

As many know, Fujikura makes the most highly sought after, high performance golf shafts in the world. In fact, the Darrell Survey recently reported Fujikura the #1 Driver shaft brand on the PGA, LPGA and Champions tour.

Fujikura has announced that they are teaming up with the Folds of Honor to provide support to these families by creating a custom painted and limited edition “Patriot” edition of their PRO series and Fuel Tour Spec branded shafts. The shafts are red, white and blue and have the Folds of Honor logo and the words “Patriot Edition” printed on each shaft.

Fujikura aftermarket shafts are only available via certified specialty golf retailers and club fitters traditionally, but Fujikura has also partnered with club and grip manufacturers so that they can offer golfers the ability to customize their shaft on FujikuraGolf.com and ship it play-ready direct to the customer. They are still encouraging golfers to visit one of their Charter Dealers to get properly fit, but for players who know their specs and want to buy online, Fujikura is hopeful that giving customers and supporters more options will increase sales and therefore, increase the proceeds donated to the F.O.H. Foundation.

Dave Schnider, President and Chief Operations Officer at Fujikura Composites LLC explains why Fujikura is going above and beyond to support the Folds of Honor Foundation.

“I had the pleasure of meeting Major Dan Rooney at a PGA Ambassador Conference in the Dominican Republic back in 2012. My wife and I had dinner with Dan and his wife and got to hear Dan’s inspirational story about that fateful night, as he describes it, he decided to create the Folds of Honor Foundation. I was really drawn in by the fact that here is a PGA Professional who is applying his two biggest passions, Golf and the Folds of Honor Foundation, to help the children and spouses of the military sacrificing their lives for our country. ”

Schnider added, “We have been committed to supporting the Folds of Honor Foundation ever since and we look forward to increasing our level of support year over year. We feel fortunate that we can contribute to such a wonderful cause in a way that is also helping to grow the game of golf.”

The Patriot edition shafts are available on the Fujikura website at FujikuraGolf.com within their online accessories store. Customers can choose from 11 different weight/flex options and then choose the tip and grip of their choice. Custom length is also an option offered. The price is $175 and Fujikura is offering to build up the custom driver shaft and ship directly to customers so that they can plug-and-play! The proceeds will go to the Folds of Honor Foundation via a check presentation at the 2016 PGA Merchandising Show in Orlando Florida at the end of January. 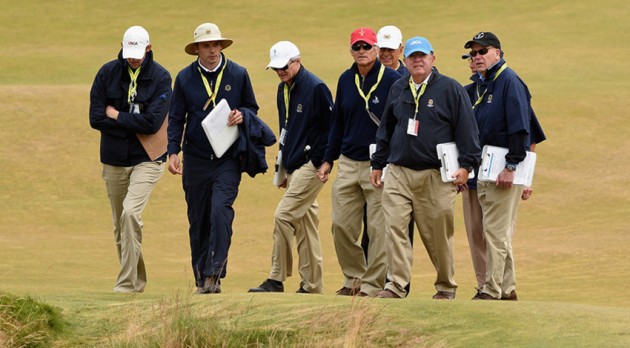 Chambers Bay is a unique U.S. Open course, and that means there will be unique local rules this week. Thomas Pagel, the USGA’s senior director, Rules of Golf and Amateur Status, spoke with PGATOUR.COM about how putting surfaces are marked on a course where fairways and greens look the same and why players will be able to remove stones in sand bunkers. Read more below.

PGATOUR.COM: With greens and fairways being almost indistinguishable, how will players differentiate between the two?

Pagel: It’s a pretty simple solution. It’s the same thing we did in the 2010 U.S. Amateur (at Chambers Bay), same thing we’ve used when we’re at Bandon Dunes, when you have these golf courses where the turf is the same from putting surface to surrounds. We have a series of dots that goes around the putting green, so every 3 feet there’s a little white dot about the size of a nickel, and the outside edge of that dot delineates the putting surface.

PGATOUR.COM: How did the USGA determine where to put the dots?

Pagel: If you look at the putting greens, there is going to be no roundness to them because we are going dot-to-dot, so it’s a bunch of straight lines around. We have the contour maps, so we followed those in building the dots. We know what the architect intended. (USGA executive director) Mike (Davis) did that with the superintendents, because they know what the putting greens were intended to be. In fact, if you look around, there’s a lot of sprinkler heads around the golf course and the sprinkler heads are always right off the edge of the putting green, so they were able to use that as a guide.

PGATOUR.COM: The ground game is important this week. What happens when those sprinkler heads are in a player’s line?

Pagel: We used this at Pinehurst, we’ll use it again this year as well, the local rule for sprinkler heads close to the putting green. If it’s on the player’s line of play, he can drop it to his nearest point of relief. The thought is that we want the player to have options, and one of those options is to keep the ball on the ground, so if he has something on his line of play, we want to make sure he gets free relief from that.

PGATOUR.COM: Players will be allowed to remove stones from bunkers. Explain why that is.

Pagel: The second local rule, one that I don’t recall us using in the recent past, is that we are allowing the players to remove stones in bunkers. That is primarily a safety deal. Being a former gravel pit and sand mine, there are big pebbles that will come up, significant ones. Whereas a player typically can’t move those, this week he will be able to. The test is if you can easily move it. Players can’t dig down and grab it, but if it’s on the top they can move it. If it leaves a little indentation, that’s OK, but we aren’t going to let them dig anything out.

PGATOUR.COM: What happens if a player’s ball is against a rock, and removing the rock would cause the ball to move?

Pagel: They’re actually classified as a movable obstruction, which is sort of contradictory because movable instructions are actually man-made, and rocks definitely aren’t. The key with the movable obstruction point is that if the ball is up against a rock, and the player wants to remove the rock, he can. If his ball moves, there is no penalty. It’s just like if your ball is up against a rake. If your ball moves, there’s no penalty and you put it back. It’s the same thing with these rocks.