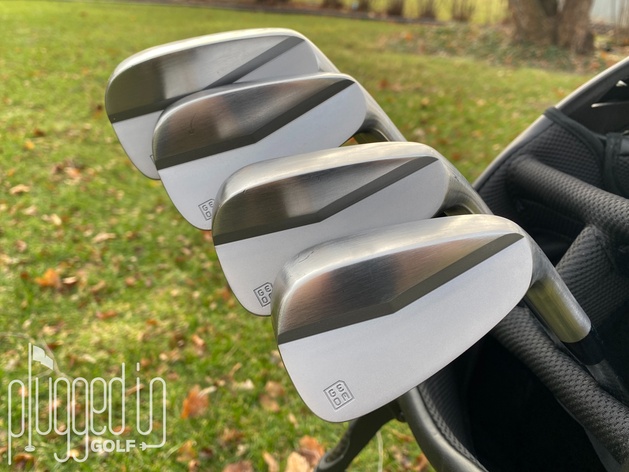 The GEOM Golf Lee irons are a great complement to the Moe irons.  Gorgeous, minimalist blades sold in half sets to promote shot making.  Superb feel. 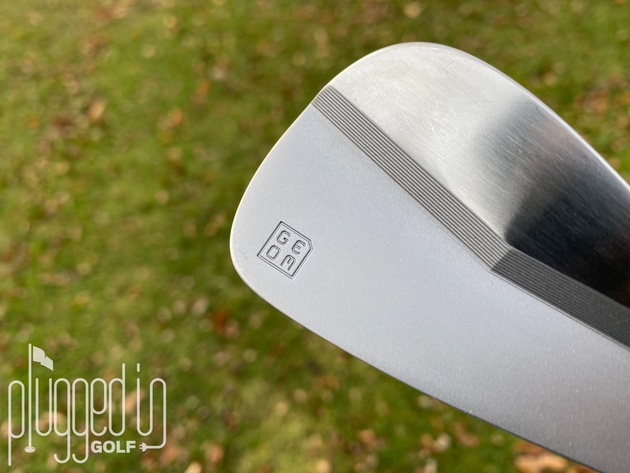 The Lee irons – named for trailblazing golfer Lee Edler – represent Geom’s second original design.  Coming in the wake of the Moe irons [full review HERE] – a set which still lives in my bag – they have very large shoes to fill.  I was eager to get this set built and put them head to head with my gamers.

Before I get any farther, I want to thank Nippon for providing the Modus 115 shafts [review HERE] and Club Champion for building the clubs to perfection. 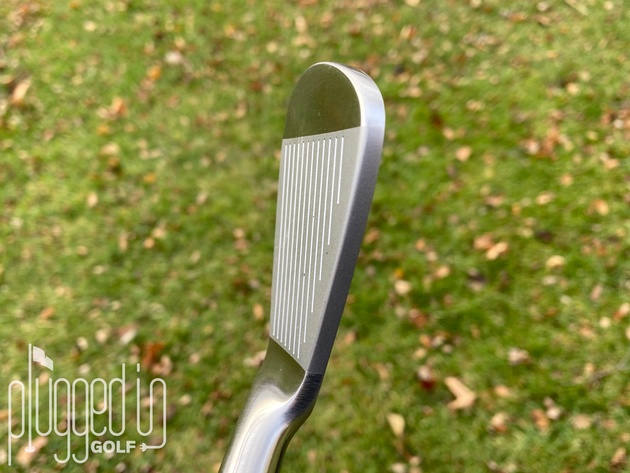 Seeing that the Lee is a blade, you might expect an extremely thin top line and virtually zero offset.  This isn’t the case.  The offset specs are identical to Moe, and the top line is nearly so, which is to say that both are well within the realm of players irons but aren’t intimidating.  This is done intentionally to allow for seamless blending of the two sets.  It also appeals to the skilled player who doesn’t want to swing a butter knife.

In the bag, Lee is the epitome of minimalism.  The lower portion of the blade has a triangular shape that’s bordered with parallel milling lines.  A small “GEOM” logo graces the toe without paint fill.

Like Moe, Lee begs golfers to express themselves.  Geom has partnered with Twirled Clubs so golfers can have easy access to an array of creative finishes, stamping, paint fills, and ferrules.  At this time, Lee is only available stock in a raw finish, so expect it to rust over time. 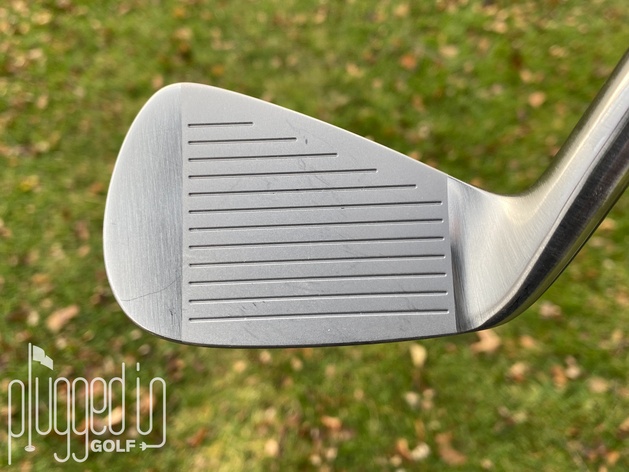 Lee and Moe are both forged from 1020 carbon steel, so it’s unsurprising that there’s a strong family resemblance when it comes to feel.  What comes through most is how solid the strike feels.  There’s nothing thin, fast, or modern about impact – this is forged steel trying to make a round ball flat.  That said, the ball also feels soft on the face and even mishits aren’t harsh or stinging. 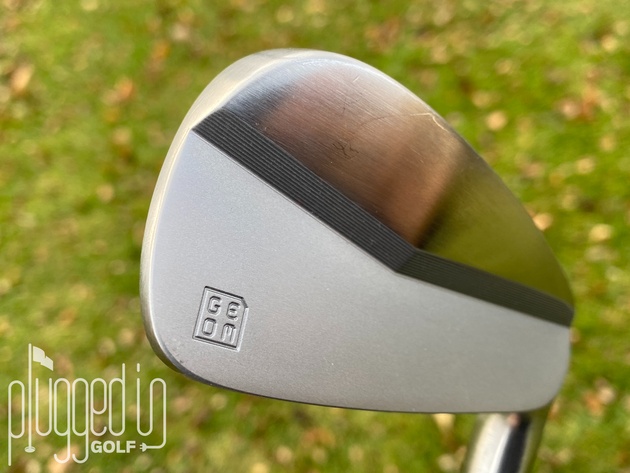 The Lee irons that I tested are raw, which is different than my chrome-plated Moe irons.  This creates a subtle difference in feel.  The ball feels a little heavier on the face of the raw iron, which could feel softer to some players.

I found a slightly larger difference in the feedback of the two irons.  As you would expect, Lee demands a bit more from your ball striking if you want the best feel.  Poor strikes won’t sting, but “good-ish” shots won’t cut it with Lee. 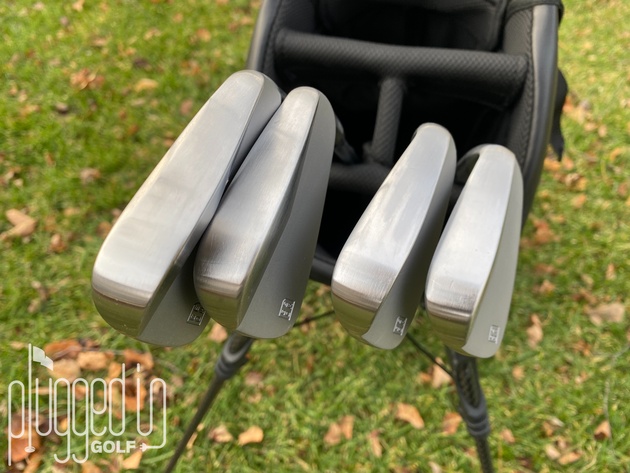 With combo sets at the forefront of their mind, Geom designed the Lee irons with the same offset and loft specs as the Moe.  The eight degree gaps between clubs are roughly twice as large as “standard” meaning that there’s more room for in-between shots.

A blade iron sold in half sets is as close to the definition of “niche product” as you can get.  But for those who play in that niche, Lee is heaven.  There’s no shot that you can’t create with this iron.  Even hitting it indoors on a launch monitor is a joy, trying to make the shot tracer ribbons tie themselves in knots.  If you’re into minimalist golf, or thinking about trying it, these irons are as good as it gets. 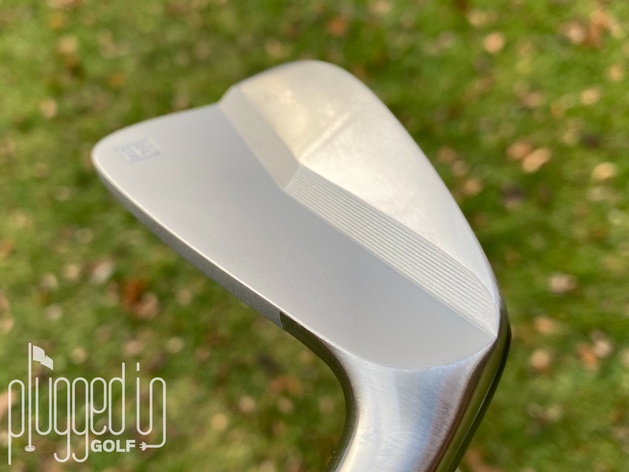 The major difference between Moe and Lee is the center of gravity.  Moe has a lower CG meant to help launch the ball higher.  Lee has a higher CG for lower launch angles and higher spin.  In my testing, I found the difference between the two irons to be modest.  It’s a tweak, not a full makeover.  This makes sense given the focus on combo sets and the fact that better players likely don’t want wholesale changes to their ball flight.  I’ll also note that I’m a low launch, low spin player, and other swing types may see larger differences.

In addition to the change in CG, there is a gap in forgiveness between Lee and Moe.  In the higher lofted irons, the difference is measurable but may go unnoticed on the course.  Small mishits are still going to play fairly well.  As you get into the longer irons, mediocre strikes start to come up meaningfully short of the target. 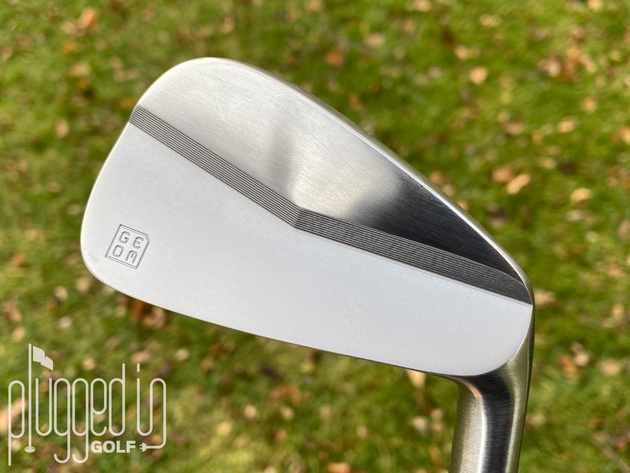 Whether you pair Lee with Moe or take on the challenge of a full blade set, these clubs will unlock your inner shot maker.  They have beautiful, clean looks and a feel that will keep you on the range past dark.  The hardest decision may be how to customize the look to make it your own. 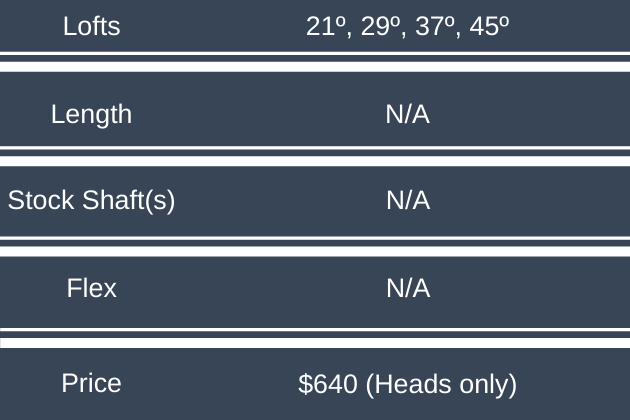