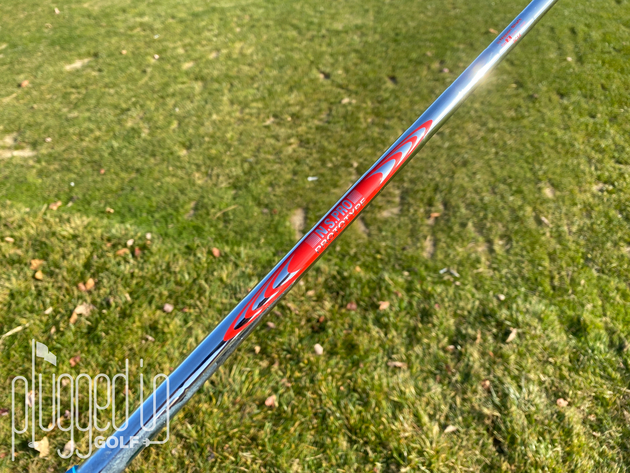 The Nippon Modus Tour 115 iron shaft is a great addition to the Modus family.  Mid-launch and mid-spin.  Stable and easy to control.  Trademark smooth feel.

10 years ago, Nippon launched the Modus into the Tour-level steel shaft market that was absolutely dominated by two other brands.  A decade later, you can’t talk about the category without mentioning Modus.  With over 200 professional wins, a pair of majors, and Tour usage that grows every year, Modus is a proven winner.  To celebrate the 10th birthday of Modus, Nippon is adding a new model to the line: Modus Tour 115. 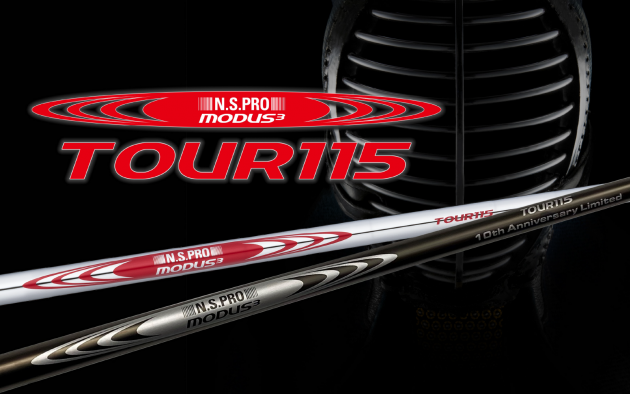 The Modus Tour 115 has a couple different looks available, if you act quickly.  At release, there will be 2,020 sets offered in Luxury Black with silver graphics.  Once those are gone, the standard chrome finish with red graphics will be available.

A small thing that I’ve always liked about Nippon shafts is that they print their graphics on the shaft rather than using stickers.  Stickers peel off or bubble, but Nippon’s graphics always look perfect.

Note: The in-hand photos in this review feature prototype graphics.

Every Nippon shaft I’ve ever swung – and I’ve tried them all – has one thing in common: they’re smooth.  The Modus Tour 115 is no exception.

This combination of a Tour-style profile, mid-weight, and Nippon’s trademark smooth feel was outstanding for me.  The Modus 115 can hold up to an aggressive swing, but it doesn’t compel you to swing all out.  This made me feel comfortable hitting all manner of shots with it. 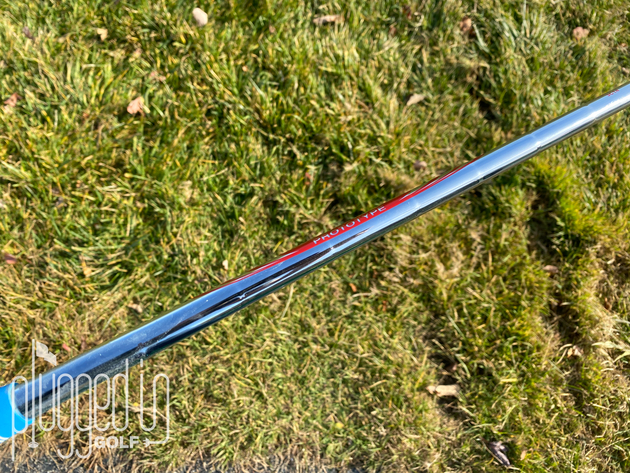 Nippon refers to the Modus Tour 115 as having a “simple” EI profile that “responds universally to the player’s intention.”  That’s a much more interesting way of saying exactly what I found in my testing which is that this shaft does exactly what you want it to do.

For me, the consistency and shot-making capability of the Modus 115 is huge, and it’s equal parts specs and feel.  Of course a shaft that’s going to handle high swing speed needs stability and lower torque, that’s a prerequisite.  What elevates it is the fact that it feels the same during almost any swing.  Knowing exactly what I’m going to get from the shaft, I can confidently make adjustments to hit different shapes and trajectories.  Because I felt like the Modus Tour 115 would let me do anything I wanted, hitting it became addictive.

Nippon states that the untrimmed weight of the Modus 115 is 120 grams, which is similar to what I’ve been playing for the last several years.  This weight class is also becoming more common among better players who realize they no longer need a 130 gram shaft to get stability.  Shaving off a few grams not only offers the possibility of distance gains, it reduces fatigue. 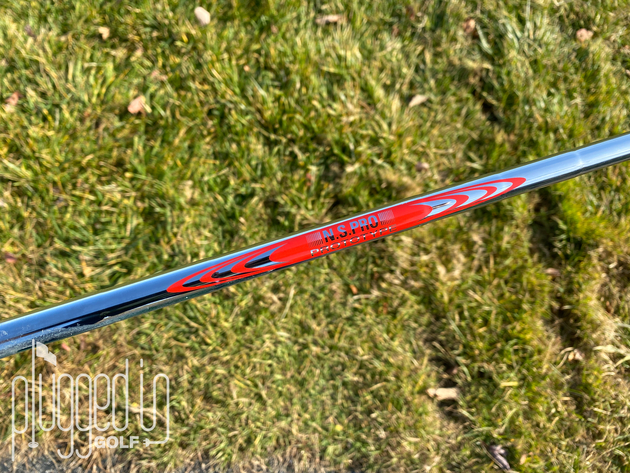 Regardless of what Tour-style shaft you play now, the Nippon Modus Tour 115 is worth serious consideration the next time you’re looking to upgrade your irons.  The combination of slightly reduced weight with smooth feel and stability makes it an ideal choice for the skilled and aspiring player.  This is a shaft that could very well be in my irons and wedges in 2021.