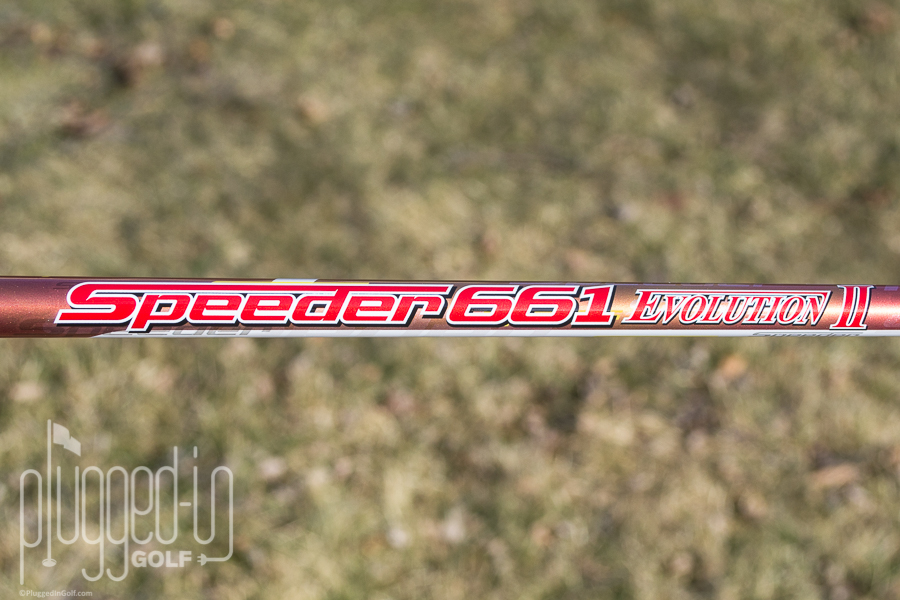 The Fujikura Speeder 661 Evolution II shaft has made the greatest impact on my game of any gear in the past decade.  Perfect feel, performance, and killer looks. 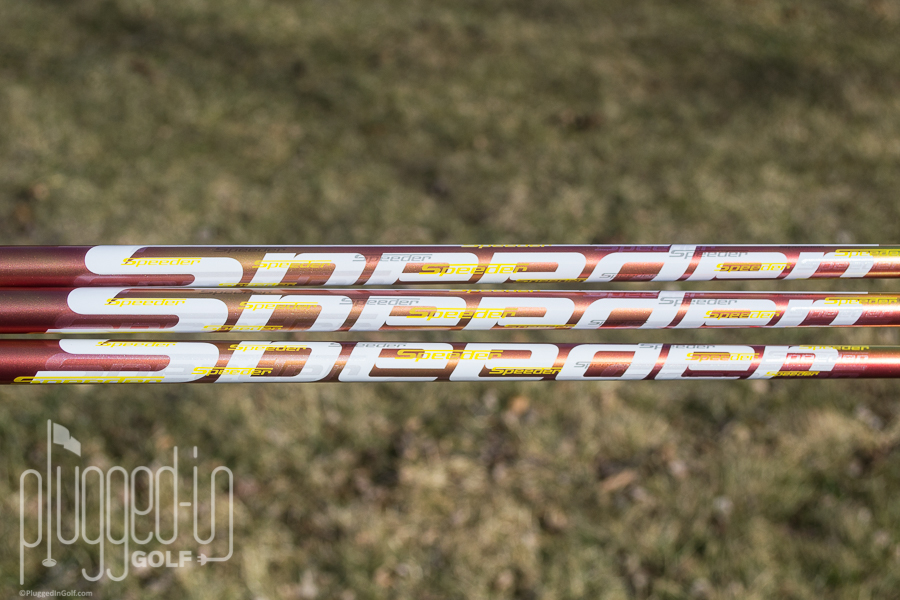 I’m 100% serious when I tell you that I can’t remember the last time I was hitting a driver this well.  My initial experience with the Fujikura Speeder 661 Evolution II was messing around at Club Champion one day and the 661 made a very immediate impression on me.  I was consistently seeing numbers unlike anything I’ve seen in recent memory.  Never one to let the industry pass it by, Fujikura used its proprietary Metal Composite Technology along with a little bit of counterbalancing to make the Speeder 661 Evolution II a perfect match for heavier modern heads with the same elite feel and performance. 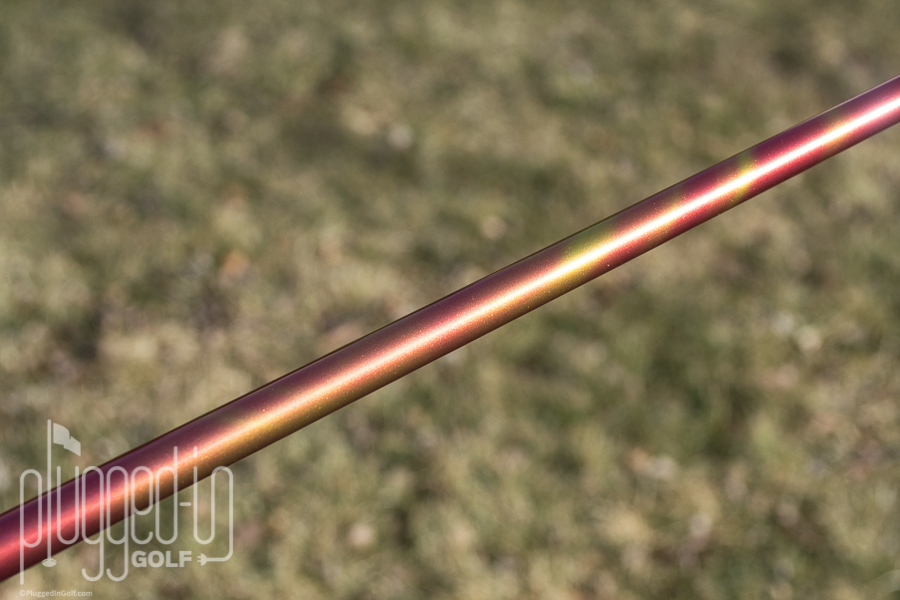 There’s a common theme in the high-end shaft market right now of cool, bright, and trippy finishes.  The Fujikura Speeder Evolution II series has joined that rank, and I love it.  After a smooth blue and red finish on the original Evolution series, Fujikura has followed up with the Evolution II in a metallic red, orange, and yellow finish that looks like fire.  (There has to be a “this shaft’s on fire” joke in here somewhere…)  Graphic-wise, the Evolution II is about the same as the Evolution, but look a lot cooler on their new backdrop.  I’ll tell you what, if you put this shaft in any driver head, it looks cool, but when you put it in something like the Cobra King LTD, it looks absolutely amazing. 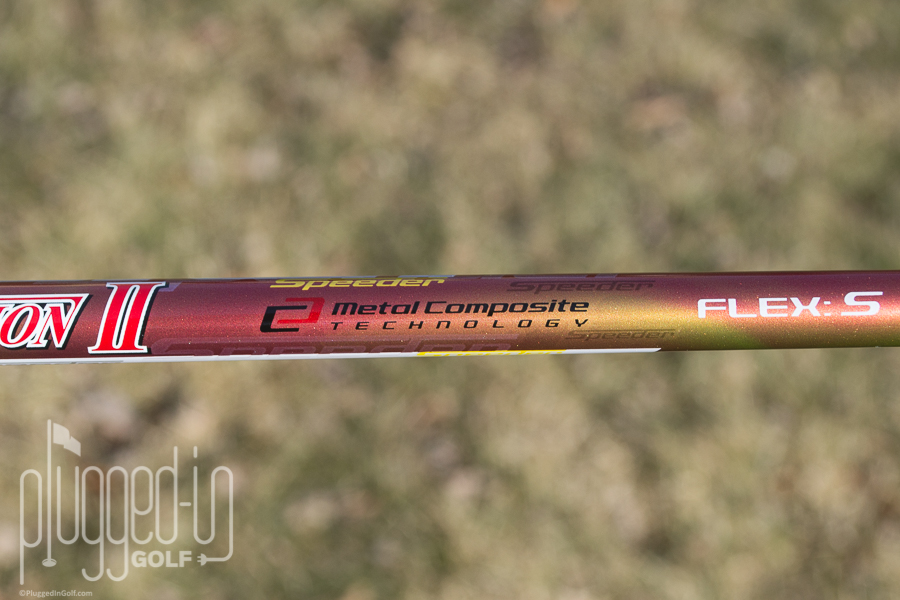 I’ve always felt one of the hallmarks of Fujikura shafts is the smooth feel, and the Speeder has been amongst the smoothest since the name first appeared.  True, as flex and weights change, you will notice a difference but they never feel boardy or horribly stout.  The Fujikura Speeder 661 Evolution II has that signature Speeder-smooth feel (…and I mean SMOOTH) but there’s a little extra whip in the shaft that gives you a feel of extra kick and the ball cracking off the face. I’ve tested and played a good handful of Fuji shafts over my golf “career” but I’ve never hit one that has as much life as the Speeder 661 Evolution II.

Fujikura has made the Speeder Evolution II series more counterbalanced and with a stiffer tip.  The reason behind this is that as head designs have evolved over the last few years, the head weights have gone up and older shafts flat out weren’t working as well.  The little bit of counterbalance and the stiffer tip make for a much more balanced golf club that stays consistent and under control throughout the golf swing.

Ok, so normally in a shaft review this section is just called “Feel” but I purposely added “Sound” to the title like we do in our club reviews.  It’s not uncommon to get a different sound when you switch shafts, but it’s typically related to swinging the club differently, different swing speeds, or some other player variable based on interaction with the equipment.  I fully believe that to be the case here, but since I put the Speeder 661 Evolution II in my driver, I’ve never had sounds like I’m getting out of my driver at this point.  I’m finding the sweet spot with higher speeds much more frequently which is giving me one of the purest cracks off the face I’ve ever heard. 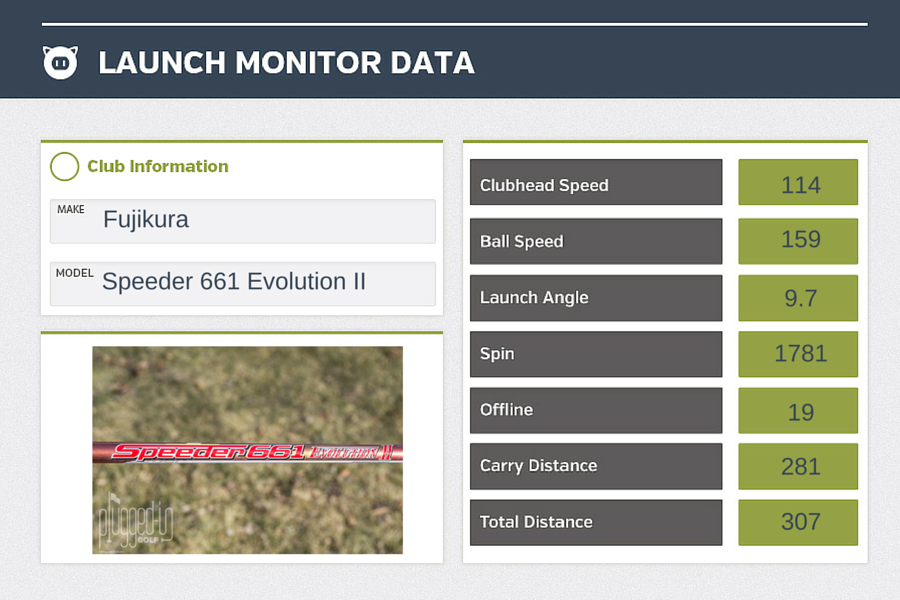 I love everything about the Fujikura Speeder 661 Evolution II, but its performance is definitely where the rubber meets the road for me.  When Matt reviewed the 757 Evo II, he commented that he was experiencing near optimal numbers.  What’s interesting to me is that we both have very different swings, but I had the same experience.  Actually, I wasn’t crazy about the initial spin numbers (seen above) so I made a couple of adjustments to give me a little more spin, but since then, I’ve only seen improvements from the numbers above.  I get about 8 yards less rollout since testing, but better carry and more total yardage.  Most importantly, the Speeder 661 Evolution II isn’t just really long but it’s easy to control and hit different shots with.  I would say its strong suit is definitely the rising mid-trajectory shot, but when you need to hit the ball higher in the air it’s no problem at all.

I can’t speak for everyone, but at least for me, this shaft is proving to be consistently long.  An added bonus to the length of the 661 Evo II is the yardage on bad shots.  Previously when I was hitting poor drives, I was hitting them around 240-250 yards.  Since making the change to this Speeder 661 Evo II I’ve found that my poor drives are more in the range of 260-275 yards total.  This is huge.  That distance could be a difference of two to three clubs into the green.

Long story short, the initial numbers I got in the graphic above caught my attention and follow up investigation of the Speeder 661 Evolution II made putting it in the bag a no brainer. 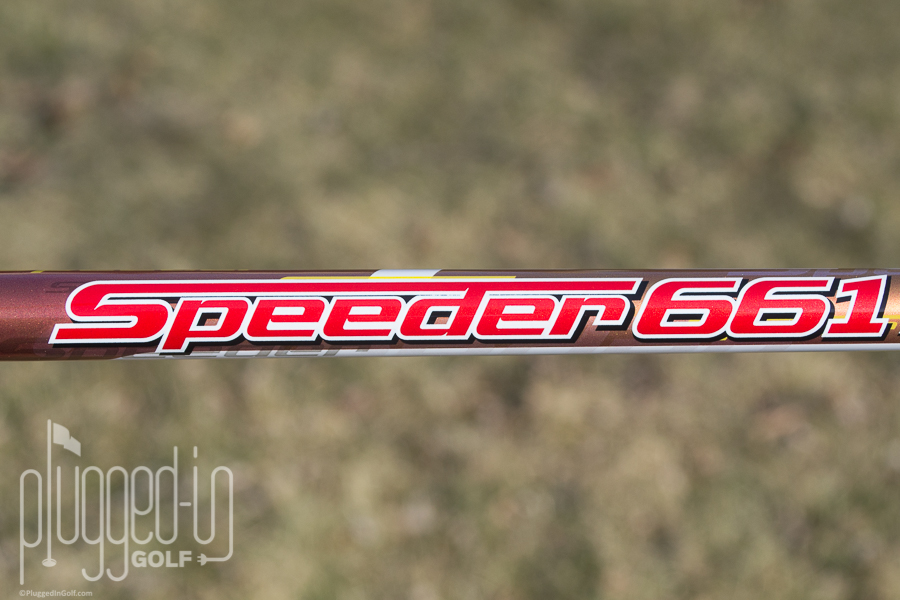 It’s one thing to be impressed by a new piece of equipment, or get that “honeymoon” feeling when you try it out for a bit.  It’s a whole different animal when you stumble upon something that totally changes how you’re playing the game.  I never hit the original Speeder 661 Evolution, but after hitting the Fujikura Speeder 661 Evolution II, I don’t need to.  No strangers to attention to detail, Fujikura made just the right tweaks on an already successful shaft to create one of the best pieces of golf equipment I’ve ever played in the Speeder 661 Evolution II.  As we always stress, it will not be a perfect fit for everyone, but next time you’re at a fitting or testing shafts, make sure to ask the fitter to try something from the Speeder Evolution II series. 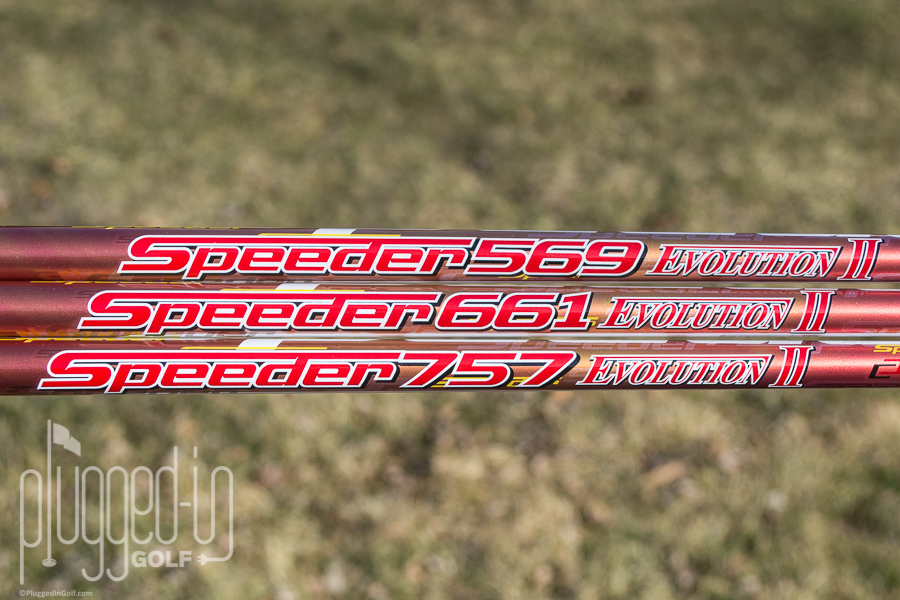 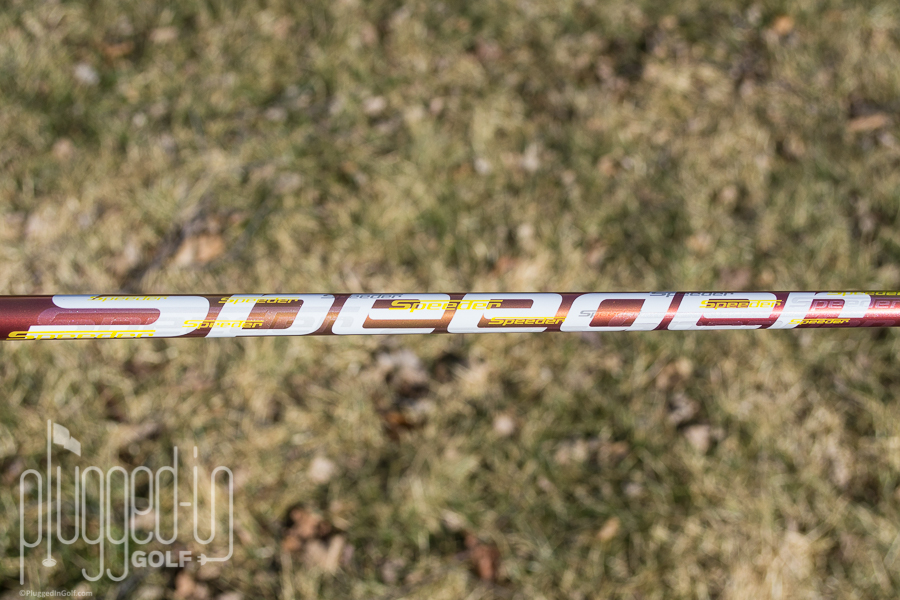 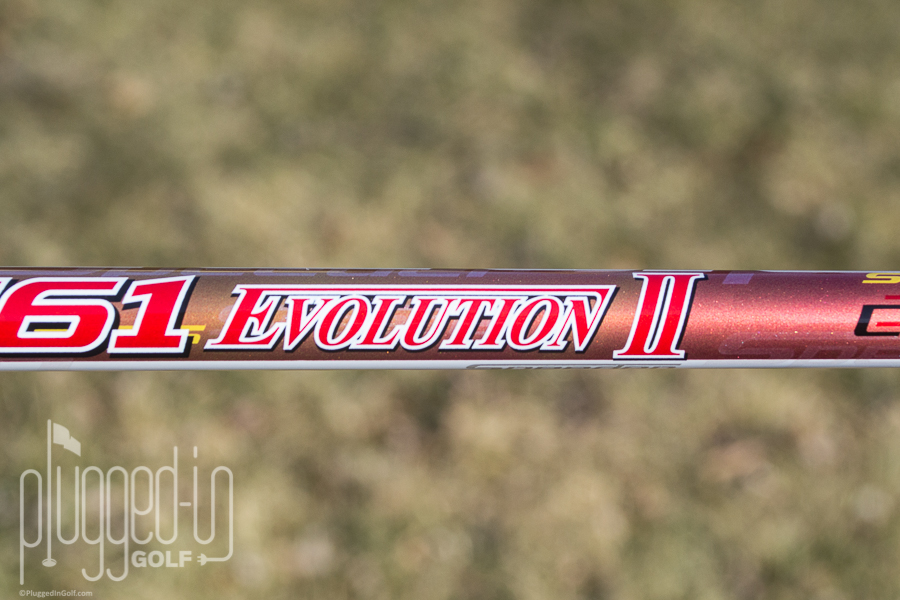