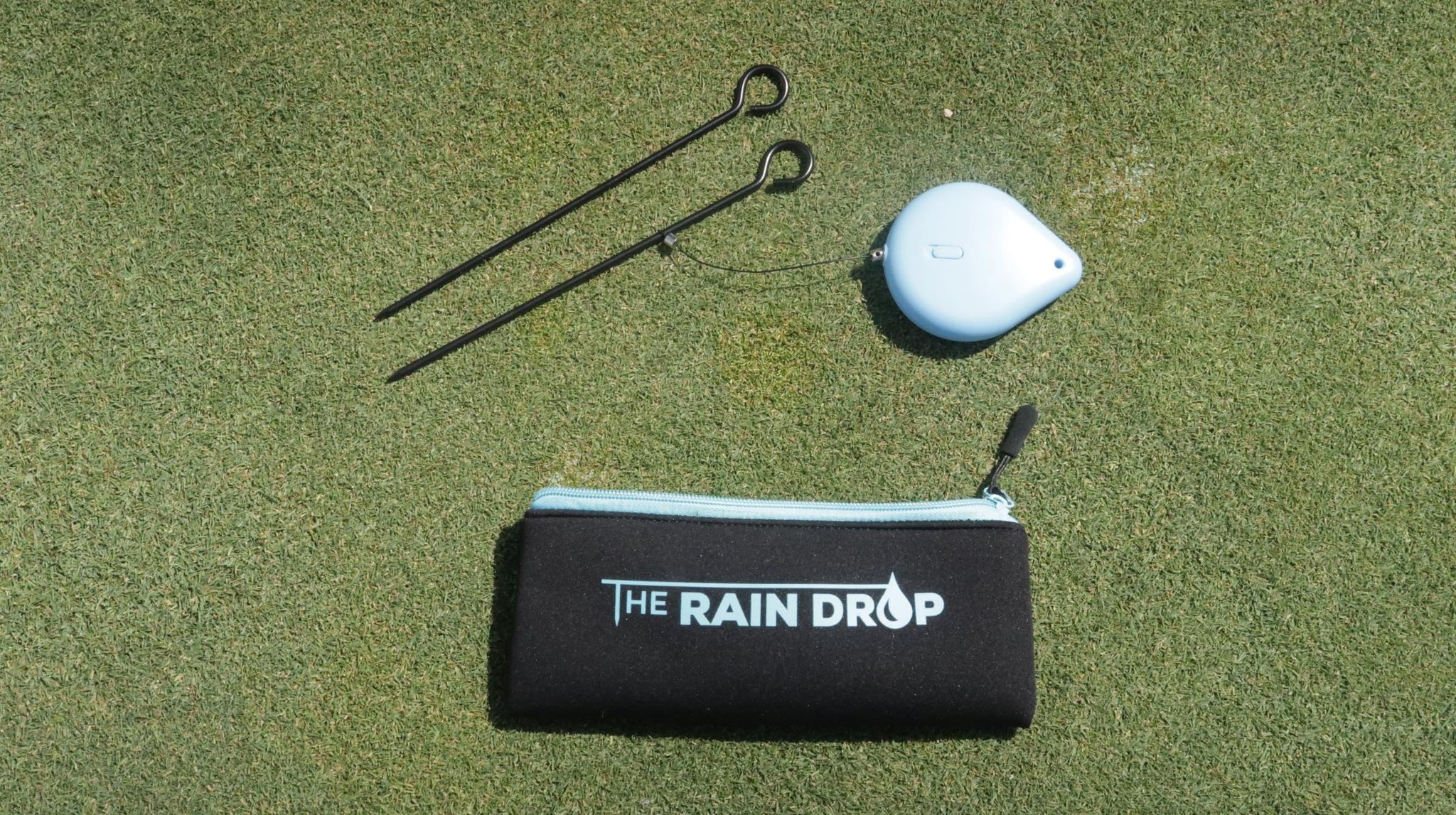 The Dustin Johnson Practice Collection assembles some of Perfect Practice Golf’s best products in one cost-effective package.  The four different aids all aim to help improve your putting through several different methods. 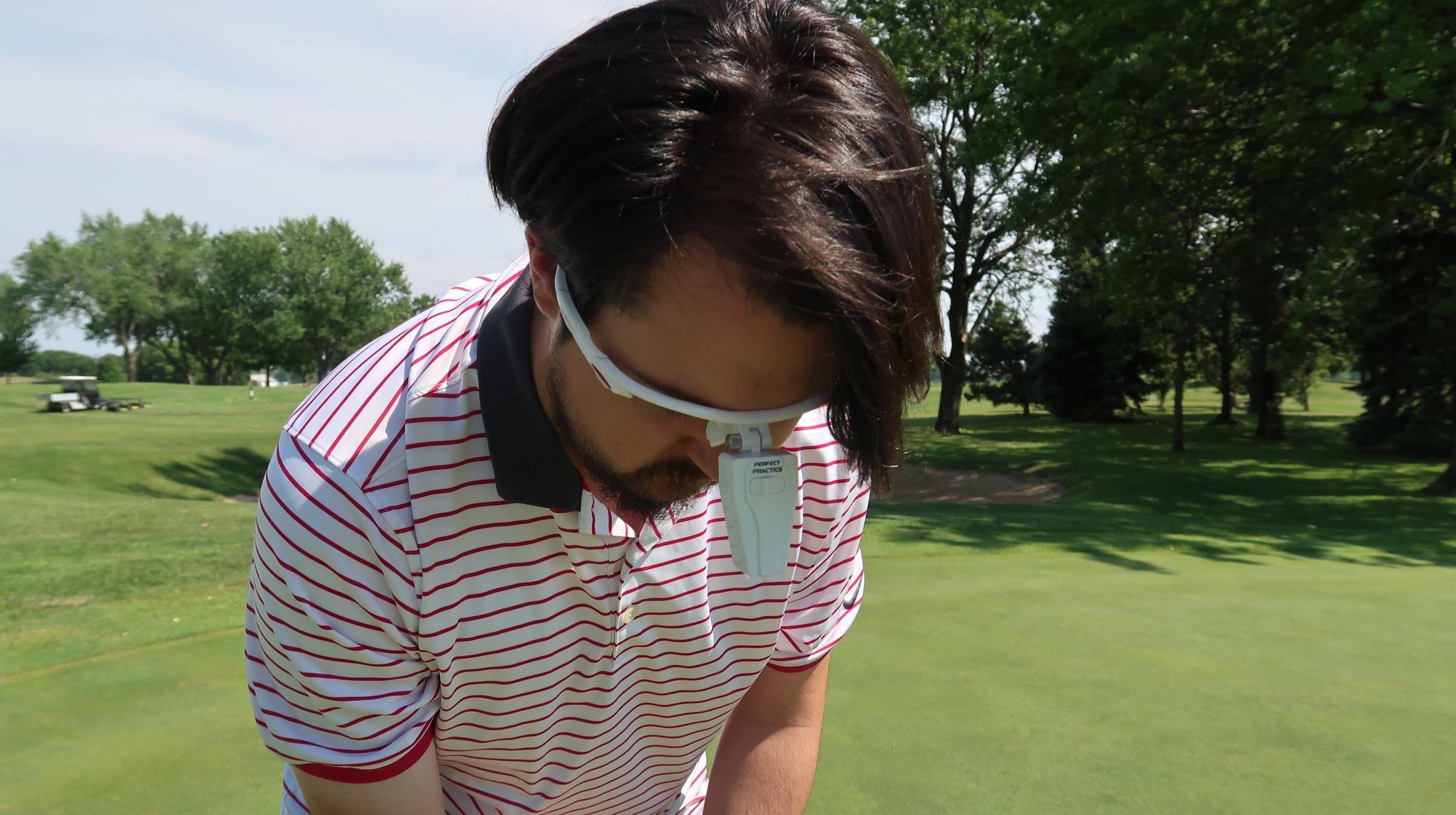 Who wouldn’t want to improve their putting and roll the rock just like two-time Major winner Dustin Johnson?  Well, it may be hard to putt like him, but now it’s a lot easier to practice like him.  Perfect Practice Golf has worked with DJ to create an entire collection of putting training aids called the Dustin Johnson Practice Collection. 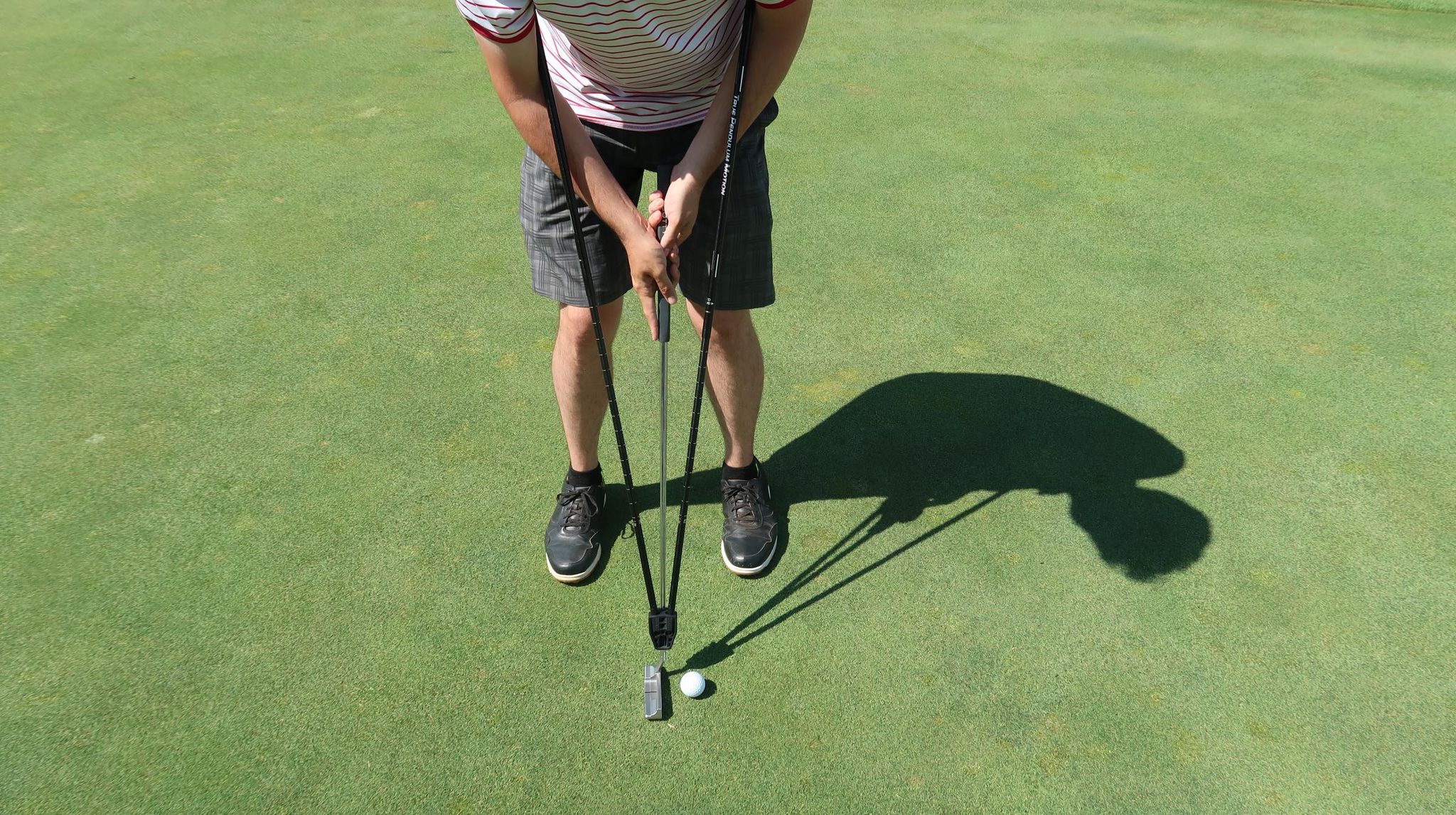 Like many training aids, some awkwardness should be expected at the start.  I found that initially, the most awkward to use was the True Pendulum Motion.  After unlocking the sides and adjusting for your height, you attach it to the base of your putter.  Looking down at the ball it looks like a pair of hedge clippers you’ve strapped onto your club.  Moreover, it rests on your forearms and under your armpits, which undoubtedly feels strange.  After a few hits, however, your attention diverts to what it’s trying to enforce in your putting stroke… using the shoulders. 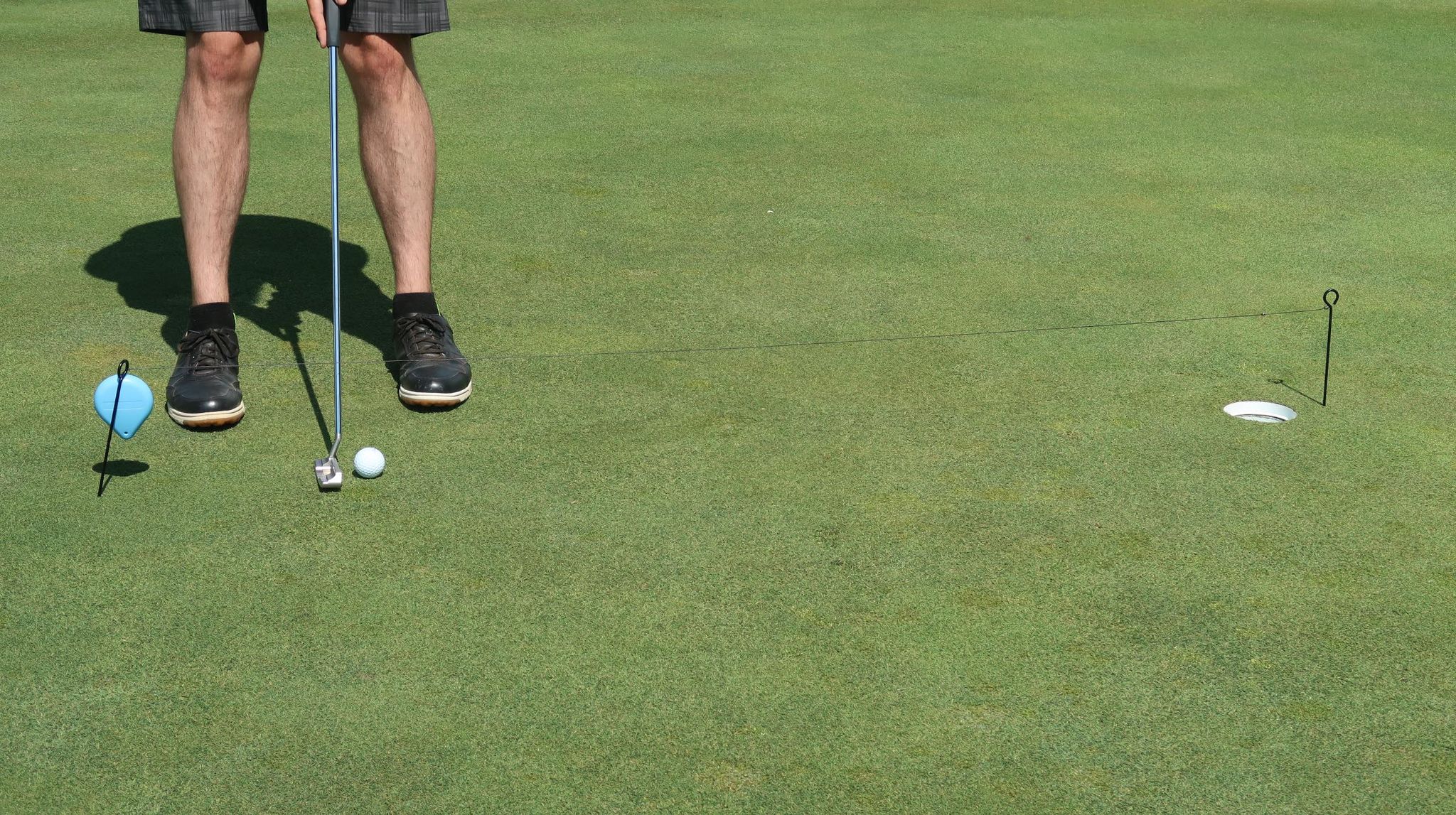 The Raindrop felt less awkward, but a note for those who don’t like DIYs: it’s definitely more involved to set up and is exclusively an outdoor tool.  The premise is simple enough, used by inserting the metal rods into the ground and pulling the string housed in the blue teardrop-shaped container from one to another to provide a straight line above the green. 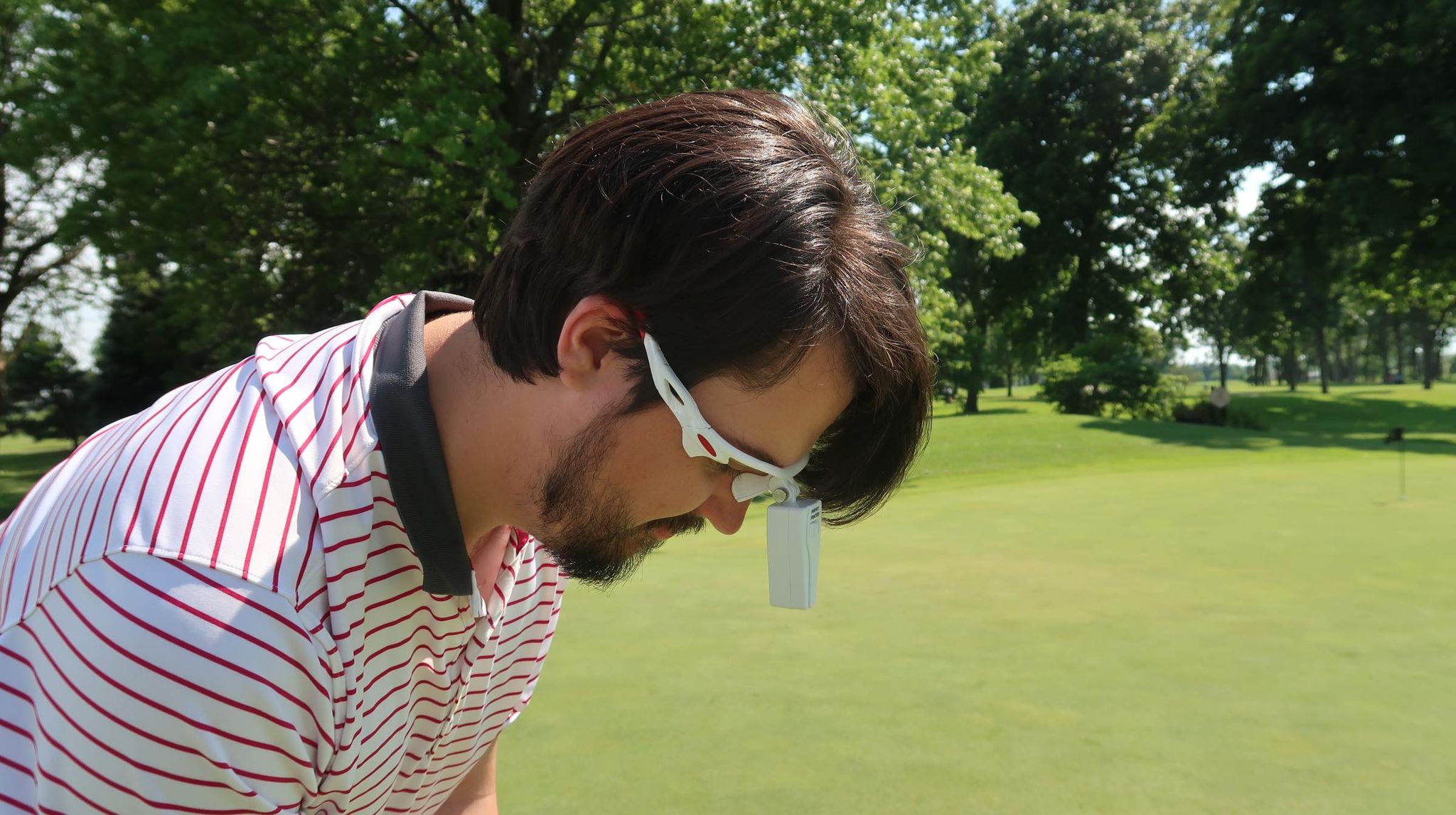 The Laser Putting Glasses weren’t awkward to set up.  In fact, they’re ready to go straight out of the box with a charging cable included!  They are lightweight and comfortable to wear, but don’t look at yourself in the mirror – you’ll start laughing at yourself wondering how you got to this point in your game where you need this.  I mean, technically they’re usable both indoors and outside, but you’re guaranteed to get looks from other players with these on.  Dustin Johnson even acknowledges the weirdness on their website saying, “The Laser Putting Glasses make sure I’m not falling into any bad habits, and that’s a big deal. Yes, they look kind of crazy, but they’re the best at what they do.” 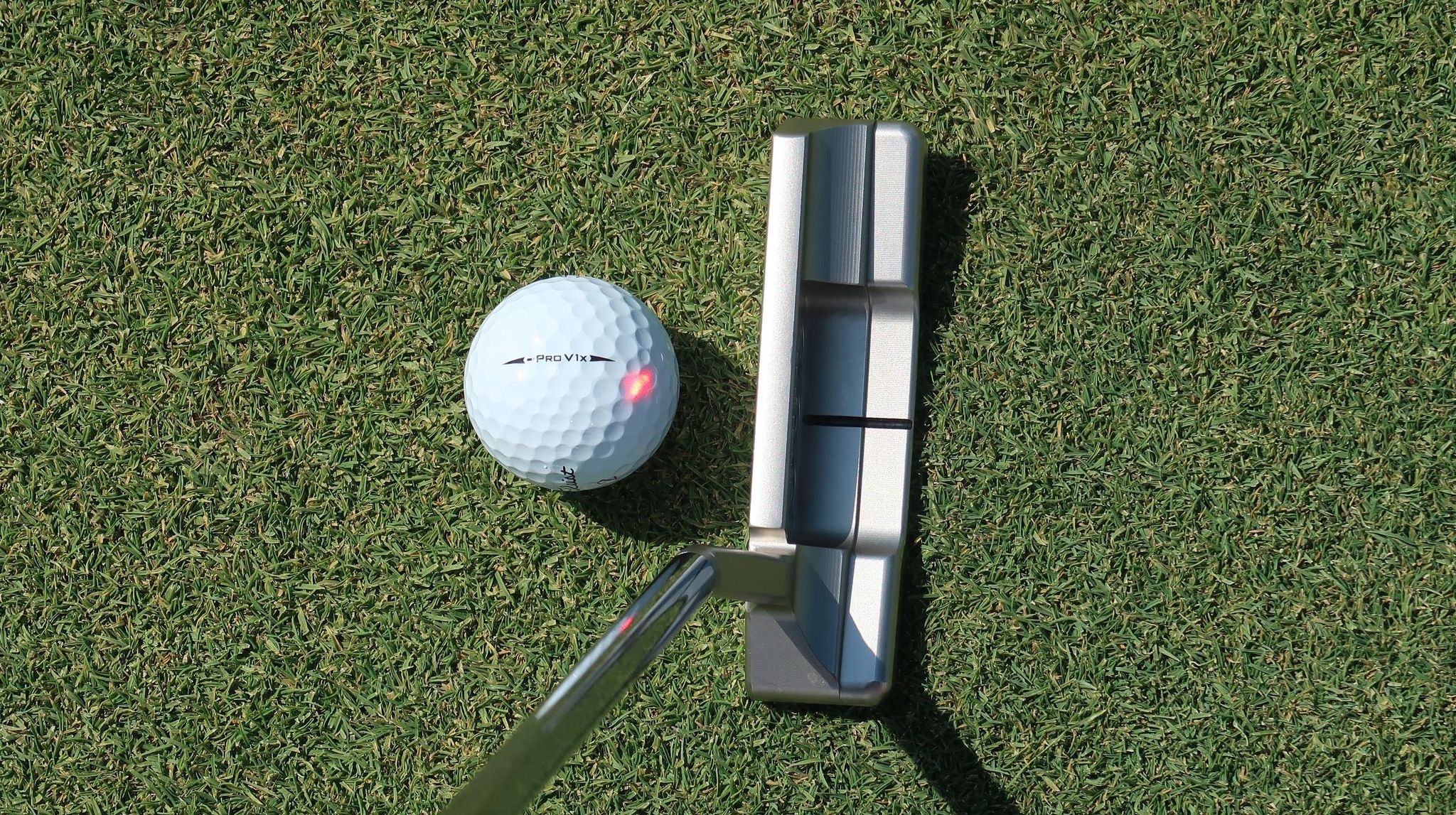 Finally, the mat itself, as we said in our initial review, is probably best if you can set it up once, and leave it there – and that still remains true.  After initial unboxing and some ironing or heavy weights, it rolls smooth and true, with magnetic connections on the side panels that allow putts to return to you whether holed or missed. 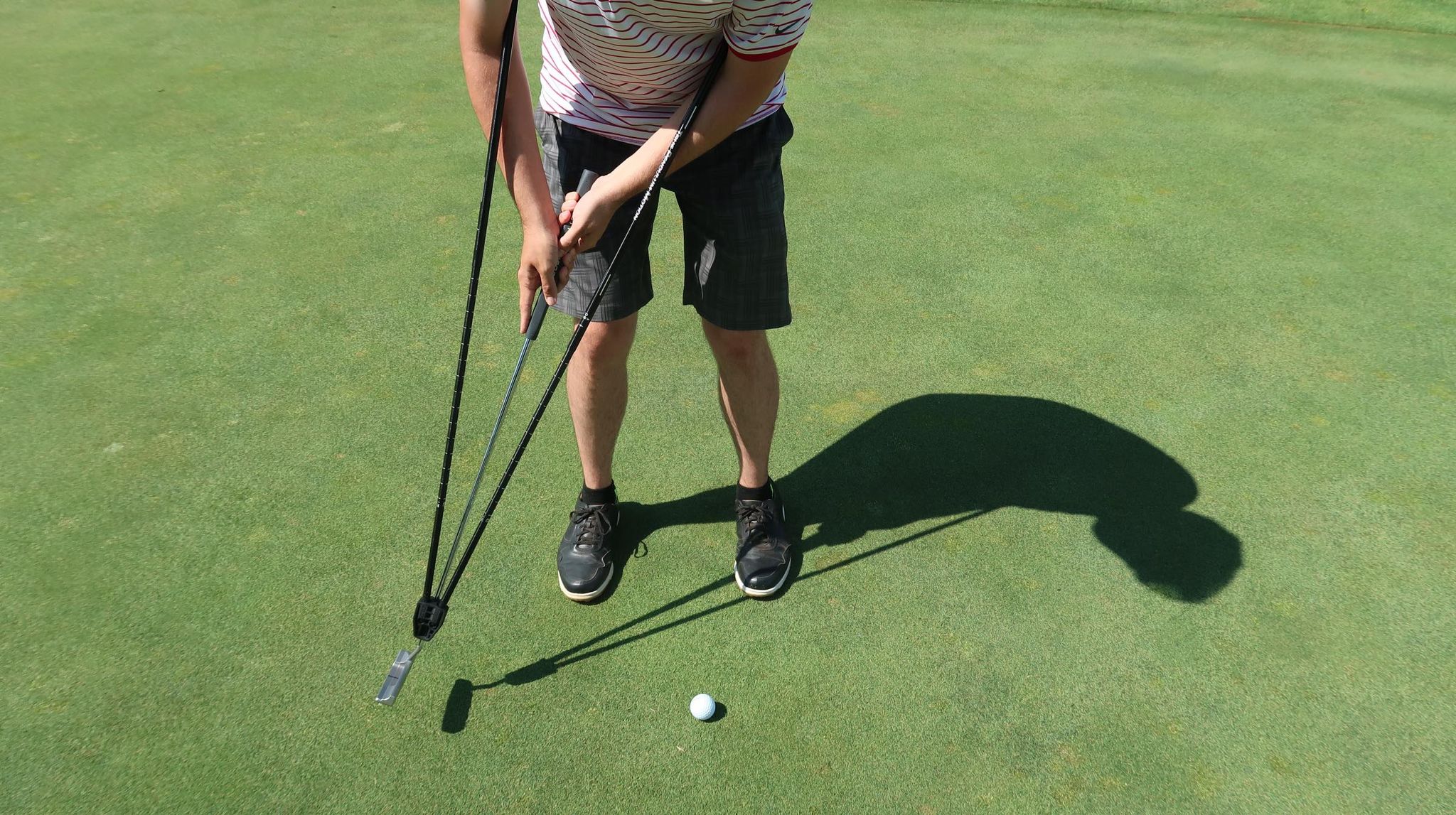 To me, each of these putting aids really hammers home the fundamentals of putting.  As a result, these training aids are invaluable to new golfers, or those who have come back to the game after some time away.  But even long-time golfers can find something to hone in on when using one or more of the aids.

The True Pendulum focuses on quieting the hands and wrists in favor of letting the shoulders make the stroke. As someone who has recently been getting a bit nervous around short puts, this did wonders to exclusively rely on big shoulder movements and to remember to keep my wrists from breaking for better consistency. 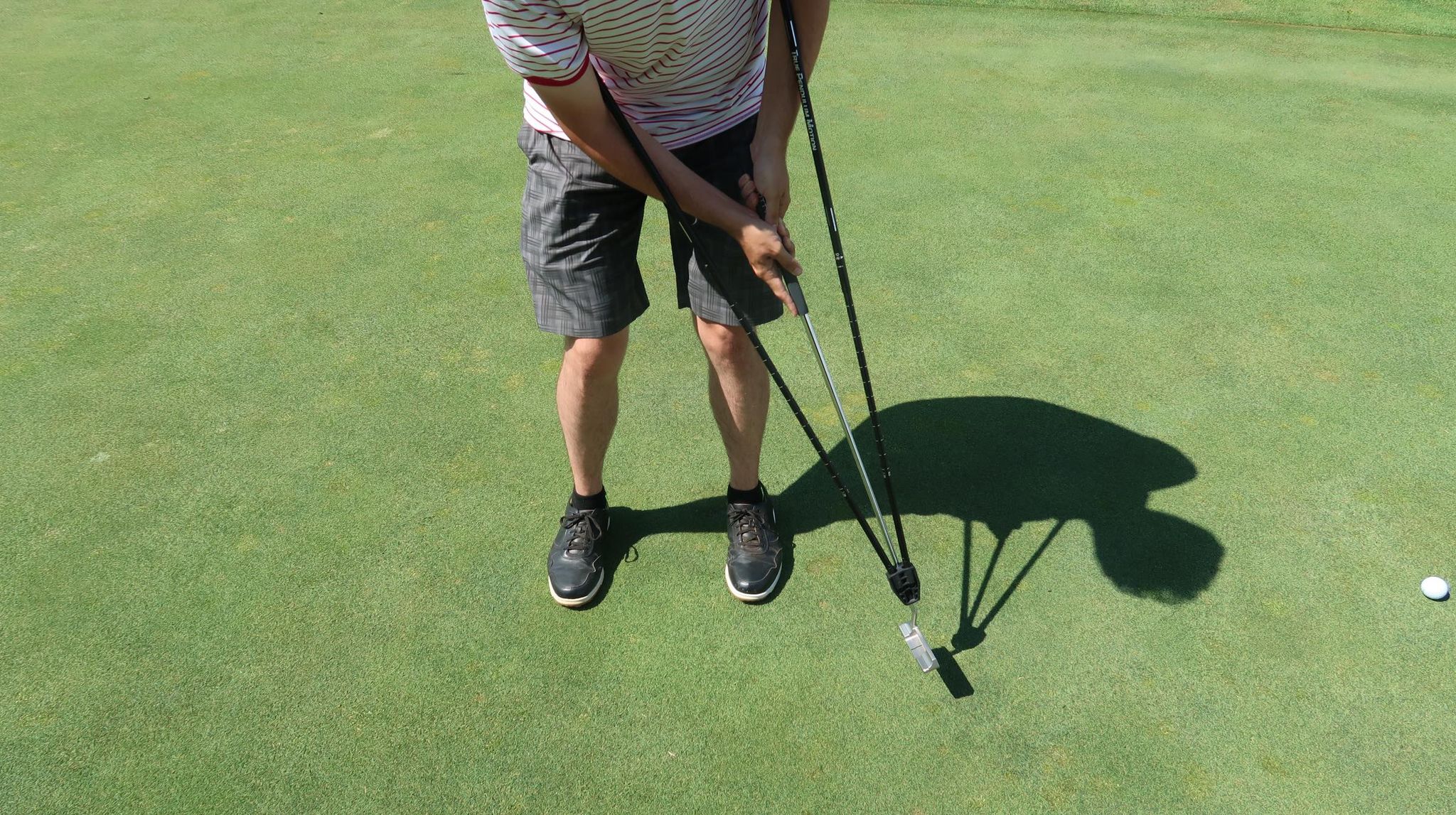 The Laser Glasses help train everything related to your sight lines.  I have never struggled to keep my eye on the ball, as the saying goes – but seeing an actual laser show you that you have the correct setup is really a boost to your confidence.  Moreover, it gives clear and obvious feedback if you move your head during the stroke.

The Raindrop is the highlight of the group.  All of us have undoubtedly had to be inside a bit too much in the last year and this aid allows you to have a new tool to use at the practice putting green.  Offering nearly 20 feet worth of string, it’s something that noticeably helps the visuals and consistency when putting — whether they’re straight or breaking putts.

Since we’ve already reviewed the Perfect Practice Putting Mat, there’s not much more to add other than it’s a great aid to really hone in your rolls, especially on the smaller-than-regulation hole.  While each putting aid can help with your game on their own, it’s when two or more are used together that they really shine, because of the immediate and varied feedback you get from each one. 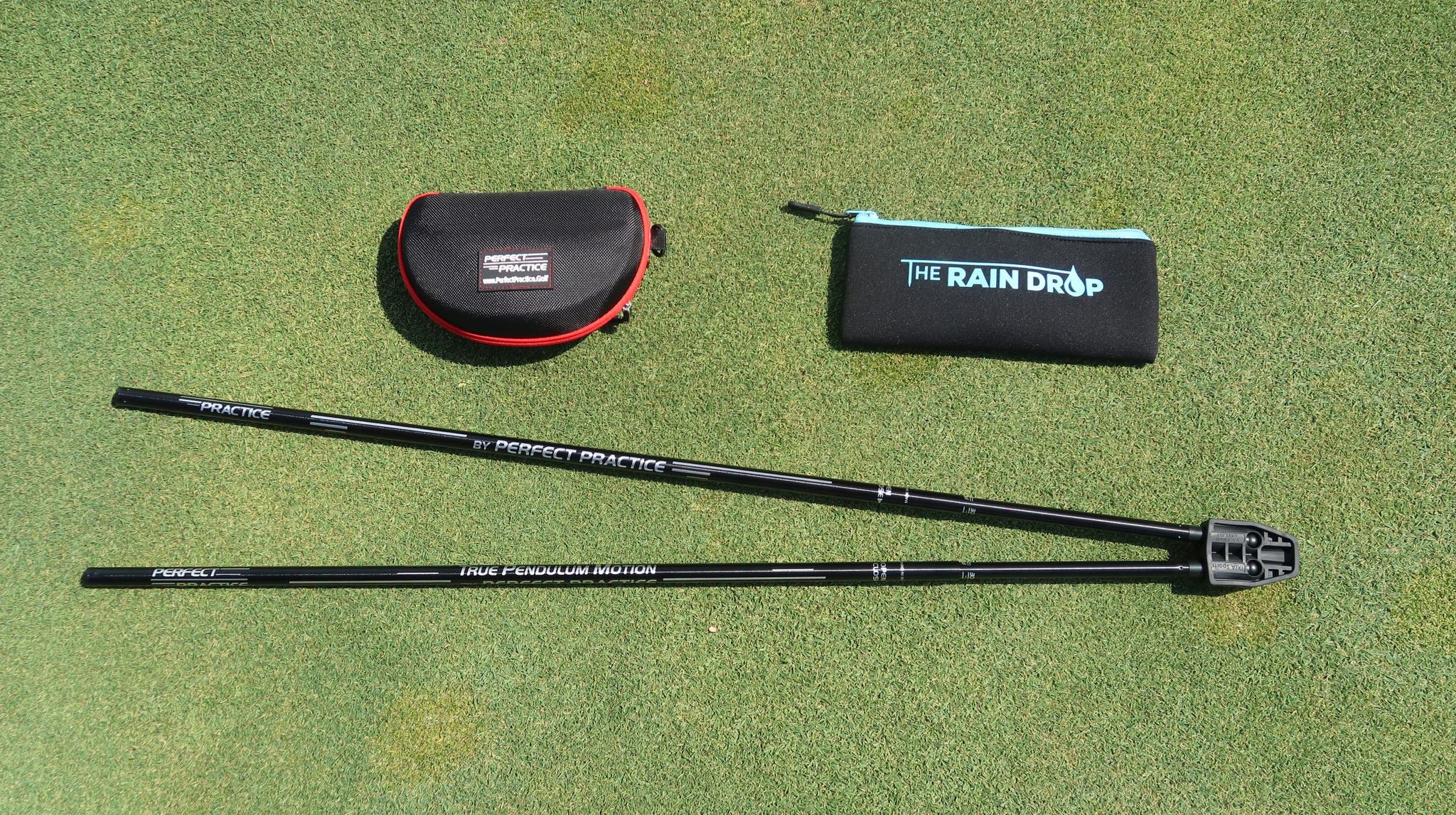 I think two of these aids have great staying power and longevity, namely the mat and the Raindrop.  While some people think putting drills can be dull, these aids really keep you engaged.  You want to keep making putts over and over again on the mat and it’s fun to do it daily, especially on the smaller hole.  The Raindrop immediately went into the bag for me, as it’s so useful to see the alignment line over your ball while practicing and getting the speed of the greens down before heading out for 9 or 18 holes.

The Laser Glasses and True Pendulum Motion, on the other hand, have less longevity to them.  Don’t get me wrong, I still think these two could be game-changers for a new golfer.  The constant repetition using these will be invaluable to newcomers.  However, it seems hard for me to imagine seasoned golfers, especially mid-handicappers, utilizing these items for anything other than a quick check-in to upkeep the mechanics of the stroke. 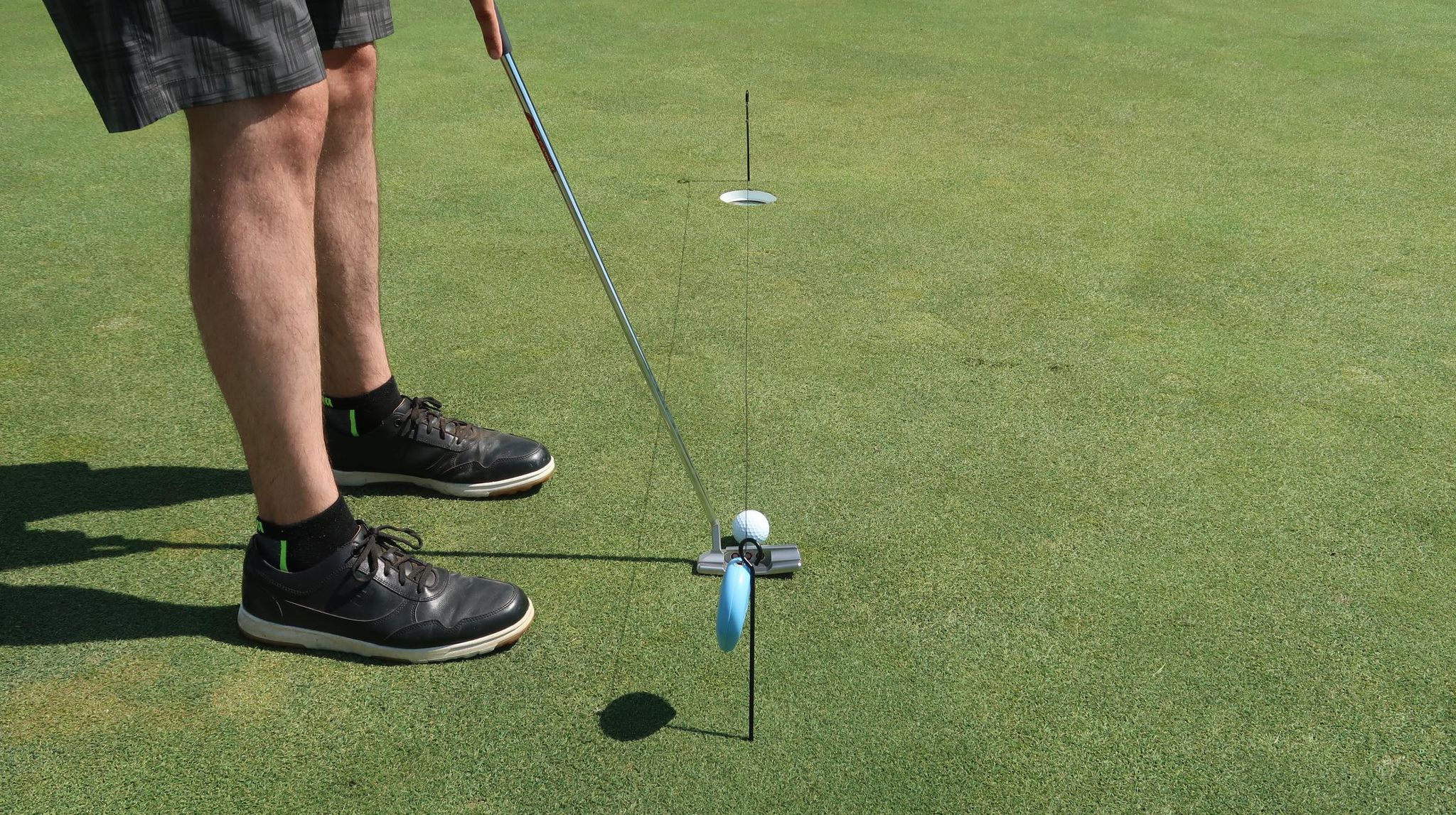 If you were to buy the items individually from Perfect Practice Golf, you’d pay somewhere around $430. However, the Dustin Johnson Practice Collection comes with all of those same items and is available for $350, about $80 worth of savings that golfers could certainly find use to spend elsewhere.

However, value is more than just money you would save or spend. Some tools may be more helpful than the others. Understanding that, it’s clear that there is good value to be had with the package. Most of the items can be used indoors or outdoors and all of them can be used together.

If you’re going to purchase this kit, consider getting it from Plugged In Golf sponsor GolfPal HERE 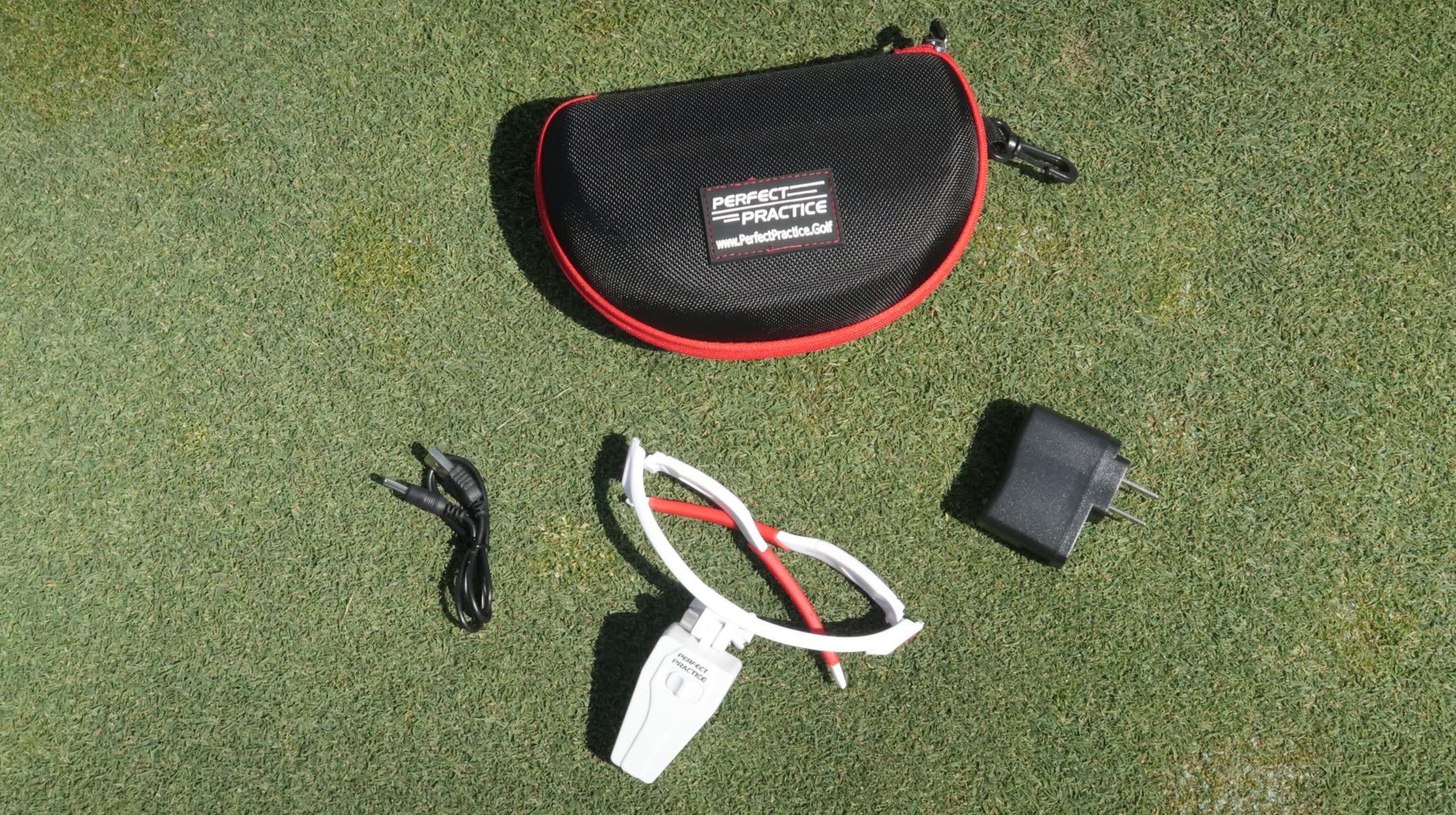 Watching Dustin Johnson be the number one in the world for more weeks than anyone (except for Tiger Woods and Greg Norman) has many wondering what his secret sauce is. While it’s unlikely that any of us will ever reach the heights that he’s reached, at least we can practice like him. Especially useful for new golfers, I think even seasoned low-handicaps will find something useful in this package. On their own, each one is good, but together is when they really shine.