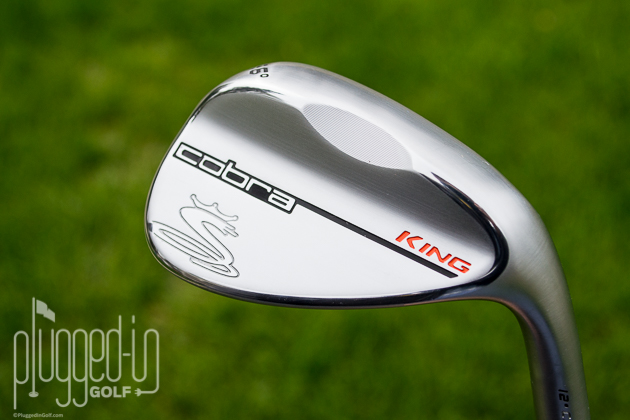 The Cobra King wedge has a Tour profile with subtle attention to detail that results in big payoffs.  Offered in three different sole grinds. 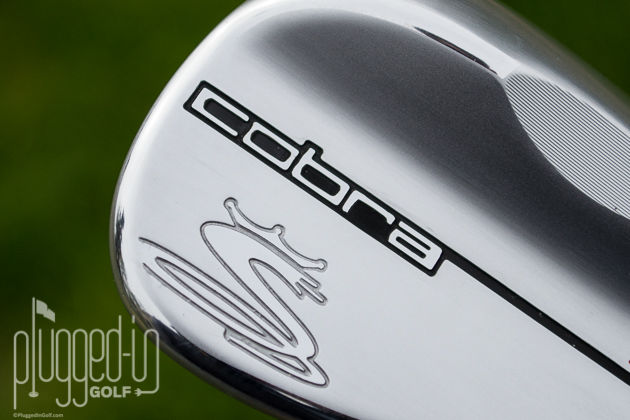 Cobra has only recently reintroduced themselves as a player in the wedge game, but they have made quick strides to prove they belong.  Putting a focus on precision and feel make the King wedge a real contender.  To meet the demands of a range of players, Cobra offers the King wedge in three different sole grinds. 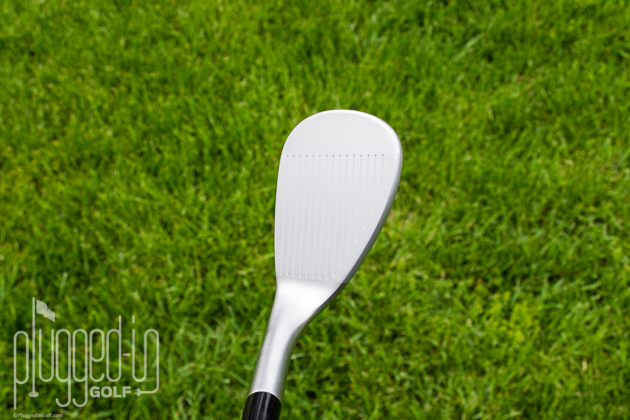 Cobra previously offered two different wedge shapes.  One shape was similar to the King wedge pictured and the other was a larger, more forgiving-looking head.  The King evolution dropped the larger head from the lineup as Cobra is focusing on a Tour-proven pear shape.  A muscleback design with simple branding makes for a streamlined business-like look.  After years of being the bright and bold company in the market, the King wedge brings Cobra a more refined look. 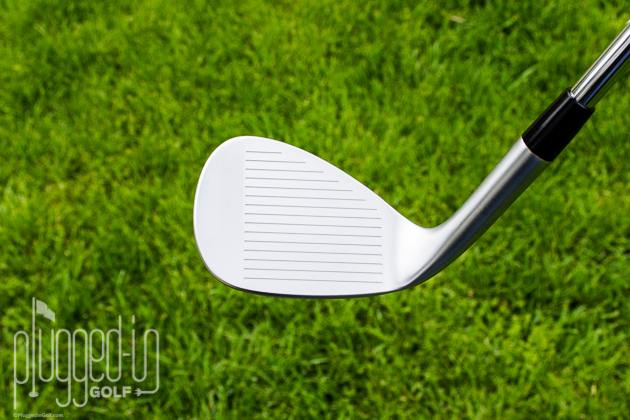 One of the ways Cobra made the King wedge sound and feel softer was by using a soft carbon steel which is chrome plated to take that “click” out.  The previous iteration of this wedge – the Tour Trusty – had a clicky feel to it whereas the King wedge is muted but doesn’t lack response.

Cobra also used this “Vibrational Flow” concept which finely tunes the wedge “to deliver excellent club harmonics that translates to a soft yet solid feel at impact.”  If you’ve ever hit a muscleback or forged wedge, you know that “sting.”  This Vibrational Flow tuning reduces that sting and makes the wedge feel more forgiving on both full and touch shots. 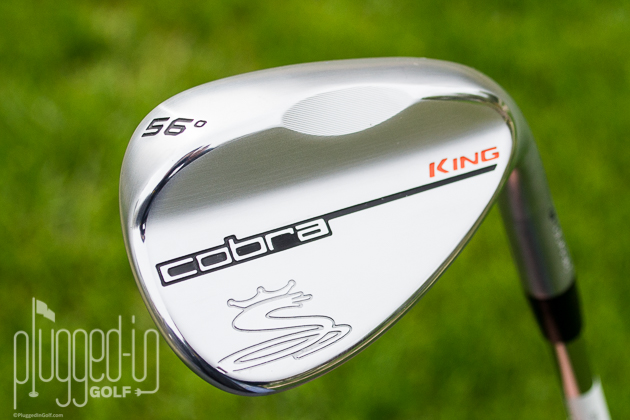 Much of a wedge’s performance is based on feel and fit of the sole grind to a player’s wedge game.  That doesn’t mean a company can’t sneak in a few design features to enhance the wedge’s performance.  One of the enhancements  Cobra made is a progressive spin concept.  The grooves in the lower lofts are narrower and tighter.  Higher lofted heads have more space between their grooves.  By doing this, Cobra was able to keep the trajectory consistent through the lofts.  I found the higher lofted wedges dropped and stopped around the greens while the lower lofts had less bite on full shots.

To help with that drop and stop, Cobra used a “variable face roughness” to create more friction between the club and ball.  Was this a big difference maker?  It’s hard for me to really prove that, but I did find the 60º wedge to really grab the ball.  The “variable face roughness” is a perfect example of a subtle feature that seemingly enhances the clubs performance.

Maybe most importantly, there are three different sole grinds available.  It’s important to understand your wedge game and what impact the sole grind will have on you.  You can learn more about the available grinds on Cobra’s site, and I strongly suggest getting fit for the right grind. 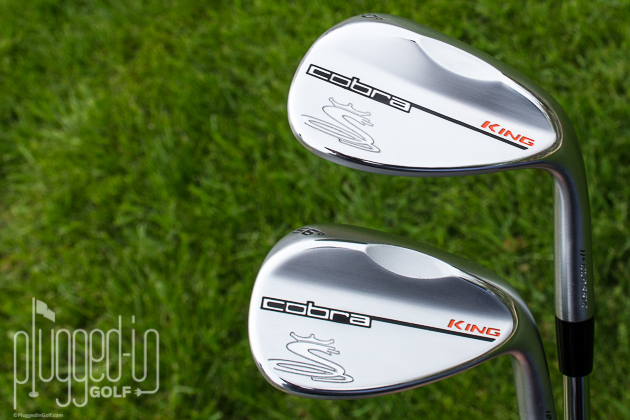 Cobra‘s evolution in the Puma era has been impressive, and the King wedges may be the unsung hero.  While the woods and irons are the big draws, Cobra has quietly cranked out some solid wedges.  What Cobra has delivered with the King wedge is a versatile club that is going to perform in any scenario you ask it to. 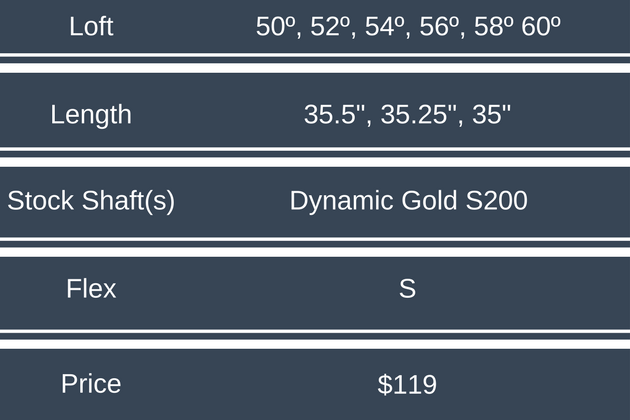 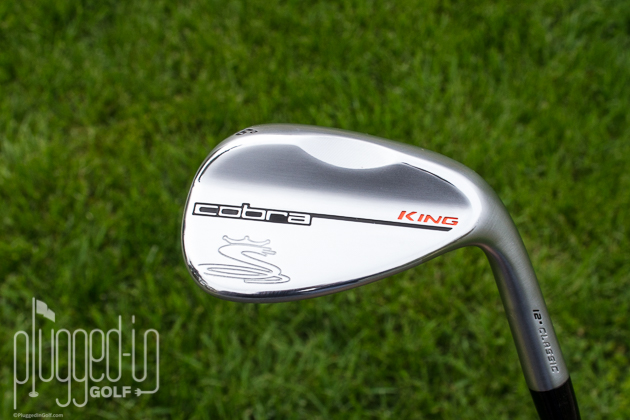 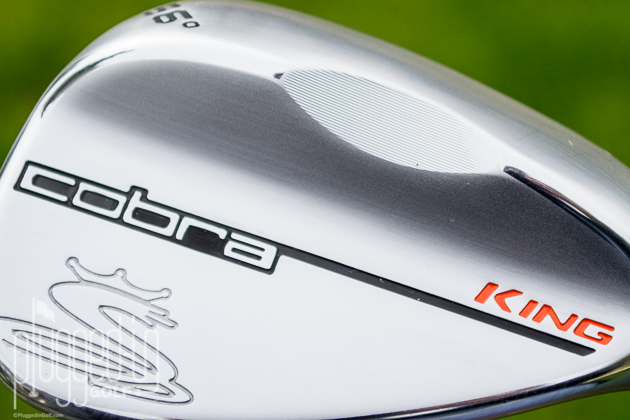