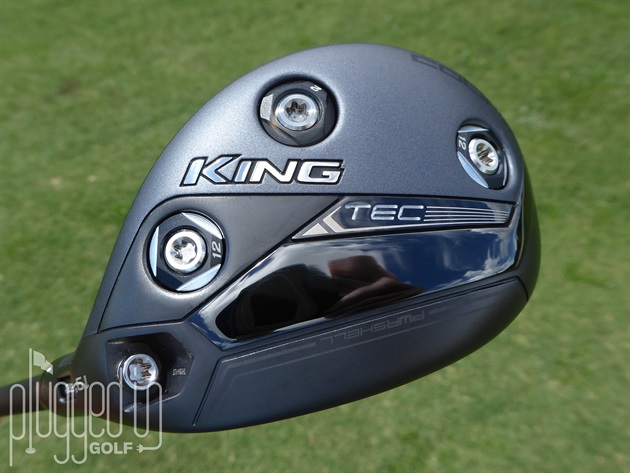 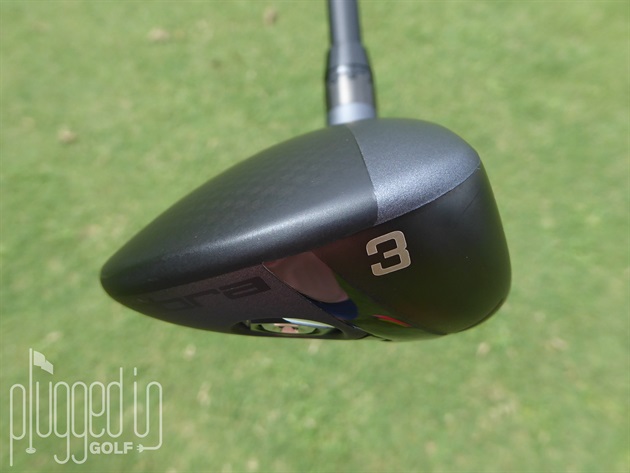 When thinking about drivers, we’ve all become accustomed to them having significant, and meaningful, adjustment features.  In fact, it’s more noteworthy these days when a driver doesn’t have an adjustable hosel, and interchangeable or sliding weights are nothing new.  But seeing three weight ports on the new KING TEC Hybrid really grabbed my attention.  I don’t want to sound unappreciative, but I just got my mind around the science of radial weighting in the RADSPEED clubs [see all our reviews HERE], and now this new technology?  That Cobra design team is relentless in their pursuit of improvements. 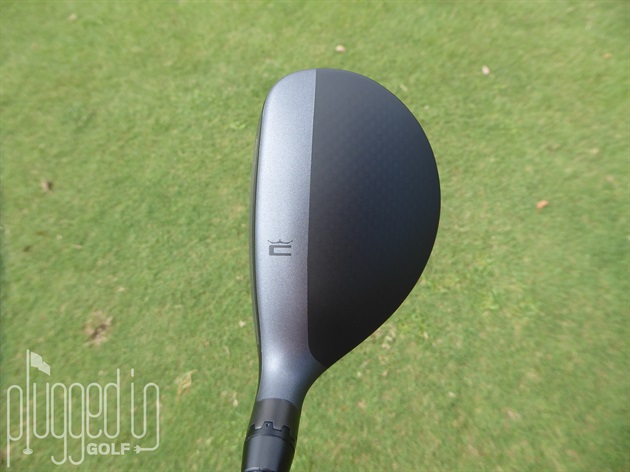 This may seem like an odd opening sentence for the Looks section, but the KING TEC Hybrid is designed “for the better player category.”  And while that would normally imply a more compact head size, the KING TEC Hybrid is actually oversized.  An intriguing juxtaposition, but Cobra did a nice job masking the size with a two tone crown.  The rounded head has lovely symmetry and the matte finish is a winner in my book.

The face is proportionally wide but well balanced by a modest face height.  It’s on the sole of the KING TEC Hybrid – dominated by three large weight ports – that the look gets interesting.  Cobra draws the eye away from the ports with a shiny black segment central to several strong angular sections.  The well constructed headcover not only replicates the look of what’s inside, it also has a luxurious feel. 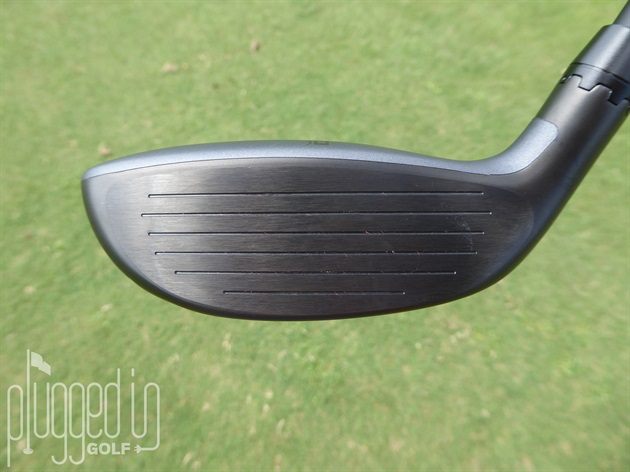 To my ear, the Cobra KING TEC Hybrid had a relatively quiet ‘click’ at impact.  There was a bit of depth to the tone with centered contact, while the sound was somewhat dull otherwise.  Feedback to my hands was also subtle, but communicated clearly.

The overall feel did vary slightly based on weight positioning.  I found the neutral setup provided a stable, satisfying feel.  With toe bias weighting the head felt more powerful, while heel positioning just always felt off.  Not surprisingly, feel aligned with my swing – more on that next. 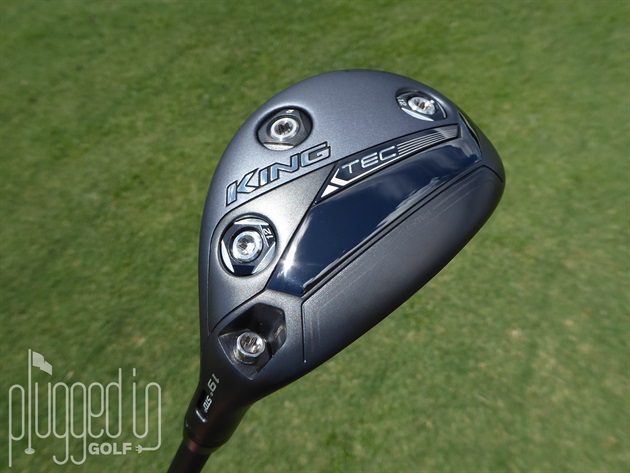 The KING TEC Hybrid comes stock in what Cobra calls the front setting, with the 12 gram weights in the heel and toe positions, and the 2 gram weight in the back center.  This setup is designed to produce the straightest ball flight and the lowest spin of the three settings.  Swapping the heel and back weights puts the hybrid into the toe setting, which increases launch and spin while encouraging a fade-bias ball flight.  With the heavier weights in the back and heel – the heel setting – the hybrid is positioned for its highest launch, draw-bias flight.  If my description is a bit confusing, visit the Cobra website – they have a wonderful interactive graphic of the settings. 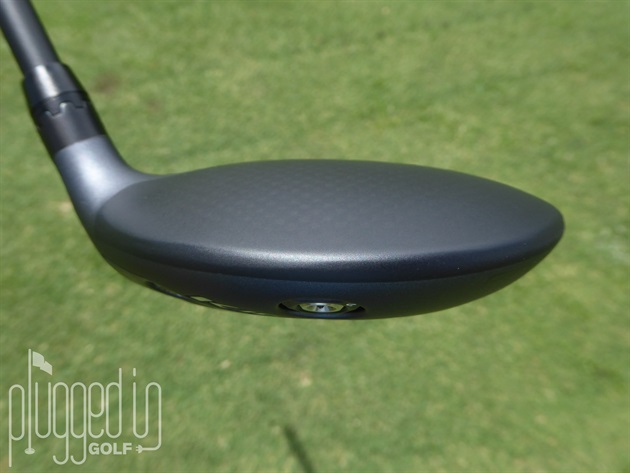 My performance results in the three settings mirrored the design goals for the most part.  Let me start by saying I’ve been working on eliminating my evil hooks by mitigating my wrist action, which also allows me to have a more rotational swing.  As such, the front setting gave me the most consistent results and just a hint of left bias.  My best results, in both distance and accuracy, were with the toe setting.  The toe-biased weighting seemed to work in harmony with my wrist hold off.  As advertised, I did see my highest launch and spin with the heel setting.  However, not surprising for my swing, results were weak and to the right – albeit consistent. 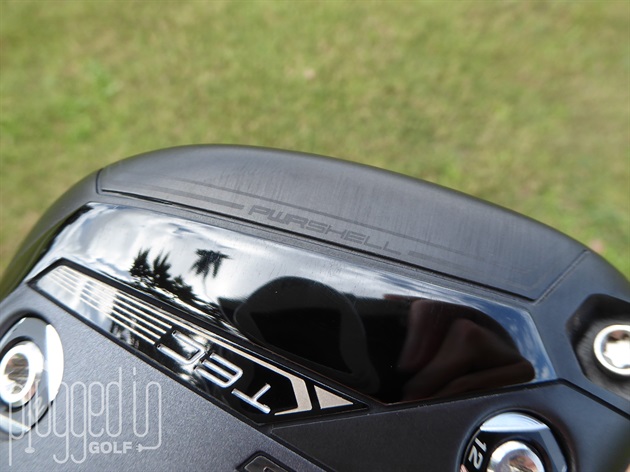 The adjustable weight system on the sole is not the only performance feature of the Cobra KING TEC Hybrid: the club also features a PWRSHELL face and carbon crown.  The forged 455 stainless steel face wraps around the leading edge, amplifying energy return to maximize ball speed.  Smash factors averaging 1.47 in both the front and toe settings were strong validation of the PWRSHELL face design.  The carbon composite crown allowed Cobra to save 10 grams, lowering the center of gravity for higher launch.  At my moderate swing speed, the 3H at 19° is never going to be a high flyer, but the KING TEC did launch the ball generously. 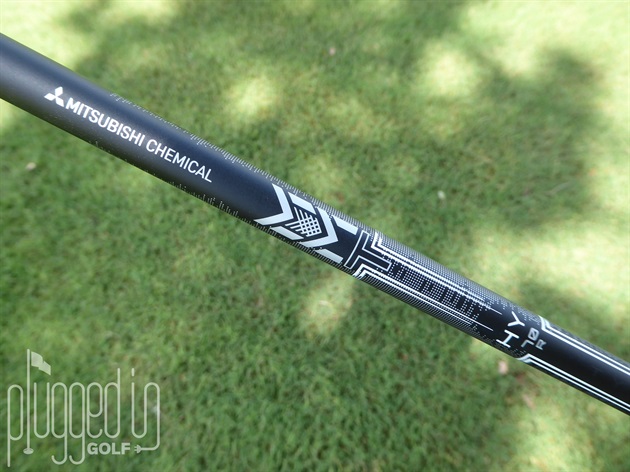 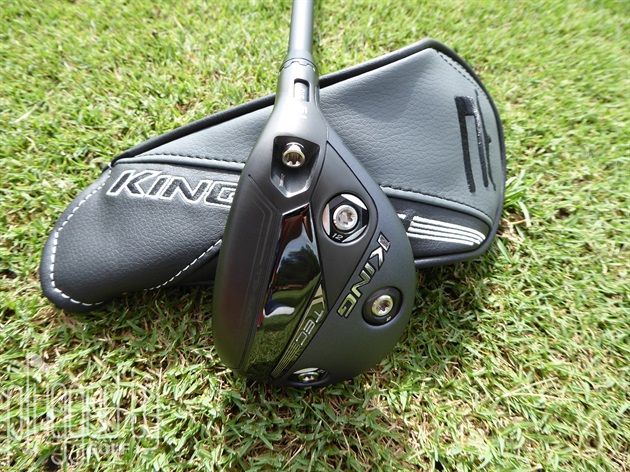 Cobra bills the KING TEC Hybrid as intended for better players, but the adjustability really offers golfers of all abilities the opportunity to be better players.  While the size of the head may not appeal to everyone’s taste, the increased forgiveness can be appreciated by all.   Mix in low spin and strong ball speeds, and the KING TEC Hybrid is an excellent distance-centric hybrid worthy of a look. 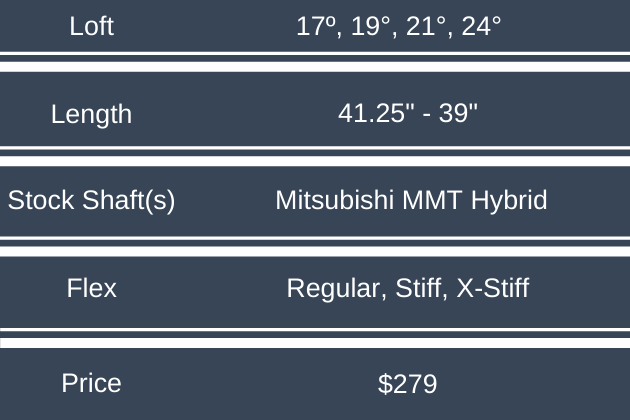