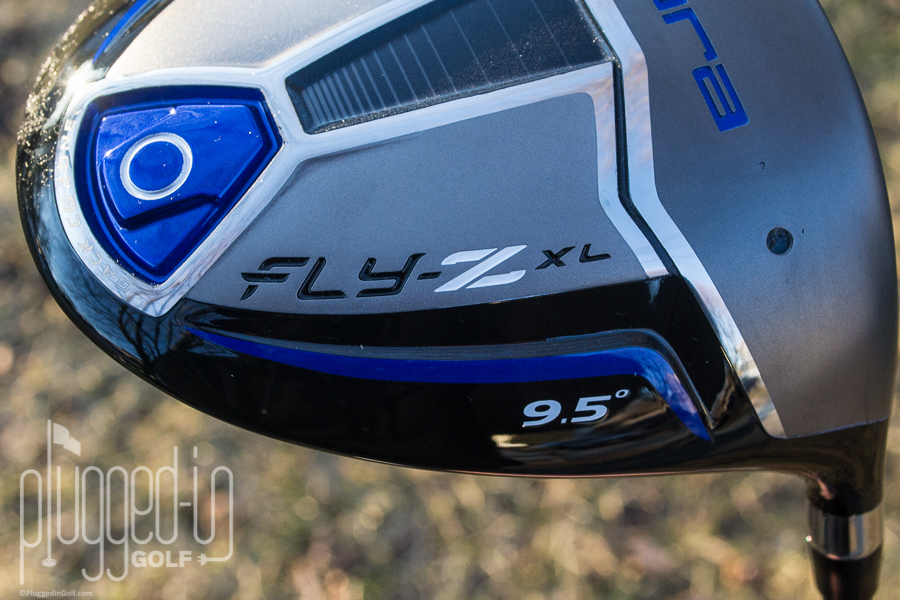 The Cobra Fly-Z XL driver is a great solution for the 10-12 rounds-a-year golfer that needs all the help they can get.  Geared toward seniors, beginners, high handicappers, and women, the Fly-Z XL is one of the few drivers to actually fit this group well. 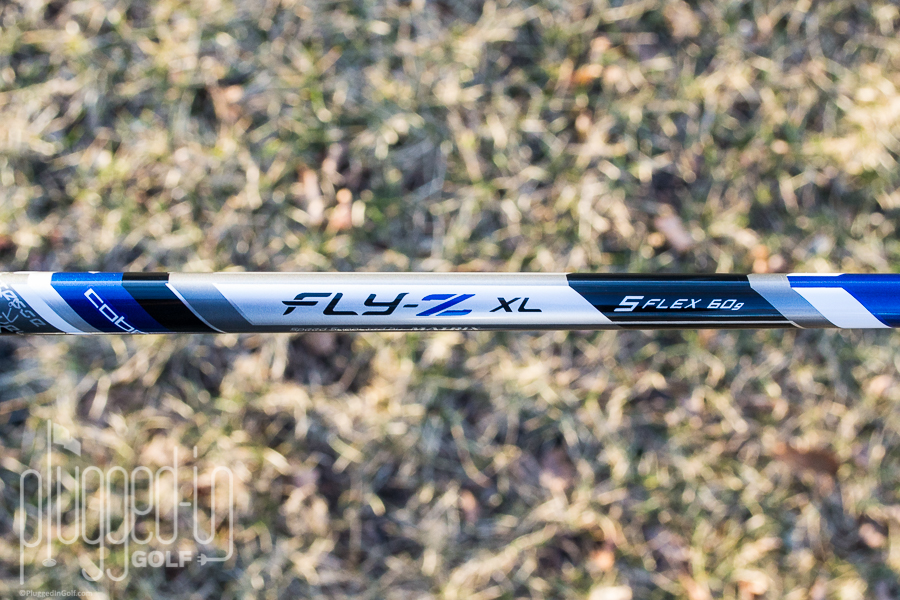 Cobra Golf has historically been one of the few brands in golf to actually develop a club line that targets higher-handicap golfers. While the Cobra Baffler line had success in this area, I personally found the Baffler families to be mediocre at best.  With the arrival of the Baffler’s replacement, the Fly-Z XL family, I was hoping for a club that could help the high handicappers and also impress better players.  After rigorous testing, I found the Fly-Z XL driver exceeded my expectations and made a big leap for Cobra’s game improvement offerings.  I believe there are more golfers that can benefit from the Fly-Z XL driver and this review will explain why. 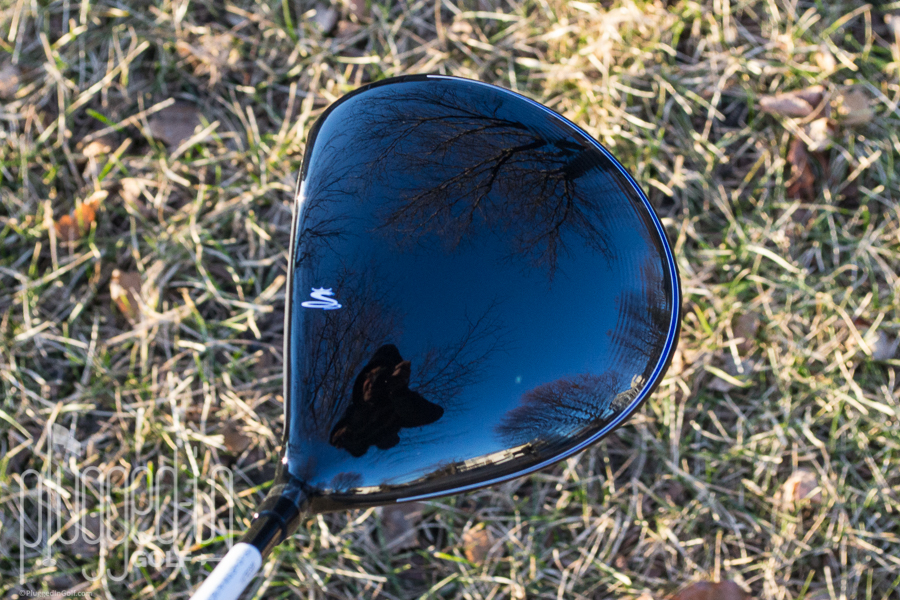 If I’m brutally honest, I think the looks of the Cobra Fly-Z XL driver are the most underwhelming trait of the club.  That’s not to say they are bad, but the general appearance is on par with its price point.  The crown is black with a little detailing around the trailing edge, the face is a medium depth, and there’s basic blue, black, white, and silver Cobra branding on the bottom.  At 460cc, the Fly-Z XL has a pretty modest footprint that does not have the overwhelming dinner plate effect often found in clubs of this size, but it still has enough size to give the average golfer confidence over the ball.  The offset is certainly noticeable but not as dramatic as past efforts. 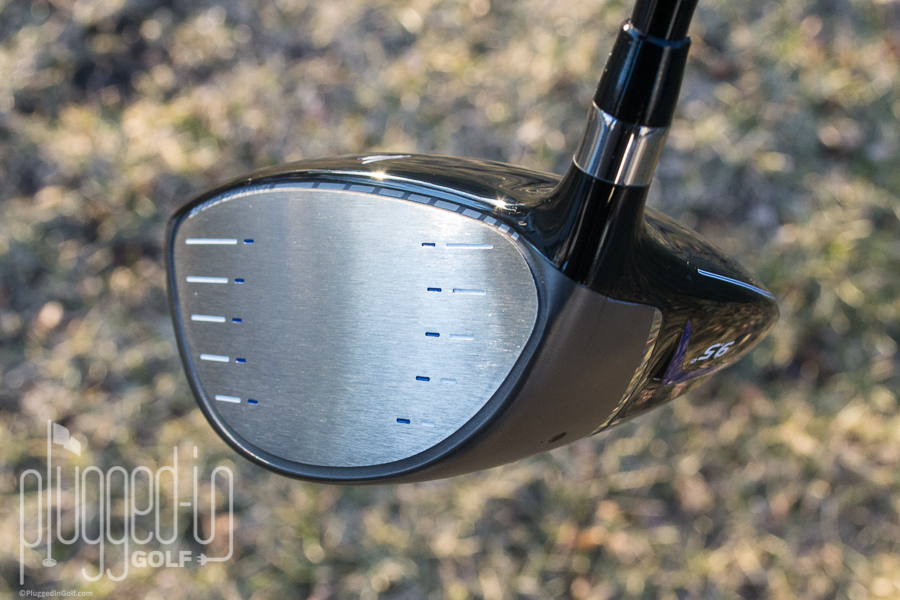 I wasn’t sure what to expect with the sound and feel of the Cobra Fly-Z XL driver because this is typically an area that loses a lot at this price point from using cheaper materials.  Much to Cobra’s credit here, the Fly-Z XL driver held up pretty well.  The sound off the face is definitely more of a metallic “tink” and the heel and toe get a little more of a “crack” version of that same sound.  You definitely know when shots don’t quite sound right, which is not a terrible thing for the golfers that this club is geared toward.

Much to my surprise, the feel in the Fly-Z XL driver is quite responsive and forgiving.  I knew exactly where I was hitting each shot on the club, but mishits did not hurt my hands at all.  This feel paired with the acoustic characteristics mentioned above could help golfers learn their mishits more quickly which is a definite plus for the Fly-Z XL driver. 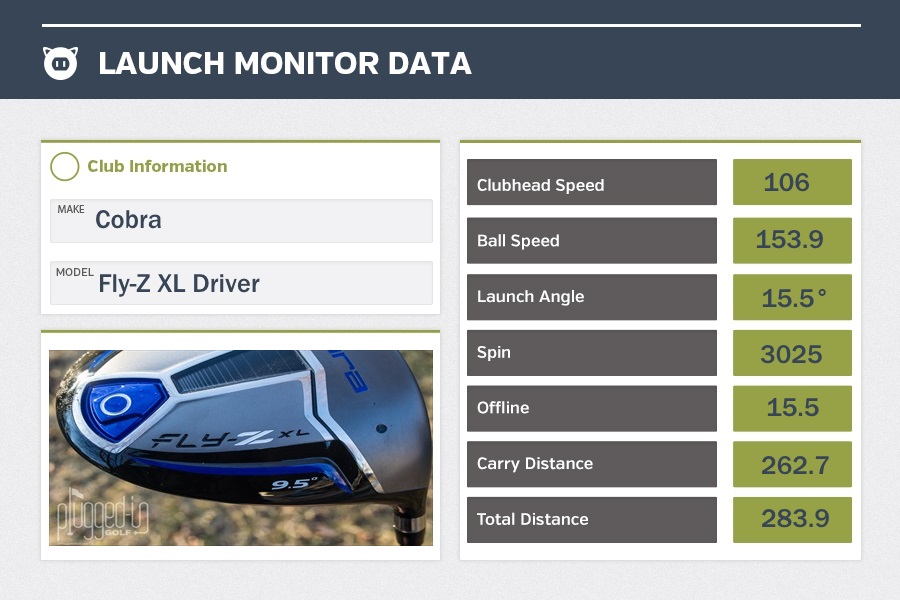 Performance is where the entire Fly-Z XL club line shines.  This club is designed to get the ball in the air and not slicing to the right.  Per Cobra, the Fly-Z XL driver is “engineered to help make golf easier through higher, draw-biased ball flights which deliver easy distance.”  This tagline hits the nail on the head.  I had nice, drawing tee shots – NOT hooks – and the highest launch angle I’ve ever seen out of a driver.  What was more impressive was how consistently I was able to hit the same shot.  Shot after shot just going 280-285 yards with about 10-13 yards of draw.  Mishits still got in the air and fairly far down range, and I had to really fight my own swing, good or bad, to get the ball to seriously hook or slice.  The construction of the Fly-Z XL really makes the ball do what it’s supposed to do and this should serve the high handicap players quite well.

In the interest of full disclosure, I didn’t get the greatest distances I’ve ever seen from the Fly-Z XL driver, but that’s not the point of this club. 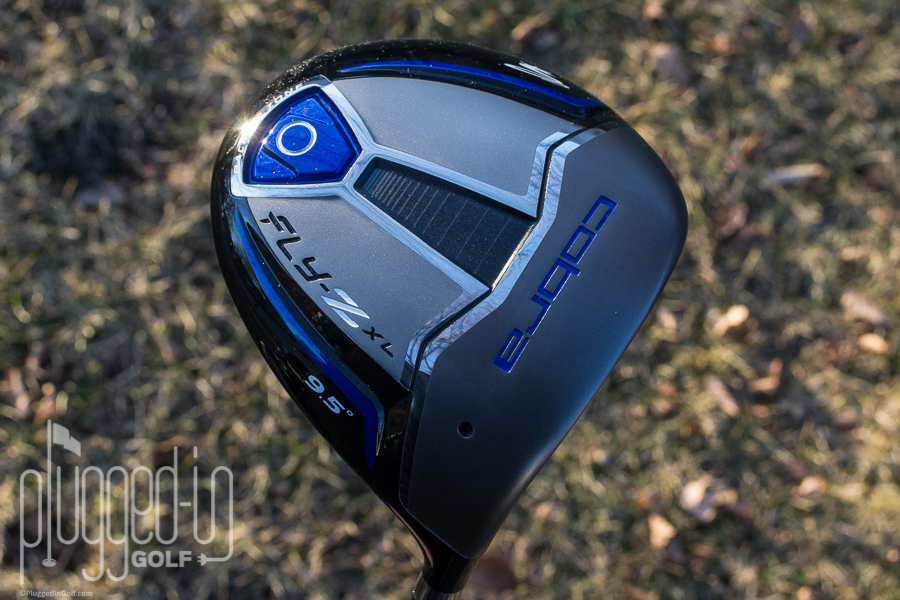 Personally, I think the PluggedInGolf.com review format of Looks, Sound & Feel, then Performance is a perfect way of delivering the message of the Cobra Fly-Z XL driver as I would steadily increase the club’s rating through each category, peaking in Performance.  I can’t tell you that I’m going to be putting this club into play, but I have about 50 friends that play anywhere from 2 to 15 rounds of golf a year, and I would not hesitate to recommend this driver to them.  The Fly-Z XL driver is going to give the gen-pop golfer a nice consistent performance with decent modern looks at a lower price point than other new drivers in the market.  If you’re going to spend the money, you may as well get a club that will genuinely make the game easier for you, allowing you to relax and enjoy your five hours outdoors. 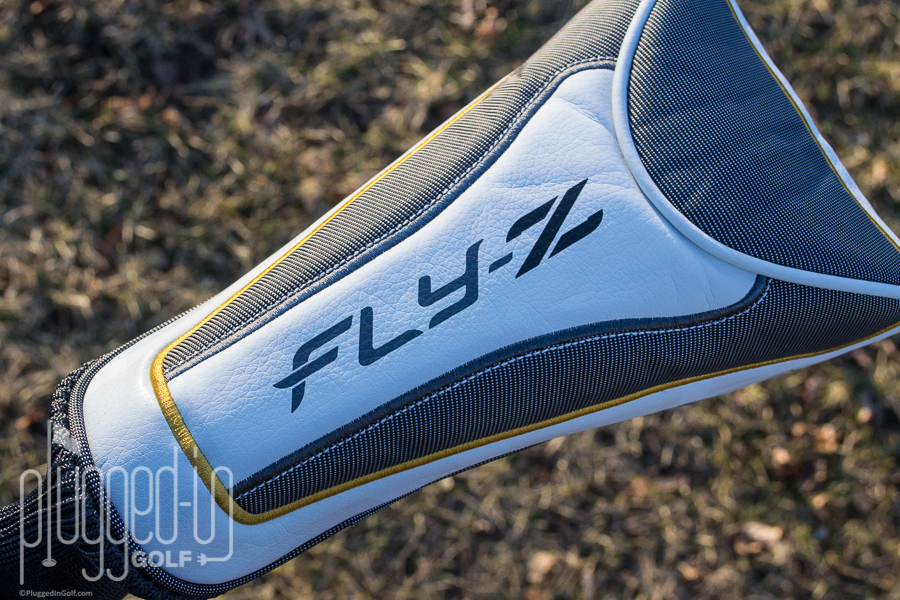 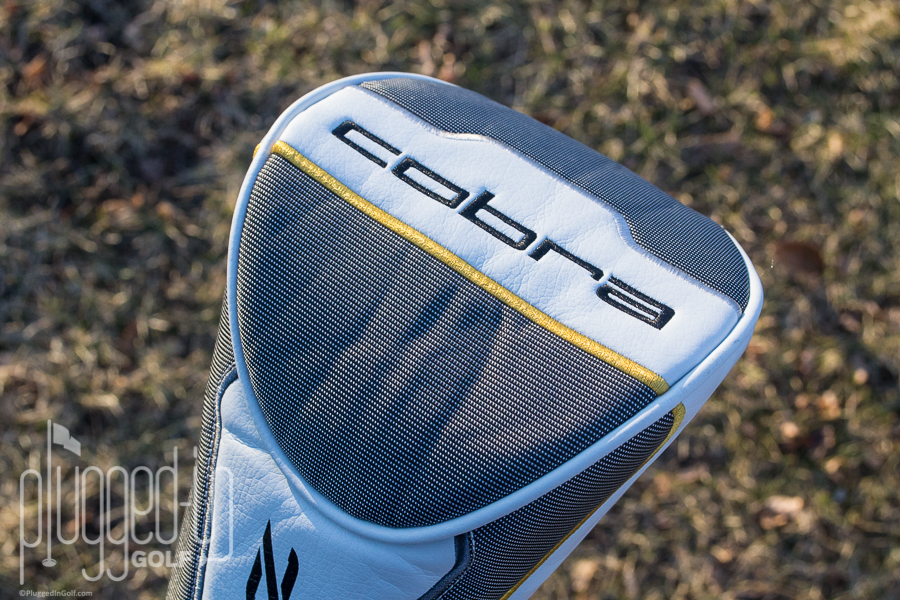 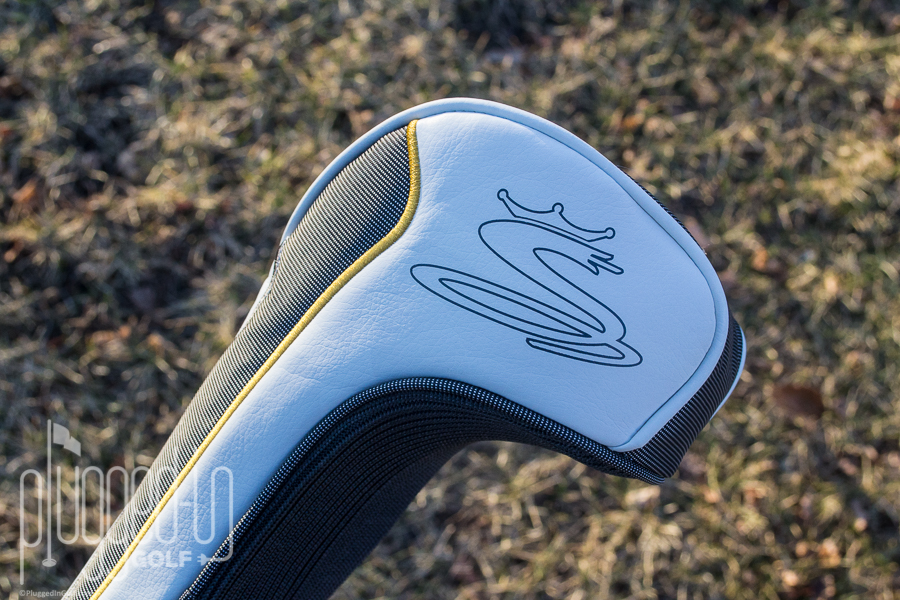 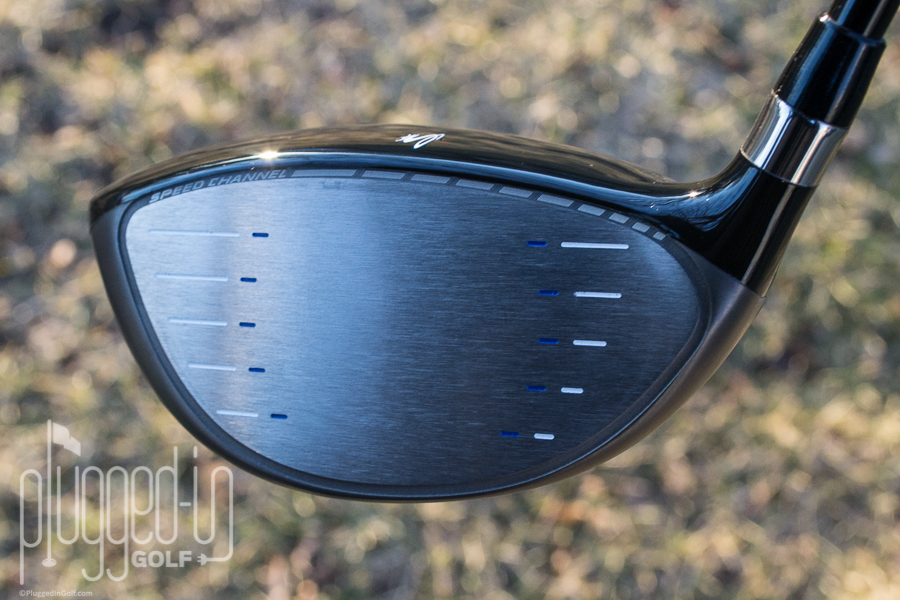