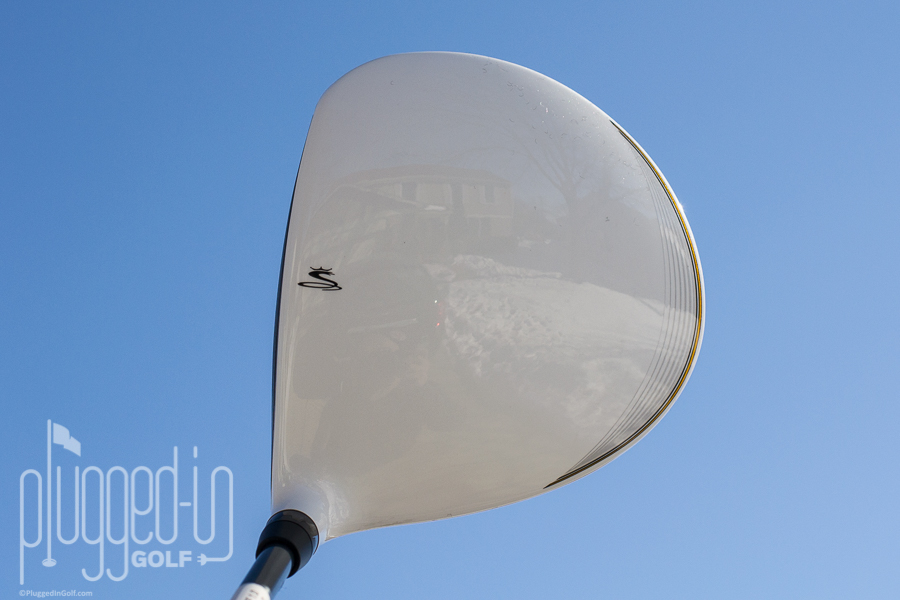 The Cobra Fly-Z+ driver is one of the most explosive and exciting new drivers of 2015.  With its adjustable center of gravity (CoG) and strong performance, the Fly-Z+ stands on its own as one of the top drivers in the game. 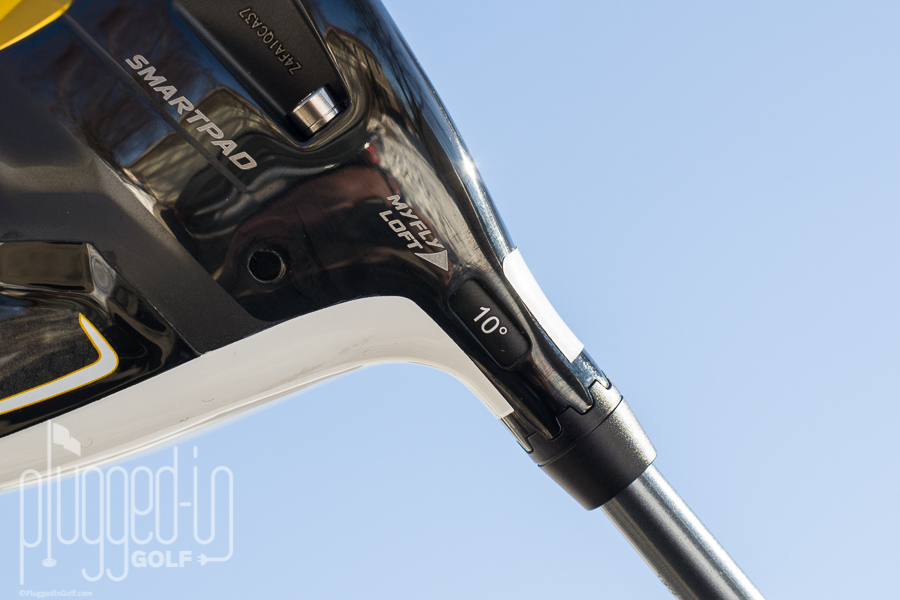 Yes, everyone, I am the resident Cobra fanboy here.  I have been a Cobra fan for quite some time, and recent history has backed up my allegiance with some strong products that have been able to hold their own with all of the other big players in the game.  Though others on staff may disagree with me, I can unequivocally say I believe the Cobra Fly-Z+ driver is the best driver of 2015.  Cobra has maintained some of its better characteristics from the previous two generations of drivers and introduced an ability to adjust the center of gravity (CoG) to be able to better fit the driver to your shot and make it easier for you to find the fairway off the tee with some added distance. 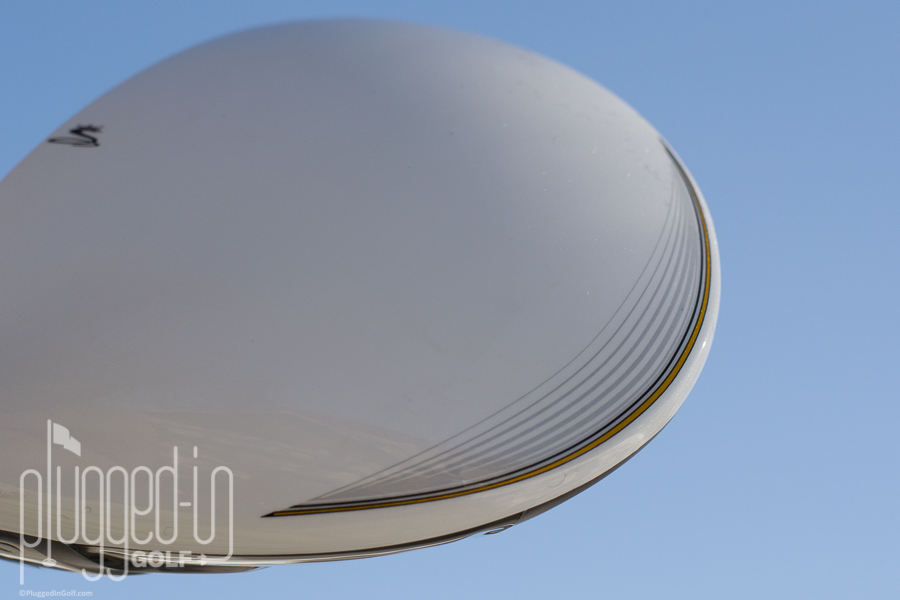 At address, the Cobra Fly-Z+ driver is fairly modest and simple, which is great.  The BiO CELL drivers had the cell markings on top of loud crowns, but the Fly-Z+ driver has a basic metallic paint job that really pops in the sun – even in white – and the drivers come in the wide range of colors that Cobra has become known for over the past four years.  The shape is a compromise between round and pear with a confidence-inducing look at address.  All in all, the Fly-Z+ is a great looking club that provides the perfect blend of simplicity and flair. 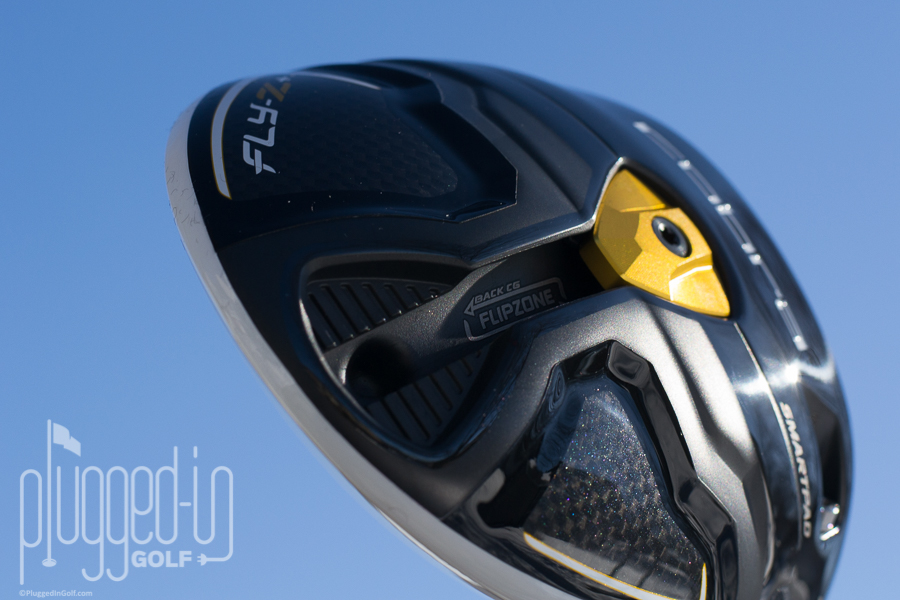 Cobra has had success with its E9 face technology for quite a few years now, but they have introduced a new Speed Channel around the face of the Fly-Z+ driver.  This Speed Channel is designed to minimize the face thickness and create higher ball speeds.  This also has a direct impact on the sound and feel of the golf club.  At impact, the Fly-Z+ has a very loud sound that has a “thwack” to it.  It’s not overly metallic, but it’s certainly loud enough to make a point.  The face has a noticeable explosive feeling when the ball jumps off the face.  The Fly-Z+ driver is similar to its predecessors in that the face is very forgiving.  I would argue that out of the four previous drivers with E9 faces, the Cobra Fly-Z+ is  the best at minimizing loss of ball speed and overall consequence on mishits. 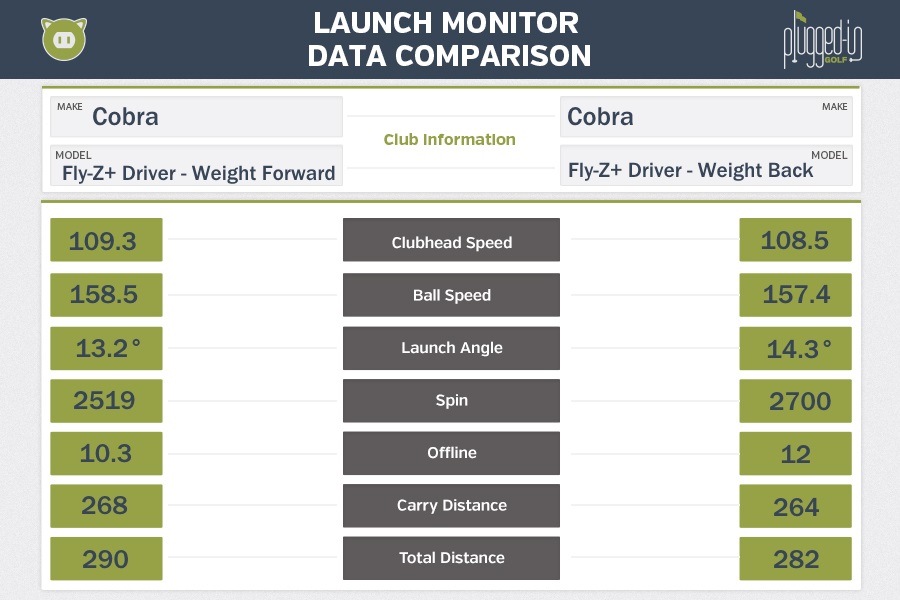 The performance of the Cobra Fly-Z+ is where this club really begins to get interesting and earn its keep.  The hallmark of the Fly-Z+ driver is its adjustable sole weight that alters the CoG of the club.  By putting the weight in the rear position of the club, you should see a higher ball flight with more carry.  By moving the weight to the forward position, you should experience a more penetrating ball flight with more roll.  This adjustment is significant, and the graphic above doesn’t quite tell the whole story.  The optimal setting for me was with the weight in the forward position.  I was able to swing very naturally, get good carry, and great roll which allowed me to hit some really nice drives and really jump on a few.  Hitting long, accurate shots felt virtually effortless.  When I moved the weight to the rear of the club, I found myself hitting some crazy balloons that went too high in the air, and I was not getting great carry or distance.  To fix this and “narrow the gap” that you see in the graphic – and keep the golf balls from putting holes in the ceiling – I made adjustments to my swing which made the club more difficult for me to swing.

The results I experienced with the weight in the rear position should not be alarming whatsoever.  Not all swings are alike, and not all swings need the same things.  I know plenty of people that need all the help they can get to get the ball up in the air so this setting should work wonders for them.  The beauty of the Fly-Z+ driver is that the CoG is easily adjustable and anyone using the club should be able to experience real benefits from it. 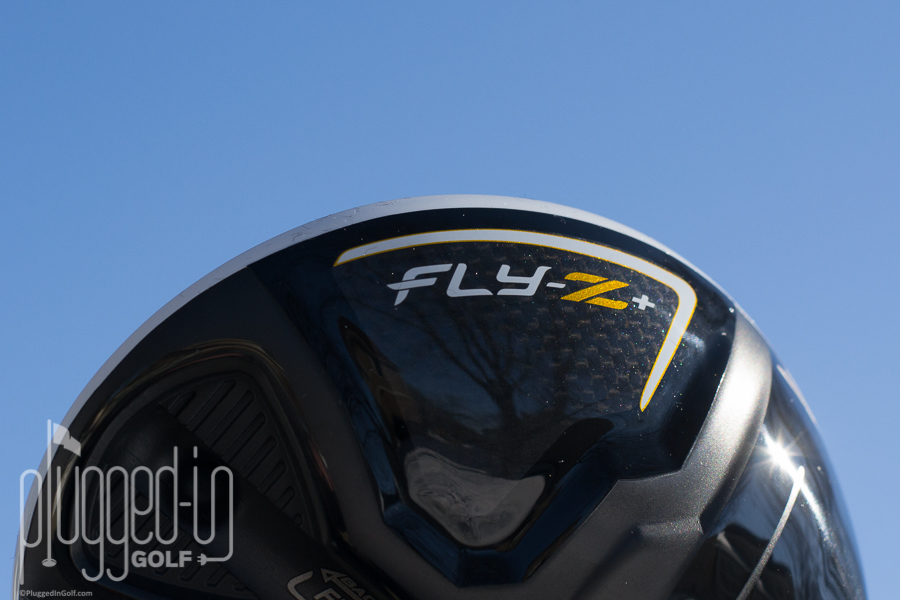 Going into January of 2015, I was fairly certain I had my bag set for the year, and I was planning on using a driver from a different brand.  After spending time with the Cobra Fly-Z+ driver, I’m shocked that I thought about straying from the Cobra ranch at all.  The Fly-Z+ is a great reminder for me of why drivers are so much fun to hit.  I can’t tell you I think I’ll find myself making CoG adjustments all the time, but the fact that I have the choice in the first place makes for a more dialed-in golf club that is going to serve me better on the golf course.  If Cobra Golf hasn’t already grabbed your attention as one of the top players in the golf equipment industry, consider the Fly-Z+ driver as the indicator that you better start. 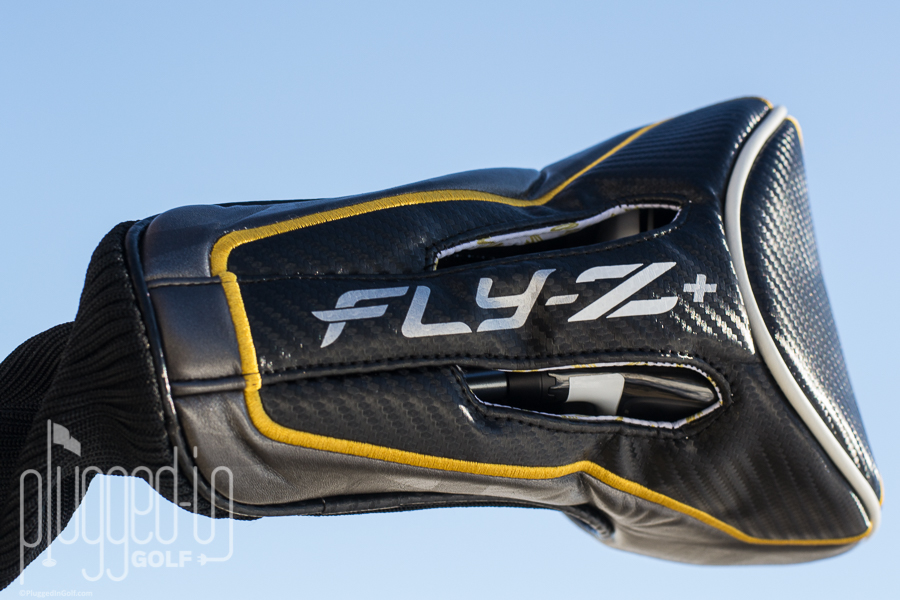 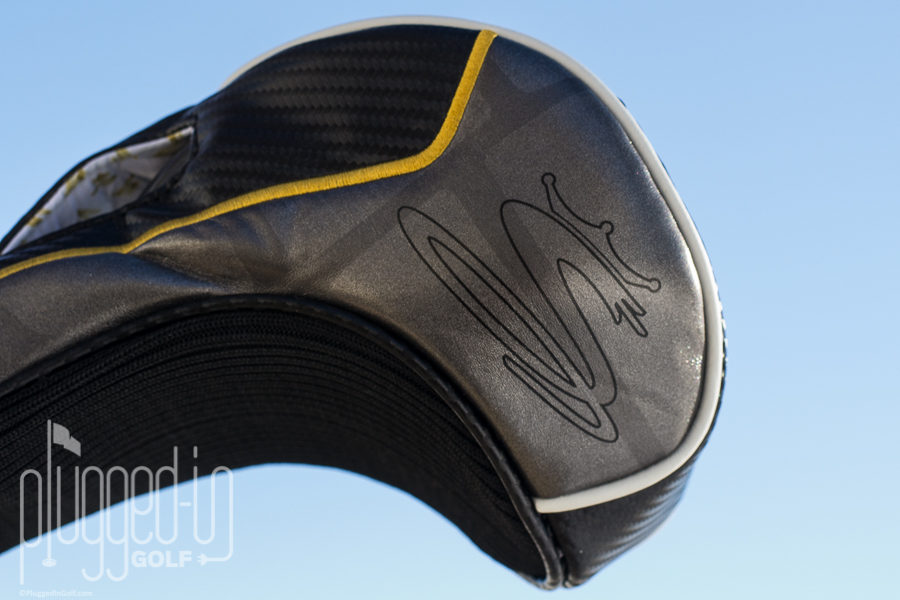 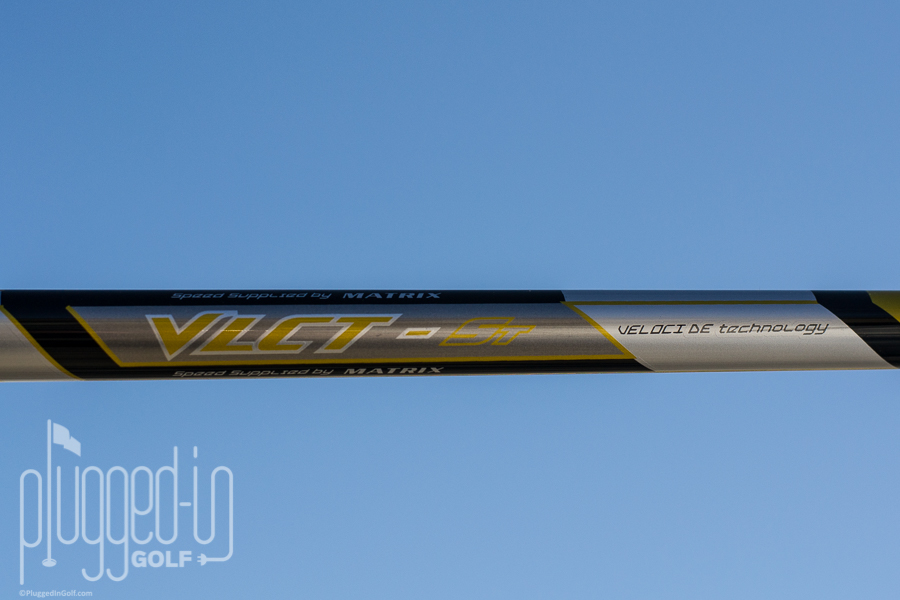 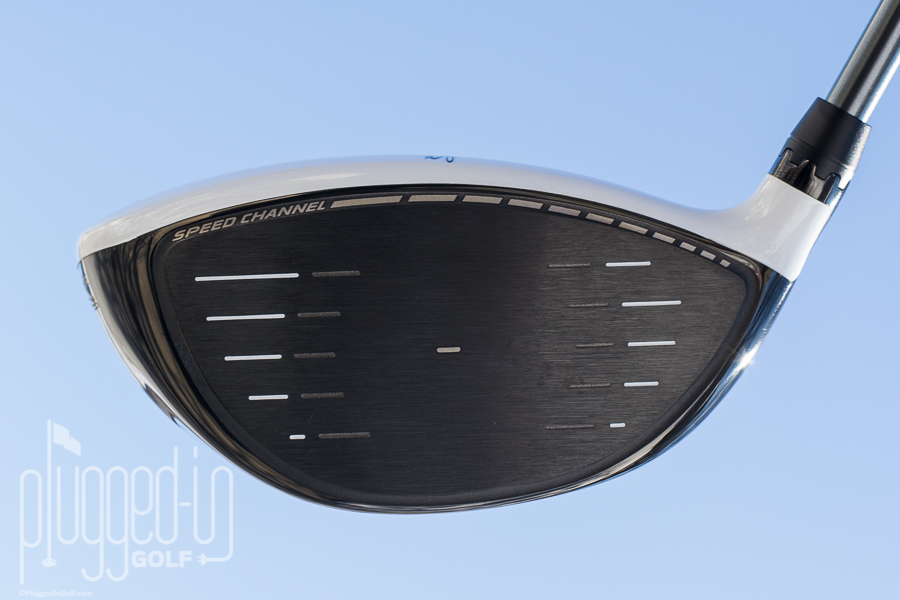 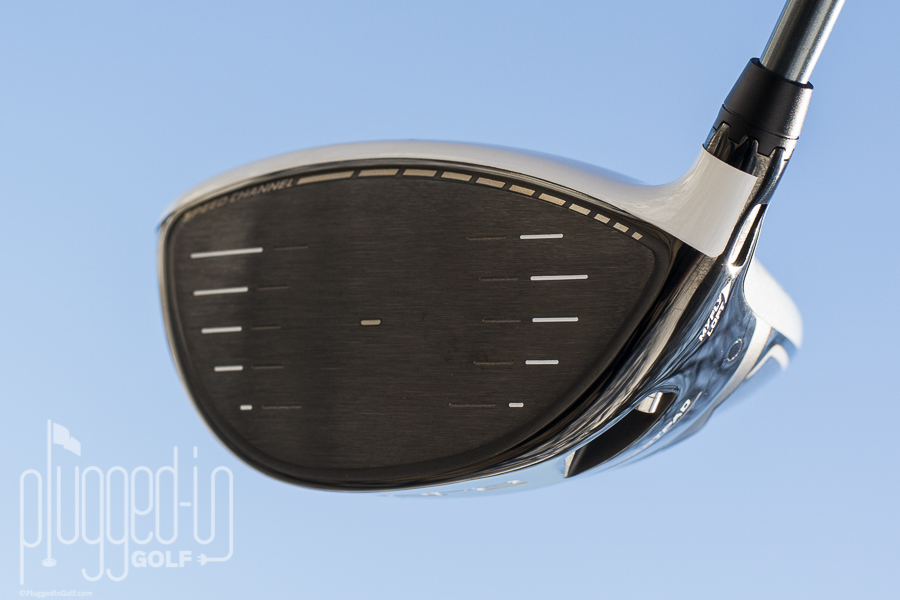 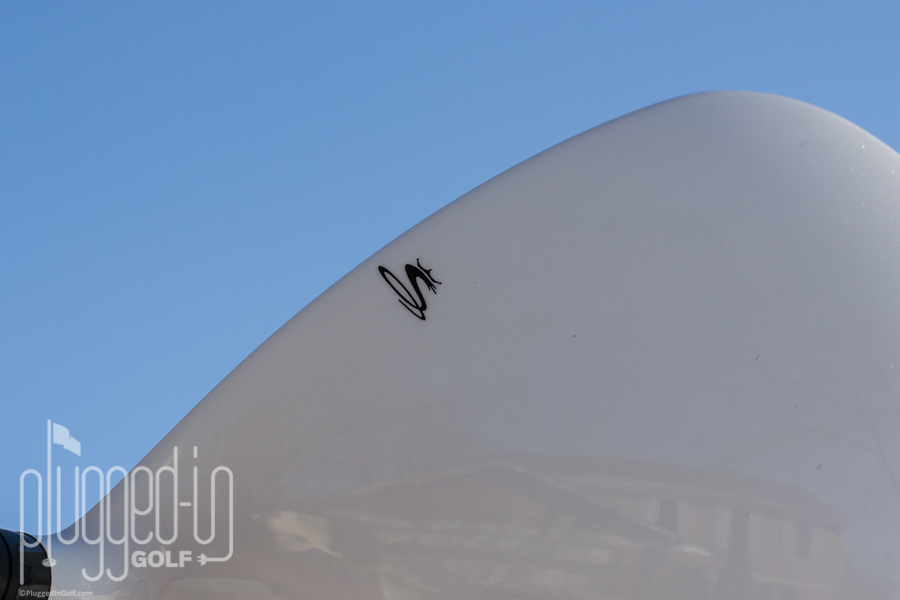