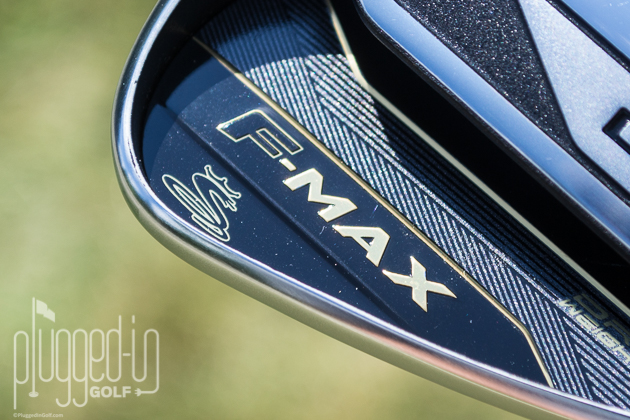 The Cobra F-Max irons are extremely easy to hit and a perfect choice for the average joe as well as beginners with moderate swing speeds.  Available in ONE LENGTH configuration. 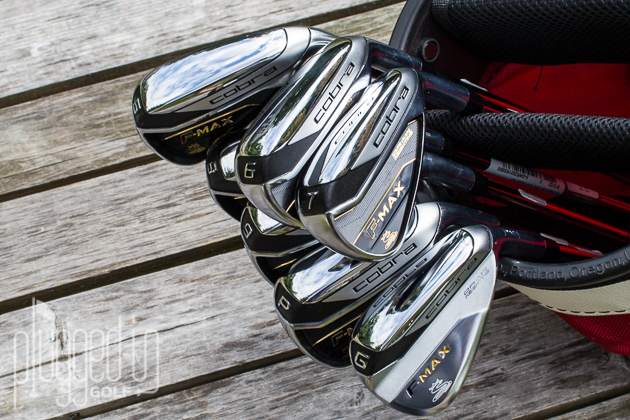 I can’t  begin to tell you how often people say to me, “Hey, Bill, I’m looking to pick up golf, and I’m still using my dad’s clubs from 1989.  I need some help.”  The Cobra F-Max irons are the perfect clubs for these players. 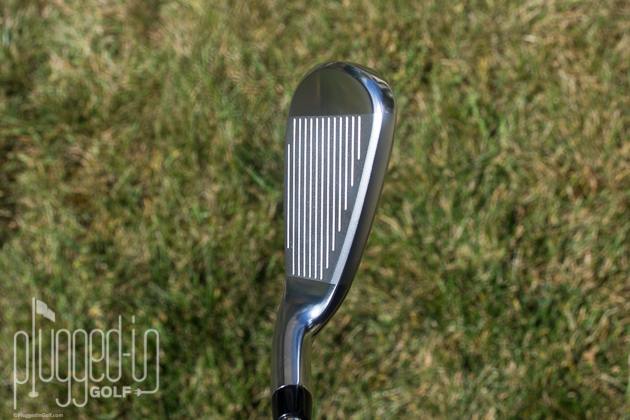 No one is going to mistake the Cobra F-Max irons for anything other than a Super Game Improvement (SGI) iron.  Guess what?  That’s perfectly fine.

At address the top line is chunky as it should be and the head is long.  There’s noticeable offset, but it’s cleanly blended into the hosel so as not to stand out like a sore thumb.  The gap wedge (below) is more like a traditional wedge with less offset and a pear shape. 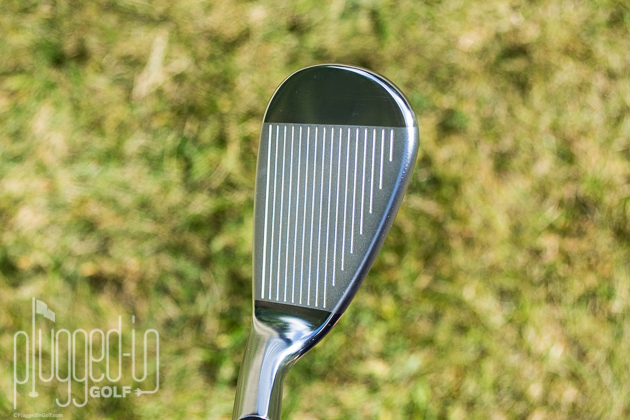 Like the King F7 irons, the F-Max is available in both Variable Length and ONE LENGTH.  The ONE LENGTH has the red, white, and blue color scheme consistent with the rest of the Cobra lineup.

Hitting a well-struck shot with the Cobra F-Max irons produces a “pop” sound off the face.  To make the F-Max more forgiving, Cobra implemented a “deeper undercut” head design to give the face more flex.  This combined with the dampening material in the undercut make the club act like a trampoline.

The feel in the F-Max reflects that trampoline effect.  Even a mishit shot feels like it has legs.  The biggest difference is that you feel the ball on the face from a well struck shot, but mishits tend to lack in response. 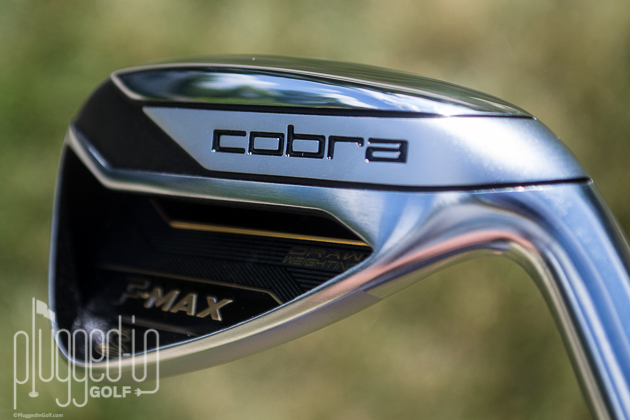 My first impression from hitting the Cobra F-Max irons was how easy it was to hit a draw.  A common swing problem for this club’s audience is the dreaded slice, so the CoG has been placed toward the heel to make a straight shot easier.  For players comfortable hitting a straight shot, they will notice a definite draw bias.  Please note, I said a draw bias, not a hook.  The F-Max is not going to suddenly turn you into a duck hook machine.

Players looking for a light, easy swinging club with a towering ball flight and good ball speed will mix well with the F-Max.  They are easy to launch in the air, and the deeper undercut helps the ball jump off the face. 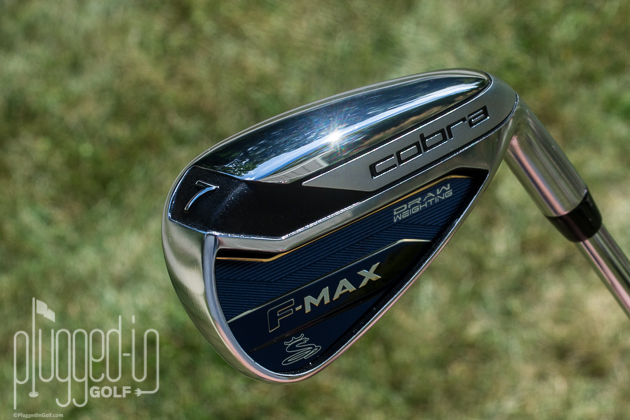 “So Bill, I want to play more golf, get better, and replace these 1989 specials.  What do you recommend to an adult that’s new to the game?”  It’s an easy answer.  In this market right now, I will recommend testing the Cobra F-Max irons every time.  The F-Max irons promote a nice and easy swing that will let the club do the rest of the work.  Next time your co-worker asks you for advice on entering the golf world, point them to this review and tell them to consider the Cobra F-Max irons. 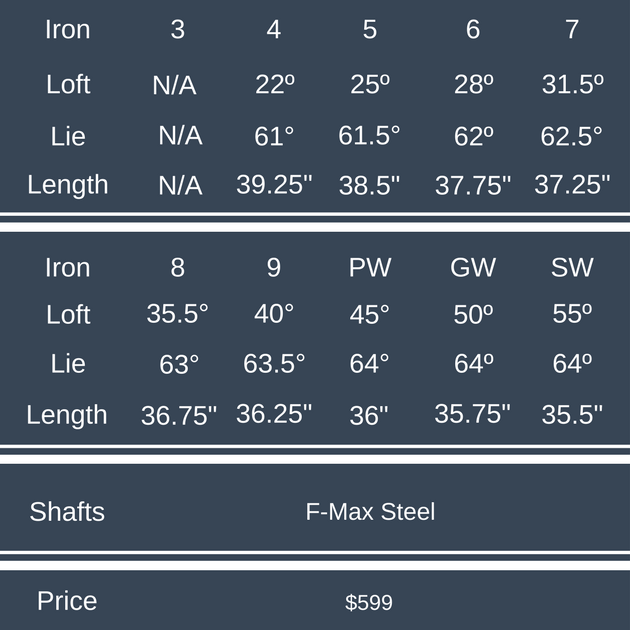