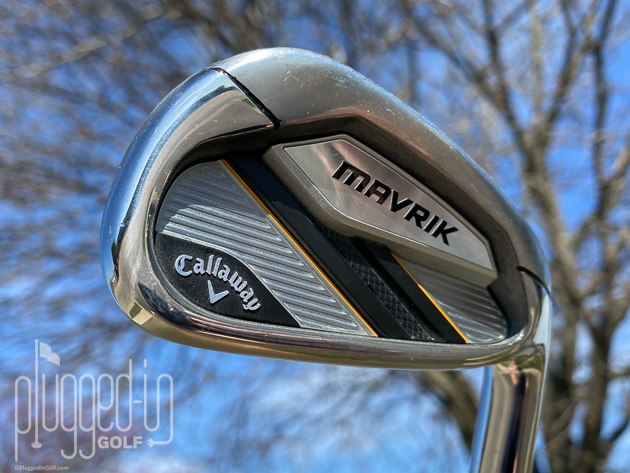 The Callaway MAVRIK irons are the longest irons in the MAVRIK family.  Great ball speed off the entire face.

When there are three irons in a family, one called MAX and another Pro, you expect the third to be a middle child, somewhere in between the other two.  In the case of the Callaway MAVRIK irons, you’d be wrong.  These irons have a personality all their own, with more distance than either brother and so much forgiveness they almost swing themselves. 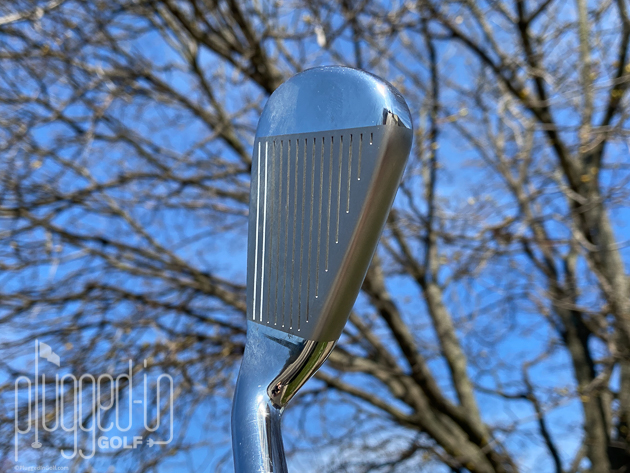 In the bag, the standard and MAX irons are nearly identical.  The sole of the MAX is wider, but the cavity is the same.  There are only two stripes of the signature orange, but it’s enough to give the cavity some character. 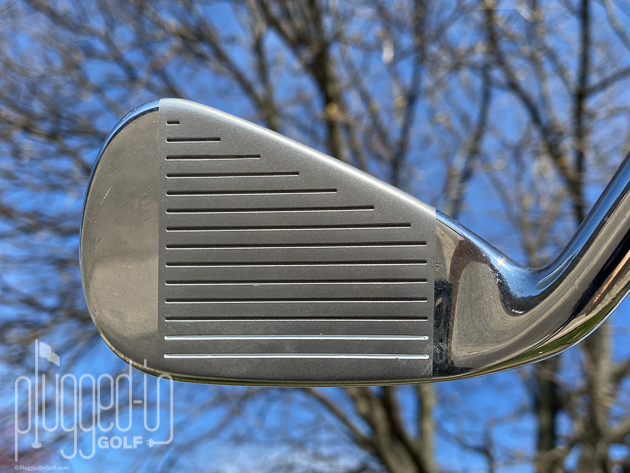 You don’t need to see ball flight or launch monitor numbers to get the sense that the Callaway MAVRIK irons are fast.  Centered impact feels crisp with a slightly loud impact sound that screams “speed.”

What surprised me about these irons, especially given the forgiveness that I’ll discuss soon, is how much feedback they provide.  The MAVRIK irons do not lie to you when you mishit the ball.  Striking the ball on the heel or toe does not feel or sound good, which, in my opinion, is as it should be. 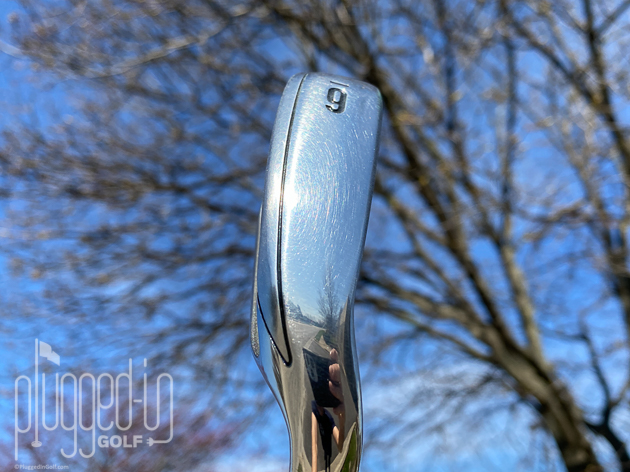 Direct from my notes: “The ease of use is stupid.”

I know that it’s easy to roll your eyes at all the buzzwords that OEMs throw around – I do it too – but in the case of the MAVRIK irons, the tech adds up to something very real – huge distance and forgiveness.  For me, the standard MAVRIK was the longest of the three MAVRIK irons, and it was the most consistent.  Mishits went a long way – I hit a shot 155 yards seemingly off the hosel – and pure shots all went the same distance without those occasional long outliers.

All this performance comes courtesy of two key technologies  The headliner is the Flash Face Cup Technology – each iron face is individually designed by artificial intelligence to maximize ball speed.  That’s paired with Callaway’s Tungsten Energy Core to dial in the center of gravity to optimize launch and spin.

The MAVRIK irons differ from the MAVRIK MAX irons in two important ways.  First, the MAVRIK has stronger lofts – 2 to 3 degrees stronger throughout the set.  For most, that’s going to mean a little more ball speed, lower launch, and less spin.  That should mean more distance in the short and mid irons but it may create gapping issues in the long irons.  Make sure to get fit.  The other key difference is that the MAVRIK does not have the strong draw bias of the MAVRIK MAX.  The MAVRIK does favor a draw thanks to the offset, but fades and cuts are in play, too. 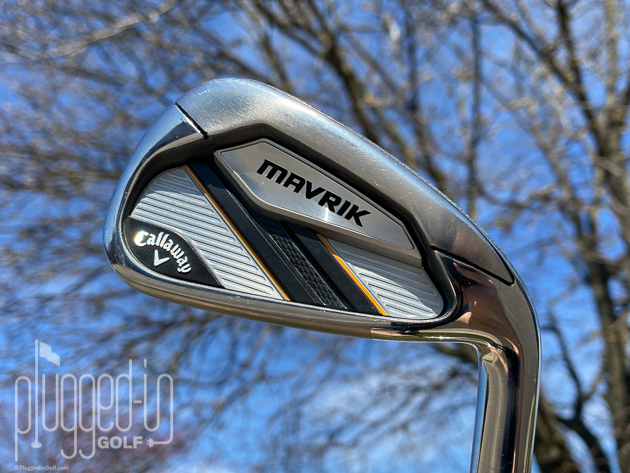 For the golfer that wants to reclaim some lost distance or just make the game easier, the Callaway MAVRIK irons need to be part of the fitting.  These irons have loads of ball speed no matter where on the face you strike the ball. 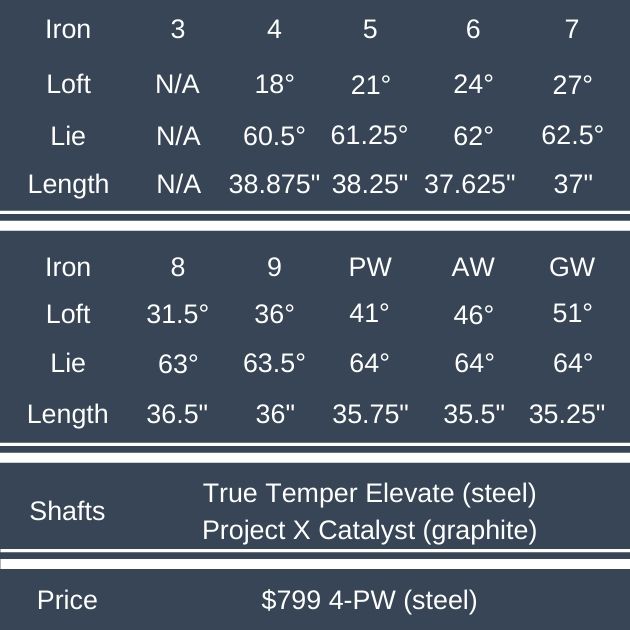