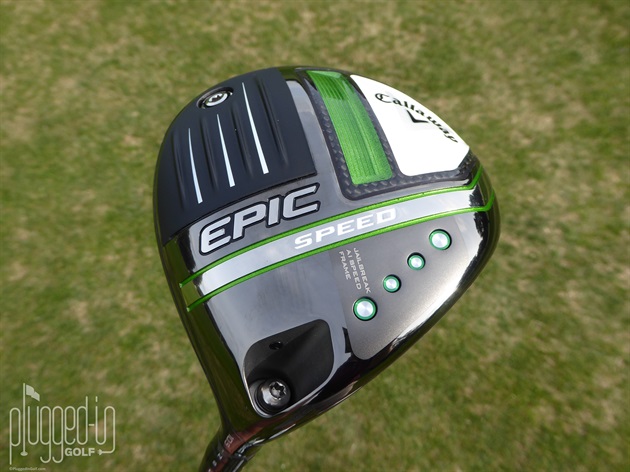 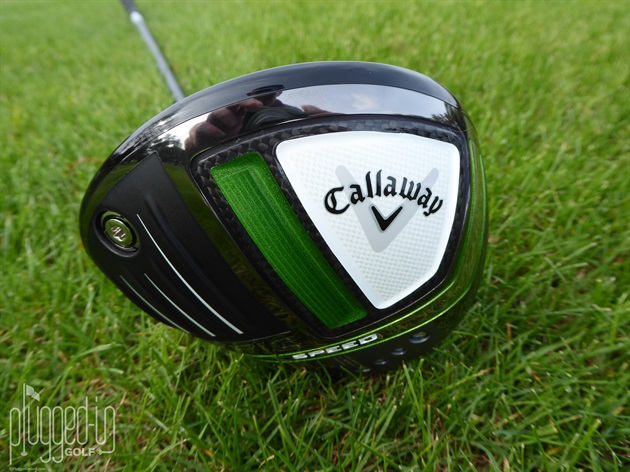 In the realm of golf, MAVRIK captured a lot of headlines in 2020 [check out all our reviews HERE].  Beyond the new name and fresh colors, Callaway optimized face performance utilizing A.I.  For 2021, Callaway engineers used the power of A.I. to develop an all new Jailbreak Speed Frame for their latest woods.  But don’t let the familiar name and green color fool you – the new woods go beyond simple evolution. 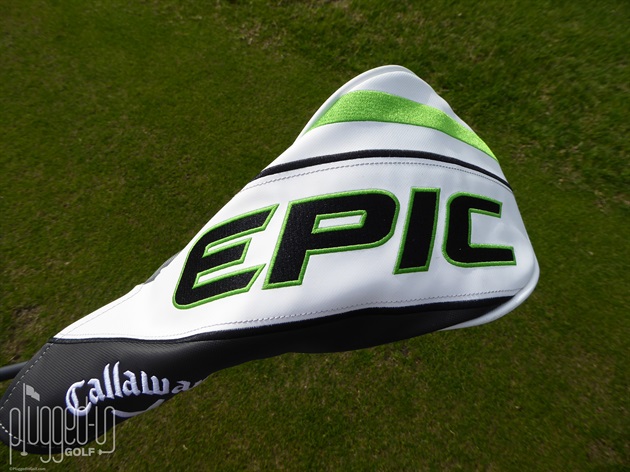 As much as I appreciated the fine stitching on the Epic headcover, I couldn’t wait to pull it off.  What I discovered was an intriguing aesthetic dichotomy – both simple and complex.  Let me explain. 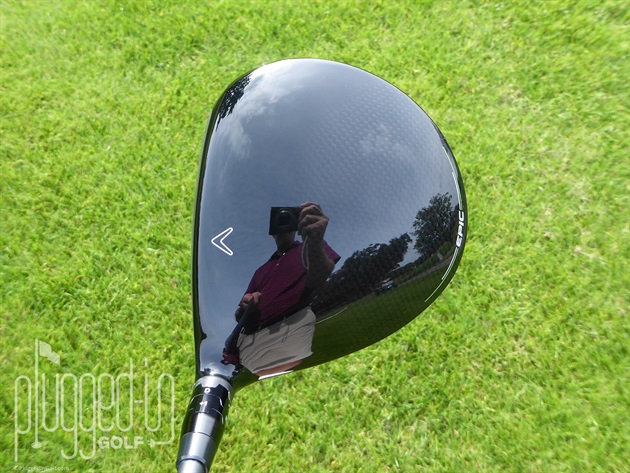 The Epic Speed driver crown has a beautiful round shape that’s ever so slightly toe-centric.  The gloss black crown offers a restrained look at the carbon fiber weave from which it’s built from.  My eyes were naturally drawn to the white chevron at address.  The trailing edge includes a modest “EPIC” and a touch of pin striping.  Simple.

The sole of the Epic Speed driver has a lot to take in visually.  Dividing the front and back is a shiny silver strip flanked by quintessential Epic emerald green that serves as a banner for “SPEED”.  Paralleling the face are the ends of the Jailbreak Speed Frame – now four strong.  The back half of the sole includes a section of raised fins, a weight port, an emerald lap pool, and large, white Callaway logo field.  Complex.

With the contrast in looks between the top and bottom, the Callaway Epic Speed is one great looking driver.   The green HZRDUS Smoke iM10 shaft adds to the visual appeal. 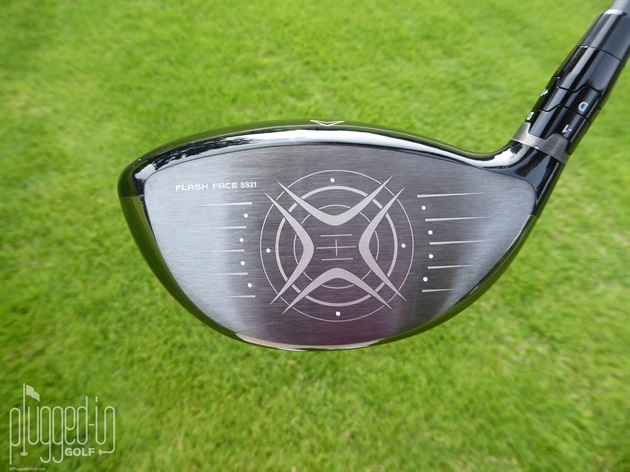 The Epic Speed driver produces a staccato ‘ting’ at impact that reminded me of a blacksmith hammer striking an anvil.  The volume was restrained and stealthy, and I actually wrote “like an assassin” in my field notes.  The sound was consistent across the face, only becoming a tad muddled with contact near the edges.

Balls felt explosive off the face and much like with the sound, feedback in my hands was limited to poor strikes.  The clubhead felt very stable through the hitting zone.  Overall, the Epic Speed driver had an excellent feel that gave an inspiring sense of precision. 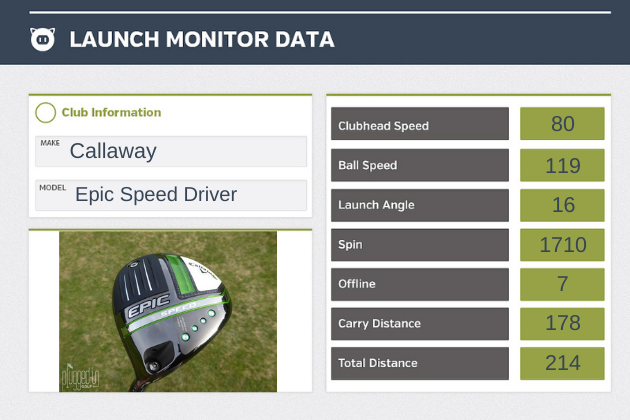 The feeling of a boundless sweet spot appeared to be corroborated by consistent distances and flighting based on visual indicators on the driving range.  Launch monitor data gathered at Club Champion confirmed my observations – the Callaway Epic Speed driver is super forgiving.  Smash factors were consistently high in a tight range of 1.48 to 1.50. 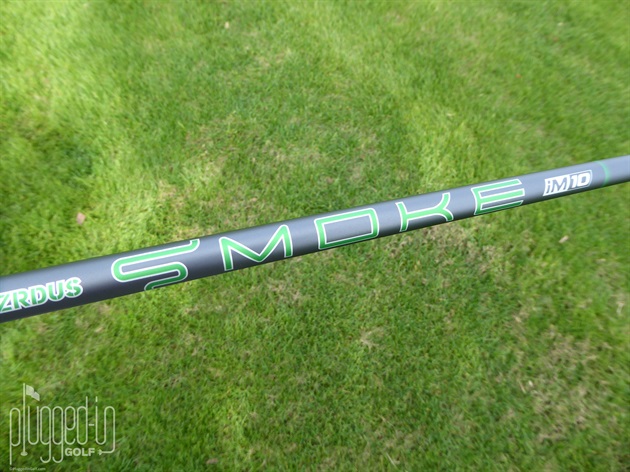 You can note from the chart above that my spin and launch were on the low side which greatly influenced my carry distance.  Designated a mid-spin, mid-launch shaft, the Project X HSRDUS Smoke iM10 shaft didn’t quite align to my swing.  A quick check with an alternate shaft had my numbers popping higher across the data fields.  As my confidence with the Epic Flash grew, it was exhilarating to see my swing speed increase and the golf ball travel further.  Even more impressive was the tight dispersion.  Finding fairways even without perfect contact is a wonderful thing. 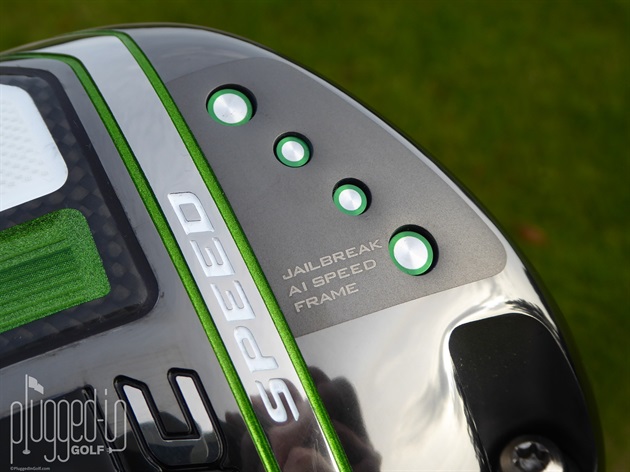 As I mentioned in the intro, the new Jailbreak Speed Frame is at the heart of the sound, feel, and performance of the Epic Speed driver.  Not only does the new Jailbreak Speed Frame provide vertical stiffening between the sole and the crown like the original Jailbreak technology, but it also boosts horizontal and torsional stability.   Paired with the titanium Flash Face SS21, the Epic Speed driver delivers excellent ball speeds across an expansive hitting area.

To help golfers generate more swing speed, Callaway designers added tall fins on the sole and flattened the crown of the Epic Speed driver for improved aerodynamics.  To enhance forgiveness, designers utilized a triaxial carbon composite for the crown material in order to save, and redistribute, weight.  That same material was utilized in the white toe patch to promote a slight draw bias. 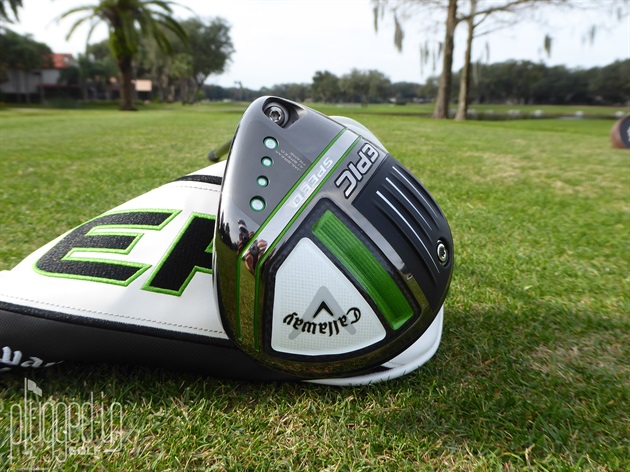 Callaway boasts that the Epic Speed driver has “fast ball speeds across more expansive area,” aerodynamics that make it the “fastest Epic driver head” ever, and more “forgiveness versus previous MAVRIK designs,” all of which I found no reasons to dispute.  The new Jailbreak Speed Frame may hinder the feedback some better players prefer, but the improved performance consistency is worth the tradeoff – especially with the overall excellent feel.    I started this review with an open question as to what driver I’m going to game for 2021 and the Callaway Epic Speed made a very compelling case. 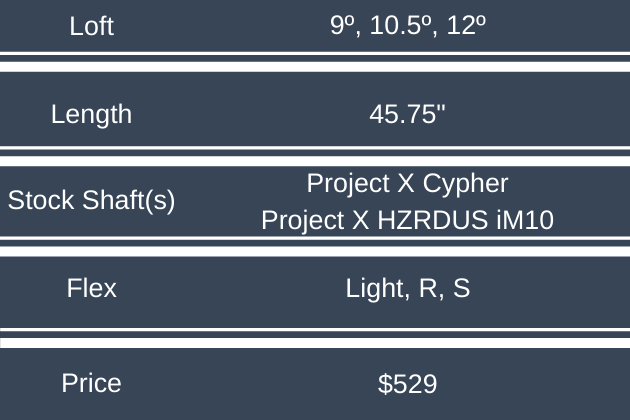