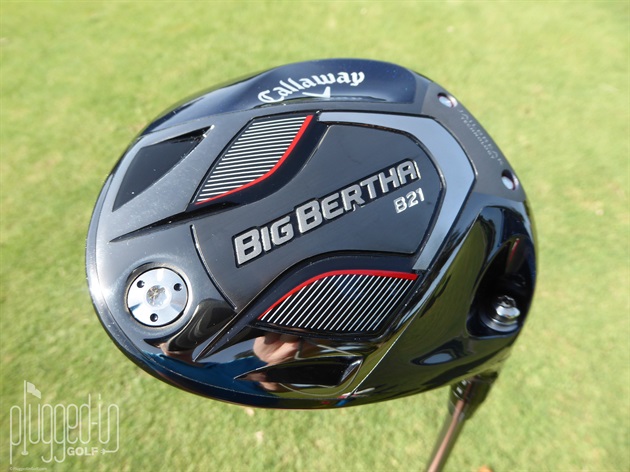 Built to combat the all too common slice, the Callaway Big Bertha B21 driver delivers straight distance.  Low spin and excellent forgiveness with distinctive looks. 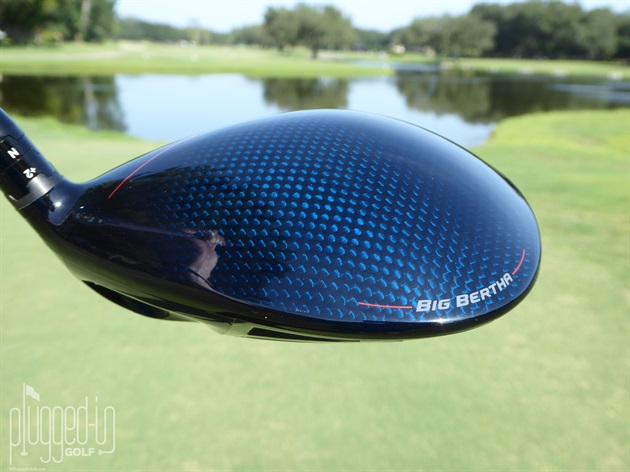 Big Bertha is one of the great names in golf equipment.  Launched in 1991, the all stainless steel club head ushered in the new age of metal woods.  Over the years, the size has grown substantially and the materials have become more exotic, but the soul of Big Bertha remains focused on making golf more enjoyable.  Now, even with their stellar MAVRIK driver lineup [check out all our reviews HERE], Callaway adds the Big Bertha B21 giving golfers another option for matching their needs.  The comfort of a familiar name and the hope ‘21’ brings – thanks Callaway. 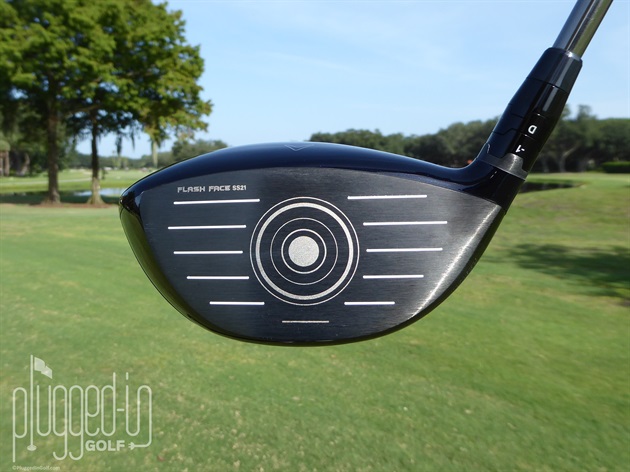 Exposed carbon fiber weave isn’t anything new, but Callaway hit it out of the park with the blue of the Big Bertha B21.  The triangular shaped head is reminiscent of the Big Bertha Fusion, but with better balance and overall visual appeal.  The chevron aim point and red pinstriping really pop and complete a powerful look at address.  Most notable is the lack of offset, a feature I expected to find in a draw biased driver.

The face of the B21 is tall and inviting with an almost square appearance.  The sole is somewhat busy with numerous recessed areas and finishes.  The deep metallic blue does coordinate well with the crown as do the red accents.   Overall the Big Bertha B21 has a distinctive look – both in the bag and in your hands. 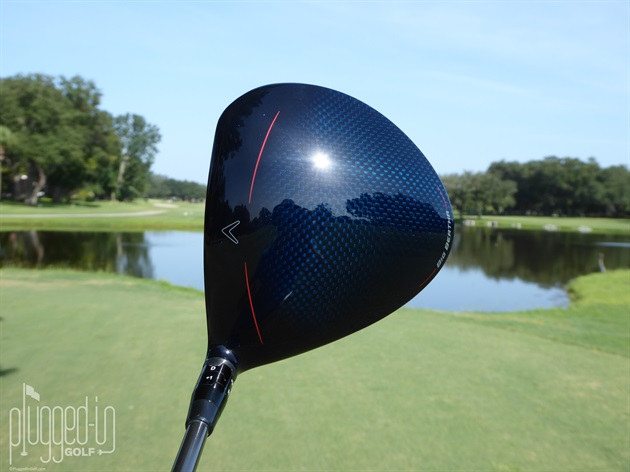 The Big Bertha B21 driver produces a staccato metallic crack that’s a medium plus in volume.  The sound is markedly consistent across the face and although distinctive, doesn’t draw attention.

With the stock Callaway RCH 65 regular shaft, the club felt very balanced throughout the swing.  At impact the head felt stable and invoked the word “POW” as if Batman had landed a punch as the ball left the tee.  To my hands, feedback was marginal as would be expected from a large, forgiving face. 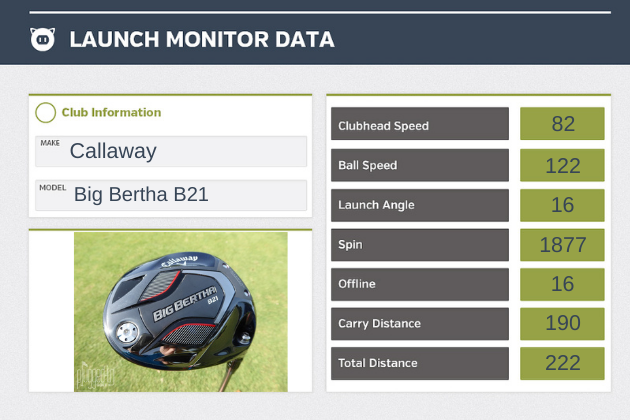 My normal golf swing produces a slight draw which typically gets exaggerated by draw biased clubs, so I was a bit perplexed when that didn’t happen with the Big Bertha B21 driver.  Ball flight was straight and stayed right of center.  Opening up my stance a bit for a fade, once again the ball flew straight but held left of center.  With a little more tinkering I was hitting drives straight down the fairway.  If you’ve been compensating for a slice or a push by aiming down the left side, you’re going to enjoy aiming at your actual target with the B21.

As I looked over the launch monitor data collected at Club Champion, smash factor really stood out.  Even while working out how to hit the driver, the lowest smash was 1.49.  Matt Saternus and I both marveled at the Flash Face SS20 utilized in the MAVRIK lineup, and the Flash Face SS21 version on the Big Bertha B21 is equally impressive.  To assist in the delivery of strong ball speed and forgiveness, Callaway also implemented their proven Jailbreak and a T2C Carbon Crown technologies. 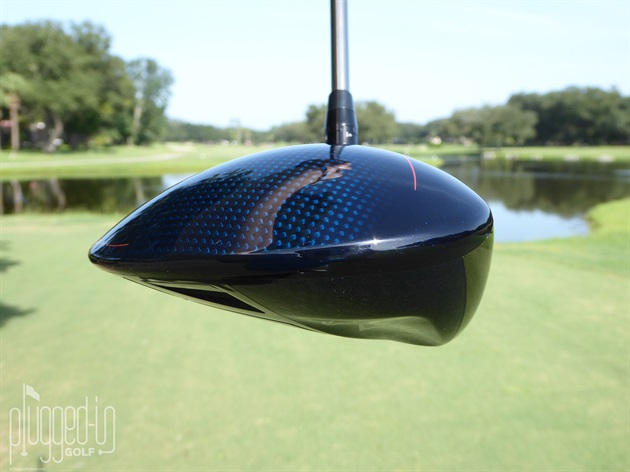 Along with internal weighting, Callaway utilized low spin for the slice busting, straight ball flight design of the Big Bertha B21 driver.  The low and forward CG definitely produced low spin throughout my testing.  My trajectory was a bit low with the 10.5° loft which is likely attributable to the combination of low spin and shaft dynamics.    The B21 driver does have an adjustable hosel for fine tuning, but don’t be afraid to try the 9° or 12.5° models. 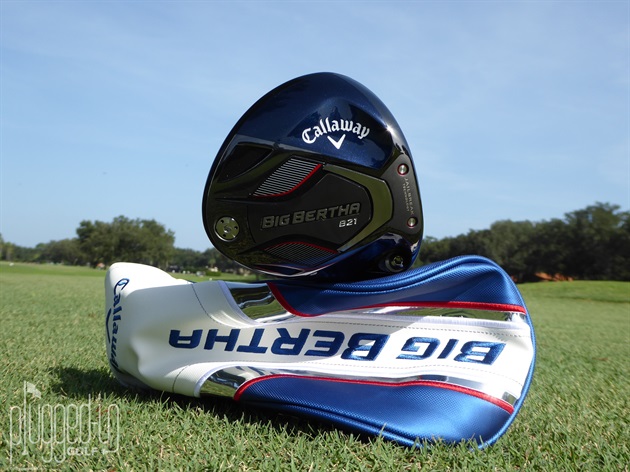 It took some time to figure this driver out, but in the end it seemed that Callaway had indeed developed a “new formula” for straightening out tee shots.  Comfortable and confident with the B21, I ratcheted up my swing to 87 mph and cranked out a 240 yard beauty – really solid for my game.  The Big Bertha B21 driver adds another great option to the Callaway driver arsenal. 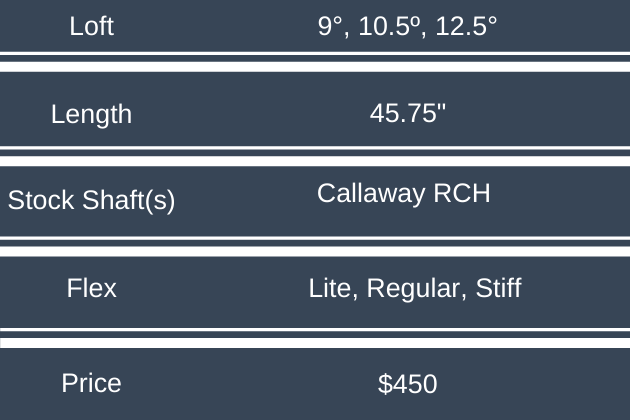