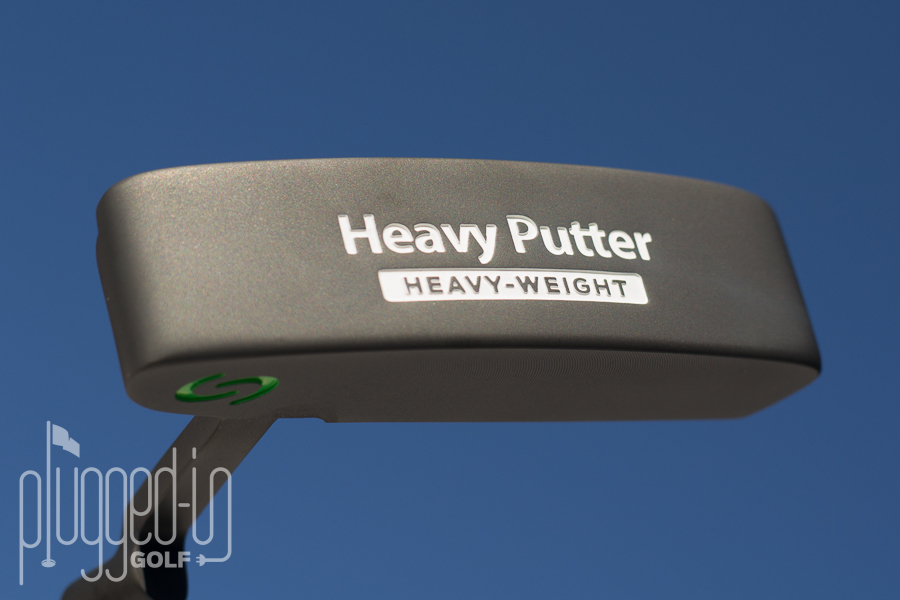 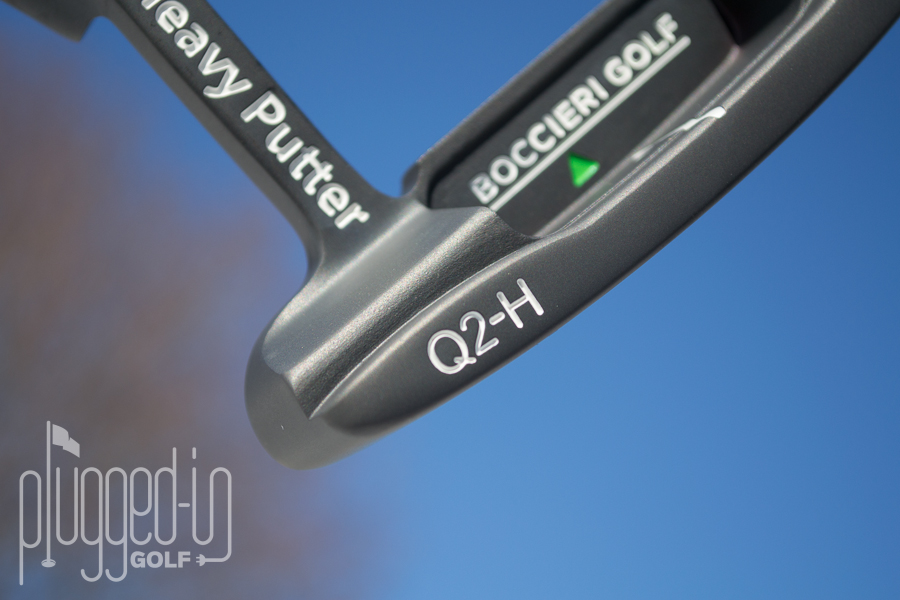 There was a time when it wasn’t trendy to have a heavier head on the end of your putter, but there was this one putter out there going against the grain and getting funny looks from anyone who picked it up.  It was called the Heavy Putter.  Fast forward a few years later and all of the sudden, the golf world realized that these “nut jobs making funny putters” were onto something.  Now there isn’t a major putter manufacturer that isn’t making a heavier putter and messing around with more weight and counter balancing, largely in response to the impending ban on anchored putters.  There’s only one company that’s been ahead of this curve for quite some time, and that’s Boccieri and their Heavy Putter products.  This review will examine the EL Series (Extended Length) and the Q2-H putter. 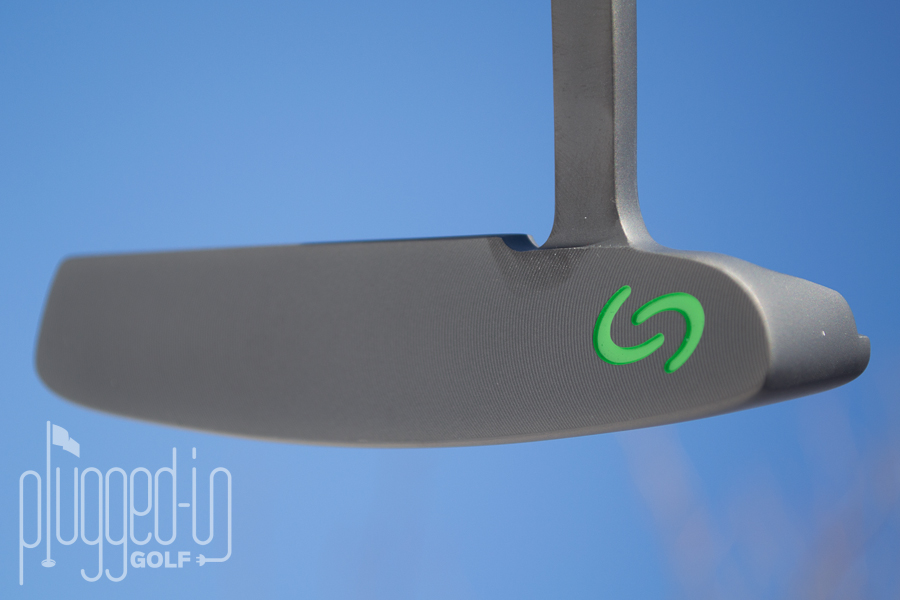 The Boccieri EL Series putters come in two different color schemes.  Depending on your desired head shape, you will either be able to get a black or silver PVD finish, both of which reduce sun glare and have a high durability factor.  A strong positive in Boccieri’s favor is that they have a nice variety of different blade and mallet head shapes with different hosel configurations.  Boccieri has a nice fitting guide that will help you choose the right putter for your game.

In terms of the Q2-H that we reviewed at Plugged In Golf, the black finish is nicely accented with a bright green paintfill, a lightly milled face, and a really nice matching black and green grip.  It’s a basic Anser-style head that sets up with a full shaft offset. 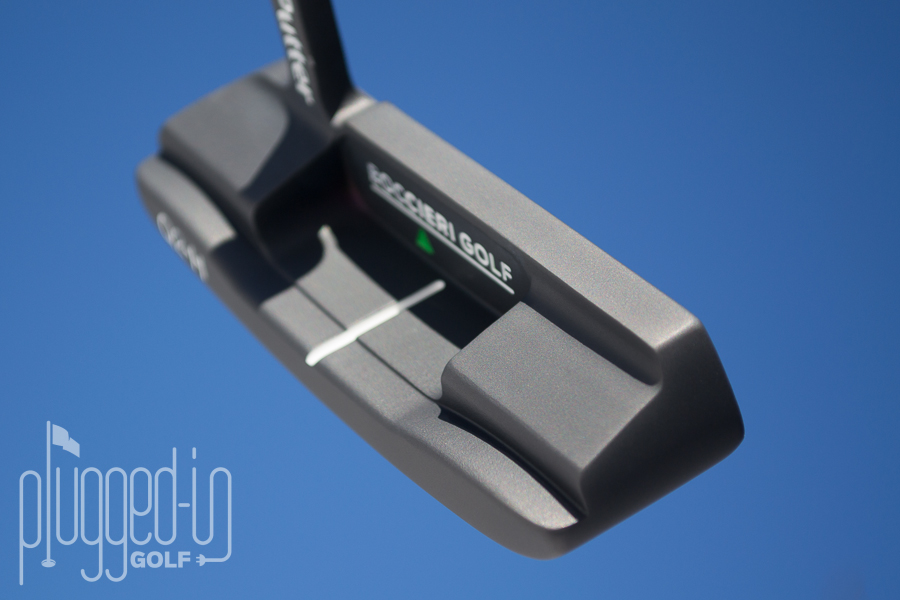 The sound of the Boccieri Heavy Putter is a little different than you would normally hear out of a non-insert putter.  The face doesn’t give off as much of a click, but it doesn’t sound as muted as an insert either.  I would define the sound as more of a muffled thud that falls right between the former comparisons.

As far as I’m concerned, the biggest selling point to Heavy Putters always has been, and always will be, the feel.  The face has a very soft feel, and, though it’s unforgiving when you’re off center, the precise balance makes finding the sweet spot very easy. 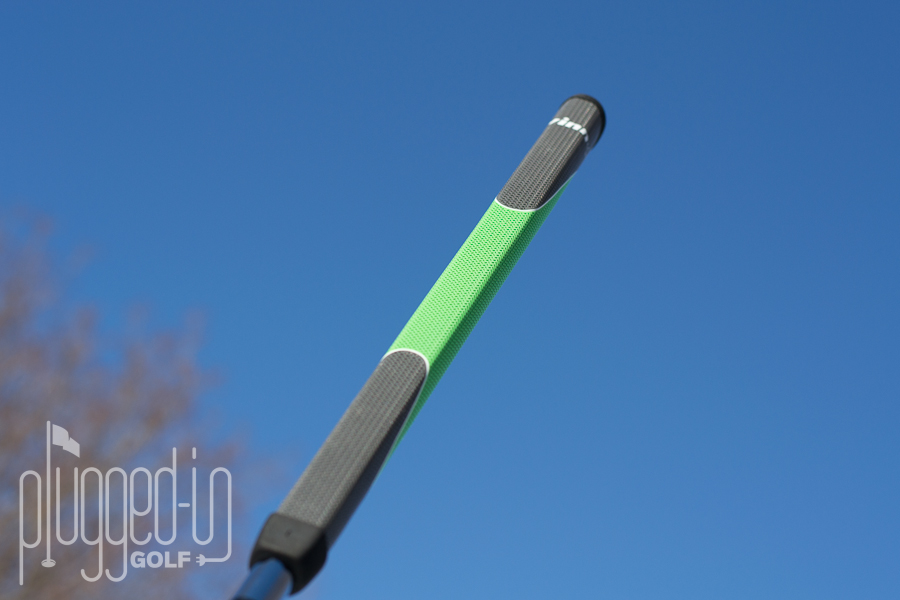 The idea behind a counterbalanced putter is to find an easier way to maintain control by creating a higher moment of intertia (MOI).  This is supposed to make the putter feel and swing with more stability and create some of the sensations found in anchored putters.  The way this is accomplished is by making the putter head heavier, extending the club length (typically 36″-38″), and adding weight in the grip.  This is especially beneficial to golfers that use conventional putters and want the benefits of an anchored putters without switching, or for anchored putter users that are looking to switch over to conventional lengths before the anchoring ban hits.

For me, the true performance test in counterbalanced putters is how easy they are to control.  Being that I don’t typically play a counterbalanced putter, I had to spend a bit of time getting used to the Heavy Putter, but it demonstrated a few things to me right away.  The first thing I noticed is that I got the best roll on the ball, and the smoothest stroke, when I just let the club do the work.  The more I tried to fight and control it, the more I seemed to hit terrible putts.  Once I put my faith in the putter, loosened my grip, and just put smooth, easy strokes on the ball, I was seeing the ball tracking on great lines with a nice pure roll.  The higher balance (from the added weight in the extended grip) is what manages the control, you just have to maintain the proper tempo.  For a guy like me that doesn’t like an anchored putter, this whole Extended Length, or counterbalance concept is certainly interesting and something to really take seriously, especially with the control and stability results I was consistently seeing after a very short period of time with the putter. 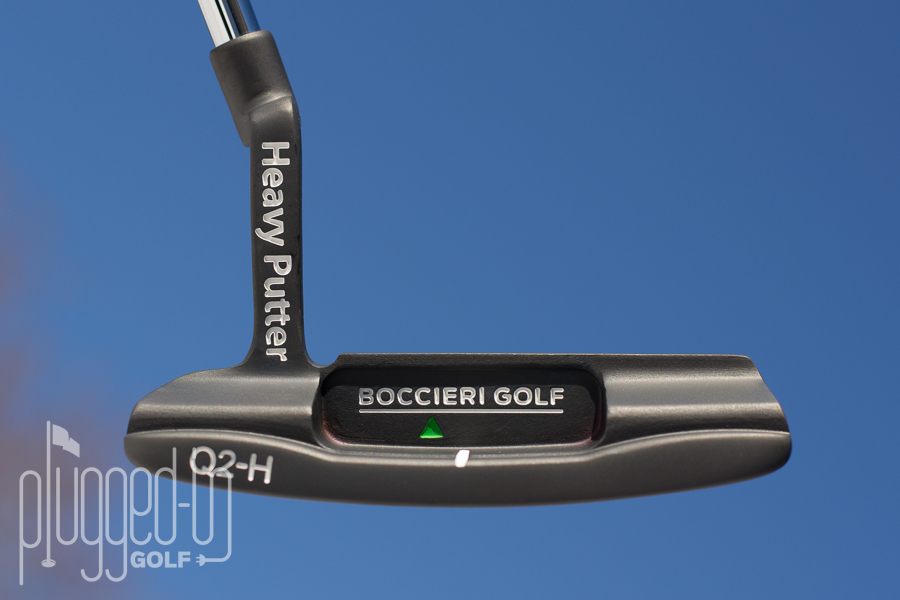 Whether you’re preparing for your professional mandate to switch back to a non-anchored putter in 2016, or just looking to get better at putting consistently, you may want to take a look at Boccieri’s Heavy Putter EL Series.  Boccieri is the O.G. of the exceptionally heavy putter game, hence the name “Heavy Putter.”  It’s no surprise to me that Boccieri took the current counterbalance putter craze and did a great job creating an affordable, high-quality putter option for those ready to make the change. 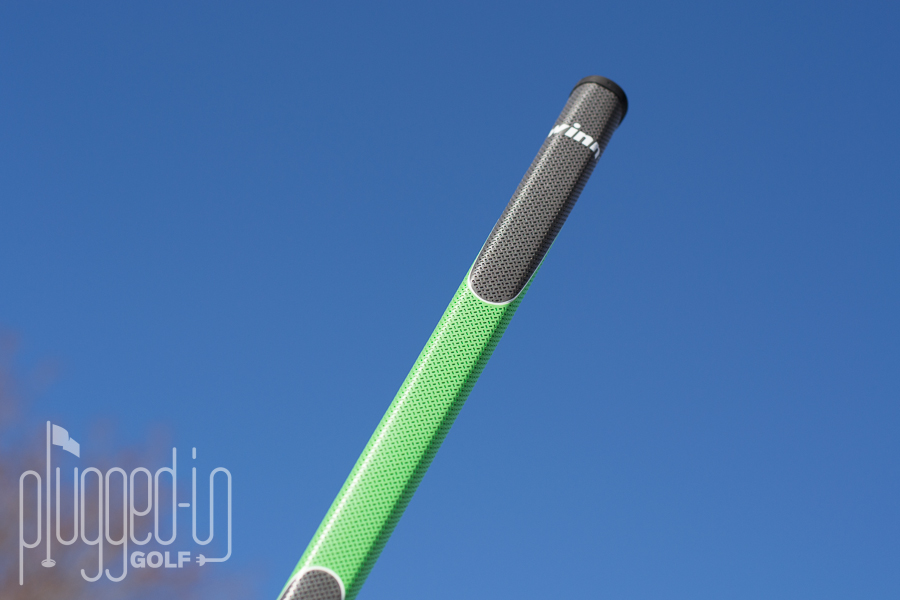 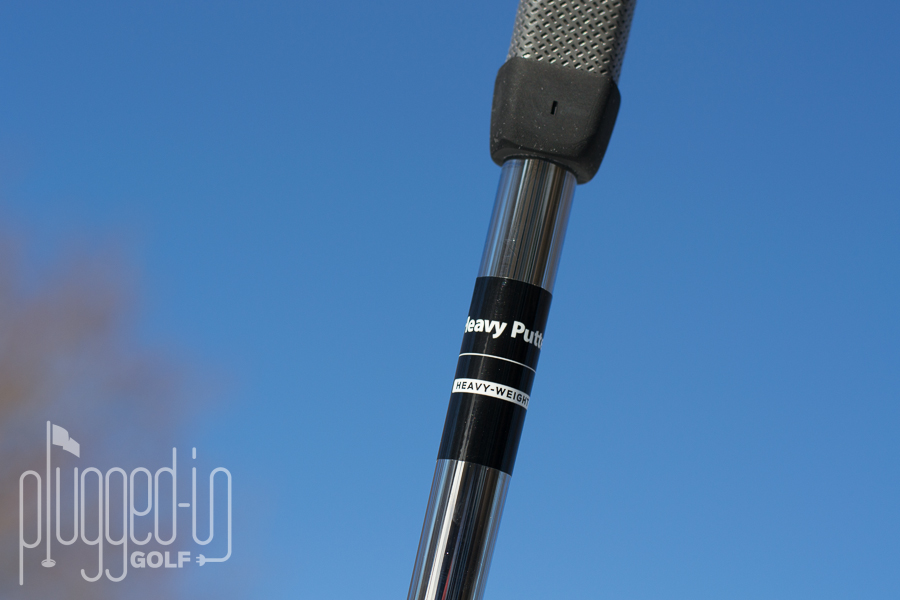 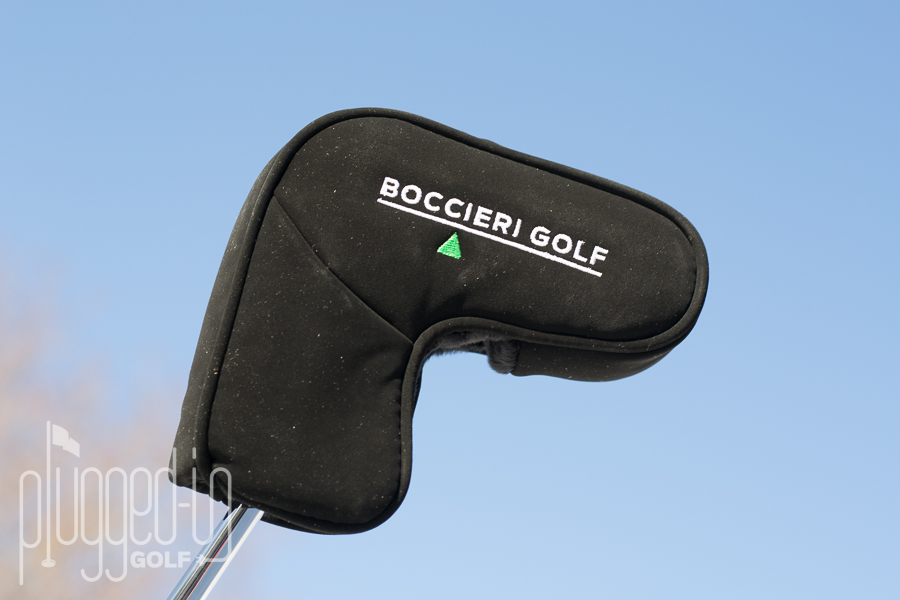 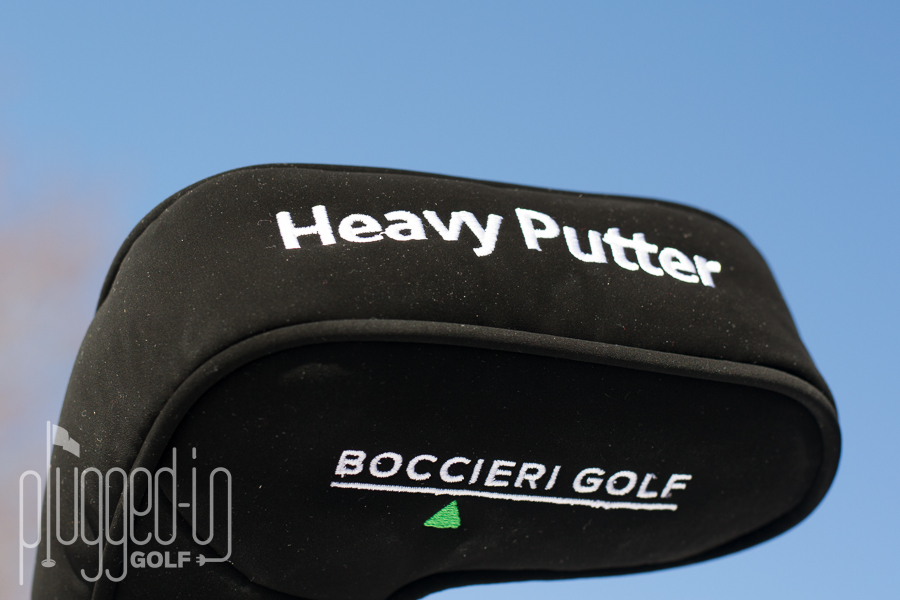 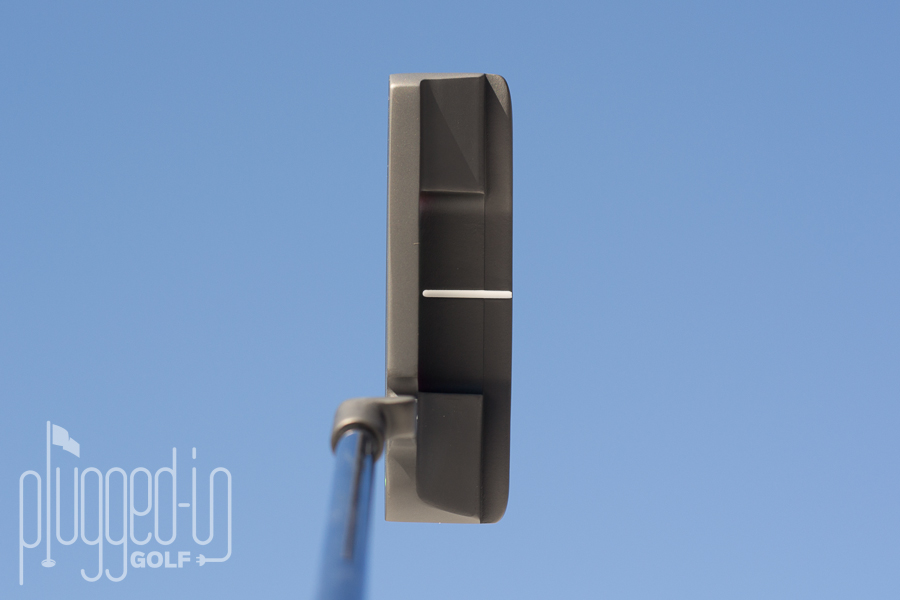 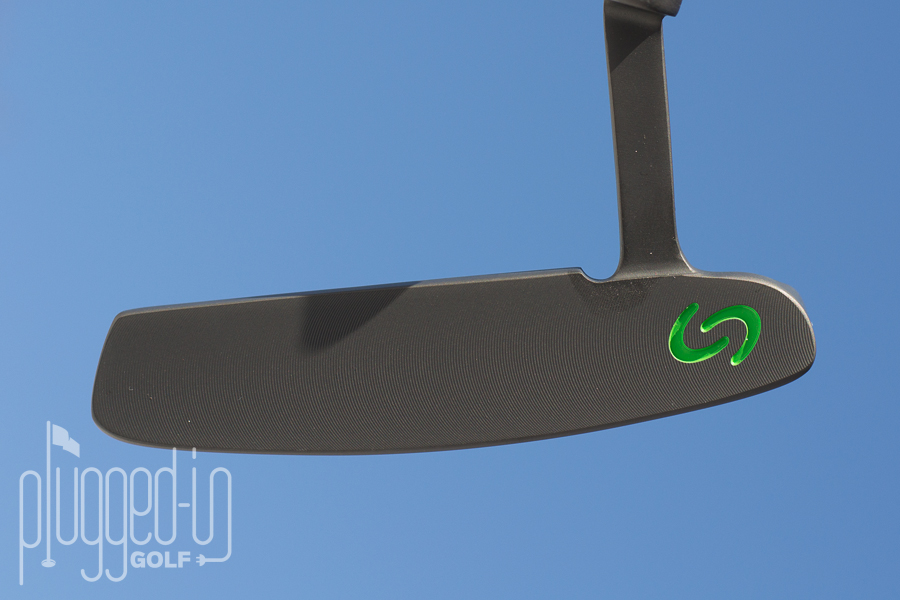 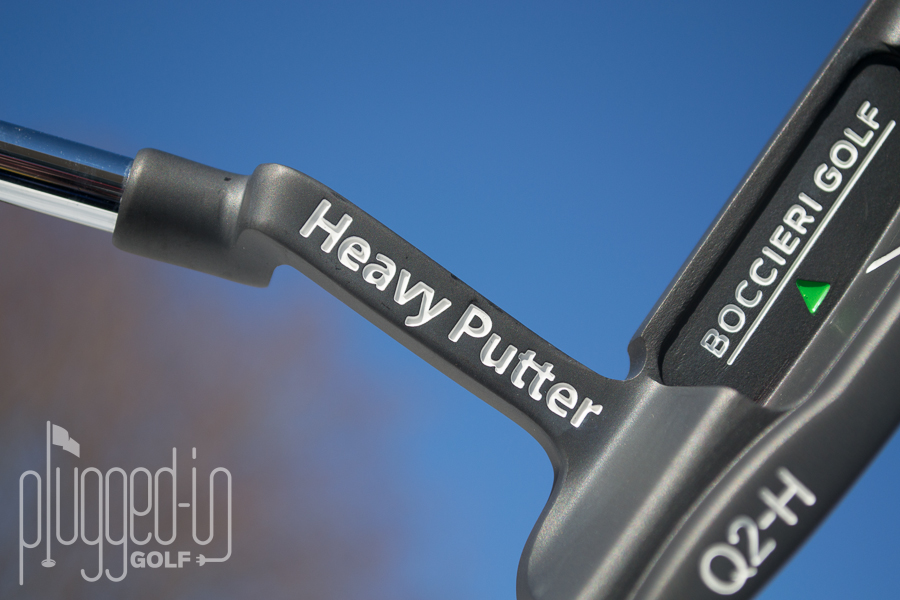 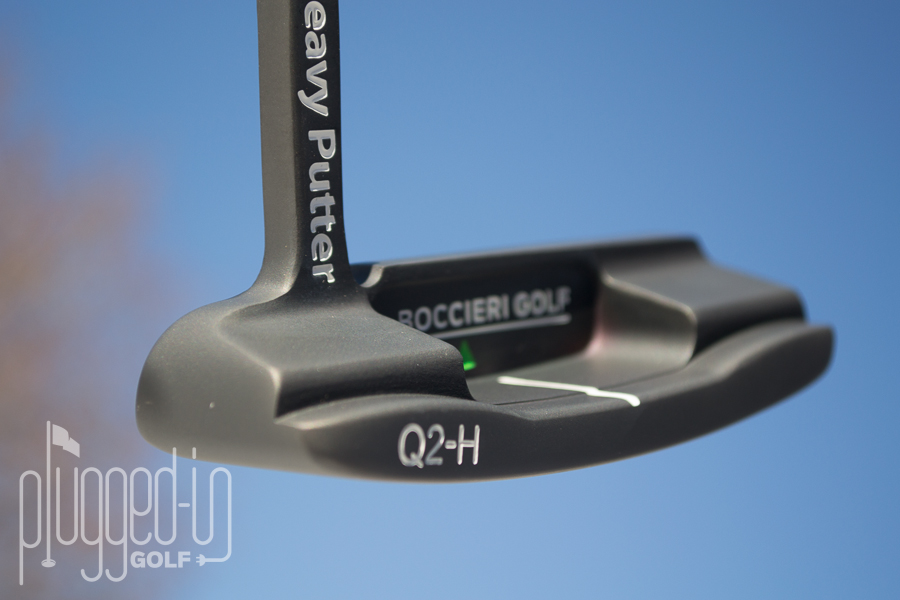 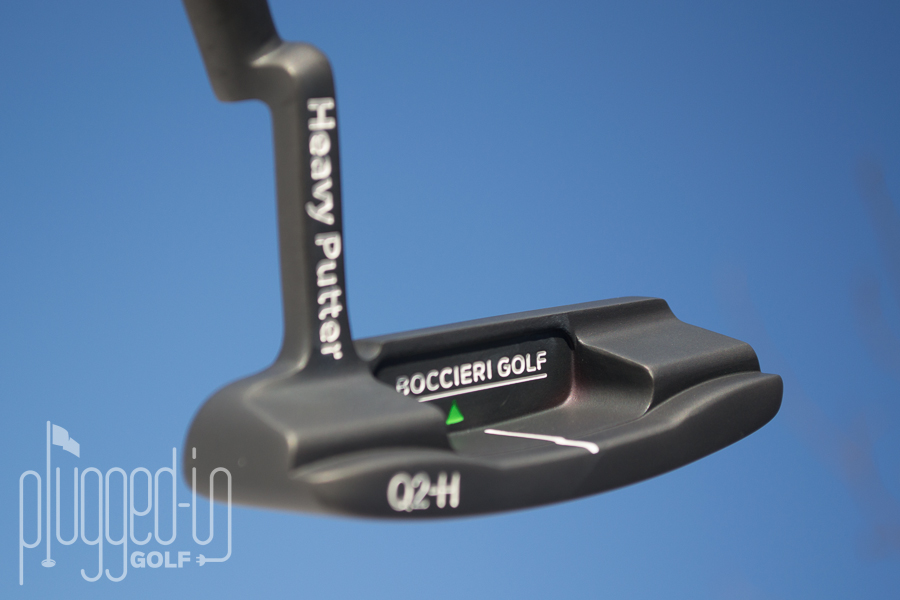