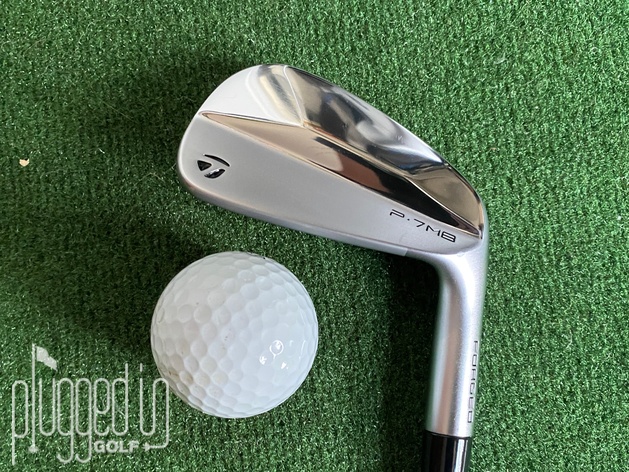 The 2023 TaylorMade P7MB irons have addictive feel and beautiful looks.  They deliver complete control over the golf ball and a surprising amount of forgiveness.  The long irons should be reserved for the best ball strikers. 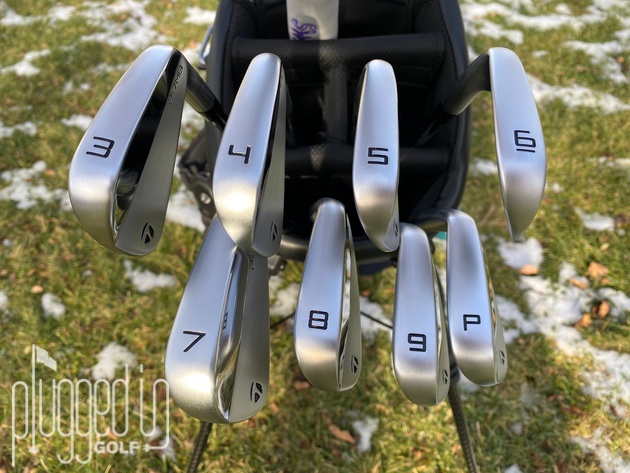 When it comes to blade irons, small changes are big changes.  With the new P7MB irons, TaylorMade left the bones of the original untouched but did make a noticeable change to the geometry of the backbar.  While not the kind of upgrade that typically grabs headlines, it may be a head turner for the skilled player looking for a new set of irons.  I tested a set to find out what this change did to the feel and performance. 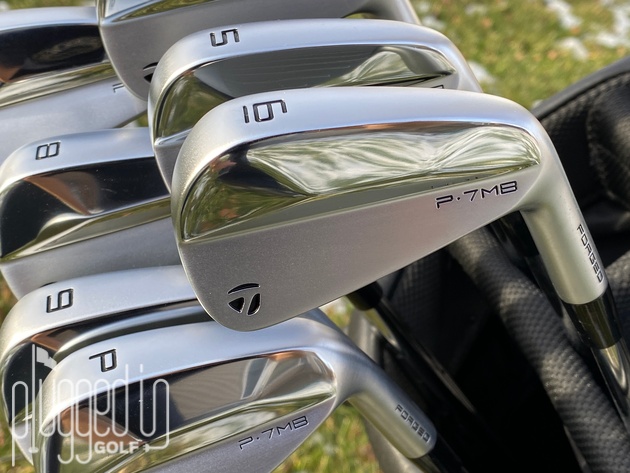 At first glance, the biggest change between the previous P7MB irons [review HERE] and the current version is the shaping of the back of the club.  The new model has a more symmetrical, trapezoidal “muscle” where the previous version only had the angled features in the toe.

What has not changed is the clean look in the bag.  The P7MB has very little in the way of branding – a TaylorMade “T” logo on the toe, “P7MB” toward the heel, and the iron designation on the sole.  All are filled with black paint for a traditional look. 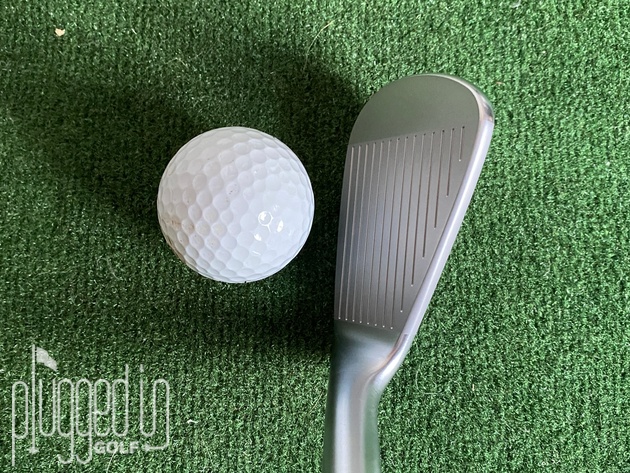 The address look has not changed substantially either.  This is still a classic blade with very little offset – less than 2mm in the 3-iron.  From heel-to-toe, the blade is compact with a thin top line.  The top line is not as razor thin as some other blades, nor are the edges heavily beveled.  This gives a more “squared off” look which some players prefer in this type of iron.

A final note on the look is that the P7MB irons are much smaller in person than they look in photographs.  The geometric, angular look makes them appear bigger on screen, at least to my eye.  When I got these irons in hand, one of the first things I thought was that they are very compact. 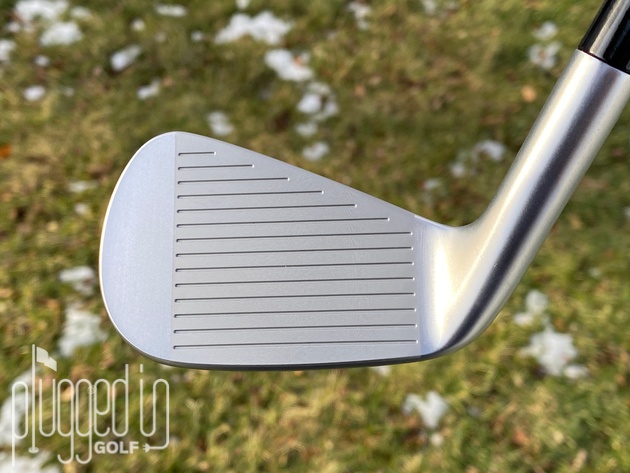 If you’re someone who looks at blade irons and thinks, “Why, in 2023, would someone play those?” I would suggest that you hit the TaylorMade P7MB irons.  One pure strike will put your question to bed forever.  These irons feel absolutely sensational when hit well.  They’re soft and connected with a quiet, traditional sound.  During my testing, I got lost enjoying the feel and had to remind myself to look at my numbers. 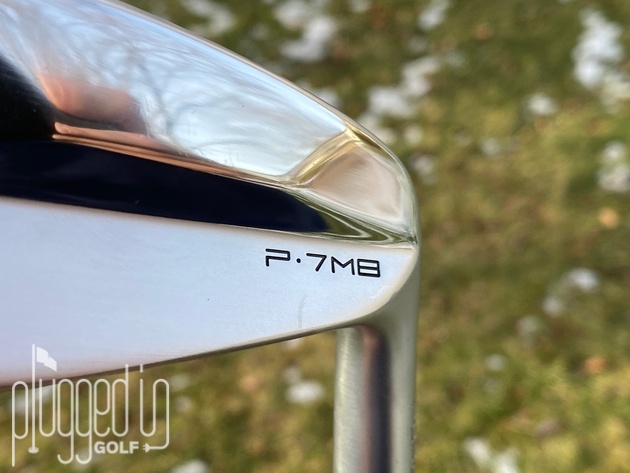 If you’re wondering about mishits, I will point out that TaylorMade’s notes include the phrase “unfiltered feedback.”  These irons are not interested in sugarcoating the truth about your ball striking.  When you miss a shot, particularly thin, they get louder – a solid “slap” – and the feel gets firm.  Only truly awful shots will sting your hands, but you will know every time you miss the center.

In another case of golf imitating life, those unpleasant mishits make the pure strikes all the more rewarding.  Particularly when you get into the longer irons, the chase for the sweet spot is absolutely addictive.  I hit more long iron shots with this set than any other in recent memory, just hunting that perfect sensation. 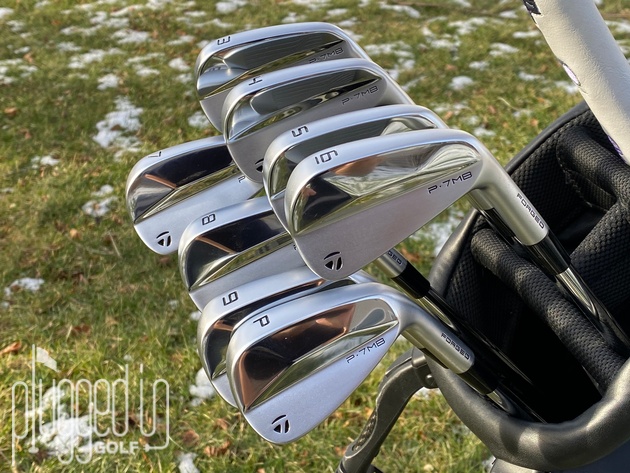 If feel is half the reason to play blades, the other half is shot control.  High end ball strikers lean toward blades because they want full responsibility for their shot shape, trajectory, and distance, and they don’t want to be surprised by “bonus” yardage on a great swing.  The TaylorMade P7MB irons check all those boxes and then some. 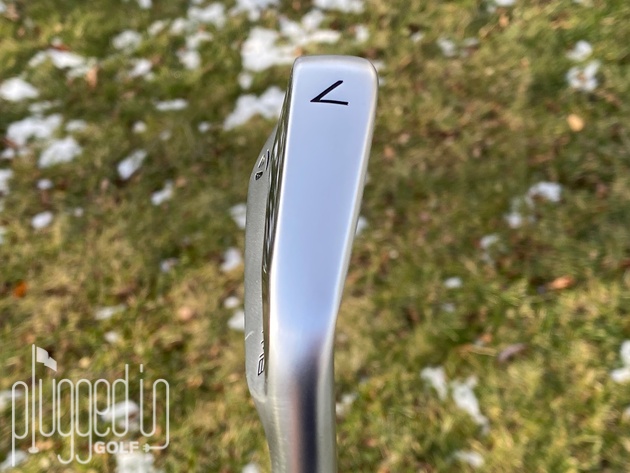 As I worked through the set, I saw exactly what I wanted in terms of shot making.  It took minimal effort to flight the ball down or add several degrees of launch angle.  These irons also produce ample spin to curve shots into tucked pins.  One particular element of note is that this set spins more in the long irons, making it a perfect choice for players unafraid to attack pins with their 3, 4, and 5 irons. 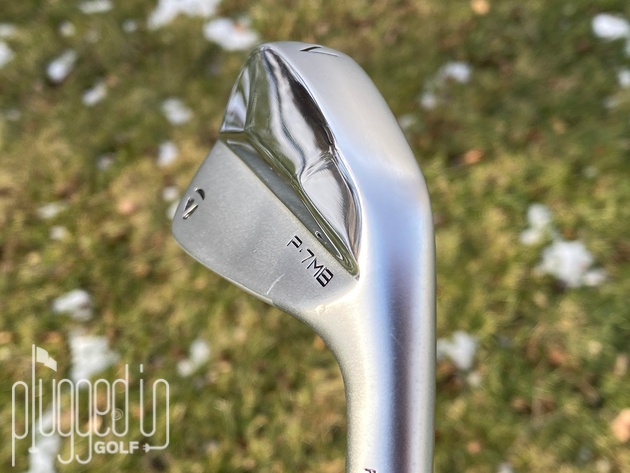 Where the P7MB irons surprised me is in their consistency.  Having just reviewed the P770 [find it HERE], I was fully prepared to have my ego punctured by some unforgiving blades, but that didn’t happen.  Even when I missed the center, the launch and spin numbers were robust.  Yes, I lost more ball speed on a mishit with the P7MB vs. the P770, but it wasn’t nearly as feast-or-famine as I expected. 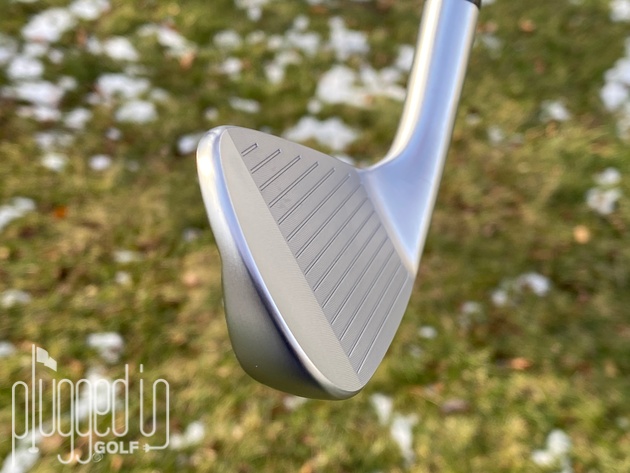 All that said, the P7MBs will expose middling ball strikers when you get into the longer irons.  As the clubs get longer and swings get harder, it becomes easier to drop ten yards or more on a mishit.  I would encourage a wide range of players to give the P7MB a shot, but I would simultaneously advise them to think about a combo set with more forgiveness in the long irons. 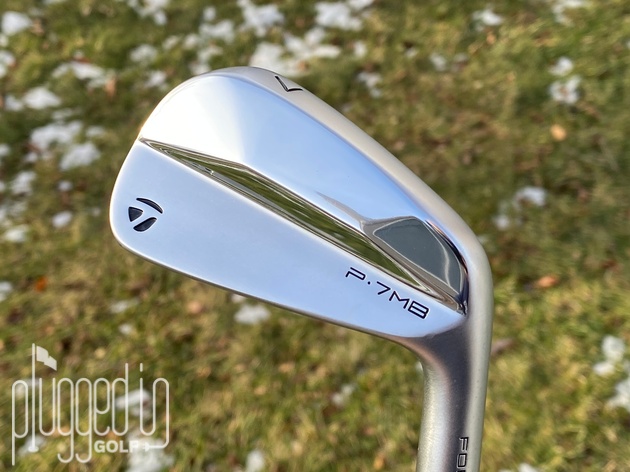 “Blade irons” may not be the first thing that comes to mind when you think of TaylorMade, but that doesn’t mean the P7MB shouldn’t be on better players’ short lists.  On every dimension, the P7MB delivers exactly what the skilled player wants: great looks, exceptional feel, and supreme shot control. 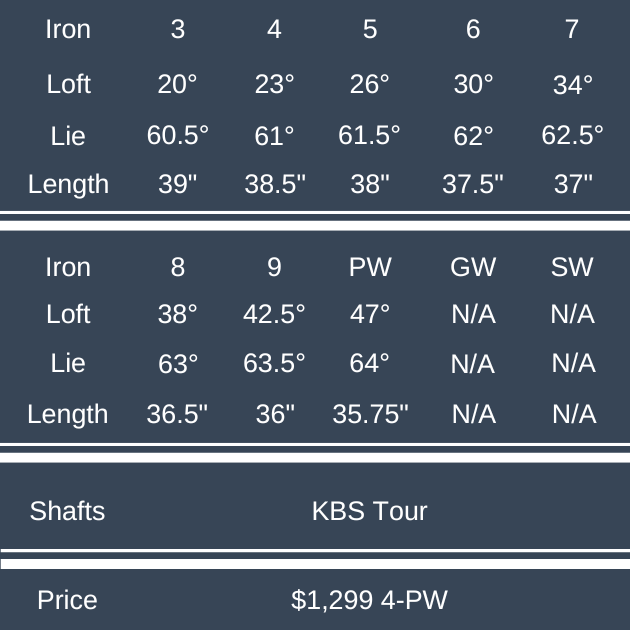