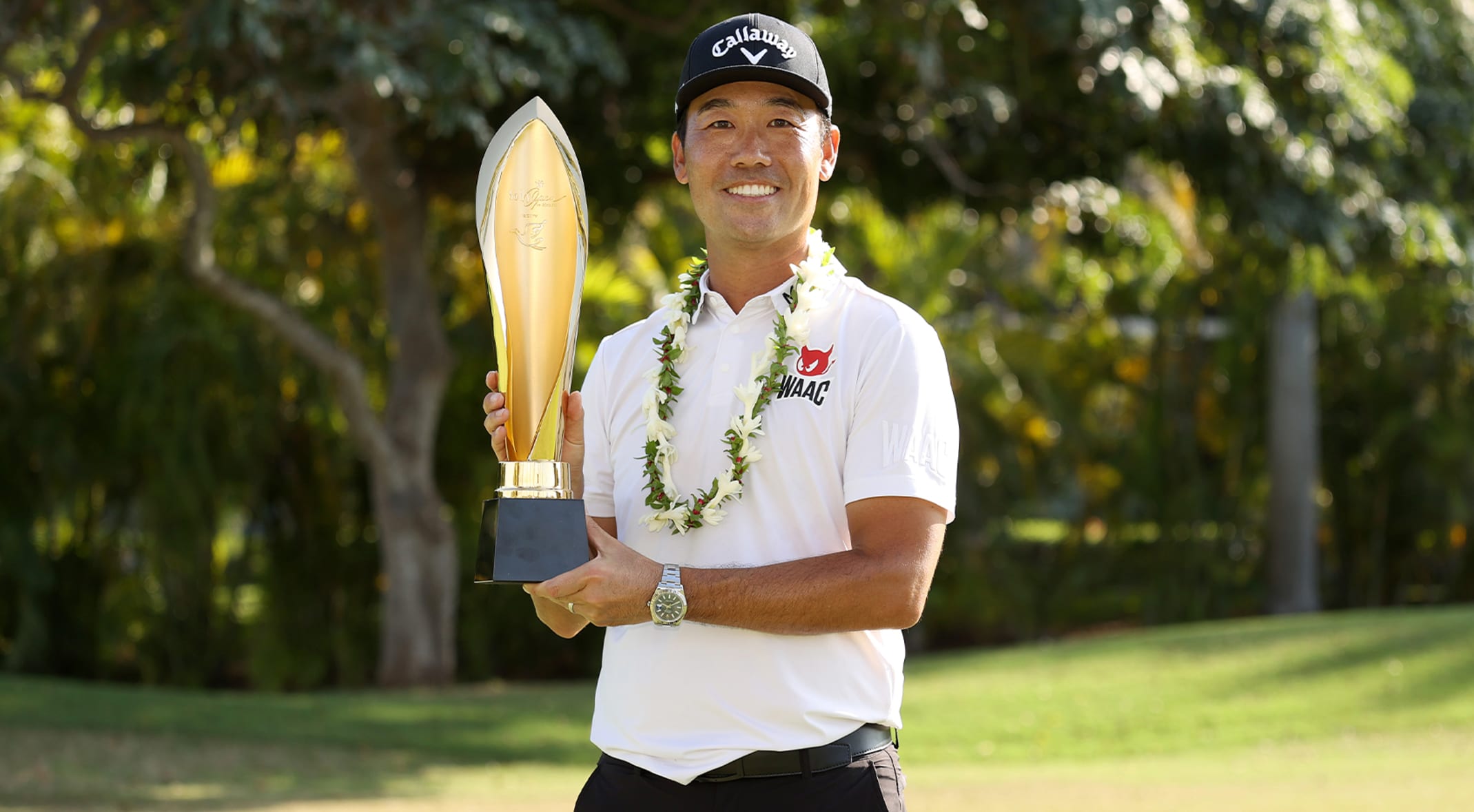 Maui, HI – The second trophy given out in the state of Hawaii in less than a week was handed to 5-time PGA Tour winner Kevin Na.  The Sony Open is played a few islands away from last week’s Tournament Of Champions in Kapalua but is truly the years first full-field event.

While Kevin Na is the deserved winner in Hawaii this week, Brendan Steele certainly has some frustrations of his own.  In last years event, he lost in a playoff.  This year, he held a 2-shot 54-hole lead on Sunday.  Coming down the stretch, there were several players making a push for a victory.   Joaquin Niemann, who lost in a playoff last week to Harris English, birdied 4 of his final 9 holes including 17 and 18 to get to 20-under par.   UGA graduate Chris Kirk also birdied 3 in a row on his back 9 and then birdied 18 to get his score to 20-under.  Brendan Steele unfortunately went backwards with 2 bogeys and no birdies to finish at 19-under.  Kevin Na started his back 9 on Sunday with a bogey on 12, but then birdied 3-in-a-row with a putt for birdie to take the lead on 18 at 21-under par.

This is Kevin Na’s 5th PGA Tour victory and 1st win in over a year.  Next week, the PGA Tour heads back to the mainland for the American Express Tournament in La Quinta, California.