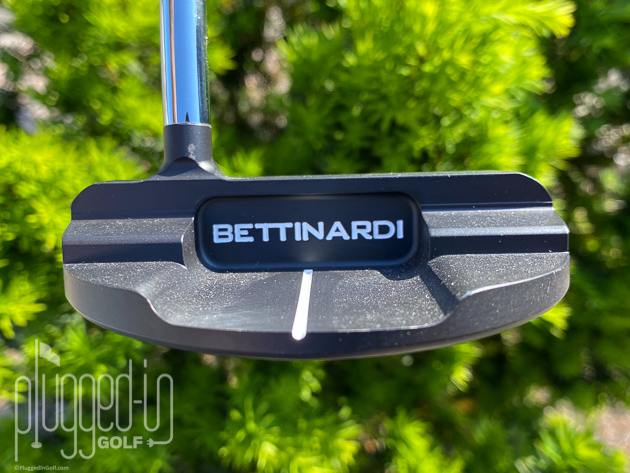 The 2020 Bettinardi BB45 putter is a well-executed mid-mallet with quality feel. 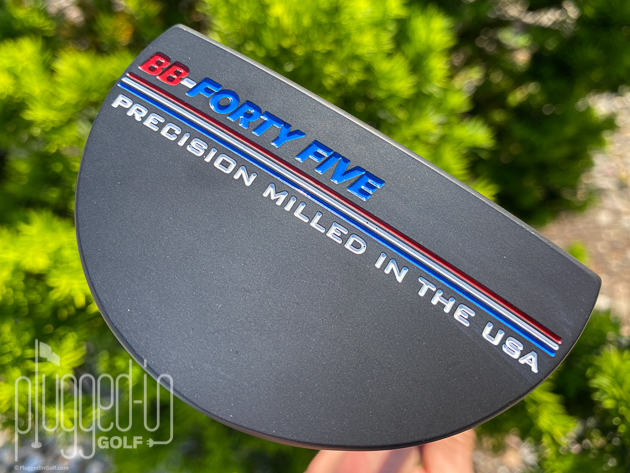 If you follow Bettinardi’s social media accounts, you’ll see plenty of putters with more bling than an early 2000’s rapper.  And while those are cool, what most golfers need is a workhorse, a putter that can be relied on in all conditions.  If you want a putter like that, I’ll introduce you to the BB45. 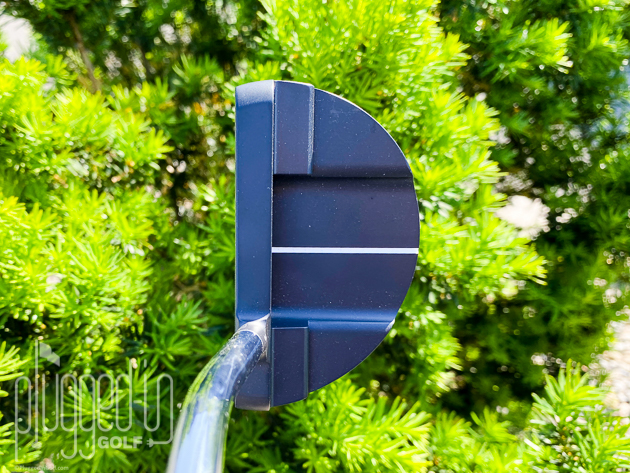 The BB45 has a classic mid-mallet profile, and Bettinardi has done an excellent job in bringing this design to life.  It’s easy to say, “Let’s make a rounded mid-mallet,” but it’s not easy to get all the proportions right as Bettinardi does here.  From the top line to the shoulders to the flange, everything flows together in a shape that frames the ball well.

As I referenced earlier, this is not a tricked out putter.  The “Glacier Black” finish looks good, but it’s more utilitarian than eye catcher.  There’s no fancy face milling, just Bettinardi’s “Super-Fly Mill,” and the sole isn’t cluttered with engraving.  This isn’t the putter that’s going to turn heads on the putting green, but you’ll be happy to see it every time you set it down. 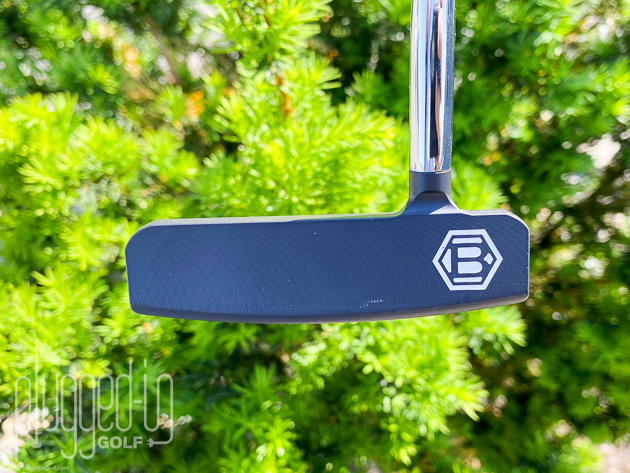 The combination of Bettinardi’s Super-Fly Mill on the face and the Soft Carbon Steel creates a putter with a medium-soft feel at impact.  I found that the feel and sound were more ball dependent than other putters, ranging anywhere from a dull “click” to a pronounced “thud.”

Despite having a larger head, the BB45 putter does provide good feedback.  After a short time, I was able to discern pure strikes from small mishits.  One other thing worth noting is that the BB45 does not feel as demanding as other Bettinardi putters.  Many Bettinardis, particularly those with the honeycomb face, only feel truly sweet with a perfect strike.  The BB45 feels like it has a slightly larger sweet spot. 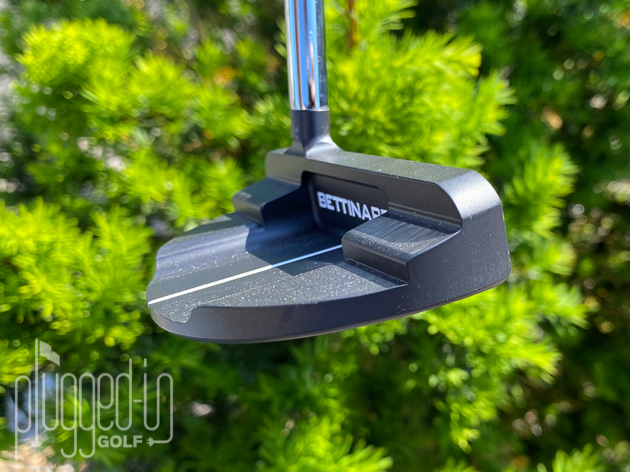 As you would expect, the Bettinardi BB45 putter is face balanced, making it a better choice for players with a straighter, less arcing stroke.  That, combined with the 350 gram head weight, will make it feel very familiar to most mallet players.

In terms of forgiveness, the BB45 is also about what you would expect.  There’s certainly more help here than in your typical Anser, but it’s not a modern mallet either.  Small misses have a chance to find the cup.  Big misses can still lead to three putts. 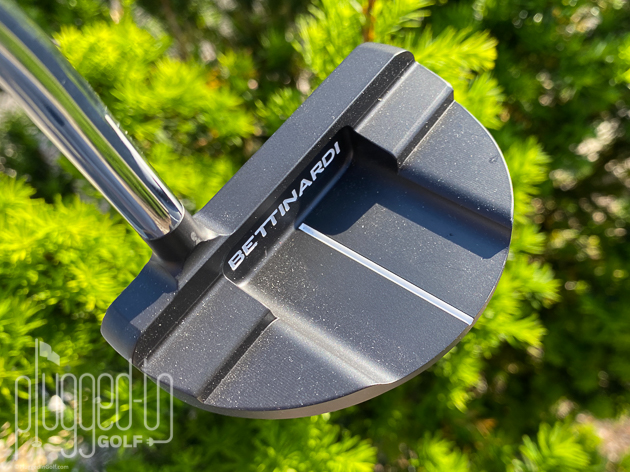 Bettinardi has added a couple new wrinkles to the BB45 beyond the club head.  The first is the new “Tour grade putter shaft” which Bettinardi states has added stability.  Putter shafts are a sneaky hot market right now, and Bettinardi wants their players to know they aren’t being left behind.  Finally, Bettinardi’s BB Series putters come with Lamkin’s SINKFit putter grips [review HERE].  Players can opt for either a standard or jumbo size. 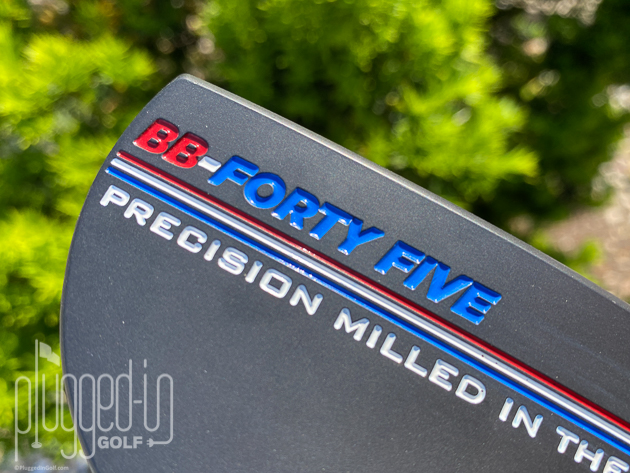 For the golfer who likes a traditional mallet, the Bettinardi BB45 putter will not disappoint.  The shape is well executed, and the feel is quite good.  Get this putter fit to your stroke and it could be in your bag for years to come.