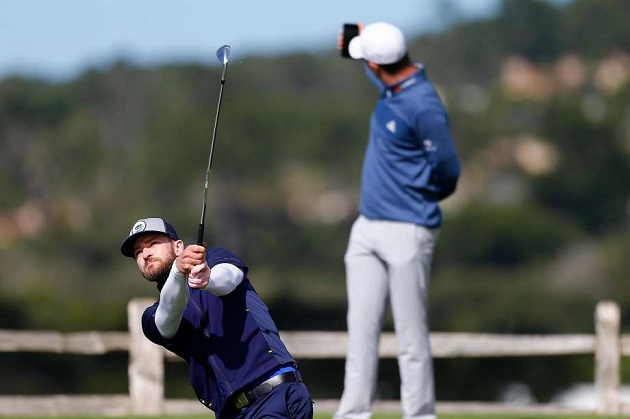 The Most Fun (?) Event Of The Year

Ah, the AT&T Pebble Beach Pro-Am.  The annual event where professional athletes (outside of golf), TV personalities, actors, entertainers, comedians, and rich folk get to showcase their golf “skills” alongside some of the best golfers in the world, on one of the best courses in America – Pebble Beach.  It is a chance for a more laid-back tournament atmosphere, where fan interactions are guaranteed.  You’ll even see a pro or two go out of their way to help out their amateur counterparts on the course.

But alas, it’s also a time where we see the likes of Bill Murray’s attempts at being funny at all times, Larry the Cable guy playing one of the best courses in the world while wearing a camouflage sleeveless shirt, and watch Dotty Pepper give the most awkward interviews imaginable with the celebrity participants.

However, with the “bad,” also comes the good.  We got to listen to the exceptionally strong comedic performance of Gary McCord, hear Clint Eastwood make the rest of the commentating team feel extremely uncomfortable with his lack of words, and watch Justin Timberlake continue to be the most entertaining human being on the planet that’s apprently good at everything.  Despite all of the entertainment factors that go into this week at Pebble Beach, Spyglass, and Monterey Peninsula, there’s still a golf tournament to be played. 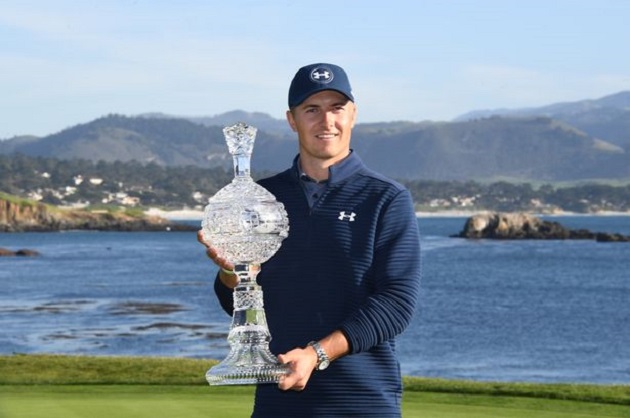 Jordan Spieth Back On Top At Pebble Beach

Jordan Spieth grabbed his ninth PGA Tour victory at Pebble Beach over the weekend at the AT&T Pro-Am.  After a wild start due to heavy winds and rain, Spieth positioned himself near the top of the leaderboard after Round 1 with an opening 68.  While he struggled to get his putter going during the opening round, the rest of the field struggled with everything.  Whipping winds and heavy rainfall caused weather delays and tough conditions for both of the first two rounds.  After he had played 16 holes, when play was halted for the day, Spieth held the lead at 10-under par.

In round two, Spieth started to catch fire, and returned to his form from the beginning of last season.  Despite the delays from Thursday, Spieth was able to fire off a second round 65 at Spyglass.  He grabbed the tournament lead at 10-under par.

In round three, Spieth played at Pebble Beach, where he shot his second 65 of the week.  He finished his back nine with five birdies, including birdies at his closing two holes.  As he entered the final round on Sunday, he held a four-shot lead.  Coming into the week, Spieth had converted six of his last seven 54-hole leads, with his only loss coming at that dreaded final round of the 2016 Masters, where he finished T-2.

On Sunday, Spieth was able to coast to a victory.  All he needed was one lone birdie on the front, then one more on the back to seal a four shot win over Kelly Kraft.  Spieth showed he can continue to close out tournaments, and was firing on all cylinders this week.  His hot start on the PGA Tour continues to roll as we head towards the first Major of the season. 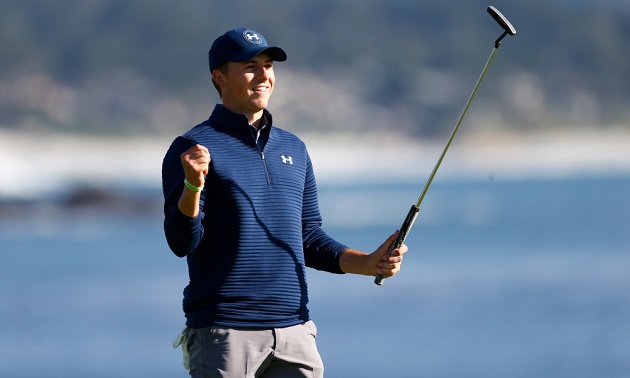 Another Hot Start to The Season, and Career

While the golf world (including myself) have been mesmorized by the astonishing play of Hideki Matsuyama, as well as the back to back wins by Justin Thomas, Jordan Spieth has been off to a quietly hot start to the year as well.  In his first four events of 2017, Spieth has not shot a round over par, and has not finished outside of the top 10.  In his last five events, Spieth has finished T-6 at the Hero World Challenge, 3rd at both Tournaments in Hawaii, a T-9 at the Waste Management, and now the win at Pebble Beach.  With no finishes outside of the top 10 in his last five starts, it’s safe to say Spieth’s game is in good shape.

On top of that, this win was Jordan’s ninth all time on the PGA Tour.  At 23 years, 6 months of age, he is the second fastest player to nine wins.  The only person faster?  Some dude name Eldrick (yes, Tiger).

At 23, both players had won nine Tour Titles and two majors.  The difference maker will be the next 13 months: Tiger went on to win twelve times with four majors in that span, something I don’t think Jordan can match.  However, I think that Spieth is going to be a top contender at Augusta this year.  His game is in top shape, and if you take out his final round collapse last year, Spieth has basically owned Augusta the last few years.  I stand by my statement that if Rory is healthy and in top form, he takes the Green Jacket, but it will be hard to bet against Spieth in April at Augusta. 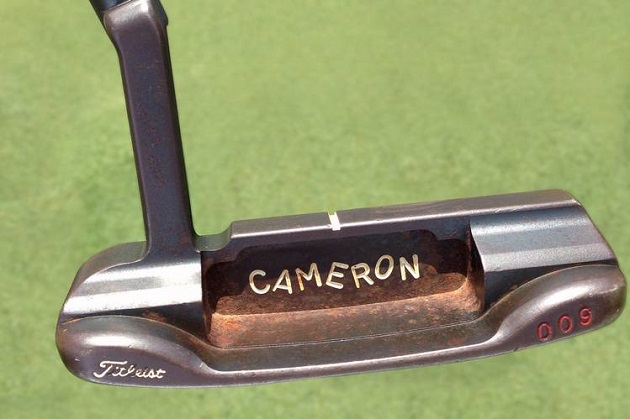