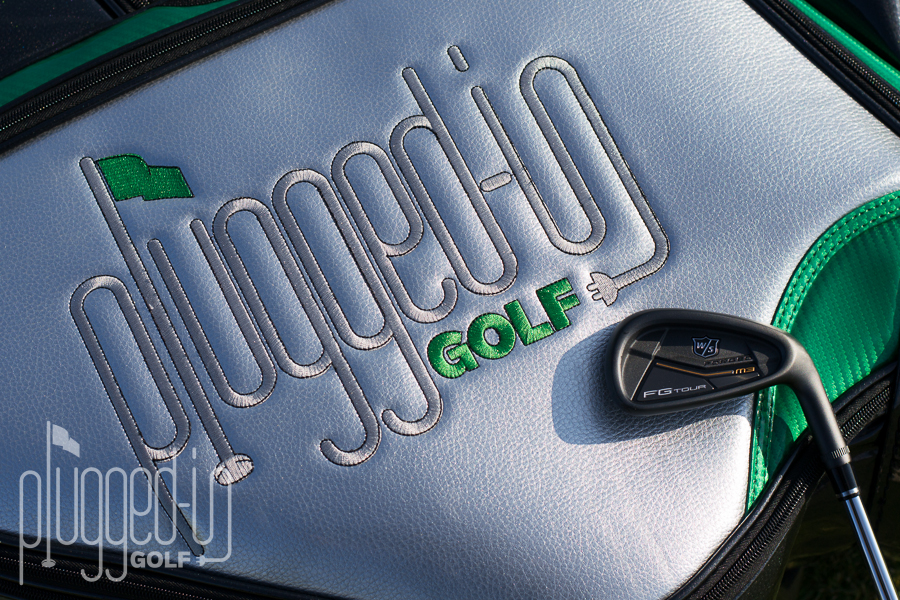 Wilson Staff’s reemergence as a premier golf club manufacturer has been fueled largely by their players irons.  The original FG Tour iron was a sleeper, a favorite among those in the know.  The FG Tour V2 is a classic that got a little more of the spotlight it deserved.  With the M3, the third iron in the FG Tour line, Wilson Staff is poised to push its way back to the center of the stage in the iron market. 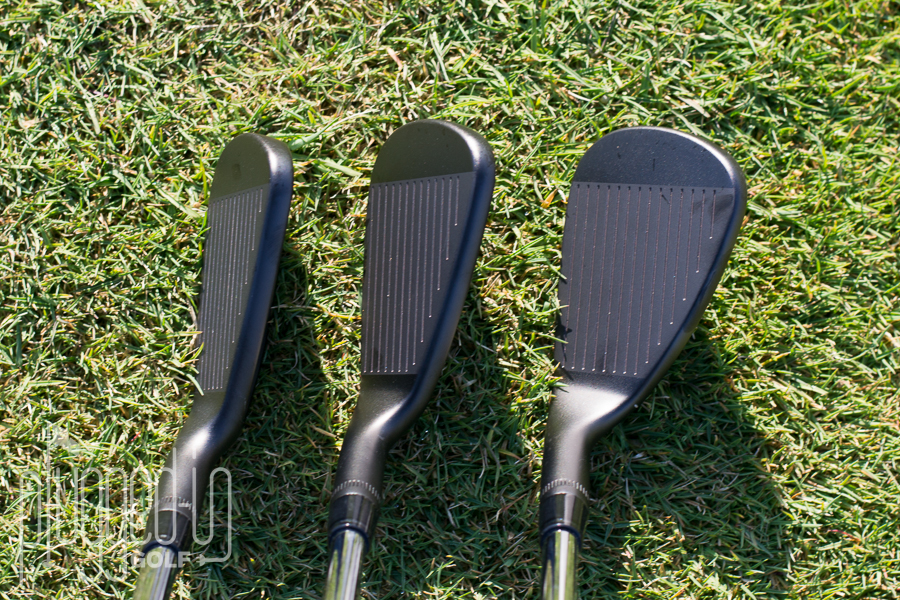 The first thing you’ll notice about the FG Tour M3 iron is the sleek matte black finish.  This finish matches the crown on the M3 woods and ties the whole line together.  It also makes the club look a little smaller than it is.

At address, the M3 iron has a thinner-than-average top line and sole and modest offset.  It’s larger than the FG Tour V2, but only very slightly.  Overall, it has a great “players” look that good golfers are really going to love. 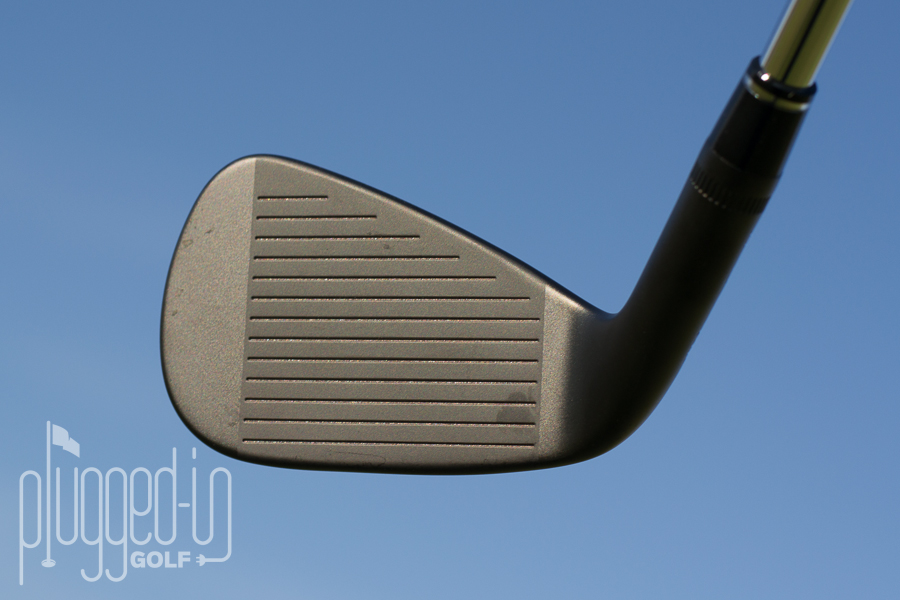 At impact, the feel of the M3 iron is soft without being mushy.  It’s not quite a crisp “click,” but it’s definitely a firmer forged feel.  The FG Tour M3 iron also delivers the precise feedback that players expect from a forged iron.  This is often overlooked, but it’s an essential feature if you’re hoping to improve your ball striking. 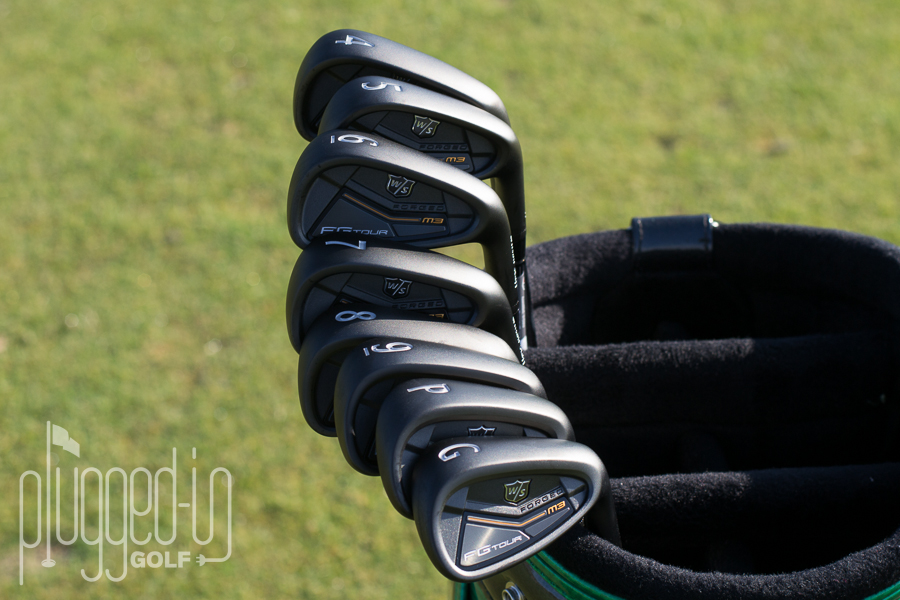 The FG Tour V2 was my go-to iron for a couple of seasons, so I came into this review with very clear expectations.  I expected the M3 iron to deliver plenty of ball control and a strong, piercing ball flight.  On these counts, the M3 delivered, but it was its unexpected characteristic, forgiveness, that really made it a stand out in my eyes.

When I was gaming the FG Tour V2, it was easy to know when my ball striking was not up to snuff: lots of shots ended up short of the target.  With the FG Tour M3, it would take a much more trained eye to differentiate my good days from my bad.  I can certainly tell the difference between pure shots and mishits (as I mentioned, the feedback is excellent), but the results have a lot more in common.  The M3 allows you to miss a little thin and still hit a playable trajectory.  Similarly, you can miss a little on the heel or toe and still get the ball to the green.

Increasingly, my story is that of the “average golfer”: my practice time is extremely limited and my ball striking suffers as a result.  I don’t want to give up my players irons because I prefer the look and feel, and I love the control I get on my good days.  With the Wilson Staff FG Tour M3, I can have all that without the pain of shooting big numbers on my bad days. 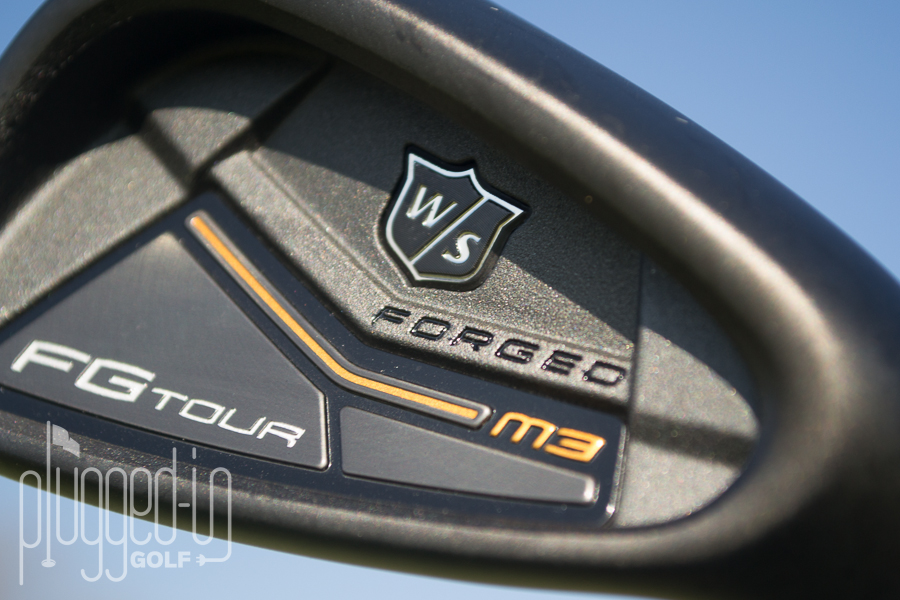 The Wilson Staff FG Tour M3 definitely deserves its spot in the pantheon of first-tier Wilson Staff irons.  It has the aesthetic appeal of the recent FG Tour irons, and it delivers the ball control that better players demand.  The thing which may vault the M3 past its predecessors in terms of mass appeal is the forgiveness which makes it playable for a wider range of golfers.

The stock shaft is the True Temper Dynamic Gold XP.