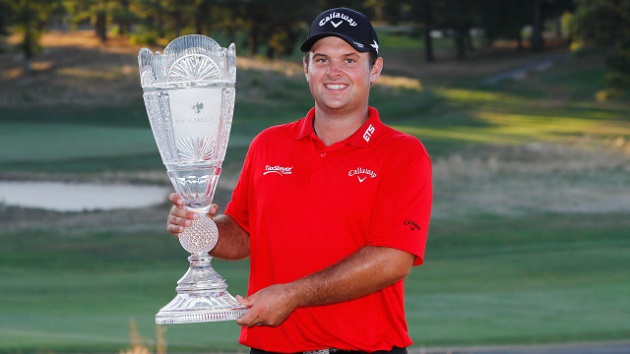 Reed Out Duels Fowler At Bethpage

Patrick Reed captured the first leg of the FedEx Cup Playoffs at The Barclays, held this year at Bethpage State Park’s Black Course in Farmingdale, New York.  Reed got his week of to a great start, carding an opening round 5-under 66 and taking the first round lead, on a course historically known for it’s extreme difficulty, particularly for its length (heck, there’s even a sign on the first tee box warning you of its difficulty).  Reed followed up his stellar opening rounds with rounds of 68 and 71 on Friday and Saturday.

Heading in to Sunday, Reed found himself in the final pairing with Ryder Cup hopeful Rickie Fowler, who held a one stroke leader over Reed.  After a bogey at the par-3 3rd, Reed found himself two back of the Puma Staffer, but quickly bounced back by making birdies at three of the next four holes, compared to Fowler’s one, pulling him even with Fowler for the lead.  Both Fowler and Reed made the turn after the front nine at 10-under par.  Fowler opened the door for Reed, making his first bogey of the day at the 11th, and it was all downhill from there for Rickie.  Reed made a birdie at the 12th, giving him a two stroke lead at 11-under to Fowler’s 9-under.  As Reed and Fowler battled in the final pairing, American Sean O’Hair put the pressure on the final group, carding a final round 66, and posting the clubhouse lead at 8-under par.  Reed responded well to that pressure, but Fowler did not.

The 15th is where the wheels began to come off for Rickie, who, with a victory this week, would have secured a much desired automatic bid for the American Ryder Cup Team.  The pressure seemed to get to Fowler, as the made bogey or worse on three of the last four holes, carding a bogey at the 15th, double bogey at the 16th, and a bogey at the last.  Although he had a redeeming birdie at the 17th, it wasn’t nearly enough, and he finished T-7 at 6-under, with a final round 3-over 74.  With Fowler imploding, Reed just needed to manage to hang on, and hang on by a thread he did.  Reed made a bogey at the 16th, and had a two shot lead as he approached the 18th tee.  Reed found the fairway bunker at 18, and played it safe by laying up back to the fairway with his second shot.  His third shot found the green, and he had an easy two-putt bogey for a one-shot victory, finishing ahead of Argentina’s Emililiano Grillo and American Sean O’Hair.

The victory is the fifth victory for the Callaway man, but his first since his win at the Hyundai Tournament of Champions in January of 2014.  Reed’s victory also catapulted him to the top position of the FedEx cup standings heading in to the Deutsche Bank next week at TPC Boston.  Probably most importantly for Reed, however, is sealing that coveted Ryder Cup spot.  Reed showed a huge fire and passion for competing with the Stars and Stripes on his chest at the 2014 Ryder Cup, and now he doesn’t have to wait and hope for a captain’s pick from Davis Love III, who has a tough choice ahead with three open spots from a large pool of great talent on the US side.  Congrats to you Patrick, and we look forward to seeing that fire on display again in a few weeks down in Minnesota. 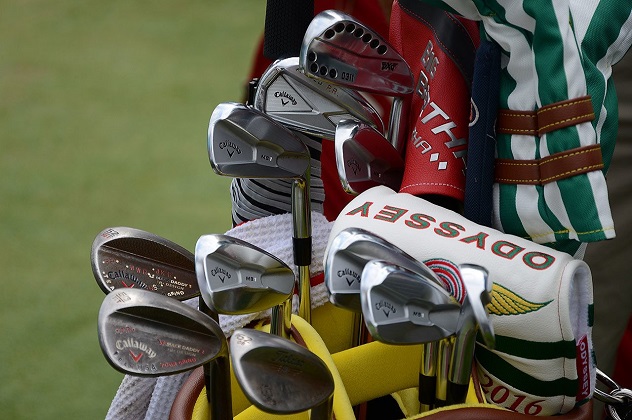