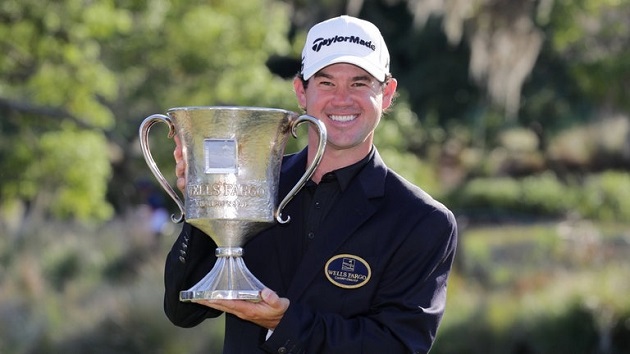 Brian Harman turned in a stellar golf performance on Sunday, closing out the Wells Fargo Championship with a one shot victory at Eagle Point Golf Course in Wilmington, North Carolina.  Harman finished with a final round 65, good for a one shot victory over current World Number One Dustin Johnson and Pat Perez.

Harman started the week off slowly, but so did the rest of the field.  Eagle Point was playing tough, especially with wind, and low scores were hard to come by.  Harman shot an opening round 71, followed by a second round 69.  After a third round 70, he sat at 4-under, trailing leader Patrick Reed by four shots.

On Sunday, the course was playing extremely tough, and wasn’t yielding a ton of low scores.  Harman carded his first blemish of the day at the 4th, but quickly bounced back with birdie at the 5th.  After a string of pars, a birdie at the 9th put Harman at 5-under at the turn.  On the back, Harman made his charge, making birdies at the 12th, 14th, and 17th holes.  He made one more lone bogey at the 15th.

The top of the leaderboard to start Sunday had already fallen off of the pace, and Dustin Johnson held the clubhouse lead after finishing with a final round-low 67.  Harman stepped to the par-5  18th tee tied with Johnson.  Harman missed the green left with his second, and his 3rd barely found the green.  He was left with about a 30-footer for birdie.  Harman stepped up and drained the putt, putting him at 10-under for the day, and good enough for a one shot victory.

The win is Harman’s second on Tour, and first since the 2014 John Deere Classic.  While he has been in the hunt quite a few times in the past, it has to feel good to finally lock down a win.  Next week the Tour heads to TPC Sawgrass for one of the most popular events on Tour, The Players. 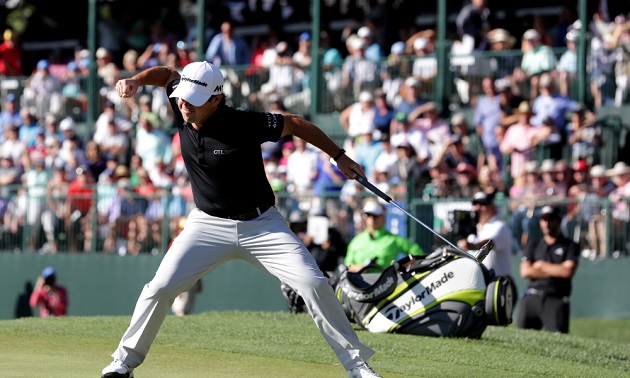