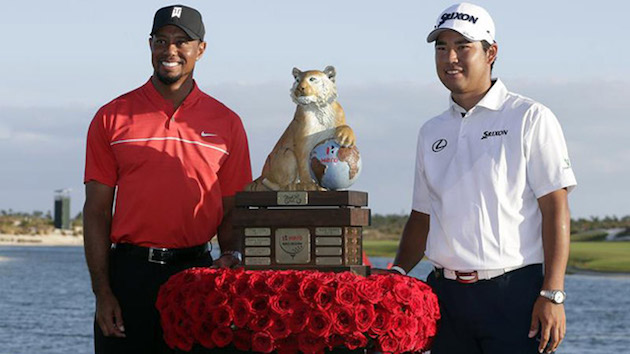 Hideki Matsuyama continued to reign as the hottest player in golf, capturing the Hero World Challenge this week in the Bahamas.  The Hero World Challenge is an event consisting of only eighteen of the top players in the world, and is a charity tournament that benefits the Tiger Wood’s Foundation.  While the week was headlined by the return of Tiger Woods, Matsuyama was the one who walked away with the hardware.  He finished the week at 18-under to finish two shots ahead of the field at Albany golf course.

Coming in to the event, Matusyama’s game was absolutely on fire.  In his last four starts before the week, he has recorded three victories and one runner up finish.  That streak of play continued into this week.  Matsuyama opened the week with a solid 65, one stroke behind leader JB Holmes.  By the end of the second round, Holmes had fallen off of the pace, and Matsuyama had surged to the lead, tied with US Open Champ Dustin Johnson.  After another 65 on Saturday, Matusyama was in prime position for another victory.

Coming in to Sunday, Matsuyama sat at 19-under par.  He was a massive seven strokes ahead of the likes of DJ and Henrik Stenson.  With that, Matsuyama was able to cruise to a victory, finishing his week with a conservative 1-over 73.  At 18-under par, he sealed the victory.  While the field pulled a little closer to him, there was never a doubt who was walking away with the trophy.  Open Champion Henrik Stenson finished in 2nd at 16-under.  The next closest competitors were at 13-under.

The victory continues Matsuyama’s reign as the hottest golfer on Tour.  He now has four wins and a second place finish in his last five starts.  The big unknown with Matsuyama is if he will be able to finally close out a Major this year.  He knocked on the door all of last season, but was never able to close one out.  We will see if 2017 brings a different tune for the young Japanese player. 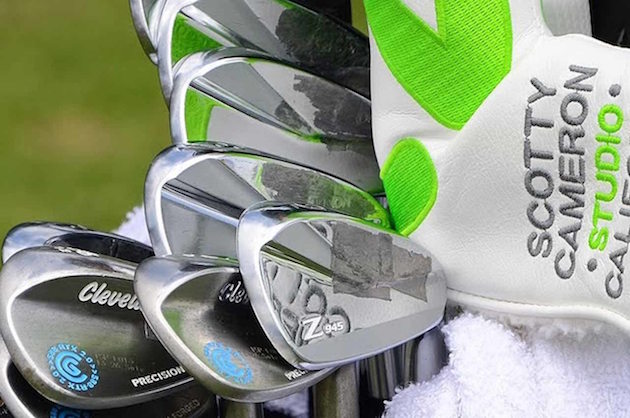 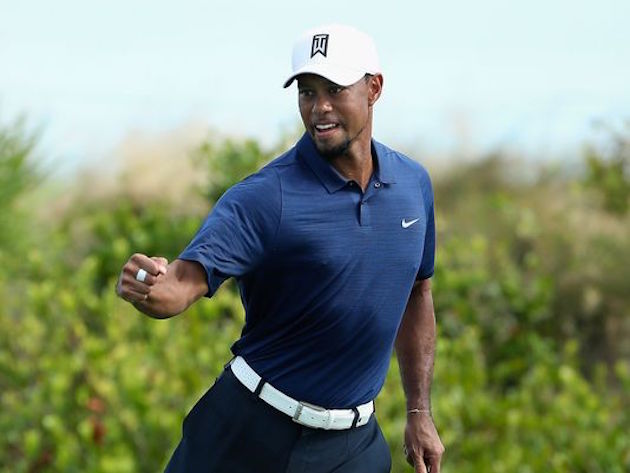 Like most people around my age, I grew up watching Tiger in his prime.  There is no denying that he brought so many viewers to golf that would have otherwise never paid attention.  Tiger put professional golf on the map and grew the game like nobody else.  Period.  But as high as Tiger rose, we all witnessed it come crashing down on that fateful Thanksgiving Night in 2009.  He tried to make more than a few comebacks, many leaving us wanting more.  He notched three wins in 2012, and five in 2013, and many thought he was back for good.  But countless injuries and surgeries put the comeback on hold.

Fast forward to this week, where Eldrick made his return to the Tour, his first start in over a year.  He sat outside the top 800 in the World Rankings, and Vegas oddsmakers gave him a better chance of withdrawing from the tournament than winning it.  But I think many Woods fans got what they were looking for.

While Woods didn’t bring home a trophy, or even finish in the top 10, he gave us a glimmer of hope that the Tiger of old may start to resurface, albeit in a less-dominant form.  He was at the top of the field in birdies this week, and shot his first sub-70 round in as long as many can remember.  His swing looked more in control, and his short game showed points of his former brilliance.  On the other hand, he also made a ton of mistakes, and stumbled home with a final round 76.  He finished in 15th place, only ahead of Russell Knox, Emiliano Grillo, and Justin Rose (who withdrew).

For many, we hope this week is just the start of a massive comeback for Woods, and this week was simply shaking off the rust.  He will continue his chase for Jack Nicklaus’s Major Championship record and Sam Snead’s all-time Tour Wins count.  But regardless of what you think of Tiger or how this comeback will go, one thing is for certain: Woods will have everyone watching.