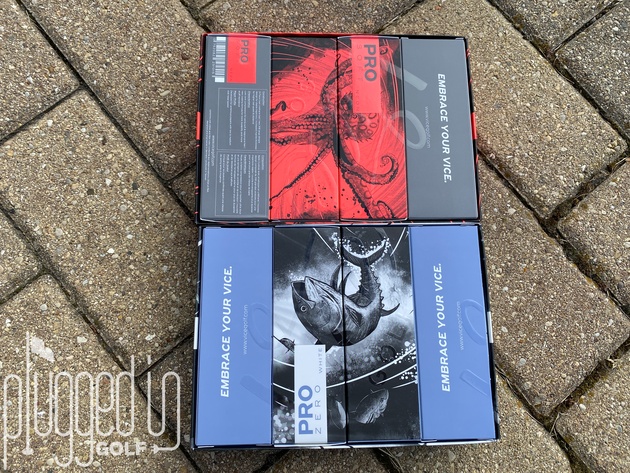 VICE Golf Pro Soft and Pro Zero golf balls round out a solid line up from VICE.  These models are designed for players with sub-100 MPH swing speed.  Pro Soft has soft, premium feel and spin.  Pro Zero is durable but gives up some feel and wedge spin.

The VICE Golf Pro series covers a wide range of players.  In our previous review [find it HERE], we tested the Pro and Pro Plus, two balls aimed at faster swingers.  In this review, we’re checking out the Pro Soft and the Pro Zero.  The Pro Soft is meant for the skilled players with lower swing speed, while the Pro Zero is aimed at recreational players who value durability and good all around performance. 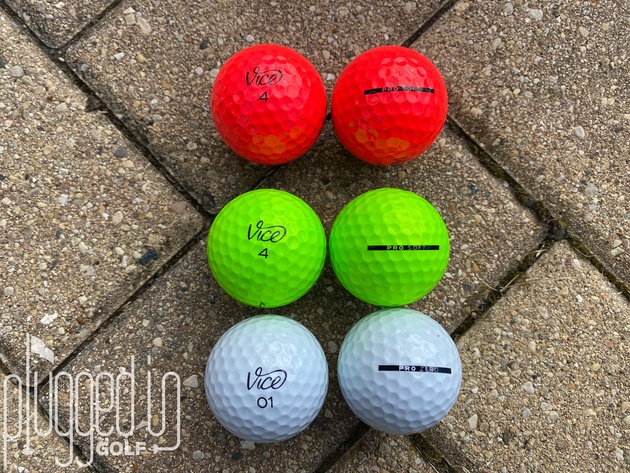 The Vice Golf Pro and Pro Plus set the bar high with their premium feel.  Both balls share their cast urethane cover with the Vice Pro Soft, so I had high expectations for the feel of this ball, too.  The Pro Soft is, unsurprisingly, softer than the Pro Plus.  It’s also quieter off the putter with a slightly bouncy sensation.  It’s an interesting blend of Tour-ball and low compression, marshmallow feel.

Vice’s Pro Zero has a “fused urethane cover” but does not have the feel I associate with urethane-covered balls.  It is decidedly louder and firmer than any of the other Pro models.  Off the putter, the feel is more comparable to mid-tier balls, not Tour balls.

Off the wedge, the feel of both the Pro Soft and Pro Zero matched their putter feel.  The Pro Soft felt very soft and heavy on the club face.  Vice Pro Zero was much louder off the wedge than the other Pro models. 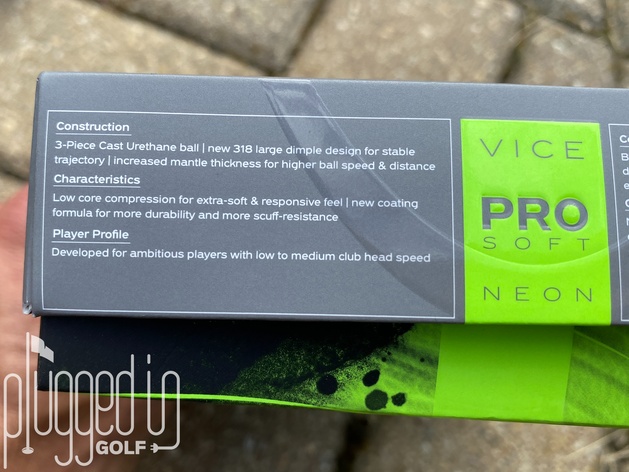 Like the Pro and Pro Plus, the VICE Golf Pro Soft has an extra-thin cast urethane cover.  In contrast, the Pro Zero has a fused urethane cover which is meant to balance spin with durability.  This difference in construction accounts for the variance in short game spin.  I found that the Pro Soft was close to the Pro and Pro Plus, though it was measurably lower for me.  The Pro Zero was a significant step down from the other three Pro models.  I think the Pro Zero is a very solid competitor as a mid-tier ball, but it’s clearly not in the premium category. 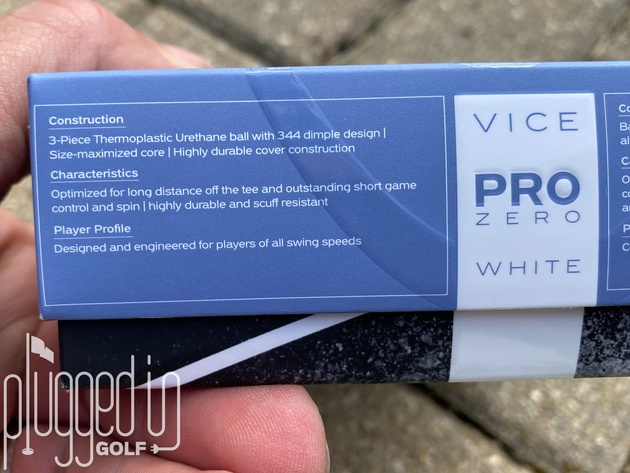 Per Vice, the Pro Soft is designed for players with driver swing speeds less than 95 MPH or less than 200 yards of driver distance.  This makes it a less-than-optimal fit for me, and I saw that with decreased ball speed off the driver compared to the Pro and Pro Plus.  Players who are in that target range should expect to see the opposite.  With the mid and short irons, I saw slightly less spin – around 7% – than with the Pro Plus.  Interestingly, for their testing, Vice chose to compare the Pro Soft to the Titleist AVX.  Their data – gathered with a 93 MPH driver swing – showed the Pro Soft spinning slightly more than the AVX, creating 1 MPH more ball speed, and 7 yards more driver carry.

The Vice Pro Zero claims to be for players of “all swing speeds,” but Vice’s testing was conducted at 91 MPH (driving speed) which indicates that it performs best for players around that speed.  Vice’s data shows that it performs comparably to the Pro V1 at that speed.  For me, the Pro Zero was not as fast as the Pro Plus or Pro, but, again, those balls are designed for my swing speed.  With the irons, I found that the Pro Zero had lower spin than the Pro Soft.  This lower spin is good for high spin players and can mean straighter and longer shots.  However, low spin players may have trouble holding greens with this ball. 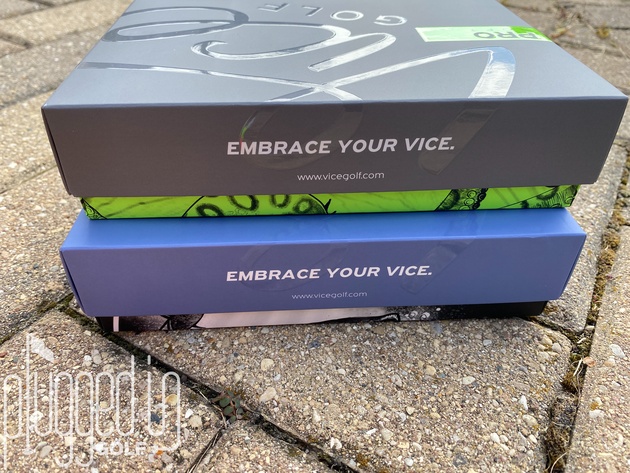 It’s also worth noting that the VICE Golf Pro Soft is available in six colorways, including the unique Blue Light and Peach Parfait. 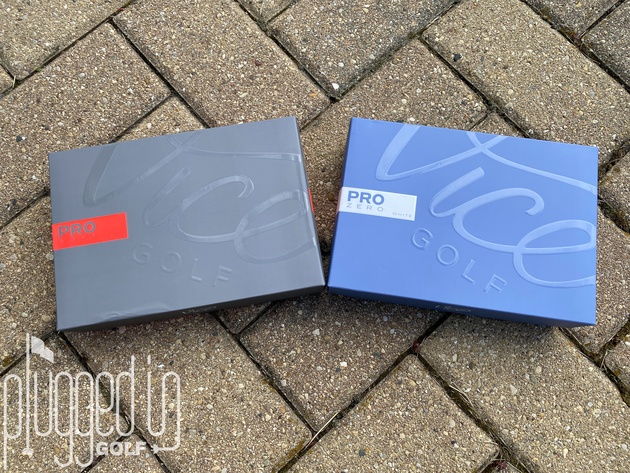 Across their four Pro models, VICE Golf has a ball for virtually every player.  If you’re seeking a Tour-style ball but don’t have Tour-level swing speed, the VICE Pro Soft is a great choice.  Golfers who want to save a few dollars in exchange for some feel and spin will be well served by the Pro Zero.