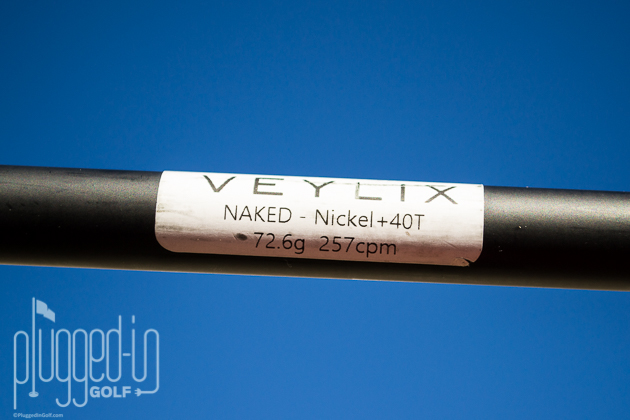 The Veylix Naked is a limited edition prototype shaft with a full annoveylix weave and no graphics.  Good stout feel with a bit of kick.

Veylix shafts is well known for making some of the best looking shafts in the game.  It doesn’t get much cooler than their unique Wildeye finishes!  Looking to change things up a bit, Veylix released a limited edition prototype with no graphics and shrouded in mystery.  They call it the Veylix Naked in reference to its visible annoveylix weave pattern.  I don’t know a ton about this mystery shaft so this review can only be influenced by the data and my own hands. 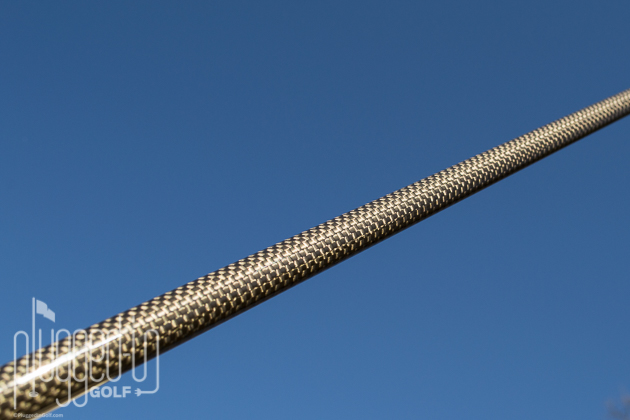 Yes, the look of the Veylix Naked is a departure from their signature flashy looks.  That said, Veylix still found a way to make an amazing looking shaft.  The only time I’ve ever seen a shaft with no labels and a visible weave has been on Tour with prototype shafts.  Veylix took that same protoype look and made it available to the public in limited numbers.  You aren’t going to find a much cooler looking combo than the Naked shaft in either the Callaway Epic or the Taylormade M woods. 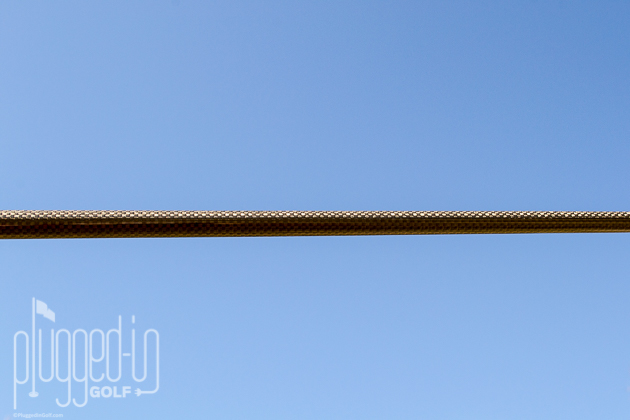 For those that have hit Veylix shafts before, the feel of the Naked is somewhere between the Rome and the Alpina.  It has the feedback and liveliness of the Alpina with the firm control similar to the Rome.  If you have not hit those shafts before, I’ll translate.

Every shot with the Naked provides very precise feedback to your hands.  You’ll feel the shaft release on a good swing, and the shaft will let you know that you just launched one.  The shaft does have kick, but it feels controlled and a little firm.  It’s not stout like a telephone pole but like it’s going to hold up to an aggressive swing. 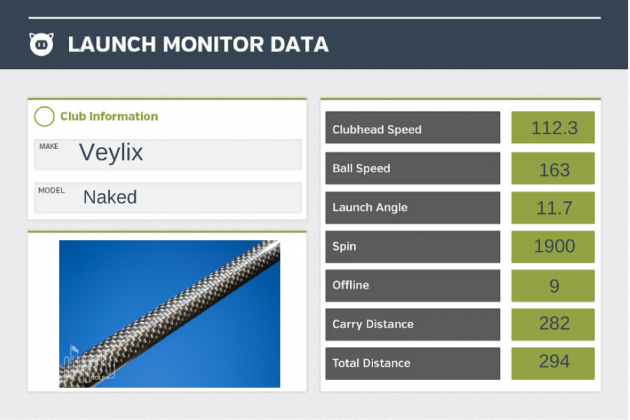 A good way to explain the Veylix Naked’s performance is “ole faithful.”  It wasn’t the longest shaft I’ve ever hit, but it’s consistent and reliable with serviceable numbers for the course.  For my swing, I believe I need a little more action than Naked gave me.  Players with bigger, harder, faster swings than I have will likely be able to get more out of it.

I don’t want to downplay the consistency of this shaft.  The day I was testing the Naked on a launch monitor, I was testing quite a few other pieces of equipment as well.  Some of the gear I was hitting well, some of it not so well.  With the Veylix Naked, it was a different ball game.  It was the only shaft where I felt like I could really go after the ball, even with a slightly out of control swing, and still get good numbers.  On a day where I felt completely out of control overall, I felt like I was able to control the Naked and produce with it. 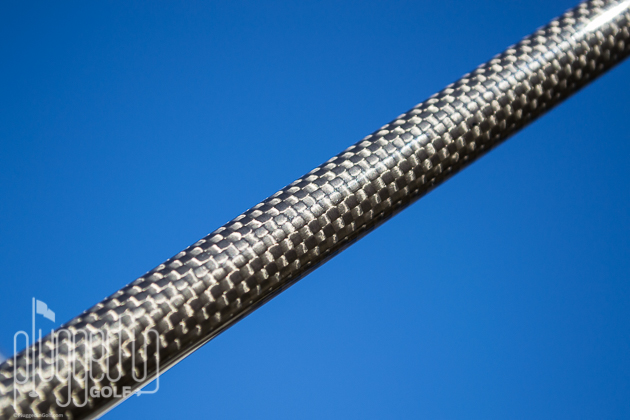 Though a small boutique company, Veylix makes some of the coolest shafts you’ll come across.  I won’t try to tell you that they’re the first company to release a “visible weave” pattern or put a naked prototype on Tour.  I look at the Veylix Naked more as a different piece to the Veylix story.  A company known for big eye-catching finishes rocks the boat by making a shaft as simple as it comes.  My own experience will tell you that a “naked” shaft will draw just as many comments as a color-changing holographic finish will.  When you step up to the tee and rip one right down the middle of the fairway, your playing partners will certainly have even more questions. 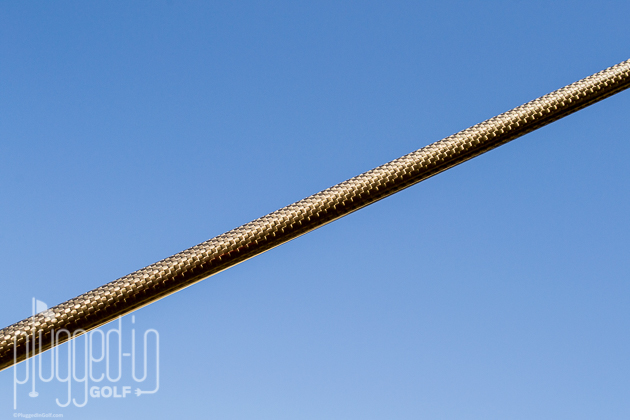 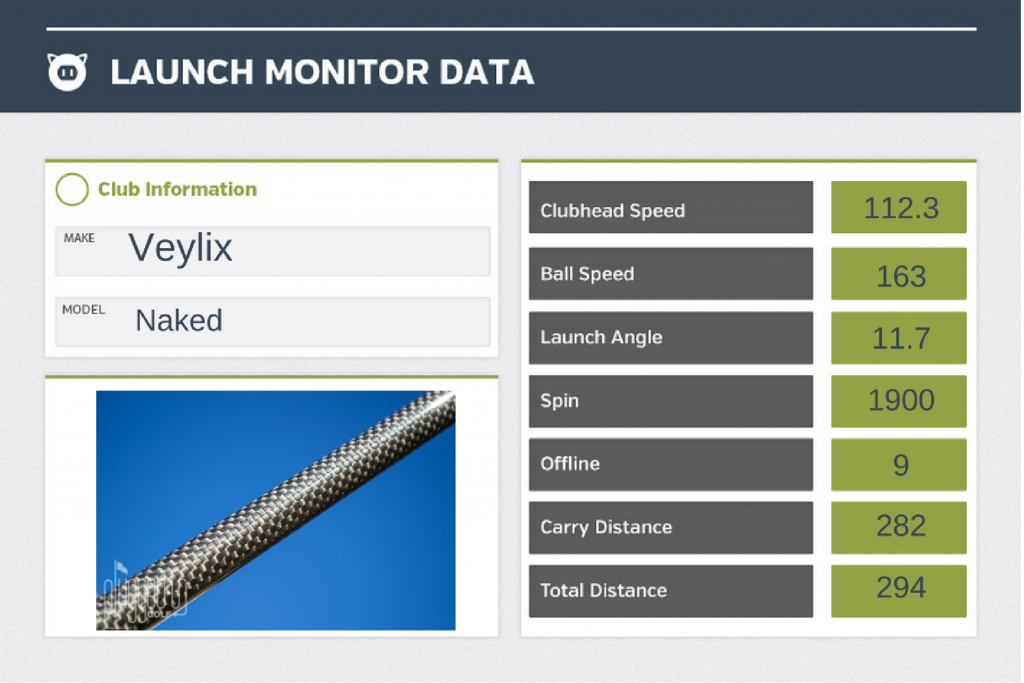