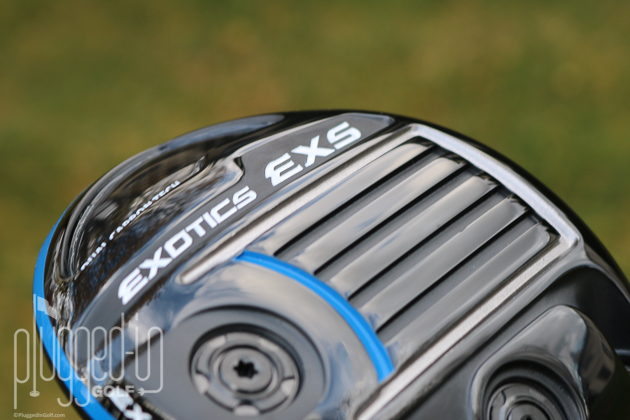 The Tour Edge Exotics EXS driver is a high performance club at a budget friendly price.  Adustable hosel and weights allow you to dial in launch conditions.  Excellent forgiveness. 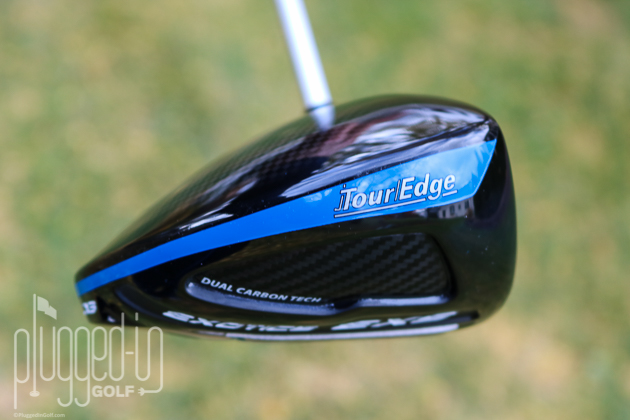 In my recent podcast with Tour Edge’s Jon Claffey (listen HERE), he discussed the concept behind the new Tour Edge Exotics EXS driver.  In short, they wanted to make a product worthy of the Exotics name at a price far below the now-normal $500.  That’s a lofty goal, and I was eager to test the EXS to see if they’d achieved it. 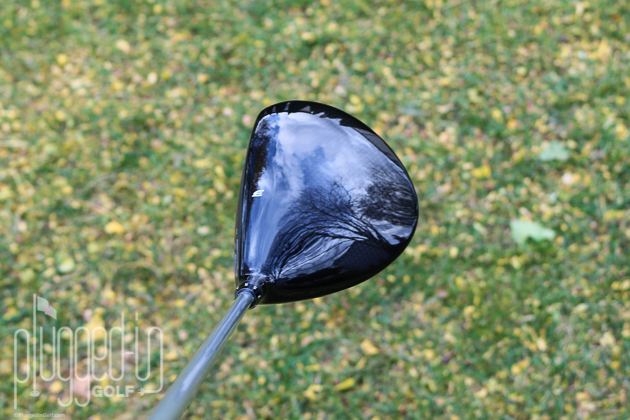 The EXS driver passes the first test: it looks the part of a premium driver.  The gloss black crown is almost entirely covered with a subtle carbon fiber texture.  Its head is large and triangular, just like many other drivers in the conversation for most forgiving.

Setting the EXS down behind the ball, you’ll see that the face height is average for a modern driver.  There’s ample room to miss a little high or low, but it doesn’t look like a dinner plate set on edge. 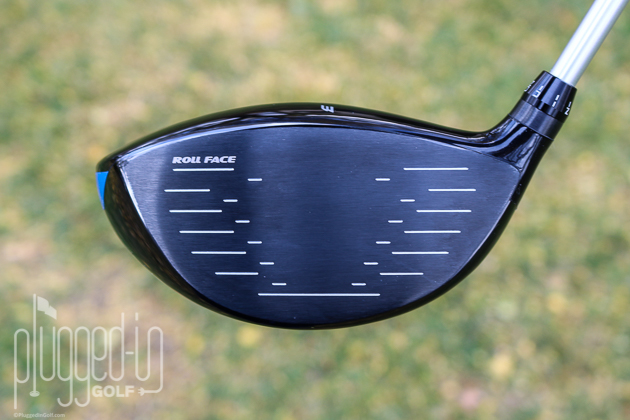 The sound of the EXS driver caught me by surprise.  With its large, triangular head, I was expecting a loud, explosive sound.  What I heard was a quiet, deep, solid impact that I would have expected from a smaller “players” driver.  Most notable was the fact that the sound was very short in duration.  Many drivers have a little echo or ringing just after impact, but the EXS has a very staccato sound.

I didn’t hear much difference between centered strikes and mishits, but I did get good feedback through my hands.  The EXS feels very stable, but I was still able to discern where impact occurred. 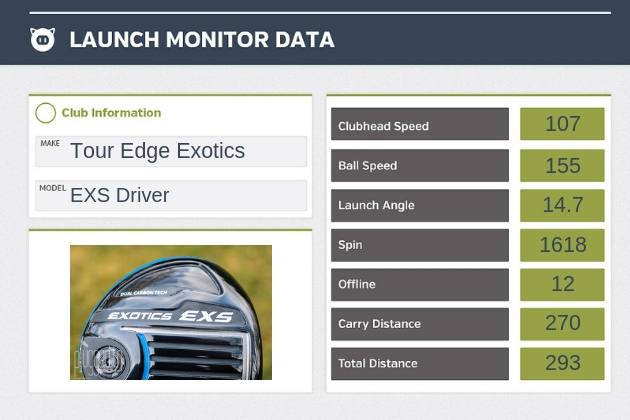 Despite being an “expert” on golf equipment, I’m as prone to stupid biases as anyone.  Even though the EXS looks and sounds like a premium driver, and even though I know Tour Edge Exotics produces amazing clubs, the price tag still had me doubting how it would perform.  However, after about five shots on the launch monitor, there were no more doubts.  The Tour Edge Exotics EXS driver is as good as any driver on the market.

What stuck out first was the consistent ball speed.  The combination of the thin Beta Titanium face and high MOI, thanks to carbon fiber in the crown and toe, means that you have to get to the edges of the face to see the ball speed dip significantly.  Pair high ball speed with mid-launch and mid-low spin, and you have a recipe for long, powerful drives.

The EXS also allows for a high level of customization.  At the hosel, you can tune the loft up or down two degrees, which is as much adjustability as you’ll find in any driver.  Tour Edge has also included a Flight Tuning System that lets you position a 9-gram and 3-gram weight to create a neutral or slightly draw biased CoG.  The weights alone won’t cure a slice, but they can turn a straight ball into a slight draw.

Finally, Tour Edge Exotics should be commended for their stock shaft choice.  They’ve chosen the Mitsubish Tensei Blue CK which is a mid-launch profile that will be comfortable for many golfers.  TEE emphasizes that it’s the real deal, aftermarket version, and, to my hands, it feels like it is.  I can’t scientifically verify TEE’s claim, but I’ve hit numerous stock versions of the Tensei that feel soft and loose.  This shaft feels very stable, and I would have no reservations about gaming it. 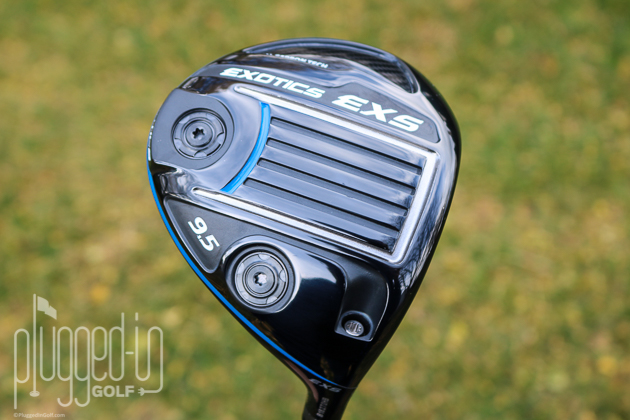 If, like me, you’ve been frustrated over the last few years with the trend of increasing equipment prices, the Tour Edge Exotics EXS driver provides some relief.  Despite it’s “low” $299 price tag, this driver can compete with anything else on the market. 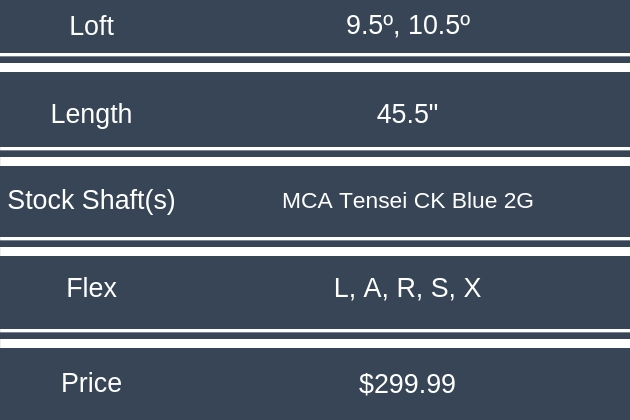