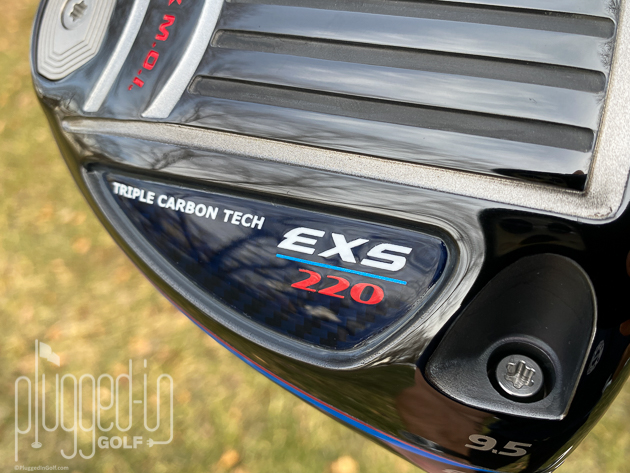 The Tour Edge Exotics EXS 220 driver is a worthy successor to the original EXS as the best value in golf.  Superb sound and feel.  Excellent forgiveness. 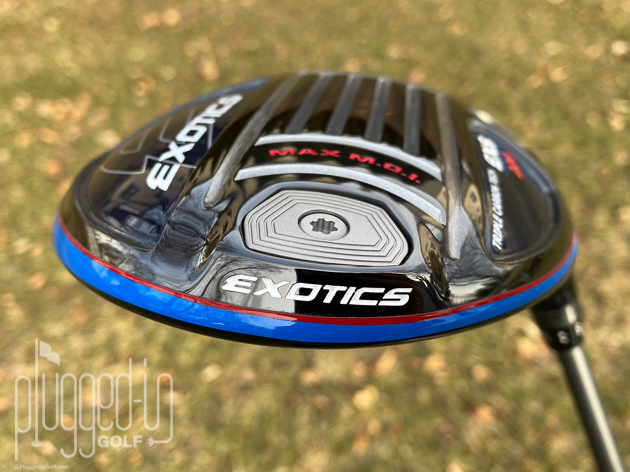 In late 2018, Tour Edge Exotics released the original EXS driver (review HERE).  The concept was incredibly appealing: a high performance driver at a price that was $200 less than what other big names were charging.

For 2020, TEE has upgraded the entire line with new technology without sending the prices soaring.  I was eager to test the EXS 220 driver to see if TEE could retain the championship belt for value. 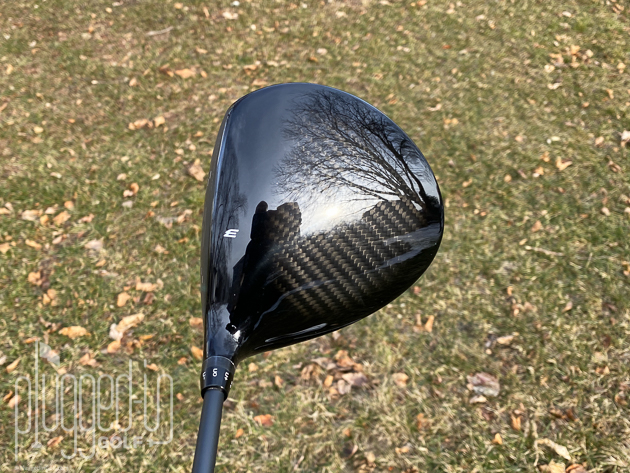 The EXS 220 driver has a large, slightly triangular footprint.  Though its size is substantial, the shape is symmetrical which boosts its visual appeal for the better player.  Behind the “E” alignment aid, the crown shows its carbon fiber construction. 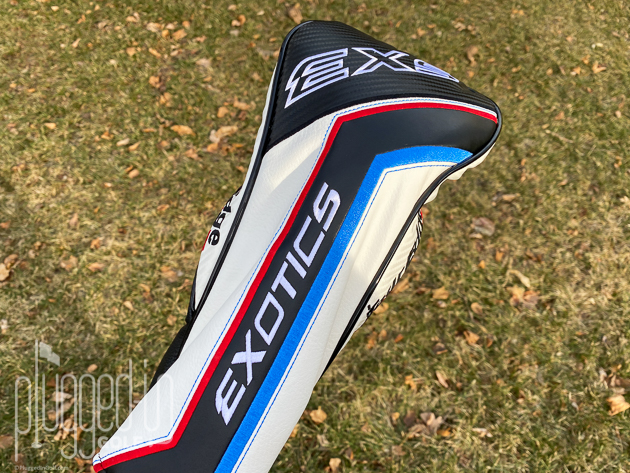 When you flip the club over, you reveal an attractive, patriotic sole that highlights the club’s technology.  At the rear of the head, you’ll see the adjustable 9 gram weight that boosts the MOI substantially higher than the previous version.  The toe and heel show their carbon fiber panels which save weight. 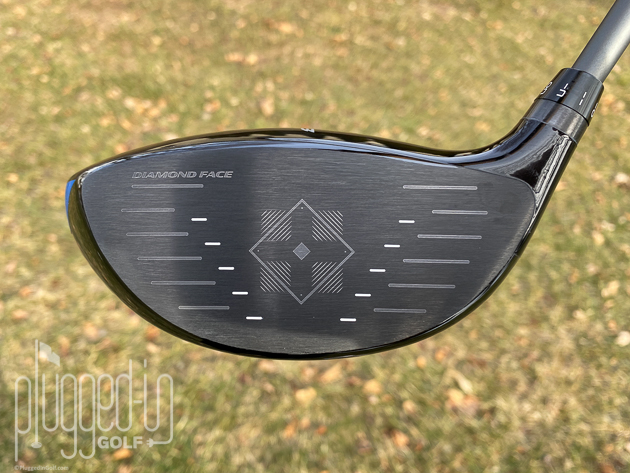 I don’t usually get excited about the sound of a driver, particularly when testing indoors.  With the EXS 220 driver, however, one swing and I was grabbing for my phone to note, “Sounds awesome!!!!”.

Virtually every swing produced a deep sound that’s powerful without being loud.  The great sound is coupled with a feel that’s at once solid and explosive.  In terms of sound and feel, the EXS 220 is my favorite driver in quite a while. 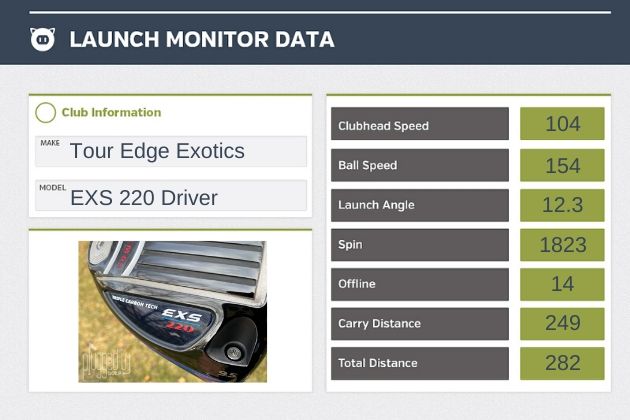 The two major upgrades in the EXS 220 driver are Diamond Face and a higher MOI.  TEE states that the new face design creates faster ball speed, spin reduction, and better performance on off-center hits.  That’s coupled with a 20% increase in MOI which should also promote longer, straighter shots on mishits.

Did I see these benefits show up on the launch monitor?  Without a doubt.  Shot after shot, my smash factor was maxed out, meaning I was getting every bit of ball speed I could.  The combination of high MOI and Diamond Face puts the EXS 220 driver in the elite category for ball speed. 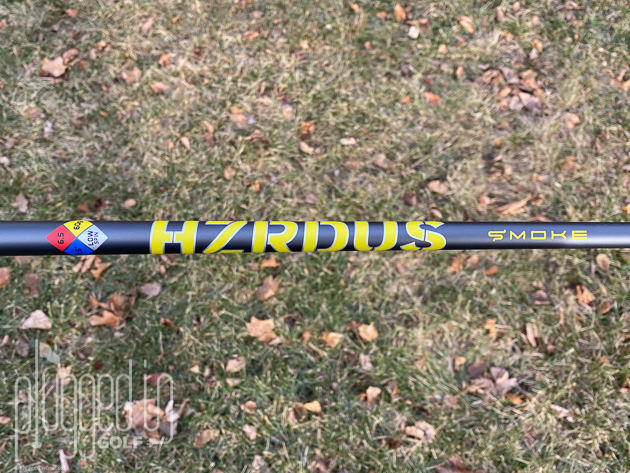 What I did notice early in my testing was that the EXS 220, combined with the HZRDUS Smoke Yellow, was producing a low, piercing ball flight with a consistent draw.  To bump up the launch angle, I used the adjustable hosel to add a degree of loft (loft can be adjusted up to two degrees up or down).  That change gave me higher launch with almost identical spin which translated to more carry distance.

Finally, Tour Edge has done something noteworthy with their stock shaft offerings.  Rather than offering the same shaft in every flex, they tested each head and shaft combination at different swing speeds to find the optimal pairings.  Their SpeedTested data led them to offer three different stock shafts: Project X HZRDUS Smoke Yellow in Stiff and X for 95 MPH and above, Fujikura Ventus 4T Core in Regular and Stiff for 85-95MPH, and Fujikura Air Speeder in Ladies, A-Flex, and Regular for 85 MPH and below. 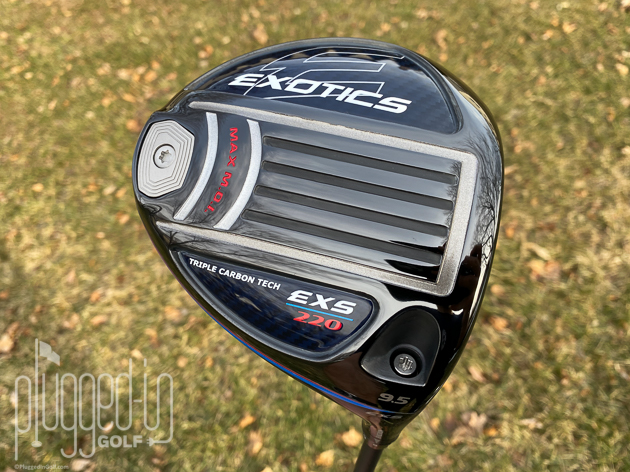 At $350, the Tour Edge Exotics EXS 220 driver can go nose-to-nose with any $500 driver on the market right now.  Fit and personal preference may lead you to choose something else, but you’re doing yourself a disservice if you don’t give the EXS 220 a serious look. 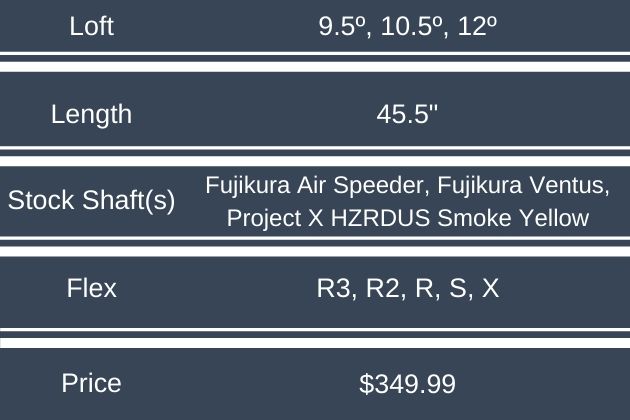