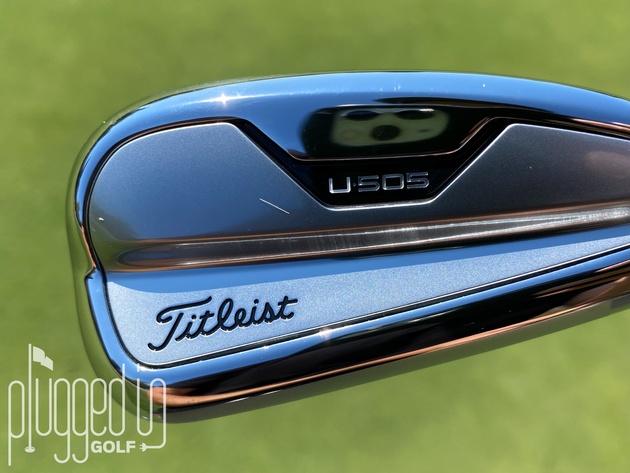 The Titleist U-505 utility iron blends the best of the U-500 and U-510 into one outstanding club.  Dramatically improved feel.  Huge ball speed. 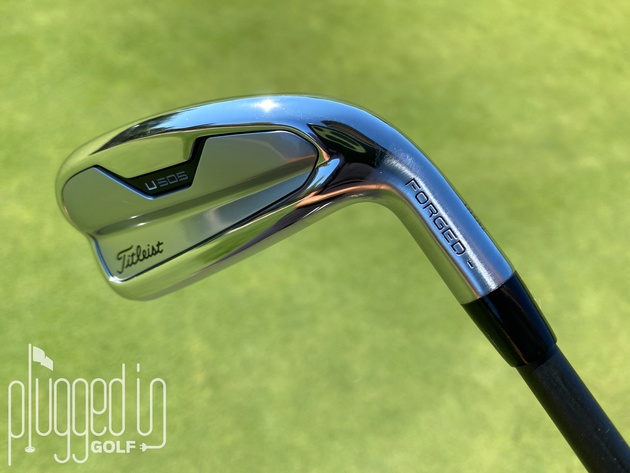 In their last generation of irons, Titleist offered two utility irons: the U-500 [review HERE] and the U-510 [review HERE].  The U-500 was designed for the elite ball striker, the U-510 was a bomber for the player who could use a little more forgiveness.

For the 2021 line up, Titleist decided to merge the best of both worlds into the aptly named U-505 utility iron.  I tested one to see who should consider putting it in the bag. 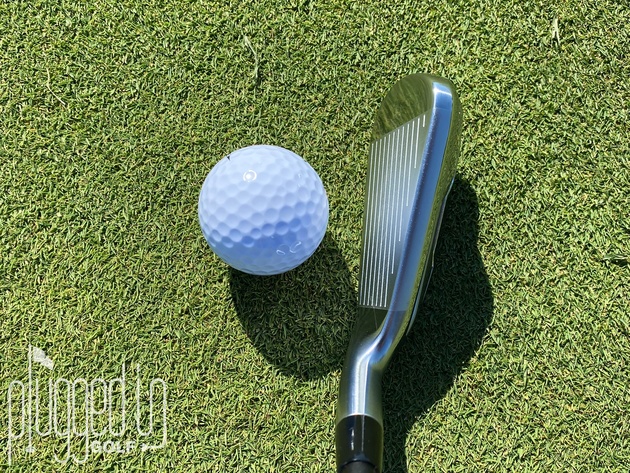 The address look of the U-505 is a blend of the two previous offerings that leans slightly more toward the players side.  Per Titleist, the blade has been shortened and the face is shallower, both things that make the U-505 blend more seamlessly into your iron set.  The top line is average in thickness, and a little of the sole does stick out behind the top line at address.  This combination gives the U-505 a stout, sturdy look that lets me know it will send the ball if I make a good swing.

In the bag, the Titleist U-505 looks a lot like the T200 irons [review HERE] with its chrome perimeter and matte silver plate covering the cavity.  As you would expect from Titleist, the branding is understated with the script logo near the toe and “U-505” near the center of the head.  Overall, this club looks very slick in the bag and projects the image of a high-end ball striker. 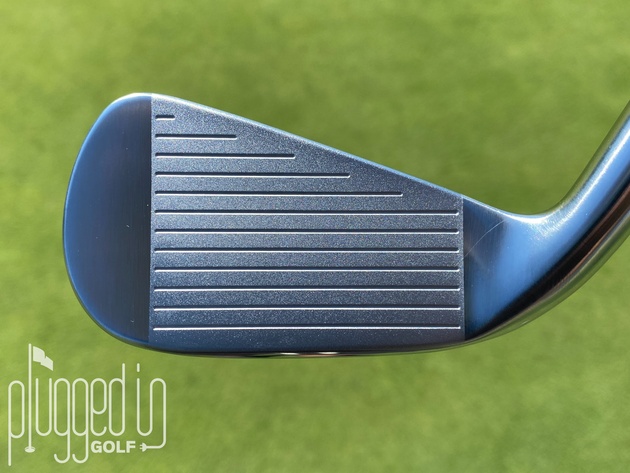 When I went for my Titleist fitting, all of the fitters were focused on the improved sound and feel of the U-505, and it’s easy to see why.  Thanks to the Engineered Muscle Plate, contact is much quieter and sounds more solid than hollow.

Impact not only sounds better, it feels better.  The U-505 feels fast without feeling thin or empty.  Also important, especially for those of us who occasionally miss the sweet spot, is that mishits feel less jarring.  There is adequate feedback, but your hands and ears won’t pay the price for a poor swing. 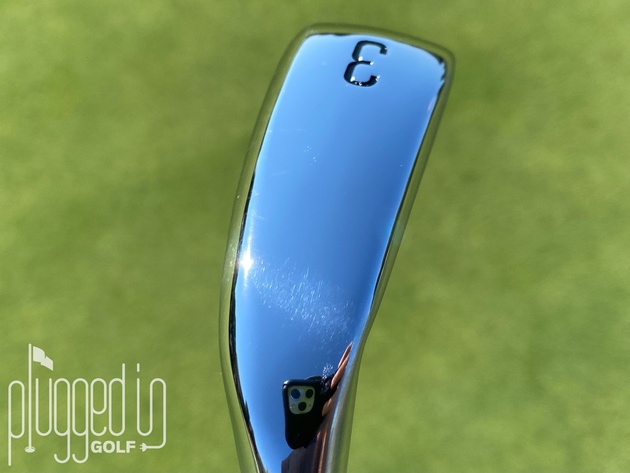 It took only a few swings to confirm that the Titleist U-505 is indeed the company’s fastest utility iron.  Ball speed on center is outstanding thanks to the thinner face and Titleist’s Max Impact technology.  Just as important, that ball speed doesn’t fall off a cliff when you miss the center of the face.  While this is not a club for the high handicapper, the aspiring mid-handicap golfer shouldn’t be afraid to give it a try. 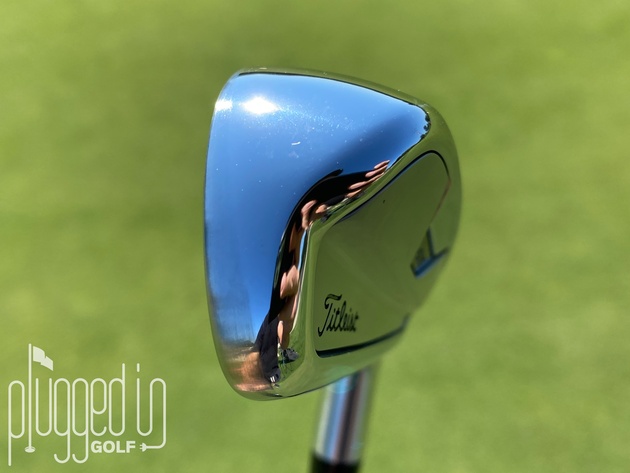 The other thing that makes the U-505 more approachable is the way it easily launches the ball.  Titleist used a denser tungsten to move more weight lower into the head for higher, more consistent launch.  This is a feature I could immediately appreciate as a low launching player.  Again, I can’t recommend this club for slow swingers, but average to fast players are going to find that the U-505 creates very playable launch and spin even on less-than-perfect strikes.

On the topic of launch and spin, Titleist offers the U-505 utility iron in four lofts – 16, 18, 20, and 22 degrees.  Unless you have unreal swing speed, you should not assume that lower loft is going to create more carry distance.  The area between your driver and iron set can be one of the trickiest to get right, so talk to your fitter about the clubs you currently carry, what distances and shots you want to be able to hit, and work together to find the right option. 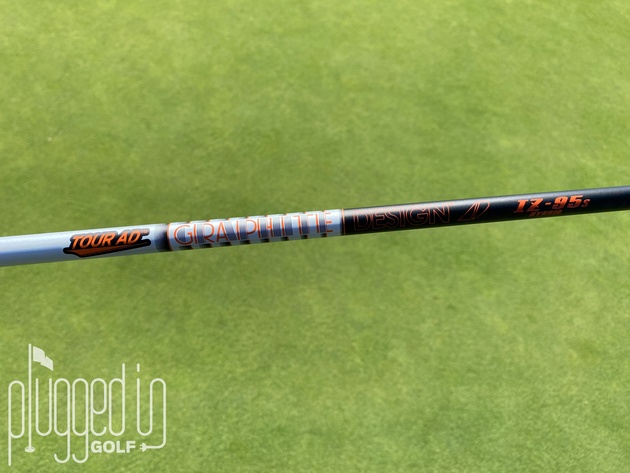 Finally, Titleist is offering the U-505 utility iron with three stock graphite shafts.  The lightest option is the Project X HZRDUS Smoke Black RDX.  This shaft is tip stiff but weighs only 80 grams which may allow players to create more speed.  The first of two Graphite Design shafts is the AD-DI which is a mid-launch shaft with a weight of 88 grams.  Finally, there’s the Graphite Design AD-IZ which weighs about 96 grams and produces a mid/low launch. 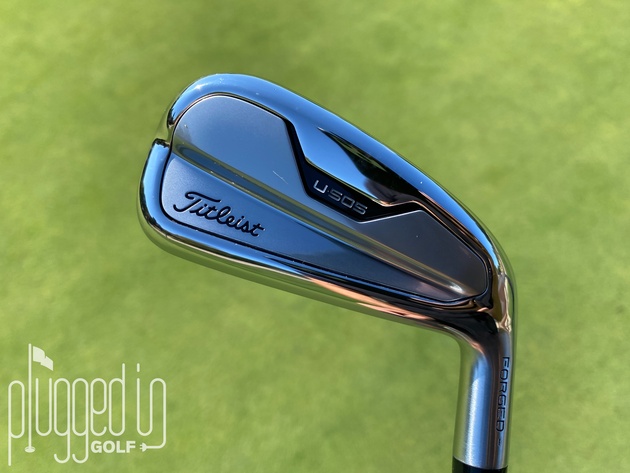 With the new U-505 utility iron, Titleist took the explosive speed of the U-510 and made it more attractive, better feeling, and easier to hit.  Players do still have a second utility iron option thanks to the T200 Utility Build [review HERE], but I think most golfers will be very well served by the U-505. 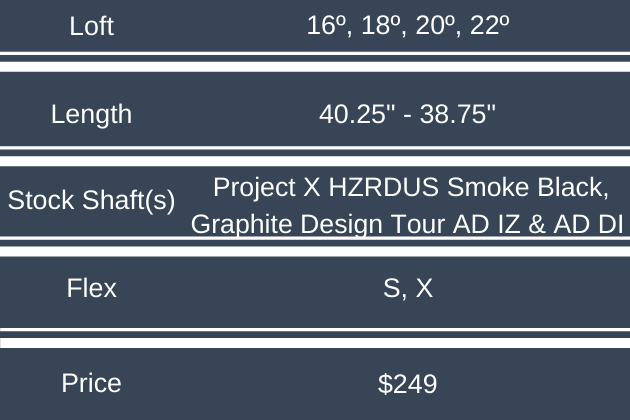