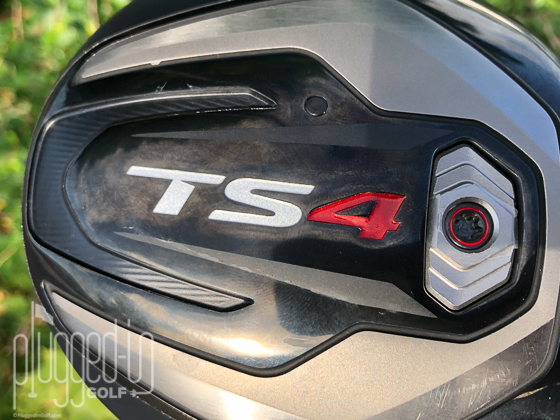 The Titleist TS4 driver has a 430cc head for the player that prefers a smaller look at address.  Noticeably less forgiving than the TS2 or TS3.  Low launch and spin. 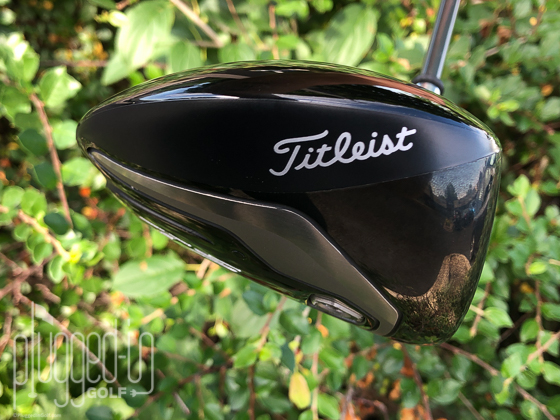 After the massive success of the TS2 and TS3 drivers (TS2 review HERE, TS3 review HERE) this past fall, Titleist expanded the driver line with the TS1 and TS4.  Where the TS1 is targeted at the player with a bit less swing speed, the TS4 aims for the fastest, best drivers.  The TS4 has been validated on Tour, but does it belong in the bags of amateurs? 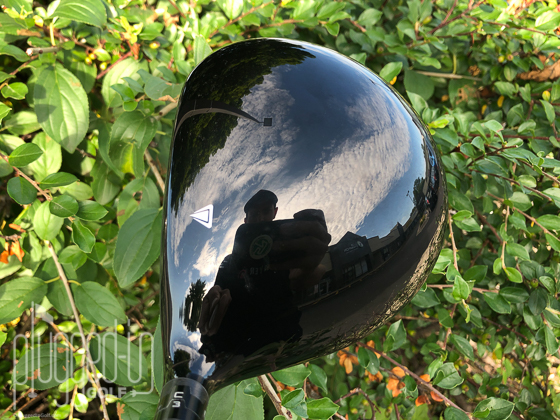 Pictures do little justice to how small the TS4 driver is.  At 430cc, it’s 30cc smaller than the other drivers in the TS family, and I was surprised the difference isn’t larger.

The shape of the TS4 caught me off guard.  I expected a traditional pear shape, but the TS4 is round and symmetrical.  This, combined with the gloss black crown and triangular alignment aid, make the TS4 look like a mini-sized TS3. 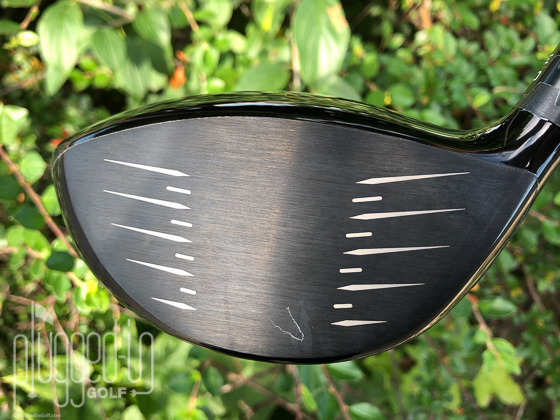 As a club designed for high level players, it’s not surprising that the Titleist TS4 driver delivers crystal clear feedback.  When you strike the ball on center, it produces a low-pitched “thwack.”  If you move to the outer reaches of the face, impact sounds noticeably higher-pitched.  There’s also unmistakable feedback through the hands. 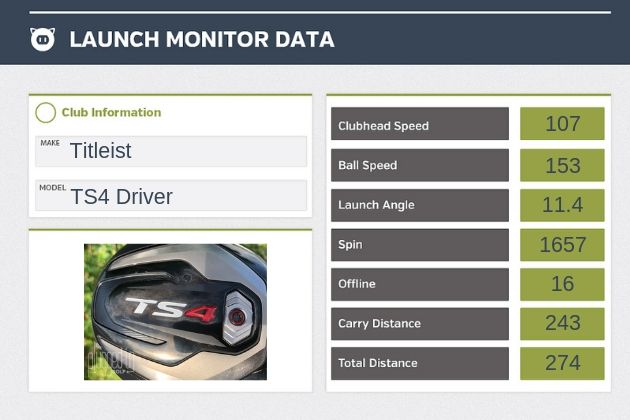 The first thing I noticed when I went to test the TS4 driver is the lack of Titleist’s SureFit CG Weight.  Instead, the TS4 has a rectangular weight similar to the TS2, but this weight is placed near the face.  By pushing the CG forward, Titleist has made the TS4 lower spinning at the expense of forgiveness.

I had the opportunity to test the TS3 and TS4 head-to-head and the difference in forgiveness was immediately noticeable both in the way the club felt and in the numbers.  Where the TS3 is fairly stable on mishits, the TS4 will twist substantially on a poor strike.  The result is a big loss of ball speed and distance.

Another thing that stood out to me was that the spin difference between the TS3 and TS4 was minimal.  I will offer my standard caveat that I’m a low spin player, so this could be unique to me.  However, even if you’re seeking to cut spin, I’d think long and hard about the trade off between spin and forgiveness.

One notable positive is that, for the very high level ball striker, the TS4 driver will allow for maximum shot shaping.  While some was intentional and some wasn’t, I saw far more curvature in my drives with the TS4 than average.  If you want to sling the ball around like Bubba, you’ll love the TS4. 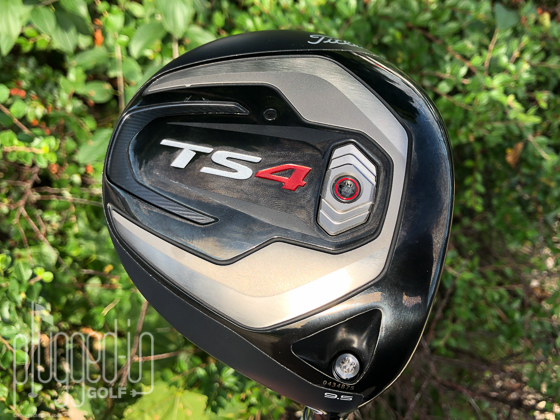 While I give Titleist major credit for offering a substantially different driver with the TS4, it also needs to be said that this is not a club for weekend golfers.  The small profile looks great at address, but the lack of forgiveness can be jarring.  Players seeking a traditional look with modern performance should stick with the TS3. 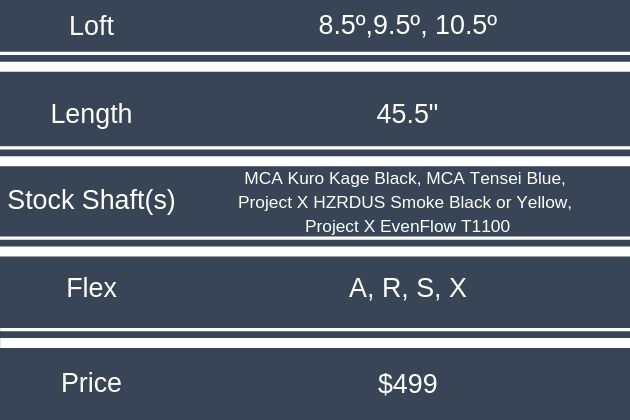