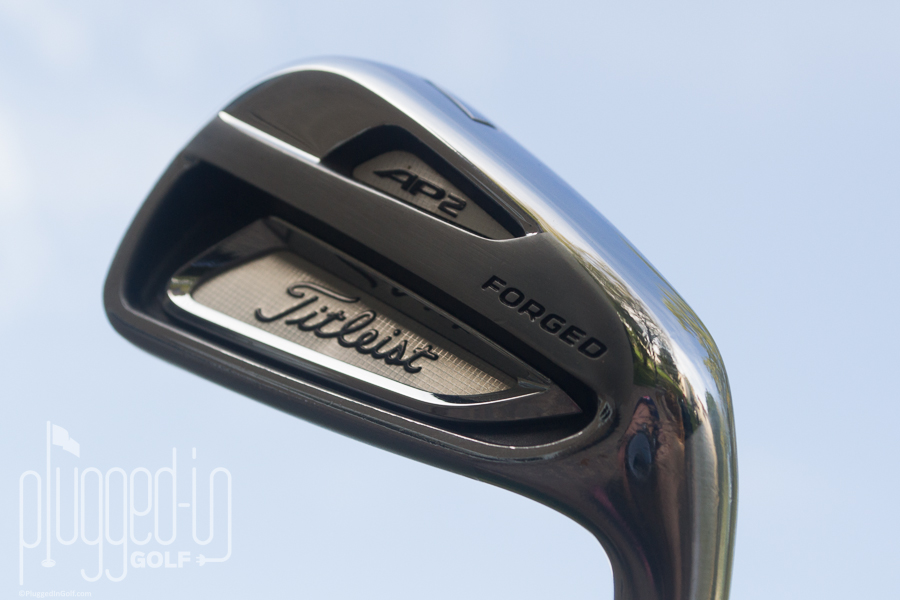 The Titleist 714 AP2 became an instant gamer for me and is one of the best performing irons I have hit.  Additionally, it looks like one of the finest crafted clubs you are going to come across. 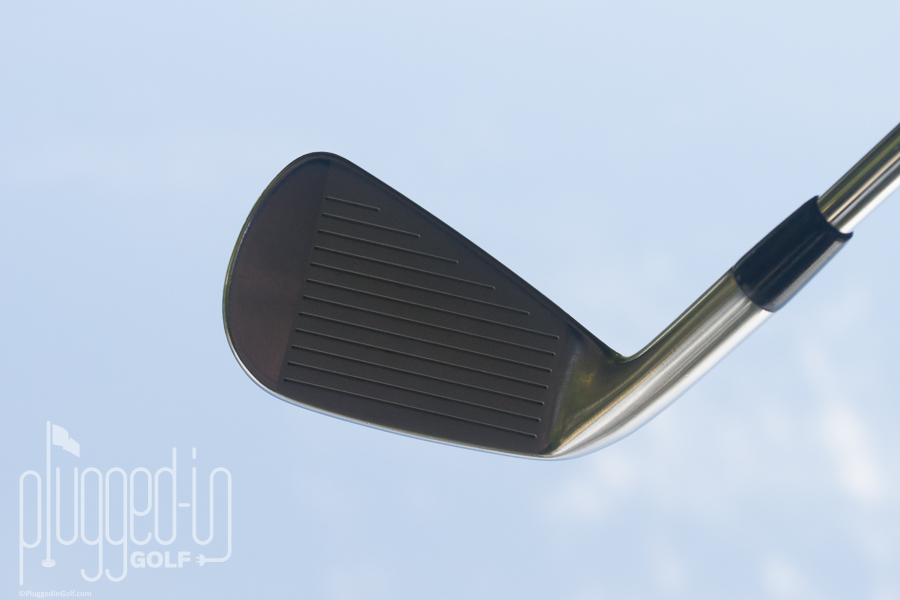 The AP line of irons from Titleist are almost like a rite of passage for serious golfers.  You don’t just go pick up a set on a whim and give it a try.  It’s a serious investment that you have to work your way toward.  You earn it.  At least that’s how I’ve always romanticized it.

The day these showed up at my door, my eyes almost popped out of my head.  In hand, the Titleist AP2 irons are one of the most impressive-looking set of golf clubs I have ever seen.  In addition to looking great, the AP2’s are true performers out on the golf course too.

As mentioned previously, the Titleist AP2 irons blew me away with their appearance as soon as I saw them in hand.  Generally, I think we have some pretty great pictures on PluggedInGolf.com, but pictures just don’t do the AP2 irons justice.  The smooth lines, the classic branding and head shape, and simple black, white, and silver color scheme makes for a high-end look of professionalism.

The sole and topline are not paper thin, but they definitely have the appearance someone looking for a player’s club wants.  There is very minimal offset and the length of the club head from heel to toe is just right. 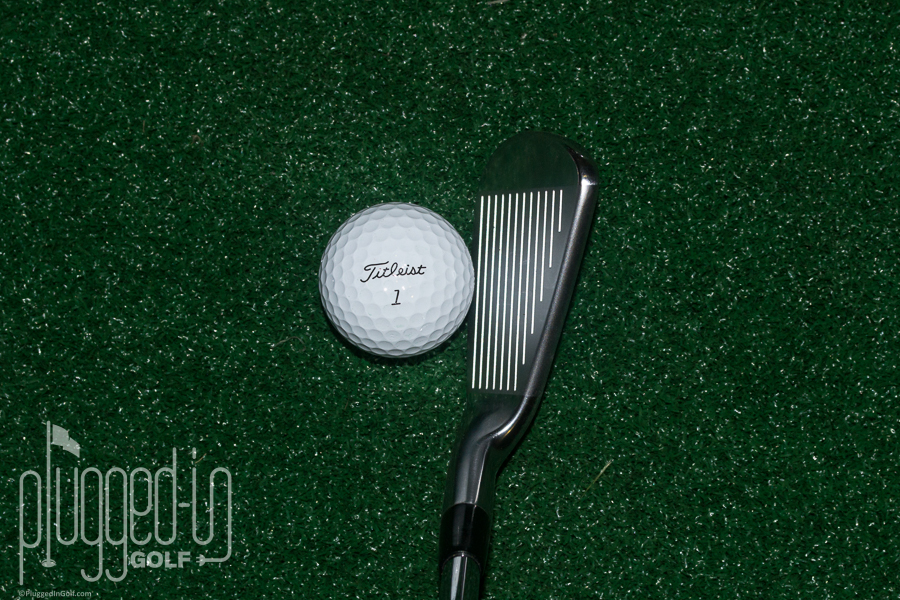 There’s a way good golf irons are supposed to sound.  I remember being a kid watching my uncle hit flush iron shots with his trusty set of Titleist DCI irons and hearing this soft click.  The term “click” gets used a lot when describing golf club sounds, but current clubs just don’t make that same click the classic high-end blade irons did so many years ago.  With the Titleist 714 AP2 irons, each shot off the sweet spot had that exact classic, perfect click I remembered from my childhood and it left me wondering “why can’t more clubs sound like this?”  Consistent with traditional player’s irons, shots off the heel and toe have a much different sound and give you the immediate feedback you’re looking for.

The feel of the Titleist AP2 is as good as it gets.  The built-in forgiveness makes for a little sweeter and softer feel than your basic blade which in turn makes you more confident on each swing.  As soft as the AP2 is, the feel is extremely responsive and very lively.  You don’t get that mushy marshmallow-y feeling often found in more forgiving forged carbon irons.  I can only describe a shot off the sweet spot as textbook crisp and pure. 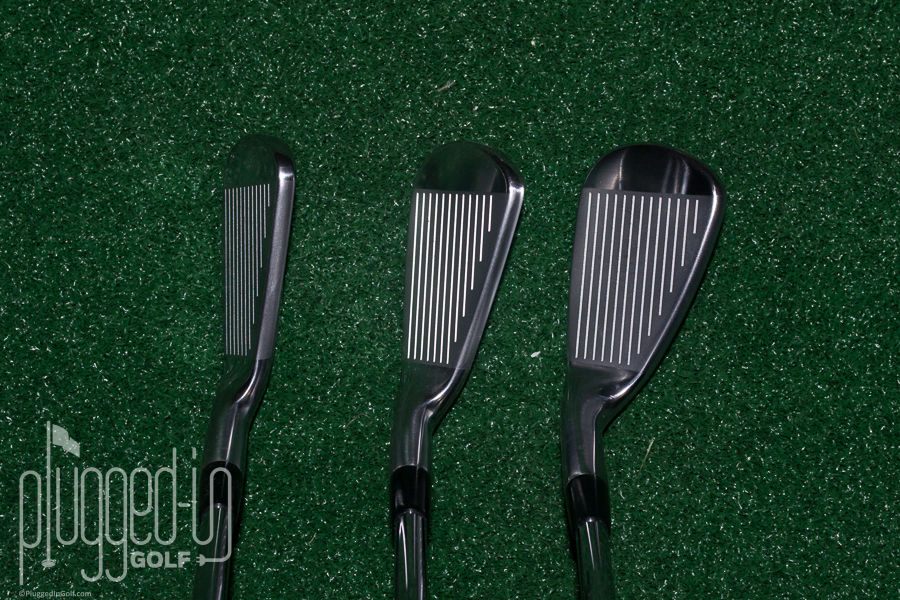 There are a few tricks up the Titleist AP2‘s sleeves that have direct impacts on performance.  First and foremost, I was shocked at how well I was hitting these clubs through the entire set and how good the ball flight was.  I’m not a bad golfer, but I’m not a +2 handicap either so I have just as many ball striking struggles as other amateur golfers.  What Titleist has done is progressively change the height of the center of gravity (CoG) throughout the set so as to give the golfer higher launching long irons and lower launching short irons.  This allows you to swing a little more freely and not have to worry about fighting the club to get ideal shot trajectories.

In the longer and mid irons, Titleist used a high density tungsten to raise the MOI making for more forgiveness while not sacrificing workability.  This tungsten weighting paired with a slight “cavity” make for a lighter and longer version of the AP2’s long irons than previously seen in the 712 generation.  The tungsten weights are removed in the short irons, and the face is a little thicker which raises the CoG.  The shorter irons are still forgiving, but the raised CoG and 1º stronger lofts make for a little flatter trajectory for players looking to avoid the dreaded balloon ball.

To say I feel privileged to have been able to put the Titleist AP2 in my bag, though very true, is a massive understatement.  It’s not often that you pick up a golf club and develop an almost instant chemistry with next to no adjustment period, but this is exactly what happened with me and the 714 AP2.  It’s a true testament to how high quality a golf club the Titleist AP2 really is.  The forgiveness mixed with performance makes for one of the best top-shelf irons you are going to find in today’s golf market.