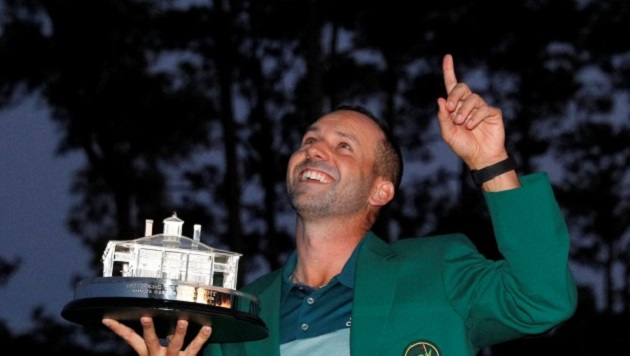 Well, everyone, the greatest week in golf has come to a close.  And while all good things must come to an end, man was this one good.  From the awesome tribute to Arnie on day one, all the way to the green jacket ceremony, this tournament was one for the books.  Although World Number One and heavy favorite coming into the week Dustin Johnson withdrew after falling down the stairs in his Augusta living quarters, there was no shortage of fantastic moments this week at Augusta National. 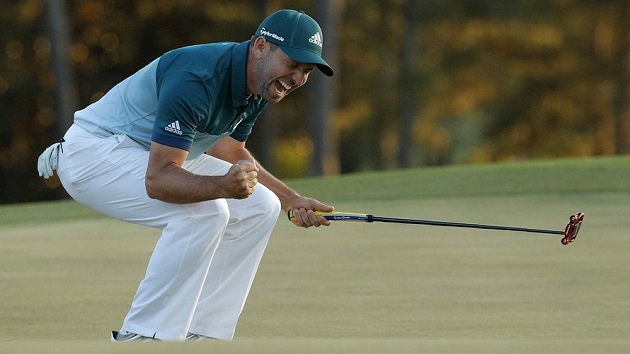 Sergio Wins That Elusive Major, Puts On The Green Jacket

Over the last five plus years, Sergio Garcia has been towards to top of the list of “best players to have never won a Major Championship”.  Many began to wonder if he would ever win one, with his previous inability to close out a tournament on the big stage, and the fact that he wasn’t getting any younger.  On Sunday, he changed all of that.  Sergio Garcia shot a final round 69 en route to a playoff victory over fellow Taylormade staffer Justin Rose, capturing his first ever Major Championship at Augusta National.

Charlie Hoffman opened the week strong, and appeared he may run away with the first Major of the year, firing an opening round 65 and holding a four stroke lead.  Hoffman struggled in the second round, however, and found himself tied with Garcia for the lead heading to the weekend.  Right on their tails sat Rickie Fowler, who trailed by just one stroke.

Heading to the Weekend

On Saturday, Garcia continued to surge, shooting 2-under.  Justin Rose had the low round of the day to get into the final pairing, scoring a Saturday 67.  Former Masters winners Charl Schwartzel and Jordan Spieth also turned in impressive scorecards to vault up the leaderboard.  Heading to Sunday, this was anybody’s tournament.

Garcia got off to a quick start on Sunday with a birdie, par, birdie start, and increased his lead to two over Rose.  That lead grew to three after Rose bogeyed the 5th.  All of the while, Rickie Fowler and Jordan Spieth, the penultimate pairing, were unable to get things going.  It appeared as though Sergio was going to run away with this thing.  Then, Rose caught fire.  He birdied the next three holes, with Sergio converting all pars, and Rose was again tied with Sergio for the lead.   Devastatingly, Sergio made bogeys at the 10th and 11th, but to his credit, he prevented any catastrophic damage from occurring by playing smart golf.

While many thought that this was the typical Major implosion of Garcia, he proved us otherwise.  Garcia stuffed his approach on the 14th and converted his birdie putt, then hit an incredible second shot on the 15th, converting his 15 footer for eagle.  Rose put up a birdie to Sergio’s eagle, and we were level again.  Rose made birdie at the 16th, but gave that stroke right back on the 17th after missing a short putt.  Pars for both at the 18th after Garcia missed a short putt for the Championship took us straight to a playoff.

Off to a Playoff  We Go

Rose and Garcia returned to the 18th tee box to begin the playoff for the first Major Championship of the year.  Sergio had been in this position before, having lost to Padraig Harrington in the 2007 Open Championship at Carnoustie in a playoff.  Garcia crushed his drive, splitting the fairway, leaving him the same yardage in that he had in regulation.  Rose, on the other hand, found the pine straw on the right, with a large tree blocking his shot into the green.  Advantage: Garica.

Rose attempted to punch out of the tough pine straw, hoping to run the ball towards the green.  He caught the shot a little on the heavy side, and the ball barely made it back to the fairway, and was level with Garcia’s drive.  Garcia hit yet another spectacular 8-iron into the green, and left himself yet another fantastic look at birdie.  Rose also found the green, and was in a similar spot to his regulation approach, only this time he was putting for par.

After Rose missed his par putt, Sergio had two putts from inside of ten feet for the win.  He drained the downhill breaking birdie putt, and captured his first ever Major Championship.  This is Garcia’s 10th win on the PGA Tour, but more importantly, his first ever-elusive Major victory.  With the win at Augusta, he has cemented himself into golf history, and may have punched his ticket to the Hall Of Fame.

Even more special for Sergio?  He won on what would have been his biggest mentor, Seve Ballesteros’s 60th birthday.  You could almost say it was meant to be Sergio’s week. 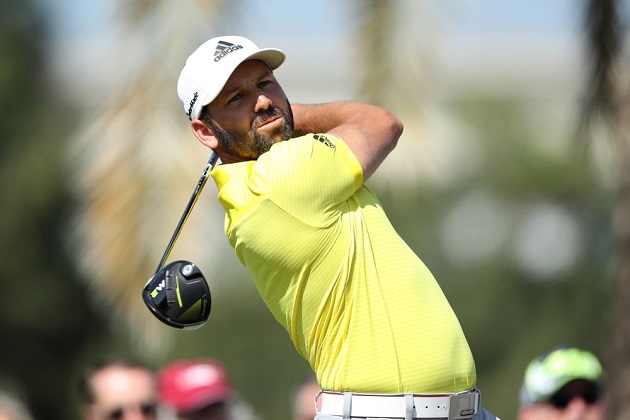