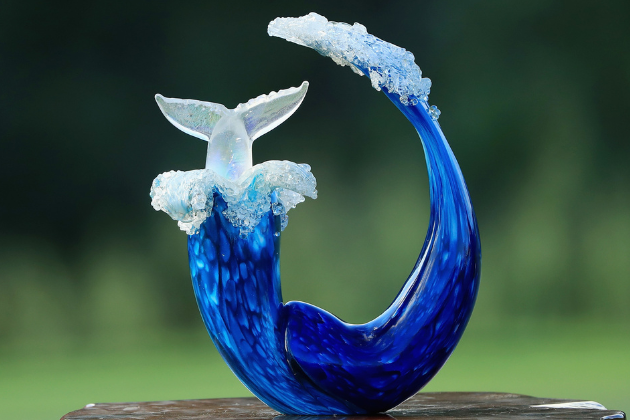 Kapalua, HI – Jon Rahm has won the 2023 Sentry Tournament of Champions. With this win, he becomes the first winner of 2023. More importantly, he won his 8th PGA Tour title and earned $2.7 million dollars.

Rahm like his usual self, played with a high level of passion throughout the week. With a flurry of birdies and even an eagle as the day concluded, he went out and stole this tournament out from under Colin Morikawa.  Utilizing his putter and driver to great effect, he recorded a score of 10-under on Sunday and 27-under for the tournament.

While Rahm played exceedingly well, he got some serious help from Morikawa.  Morikawa looked to be the eventual winner and led by six shots to start the day.  However, thanks to some struggles with chip shots and a couple of poor swings, he would ultimately go on to have one of the biggest blown leads in the history of the PGA Tour.  Morikawa would finish in second place, two shots behind the lead.

Besides Rahm and Morikawa, the field of the Sentry Tournament of Champions was extremely strong. In fact, the field was limited to only those who won a PGA Tour event last year, or who made it to the Tour Championship. Tied for third place were Max Homa and Tom Hoge at 23-under par. Others who finished in the top 10 included the likes of Tom Kim, Scottie Scheffler, Tony Finau, and Will Zalatoris.

The next PGA event, The Sony Open, continues the Hawaiian swing. Last year’s winner Hideki Matsuyama will look to defend his title, and earn his 9th tour title. He’ll be up against a slew of other notables, including Jordan Speith, Sungjae Im, and Tom Kim.

Jon Rahm’s What’s In The Bag: