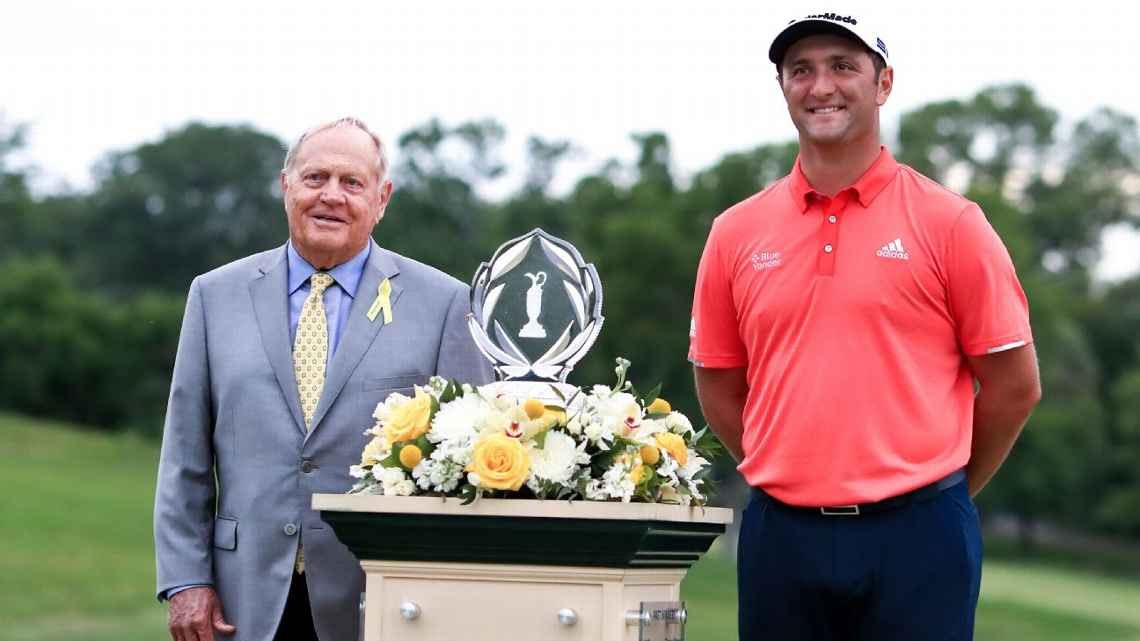 Dublin, Ohio – After back-to-back weeks at PGA Tour host venue Muirfield Village, Jon Rham coasted to his 4th PGA Tour win with a 3-shot victory at Jack’s place.  Even after a 2 hour weather delay during Sunday’s final round, Rham kept the petal down but a comfortable lead at Muirfield never seems to be safe.

Sunday morning, Jon Rahm had a four stroke lead yet with a scoring average of over 75, there was no easy wins.  Despite the difficult conditions, lightning fast greens, and tall rough, Rahm carded a 2-under front nine with no bogeys.  His playing partner Ryan Palmer managed to scrape together a 2-over on the front, just enough to stay in the hunt.   The back nine was a different story though.  Rahm struggled immediately with a bogey on 10 and double-bogey on 11 while Palmer went the other direction, closing in on the lead and only 4 shots back.  The tournament was all but over until Rahm missed the green left on 16.   In his attempt to address the ball, the camera angle caught his club slightly move the ball, seemingly unknown to Rahm.  The damage was done and despite holing out for birdie, he was later assessed a two-stroke penalty.  Fortunately for Rahm, it did not affect the outcome of the tournament.

Ryan Palmer would finish in solo second, good enough for a spot in the U.S. Open in mid-September.  The low final round went to Mathew Fitzpatrick who not only carded a 68 to get into solo 3rd, but the good finish also earned a spot into the U.S. Open at Winged Foot.

Playing in his first tournament back since COVID put a stop to the tour, Tiger Woods finished 6-over par in a tie for 40th despite making the cut.  Next week, the tour moves out of Ohio and into Minnesota to TPC Twin Cities to play the 3M Open.