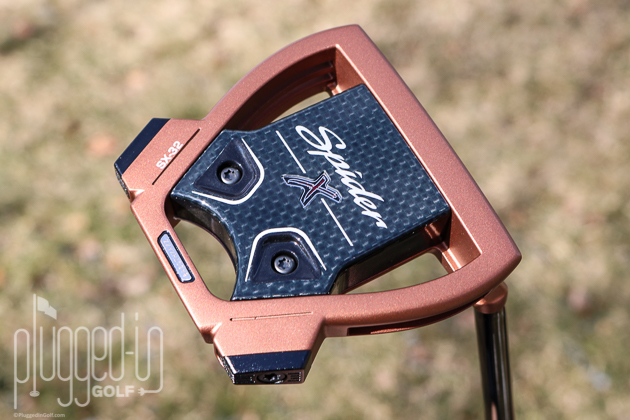 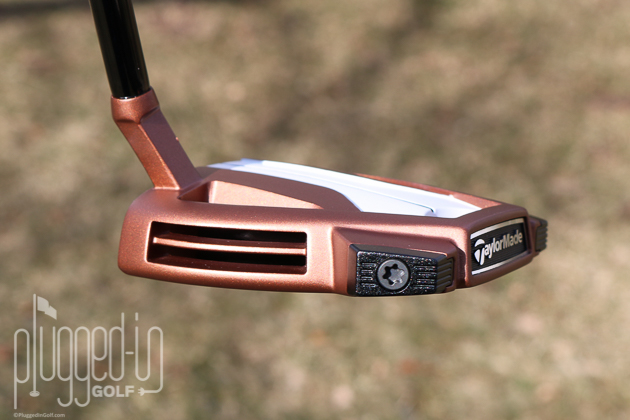 It’s hard to believe that it’s been ten years since TaylorMade first unveiled the Spider putter.  The reception was polarized then as it is now, but the success of the Spider brand is undeniable.  It’s been the #1 model on the PGA Tour and a frequent winner in the hands of players like Jason Day and Dustin Johnson. 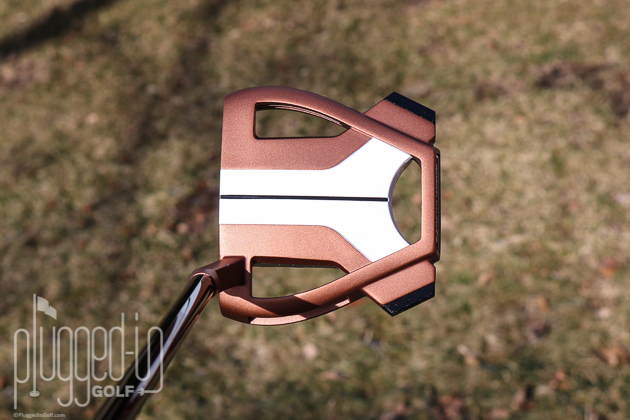 While the Spider X retains the shape and size of the classic Spider putter, the look is much more refined.  Gone are the round, rocket ship weight ports in the back.  There are still removable weights, but they blend into the overall shape of the club.

Ultimately, I look at the Spider X as the perfect evolution of the Spider.  It’s true to the original, so fans of the line will be happy.  At the same time, it’s different enough to appeal to a new audience.  I speak as one of those people: I appreciated the concept of the Spider but never enjoyed the look.  The Spider X, while outside my usual preferences, has a lot of appeal for me.

The Spider X is available in four different aesthetic packages.  The body comes in copper or navy, and players have the choice of a simple white sight line or True Path Alignment. 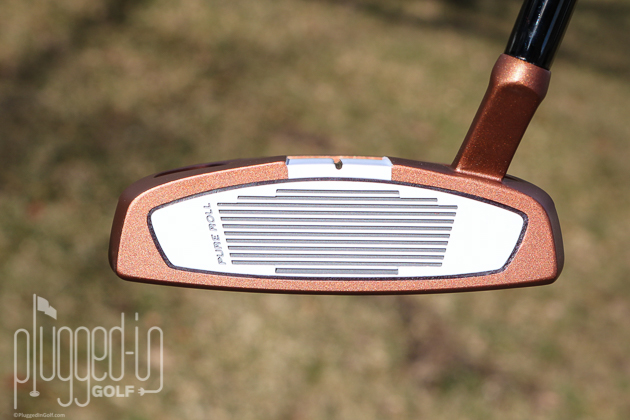 With a urethane-covered ball, the feel of the Spider X sits on the border of “thud” and “tock.”  It’s either the liveliest thud or the dullest tock.  Your choice of golf ball may push it to one side or the other.

When you strike the ball perfectly, there’s a slight crispness to impact that’s rare for an insert.  The new, thicker Pure Roll Insert feels as good as any in recent memory, and that’s coming from someone who isn’t normally a fan of inserts.

The one negative is that feedback is very minimal, but that should be expected with a putter like this.  You have to hit the extreme toe or heel to hear a higher pitched impact. 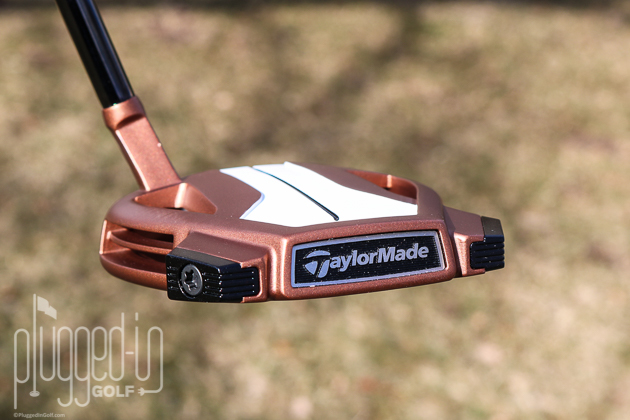 The Spider’s calling card has always been forgiveness, and that hasn’t changed with the Spider X.  This is at the head of the class when it comes to stability.  It requires an extreme mishit, with speed, to feel the Spider X twist at all.  Why do you need forgiveness in a putter?  Because the difference between making putts and missing can be fractions of an inch.  When your putter rolls pure strikes and mishits the same distance and doesn’t let the ball stray from the intended line, putting is easier.

The one caveat to all the above is that the putter needs to fit your stroke.  TaylorMade is making the initial run of the Spider X with two neck styles: a slant neck (seen here) and a single bend.  The slant neck produces a toe hang around 45 degrees, which will fit arcing strokes.  For players with less face rotation, the single bend option will likely be preferred.

Finally, I found the True Path Alignment surprisingly helpful.  Generally, I prefer a putter without alignment aids.  However, the True Path Alignment really appealed to my eye and made me feel confident in my set up.  I don’t know if it’s the shape of the aid, the bold contrast, or a combination, but for players that struggle with aim, it’s worth taking a look at. 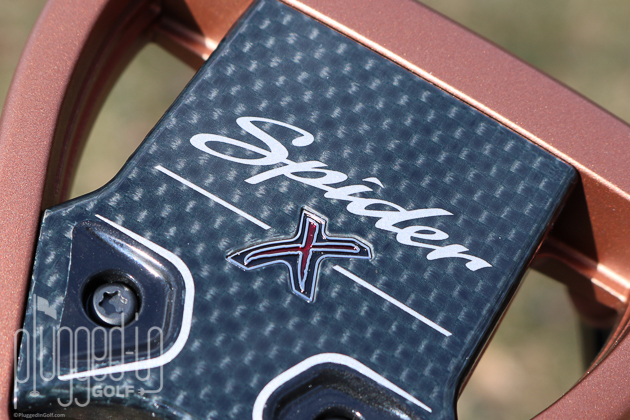 Whether you’re a longtime fan of the Spider or someone who never got on board, the TaylorMade Spider X putter is worth a roll.  The performance benefits of the original are still here, but the aesthetics are massively upgraded to appeal to a new audience.