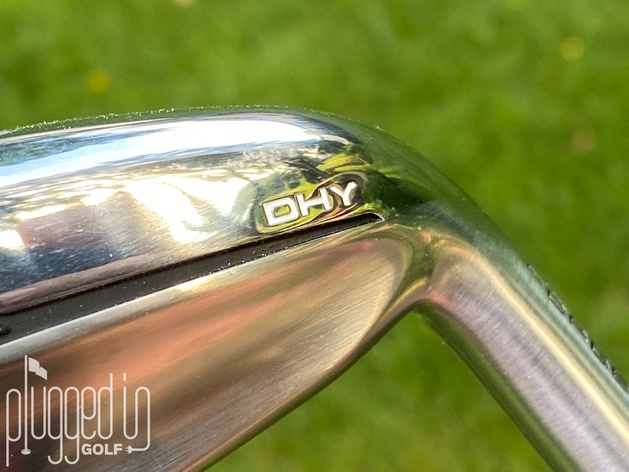 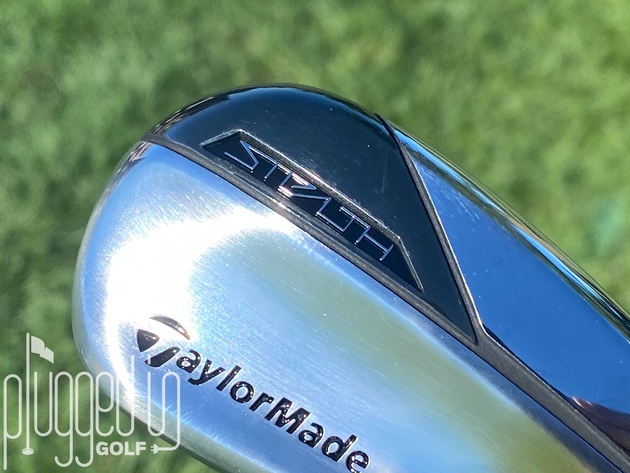 As we head into the home stretch of the 2022 golf season, TaylorMade is keeping the new equipment enthusiasm high with an expansion of the Stealth family.  The Stealth UDI (review coming soon) and the Stealth DHY make it easier to close the gap between your woods and your irons.  They also provide more options when you’re facing tight tee shots, long par 3s, or scoring opportunities on par 5s. 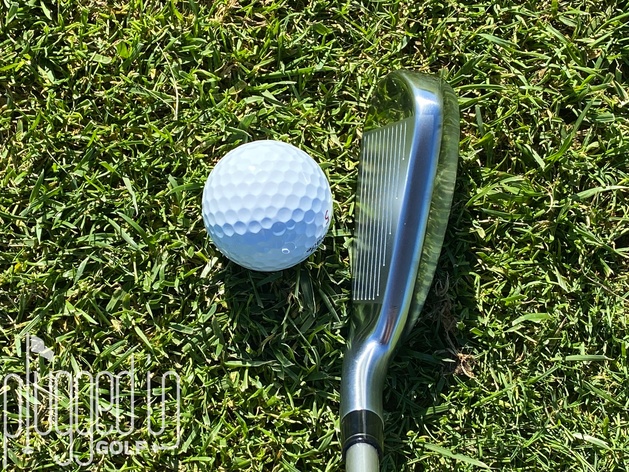 The TaylorMade Stealth DHY has the address look of a hybrid-iron or a super game improvement iron.  It has a long, oval-shaped face and thick top line.  The flange also sticks out beyond the top line.  Despite the larger size, the contrast between the chrome toe and heel and matte grooves frames the ball well and keeps the focus where it belongs.

Comparing the Stealth DHY to the Stealth UDI, the most obvious difference is that there is no “extra” beyond the topline with the UDI.  The UDI is also substantially shorter from heel to toe with a taller, more traditional face profile.  Both irons share a similar-sized top line, though the aforementioned “extra” will have many thinking the DHY is thicker. 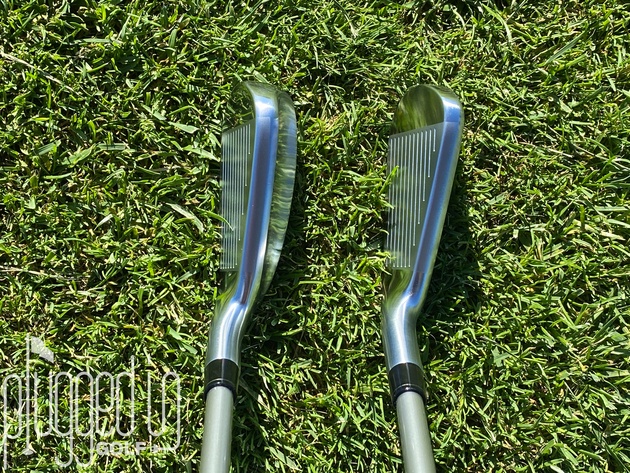 In the bag, the Stealth DHY lives up the name with a low profile appearance.  It mixes matte, chrome, and black finishes in a way that will blend in with your iron set.  The only color is a tiny splash of red on the weight in the sole.  Your opponents won’t know you’ve got a new weapon until you stick one close from long range. 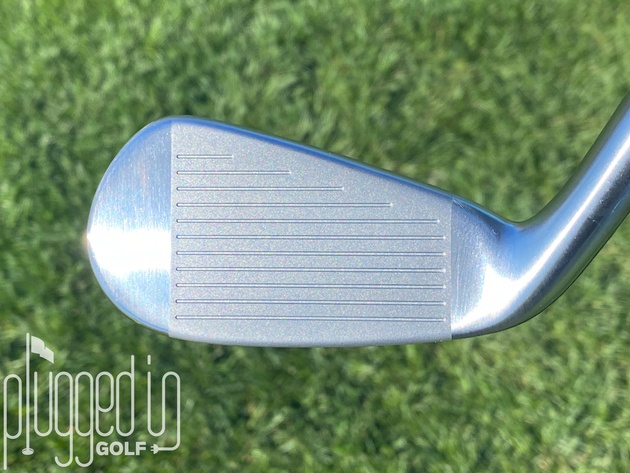 With its larger head, I assumed the TaylorMade Stealth DHY would be fairly loud at impact.  However, even with range balls, the Stealth DHY is very quiet.  The sound – a lower-pitched “thud” – actually brought to mind a persimmon wood.  Pure shots have a little more crispness in the sound, and mishits are a touch duller.

This traditional sound pairs well with the solid feel.  The DHY feels like an iron, not a high tech hybrid.  Feedback through the hands is similar to the sound – clear but not obvious.  If you’re paying attention, you’ll easily discern good strikes from bad, but mishits won’t scream or sting your hands. 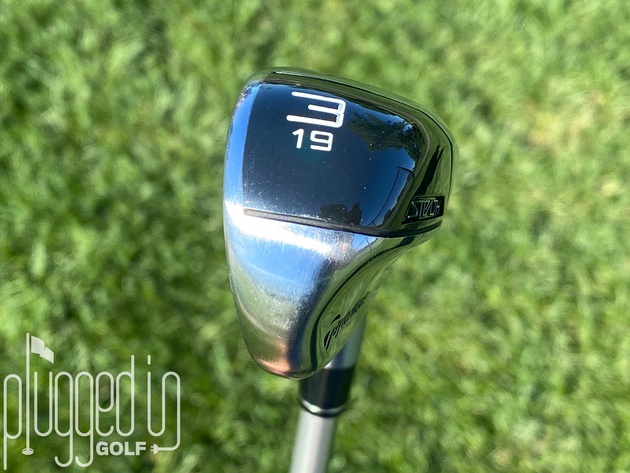 From the hybrid side, the Stealth DHY gets its forgiveness and ball speed.  At this end of the bag, we all can use more of both.  On a pure strike, smash factors can get into the mid 1.4s which will help to create meaningful distance gaps.  When you miss one, you’ll get a lot more speed and distance than you would with a traditional 3I.  Similarly, the launch angle is a bit higher than a standard iron and very consistent.  The Stealth DHY has a lower CG and Thru-Slot Speed Pocket to keep those thin strikes playable. 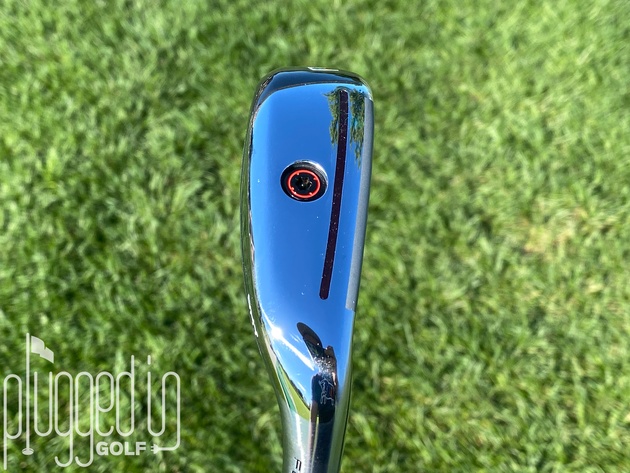 On the iron side, the Stealth DHY produces a strong ball flight and good spin numbers.  Despite looking hybrid-like, the Stealth DHY fires the ball on a piercing trajectory.  If you hit hybrids too high, this club is a must-try.  Those strong launch angles are paired with just enough spin to hold a green on a long par 3.

As good as all that is, what I like best about the Stealth DHY is the distance consistency.  This club is long, but it’s not a thoughtless bomber.  My best shots all carried within about five yards of each other.  There were no outliers that flew ten yards longer than expected nor any good strikes that didn’t go anywhere.  This kind of consistency will boost your confidence on the long approaches where you need it most. 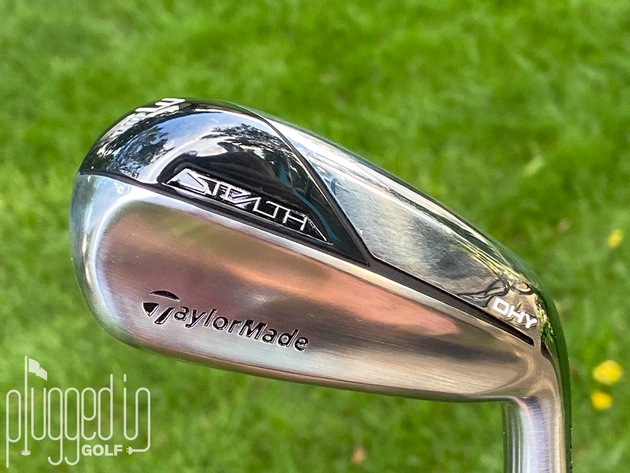 Whether you use the TaylorMade Stealth DHY to replace a couple long irons, a misbehaving hybrid, or even a fairway wood, you’re going to love the consistency and strong ball flight.  While I’d suggest that higher handicap players get the extra forgiveness of the Stealth Rescue [review HERE], mid to low handicap players will appreciate the versatility and shot making made possible by the DHY. 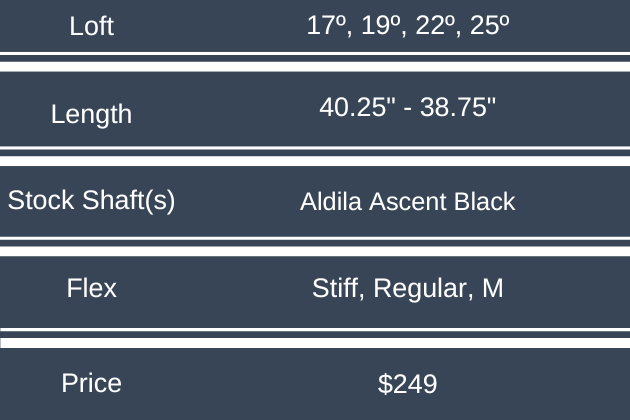