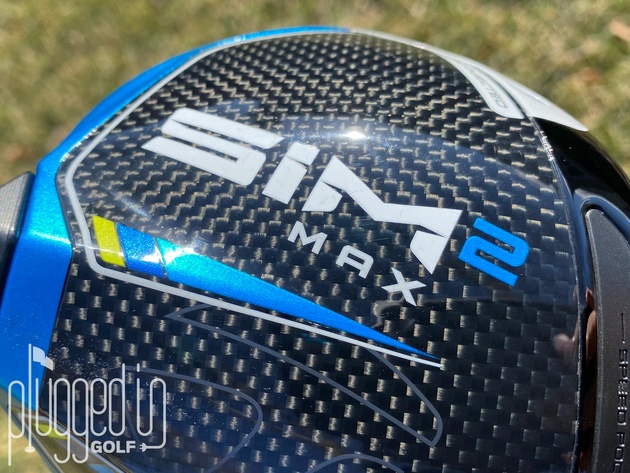 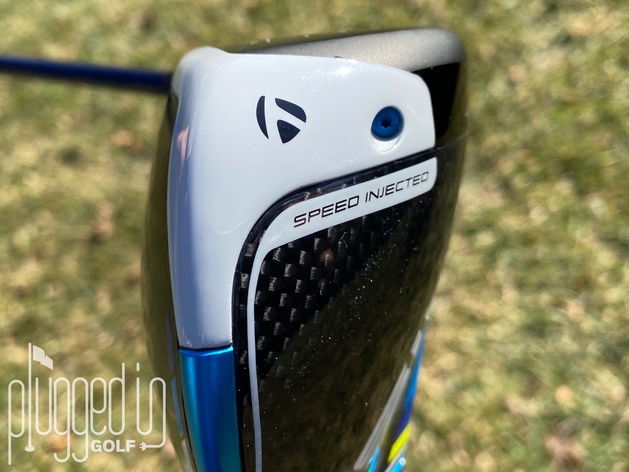 “Max” seems to be the name of half the new drivers in 2021, and it can lead to a lot of confusion about what clubs are meant for what players.  We’re here to clear that up.  In the new TaylorMade line, Max designates the more forgiving options.  This review focuses on the SIM2 Max driver, the model that will be the best choice for the majority of golfers. 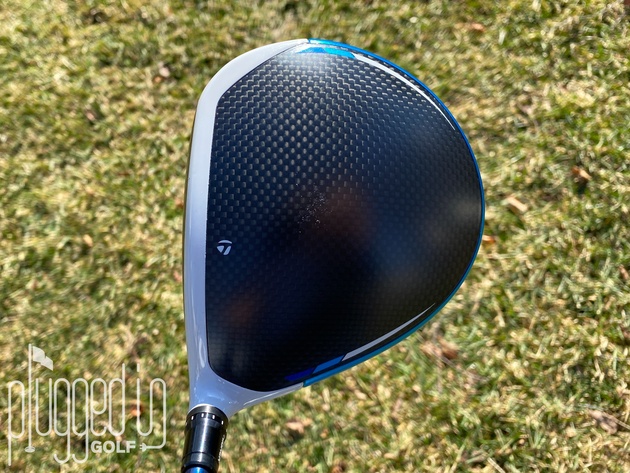 Over the last few generations of drivers, TaylorMade has established a signature look.  The carbon crown with a ribbon of contrasting color at the leading edge is immediately recognizable as TM, with or without the logo.  To me, the SIM2 Max is among the best versions of this look that they’ve done.

In comparison to the SIM2 driver [review HERE], the SIM2 Max is longer from front to back with a slightly shallower face.  These differences aren’t huge, but they’re noticeable when the drivers are next to each other.

When it’s in the bag, the SIM2 Max looks identical to the SIM2, save the “MAX” underneath the SIM2 branding.  Those with a keen eye will notice that the weight is slightly closer to the heel in the SIM2 Max. 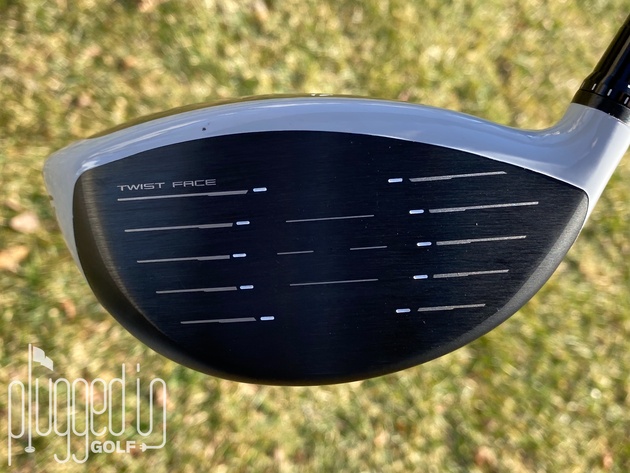 If you read my review of the SIM2 driver, you know that I love the feel of that club.  When I picked up the SIM2 Max, I was afraid that I would be let down – often the “players” driver feels substantially better than the forgiving one.  I was pleasantly surprised to find that the SIM2 Max driver has the same exceptional feel as the SIM2.

Striking a golf ball with the SIM2 Max feels incredibly solid and produces a mid-pitch “crack.”  The sound is good, but it’s the feel that makes this club so much fun to hit.

Despite being a forgiving head, the SIM2 Max driver does provide good feedback through the hands.  If you pay attention, you’ll have no issue determining where the ball met the face.  One small, surprising difference between the SIM2 Max and the SIM2 is that I found more audio feedback in the SIM2 Max. 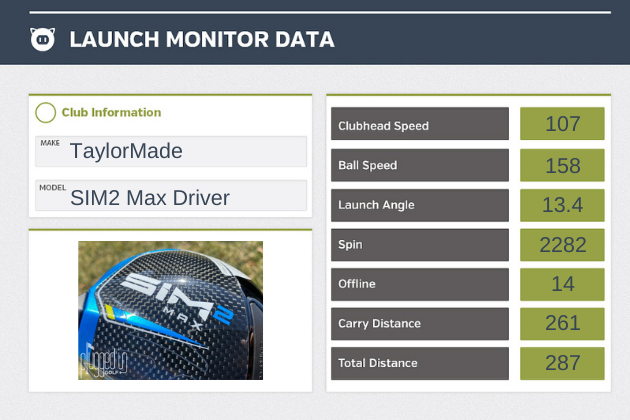 Reading through TaylorMade’s lit on the SIM2 drivers paints a clear picture of the SIM2 Max.  It leverages all the same tech as the SIM2 – Speed Injected Twist Face, Forged Ring Construction, SIM Inertia Generator – and both are the maximum allowable 460 cc.  The differences are that the SIM2 Max is billed as “Mid Launch” instead of low, and “Highest Forgiveness” instead of high. 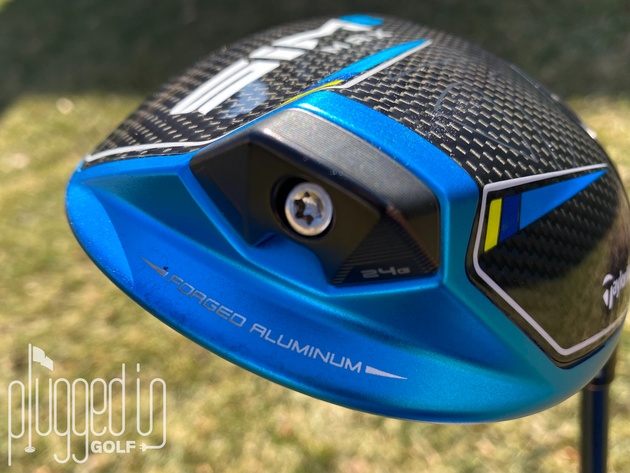 I’d like to tell you that I uncovered something dramatically different in my testing, but I didn’t.  The SIM2 Max driver is exactly what TaylorMade claims: a more forgiving, higher launching version of the SIM2 (number lovers rejoice, you can compare the LM numbers in this review apples-to-apples with those in the SIM2).

Both of the changes from the SIM2 were beneficial for me.  The added forgiveness led to a small uptick in average ball speed.  A higher launch angle and slightly higher spin also added a little to my carry distance averages.  The differences weren’t huge, but over a larger sample size I think they might grow.  It’s also worth stating again that I am a fairly low spin player, so you may see larger spin differences between the two SIM2 driver heads. 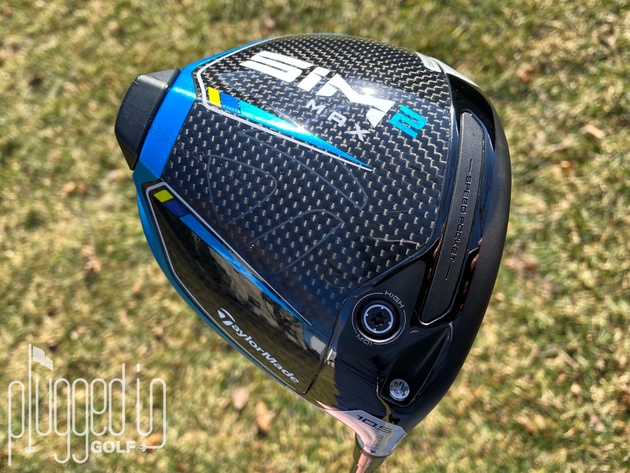 Golfers are often torn between the driver they want and the driver they need.  By putting the exceptional feel of the SIM2 into the SIM2 Max, TaylorMade has made it easy to make the smart choice of taking more forgiveness. 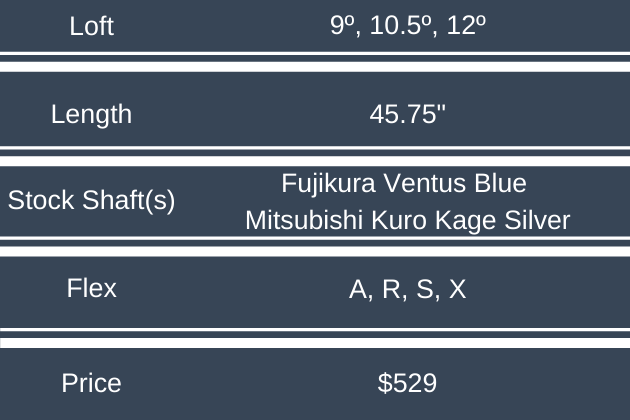