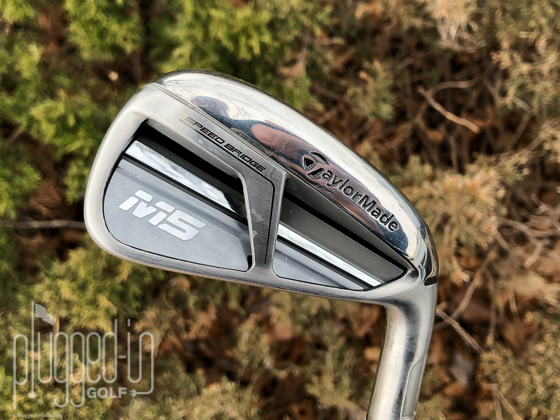 Taylormade’s SpeedBridge technology is one that really makes sense.  The “bridge,” used in both the M5 and M6, spans the width of the iron cavity and is used to lessen vibration at the point of contact.  This creates higher ball speeds over previous M series irons.  The M5 adds this technology to a thinner iron than the M6 and is designed for the better player looking for a more conventional iron head shape. 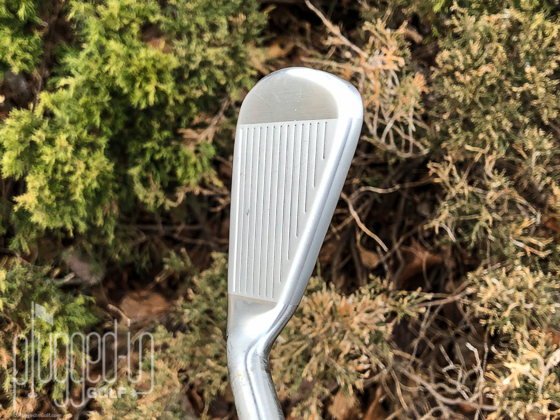 Opposite of the M6, the M5 color scheme is more subtle.  The black and grey adds sleekness over the red tones of the M6.  The leading edge in the M5 is much sharper than the M6, setting up square to the ball at address.

The top line isn’t too bulky or obtrusive, and the biggest surprise in this iron is the minimal offset.   It actually looks less like a GI iron and more like a players/GI hybrid.  These are ideal for the player who lacks consistency but still wants that players iron look. 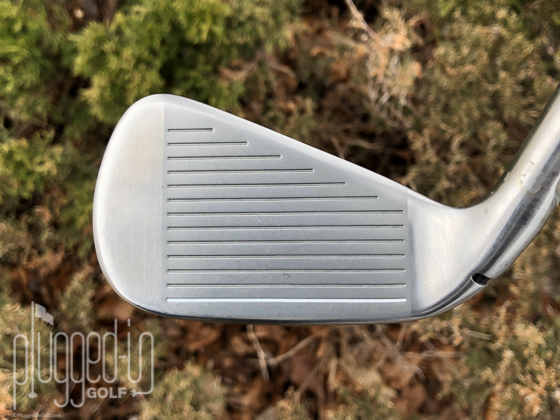 Whether it was center face contact or a mishit, every shot felt like it jumped off the face.  The feedback on toe or heel strikes is stronger than on the M6 irons, but it still felt extremely forgiving.

The sound is slightly muted – low in tone no matter the location of ball contact.  Hearing such solid sounds boosted my confidence the more time I spent hitting this club. 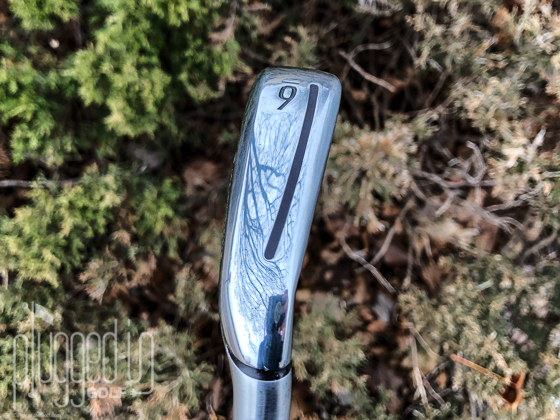 Similar to the M6, the M5 is a higher spinning iron – a trait which is combated by adjusting the lofts down.  The pitching wedge loft is set at 45 degrees which is closer to a traditional loft setup compared to the M6.  I enjoyed hitting these irons for that reason.  I gained almost a club with the M5s over my current players irons.

The M5’s wide sole can help on imperfect strikes, especially when you make contact with the ground first.  Like many GI irons, the benefits of high spin/low lofts can be especially useful to cut through rough or any other bad lie but still hold a green.  The spring-like effect at impact helps get balls airborne quickly and with little effort. 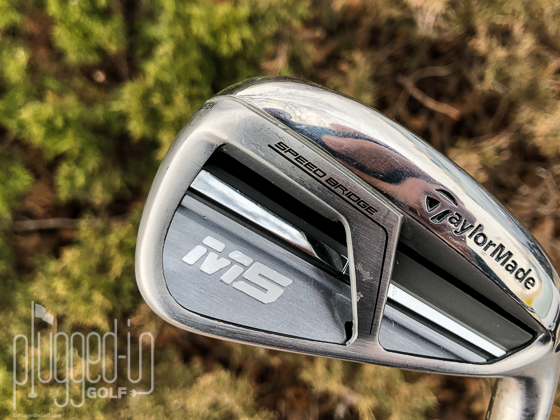 The M5 irons are for the player who likes the look of a players iron but still needs a little more help.  Minimal offset, cleaner lines, and loads of forgiveness highlight the Taylormade M5 irons.  Loft-jacking aside, these irons pack a punch and can launch the ball for any level player. 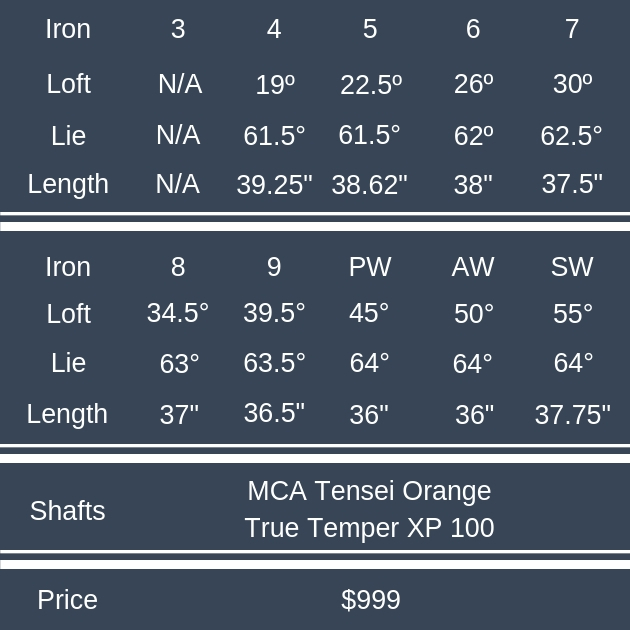