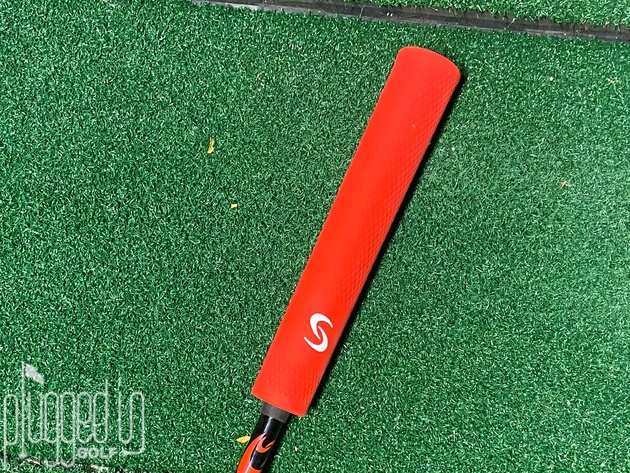 The SuperSpeed Squeeze is a grip trainer built to be used on a golf club.  An effective, proven method for building grip strength and gaining speed.

Grip strength is the most overlooked element of improving your swing speed.  There’s plenty of talk about firing your hips and strengthening your core, but most golfers ignore the thing that actually connects them to the club.  Why is grip strength so important?  Because the club can exert as much as 100 pounds of force during the swing, trying to rip itself out of your hands [more on that HERE].

If you want to beef up your grip to maximize your swing speed, the SuperSpeed Squeeze may be the perfect addition to your training routine. 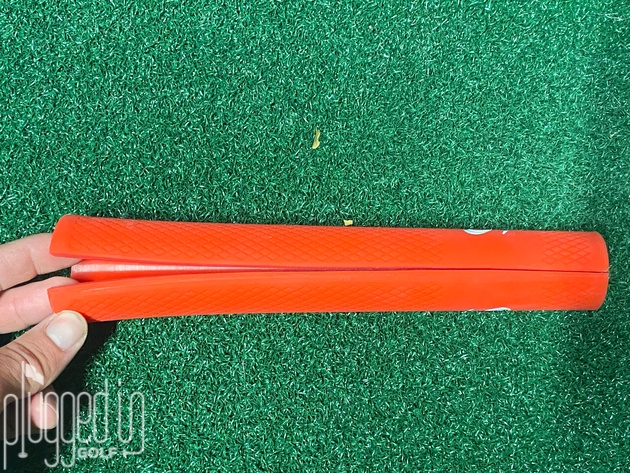 The SuperSpeed Squeeze is essentially a slightly squishy, oversized grip that’s cut on one side.  To use it, peel it open, and put it over your club’s grip.  Now you’re ready to go.

SuperSpeed provides a simple training protocol with the Squeeze.  There are videos, too, but the exercises are intuitive.  A full training session takes only 15 minutes.

Oversized grips are nothing new in the world of strength training.  There are loads of products that give dumbbells and barbells “fat grips”.  This is because it’s a scientifically proven method for building stronger hands.

SuperSpeed has shown that this method also works for enhancing swing speed.  In several studies, just four weeks of “fat grip” training have been shown to add 2 MPH of swing speed and boost distance by over 5%.

If you’ve never done strength training with an oversized grip, you might be thinking, “What’s the big deal?”  Those that have know that the larger grip changes everything.  You can probably hold on to a standard golf grip all day, but doing an extended hold with the Squeeze will have you feeling the burn.

Whether or not you will see swing speed gains from the Squeeze depends on your situation.  Personally, the grip is not the weakest link in my speed chain, so training with the Squeeze did not result in higher speed for me.  However, for golfers who don’t regularly strength train, the Squeeze can unlock meaningful gains. 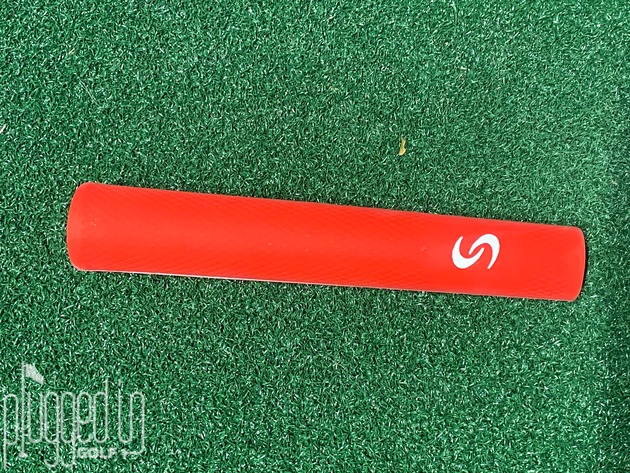 Just like most fitness or swing speed trainers, the SuperSpeed Squeeze is average in terms of longevity.  On the plus side, the protocols only take 15 minutes and can be done anywhere.  The Squeeze itself is small and light, so it can go anywhere.  However, there’s nothing inherently fun or gamified about using it.  You’ll also need to train with it for a few weeks before seeing results.

The SuperSpeed Squeeze retails for $50 HERE.  If you’re new to speed training, you should start with the SuperSpeed Training System [review HERE], but if you’re already a veteran of that and want to add something new, the Squeeze is worth it. 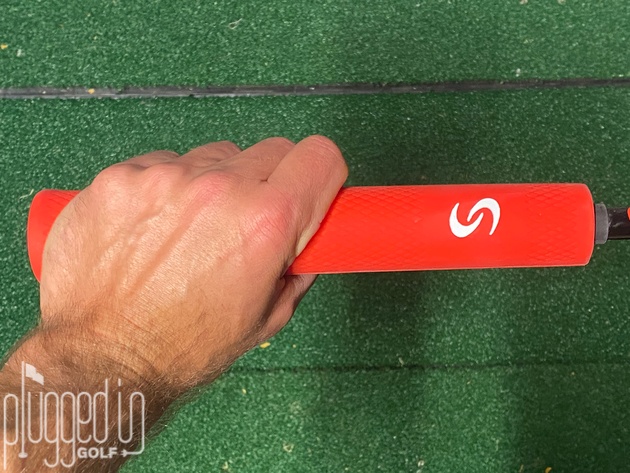 SuperSpeed is on a quest to make every golfer faster, looking at every aspect of the swing for potential gains.  The Squeeze is a great product for players who want to get everything they can from their swing, and it’s especially vital for those that don’t currently strength train.