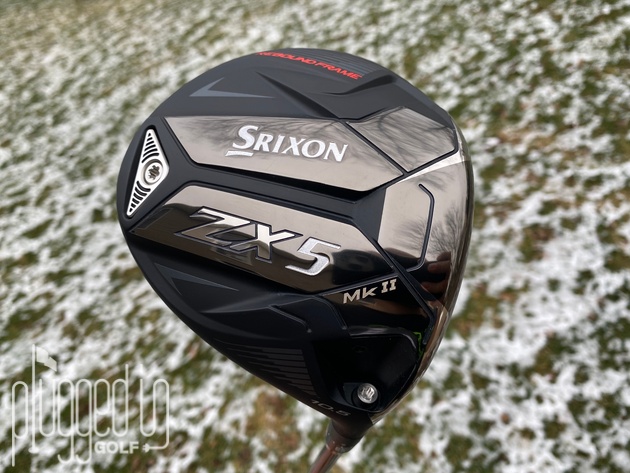 The Srixon ZX5 Mk II driver is a forgiving, straight option off the tee.  Solid adjustability options.  Higher spin players should look to Srixon’s other drivers. 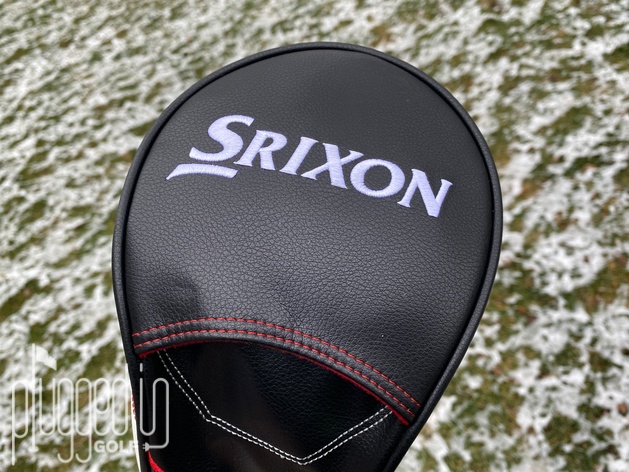 Over the last few years, Srixon has been making a strong push into the consciousness of better golfers.  Their last generation of woods included a major winner, the original ZX5 [review HERE].  For 2023, Srixon is offered a new and improved version, dubbed the ZX5 Mk II.  I tested one to see how it stacks up against the original. 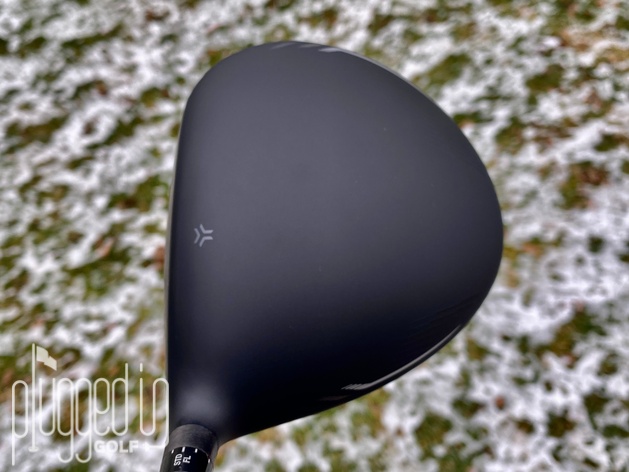 The first major change for the Srixon ZX5 Mk II driver is the look at address.  Where the previous version had a gloss black, carbon fiber crown, the new one is matte black.  The alignment aid is small and discreet and shaded toward the heel of the club.  In terms of shape, the ZX5 Mk II is fairly long from front to back with a shape that favors the toe side slightly.  The face is not particularly tall which enhances its length from heel to toe. 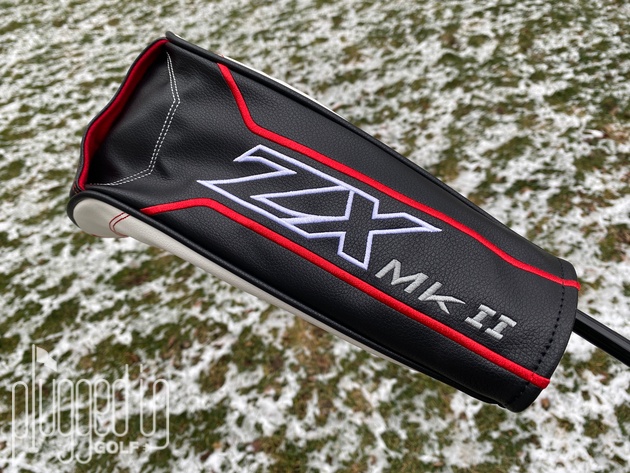 In the bag, the ZX5 Mk II sports a classic black/silver/red color scheme and very sharp graphics.  The sole is black on black with the raised elements in a glossier finish.  Bold branding covers the middle of the head in silver.

The ZX5 Mk II also sports one of the better looking stock head covers.  Red, white, and black always pop, and I like the bold branding across the top and front.  Srixon gets extra functionality points for the “handle” at the top. 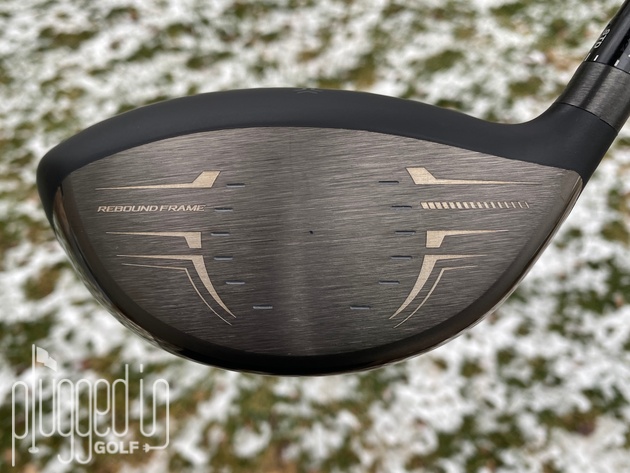 The Srixon ZX5 Mk II driver also got a dialed down impact sound.  At contact, there’s a staccato “pop” that’s below average in volume.  This meshes well with the feel of impact which is more solid than explosive.

This driver provides good feedback through the hands and ears, but the former is more obvious.  Mishits sound a bit sharper than pure strikes, but the overall low volume makes this easy to miss.  The sensation in your hands isn’t as easy to ignore – you’ll feel it when you strike the heel or toe. 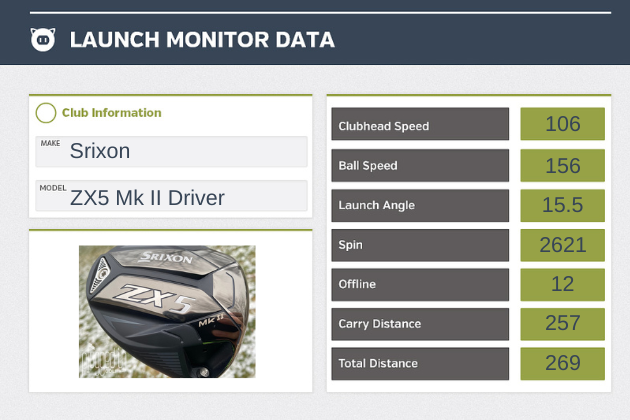 Most of the technical talking points around the new Srixon ZX5 Mk II driver are about speed, but that’s not what grabbed my attention.  What stood out to me was that this driver is extremely easy to hit straight.  The ZX5 is Srixon’s max forgiveness driver with “low” workability.  When the ball just wants to fly down the middle of the fairway, who needs to work it?  Srixon bills this driver as “Straight-Draw,” but I did not notice the draw bias in my testing. 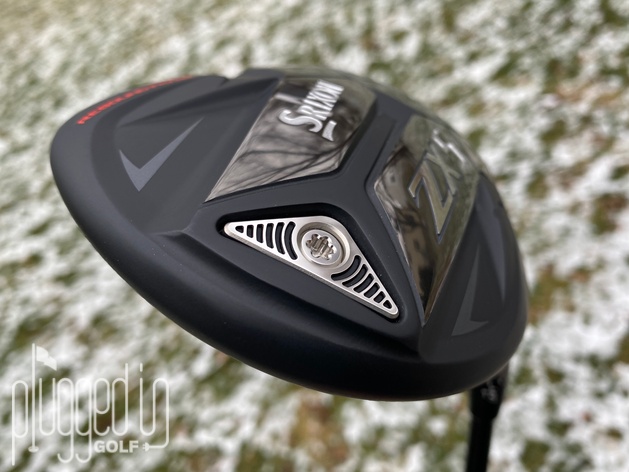 When the low dispersion numbers became routine, the ball speed put a smile back on my face.  Srixon’s main focus in this driver is the Rebound Frame.  They compare this technology to “a spring within a spring” that boosts ball speed across the face.  From the start of my testing sessions to the end, and from poor swings to good ones, I saw very high smash factors.  Only my worst swings dipped below 1.45.  That kind of consistent ball speed makes distance predictable and course management easier.

Digging into the numbers further, I noticed that the ZX5 Mk II driver is one of the higher launching and spinning drivers I’ve tested.  As a low spin player, the numbers I posted were still quite good.  Some people might actually prefer these to what I normally see.  For players who generate more spin, Srixon has the ZX7 and ZX5 LS drivers. 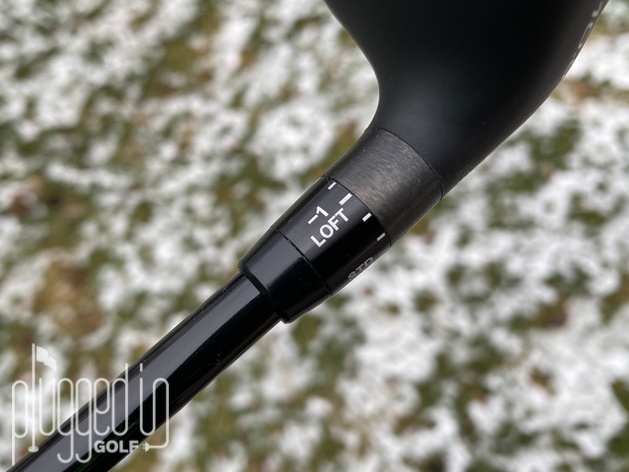 Finally, this driver offers players two ways to tune the performance to fit their needs.  First, there’s an adjustable hosel with twelve positions.  Across these settings, you can add or subtract one degree of loft, remove as much as two degrees of lie angle, and change the face angle across four degrees.  Additionally, there is a removable weight at the rear of the club head.  The stock weight is 8 grams, but you can go as low as 2 grams or as high as 14 grams in 2 gram increments.  This allows you to add or subtract up to three swing weight points to accommodate different grips, shaft weights, or playing lengths. 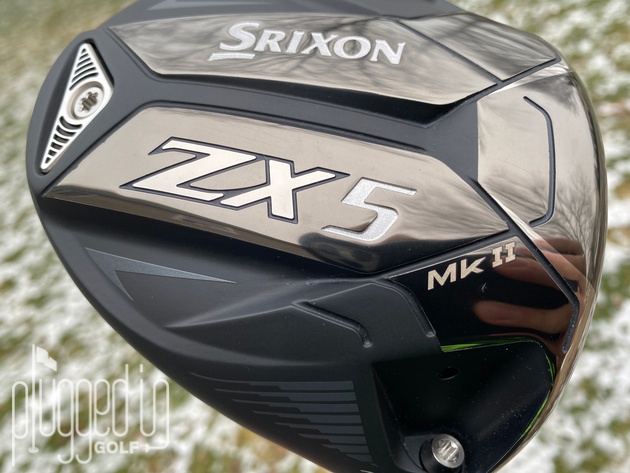 The Srixon ZX5 Mk II driver improves on the original in meaningful ways without losing what I praised about the original.  Between the adjustability and the forgiveness, this is a driver anyone can play.  The looks and feels have broad appeal, and no one is going to complain about launching more tee shots down the center of the fairway. 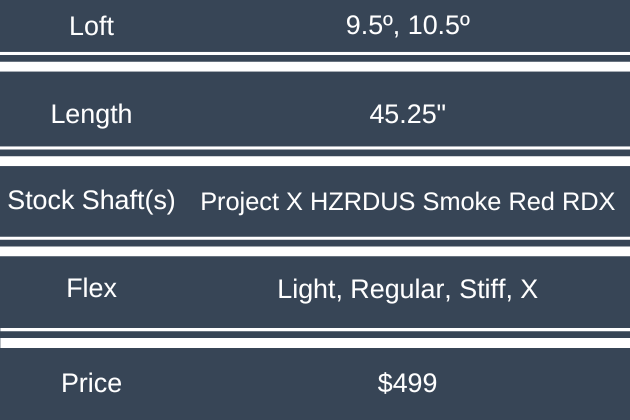