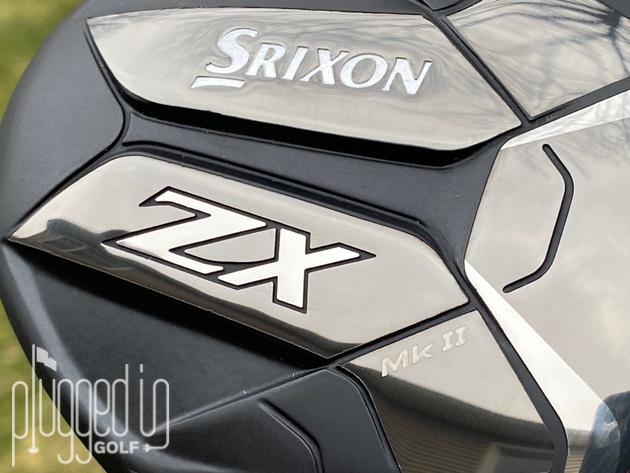 The Srixon ZX Mk II fairway wood is low spinning and easy to elevate off the turf.  A rare combination that will make long par 4s and 5s more playable.  Great sound. 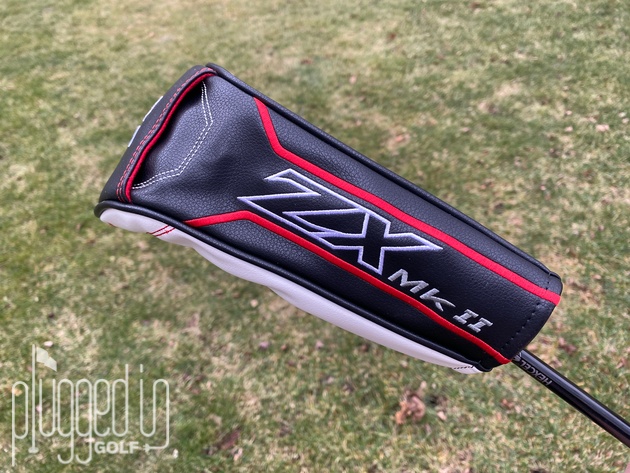 As club fitting continues to become more common in golf, we’re seeing OEMs offering more and more models.  It’s not uncommon for one maker to have three fairway woods targeted at different types of players.

Srixon is taking a different approach with their ZX Mk II line, offering just one fairway wood.  Is it possible for one club to cover a wide variety of players, or is Srixon missing out on a segment of golfers?  Let’s find out. 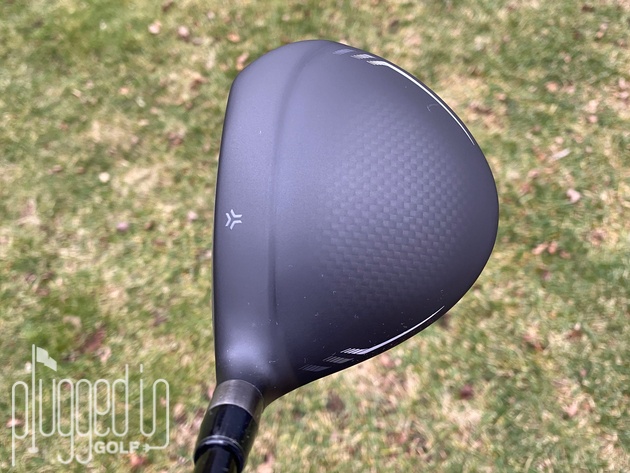 In the bag, the Srixon ZX Mk II fairway wood is a miniature version of the the ZX5 driver [review HERE].  The sole is a mixture of gloss and matte black with prominent silver branding across the center.  There aren’t many words or colors, but the busy geometric elements keep your eyes engaged.

At address, the ZX Mk II FW has a slightly triangular shape and a moderate size.  More attention grabbing are the Crown Step and the use of carbon fiber in the crown of the 3 and 3+ models.  The face looks a little shorter than average, which – combined with the “flatter” leading edge – makes it very appealing to hit off the turf. 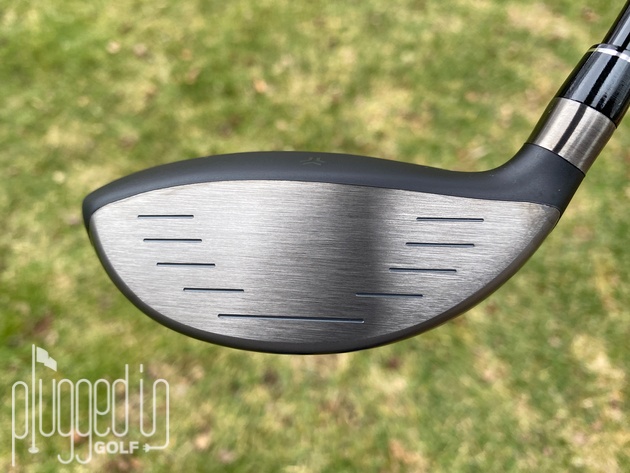 After a handful of swings, I led off my testing notes by simply writing, “Great sound.”  The Srixon ZX Mk II fairway wood produces a big, round metallic “thwack” that sounds immensely powerful without shattering your eardrums.  As much as I like the prototypical fairway wood “tink,” I think I like this even better.

The sound of impact overrides the feel.  Striking a premium ball feels a little fast and a little solid.  It’s a very middle-of-the-bell-curve feel that isn’t bad, but it takes a back seat to the sound.

Those roles reverse when it comes to feedback.  The sound of impact is robust.  You can strike it fairly badly and still get an inspiring tone.  Your hands, however, will give you a pretty good idea about the quality of the strike. 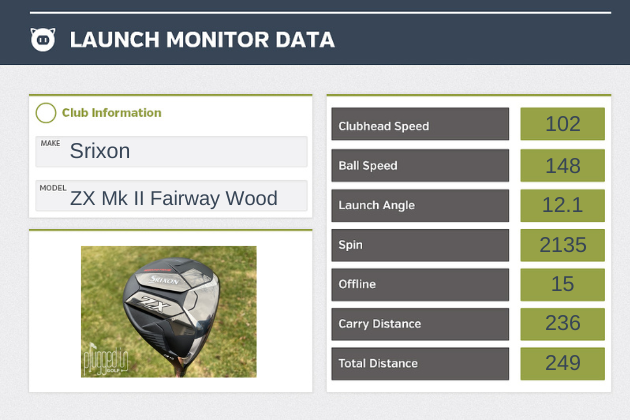 Before I got to hit the Srixon ZX Mk II fairway wood, I got a report from a few of my club fitter friends.  The primary thing that they noted was that, just like the original ZX fairway wood [review HERE], the ZX Mk II FW has low spin.  As someone who is naturally low spin and has some difficulty elevating fairway woods, I got a bit nervous about how my testing would go.

When I set up to make my first swing, I couldn’t help but note how good this club looks behind the ball.  The triangular shape makes the head look more compact, and the shallow face inspired a ton of confidence for getting the ball airborne off the turf.  That confidence was enhanced when my first swing produced a launch angle of 12 degrees – very high by my standards. 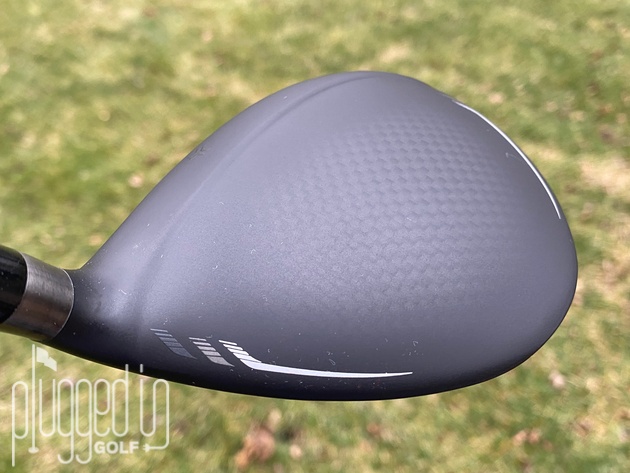 That high launch angle persisted throughout my testing.  Every good shot was around 12 degrees, and even my poor swings launched over 10.  Higher launch is hugely important for producing long carry distance, and it’s the result of two key technologies.  First, Srixon uses a carbon fiber crown in the 3 and 3+ woods to lower the CG.  They also incorporated a Crown Step to lower the CG further, making it easier to get the ball in the air.

Another thing the ZX Mk II does well is create ball speed.  Srixon’s Rebound Frame makes this club fast on center and off.  My best swings created smash factors in the high 1.4s, but even my poor swings were at 1.41 and above.

Finally, my findings about the spin matched what I was told by my club fitters.  This is definitely a low spin, long distance weapon.  My good swings produced spin that was consistently in the very low 2000s.  This had my fairway shots flying like drives – long, piercing, with plenty of roll out.  The only exception is that thin strikes do produce much higher spin – I saw my spin numbers jump to over 3000 RPM on bottom groove shots. 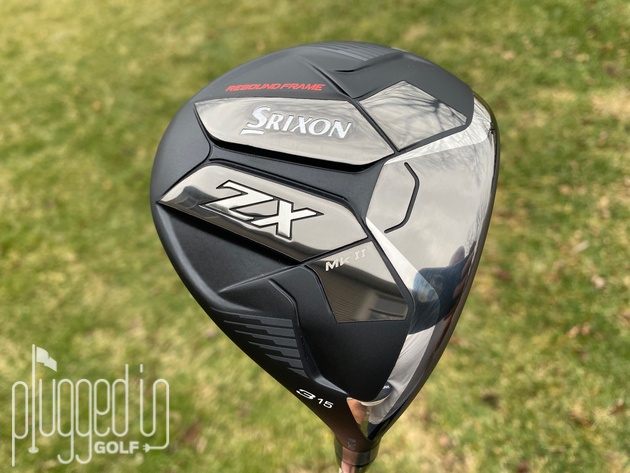 Is the Srixon ZX Mk II fairway wood the one FW for every golfer?  It’s not a crazy notion.  This club is easy to elevate and has plenty of forgiveness.  Players who generate less speed and spin might want to consider the 18 or 21 degree options to maximize their distance, but this is a club almost every golfer should try. 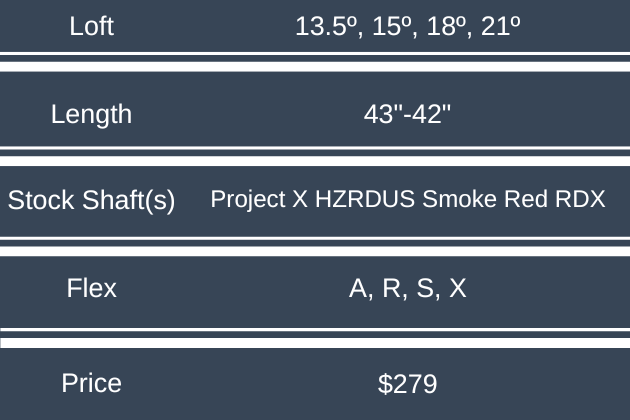