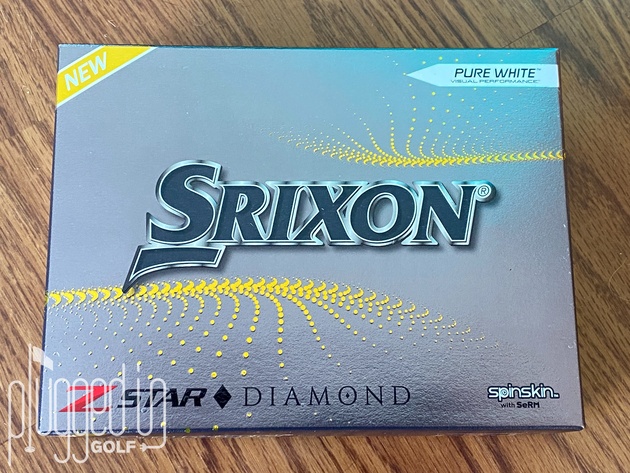 Srixon’s premium golf ball started 2021 with a bang, winning the year’s first major.  They’re starting this year with a different kind of excitement: the announcement of a third Z-Star golf ball.  In this review, I’ll break down what Z-Star Diamond brings to the game. 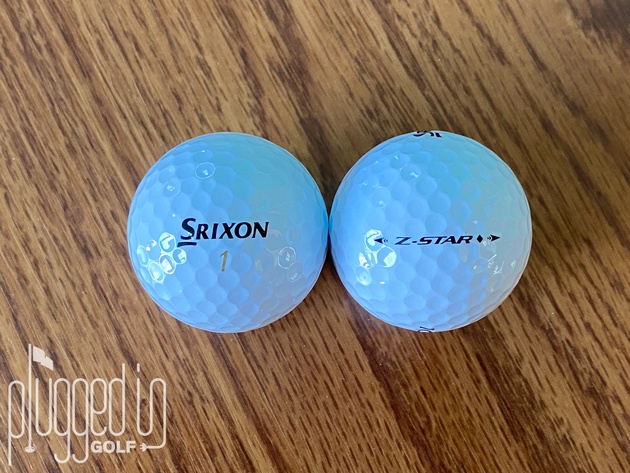 Srixon rates the Z-Star Diamond as “Soft” which is the same as the Z-Star XV.  The standard Z-Star is rated as “Softer.”

On the greens, I found the Z-Star Diamond nearly indistinguishable from the Z-Star XV.  Both are noticeably firmer than the Z-Star.  For those that really want to pick the smallest nits, the sound of the Diamond off the putter is fractionally lower pitched than the XV.

From the wedges through the driver, I found it impossible to feel or hear a difference between the Z-Star Diamond and the Z-Star XV.  The standard model can be picked out as being a bit softer if you’re paying close attention. 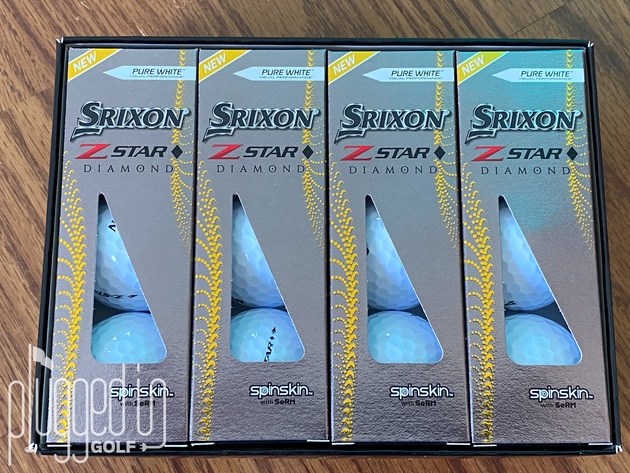 In the short game, Srixon rates the Z-Star Diamond as having spin between the Z-Star and XV.  They state that the Z-Star has “Highest” greenside spin with the Z-Star XV being simply “High.”

In my testing, I found very modest differences between the three models.  On long pitches and near-full wedges, the difference was not more than a couple hundred RPM.  Though the margins were small, I did see the same order as Srixon, with the Z-Star spinning the most.

This tight grouping in short game spin is probably a positive for most players as it allows you to get your preferred long game performance without sacrificing short game control.  For the few players who want less wedge spin, the Z-Star family may not be for you. 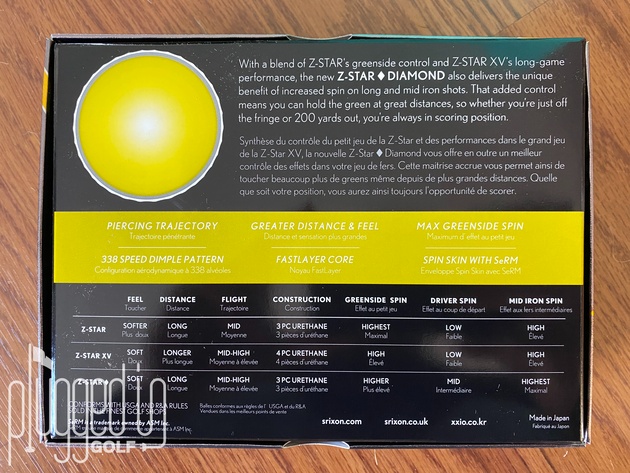 In the long game, the three Srixon Z-Star golf balls separate themselves more clearly.  During iron testing, the Z-Star Diamond produced about 10% more spin the other two.  I did not see a meaningful difference between the Z-Star and Z-Star XV.

That same gap was present in testing with the driver.  Srixon states that the driver spin from the Z-Star and Z-Star XV is “Low,” and my experience is that they are two of the lower-spinning Tour balls.  The Z-Star Diamond is noticeably higher spin off the tee.  This will make it a good choice for low spin players and those who want to shape their drives.  It might also work well for those who strongly favor carry distance over roll. 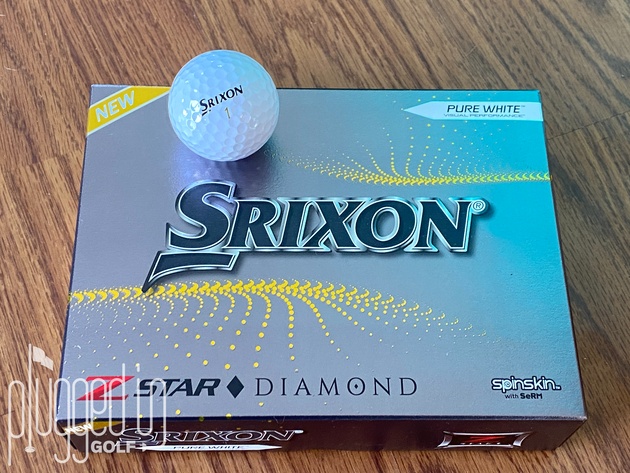 Srixon staffer Brooks Koepka has found his new gamer with the Srixon Z-Star Diamond.  If you’re seeking elevated spin off the tee and in your approach shots, this might be a great choice for you as well.