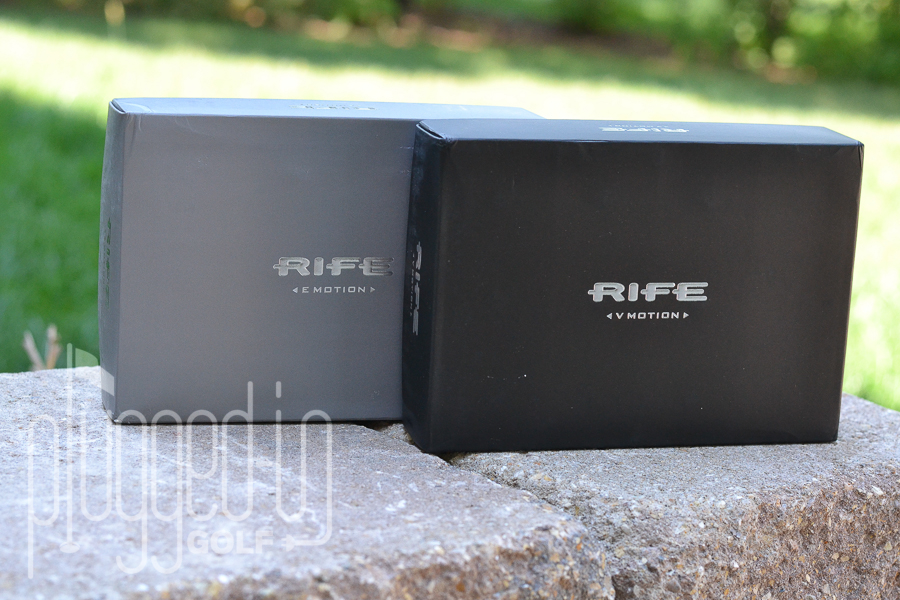 The V-Motion offers tour-caliber performance without the tour-caliber price tag.  The E-Motion is a solid choice for all levels of golfers. 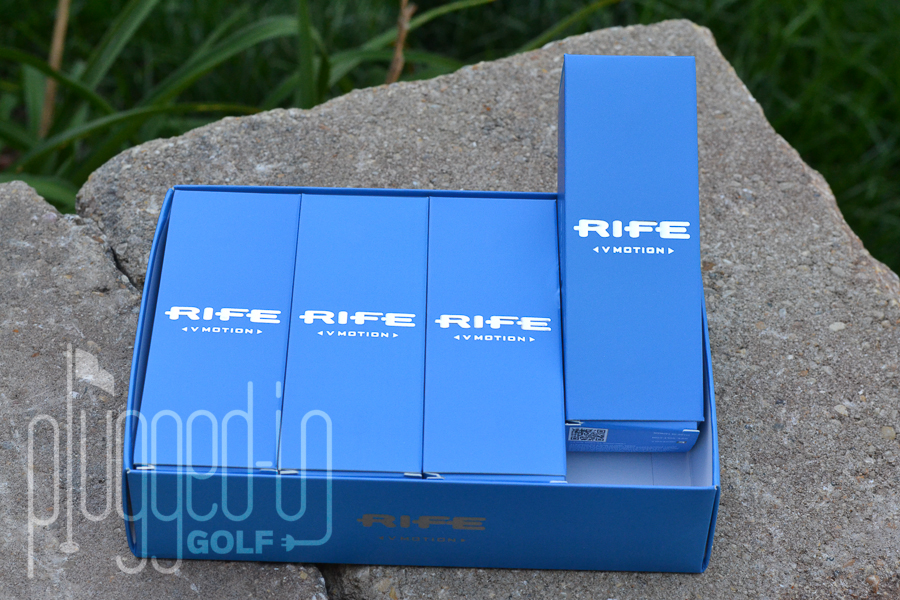 This time, however, it’s different.  By bringing back the E-Motion and V-Motion golf balls, formerly made by Innovex, Rife is bringing the surprise (and fun) back to golf ball reviews.  You might ask, “What could be surprising about golf balls?”  Answer: a ball with tour-caliber performance for under $35/dozen. 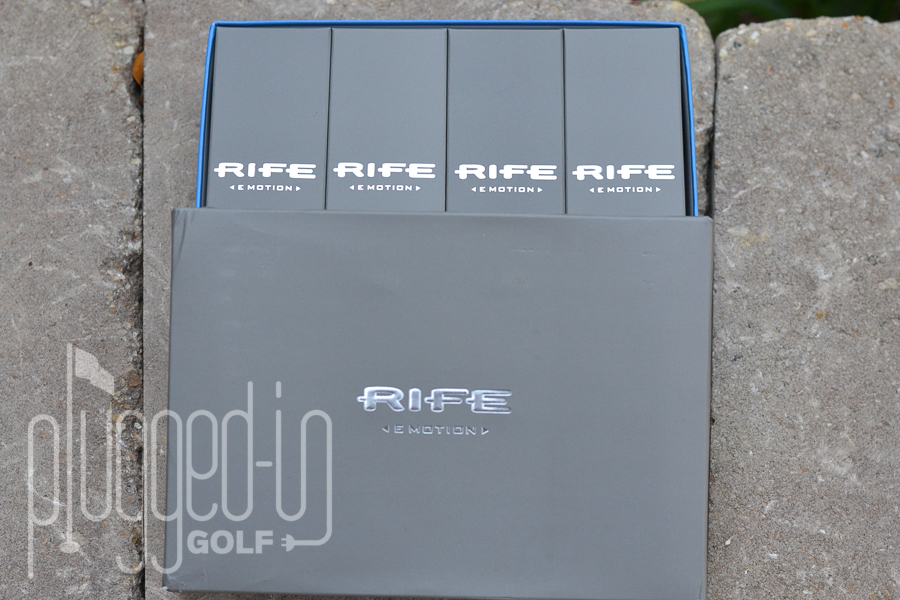 With its urethane cover, the V-Motion is softer than the surlyn-covered E-Motion, but they’re not as distinct as you might guess.  The V-Motion has a feel similar to a Pro V1: definitely tour-ball soft, but not a total marshmallow like TaylorMade’s Penta or Lethal.  The E-Motion is one of the best feeling non-urethane balls I’ve tried.  It offers a higher pitched, clickier sound off the putter than the V-Motion, but it’s miles away from typical cheap ball harshness. 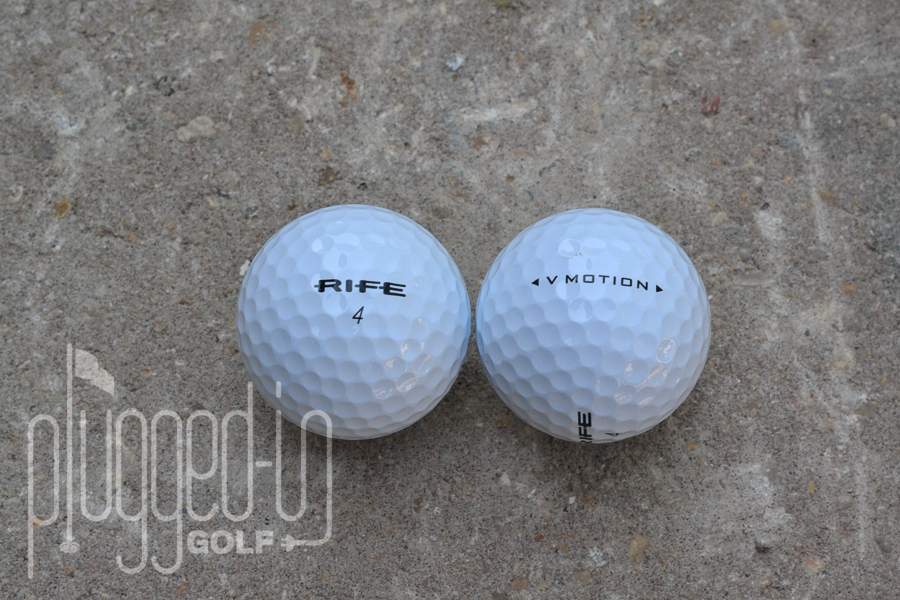 I put the V-Motion into play prior to any launch monitor testing and found that it performed exactly as I’d expect a tour ball to perform.  Launch monitor testing confirmed what I found on the course: the ball maintains relatively low driver spin and delivers consistent spin on mid and long iron shots.

As you would expect, the E-Motion is slightly lower spinning off the driver, but very comparable in all other facets of the long game.  Extensive testing of dozens of different balls has shown that in the mid to long irons, there is rarely any significant difference between models.  These two balls from Rife bear out that expectation.

The area where tour balls separate from the lower tier balls is in the short game, and the V-Motion did just that.  On full pitching wedge shots and long pitches, the V-Motion spun just as much as the tour balls I normally play.  On the course, I hit a couple shots where it spun even more than expected.

The E-Motion performed well in short game testing, but ultimately proved to be what it is: a mid-level ball.  Spin was roughly halved on pitch shots and was about 10% lower on full swings with a pitching wedge when compared to the V-Motion. 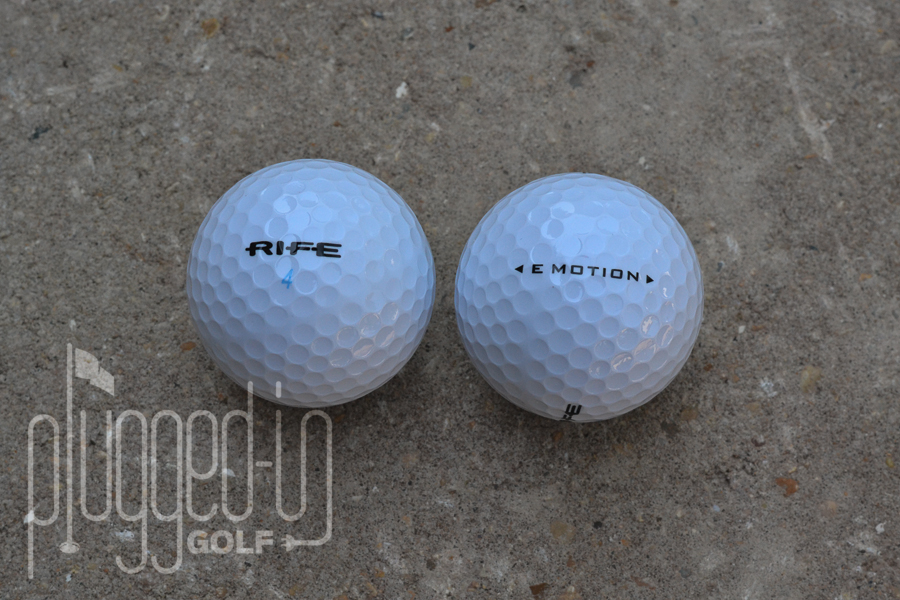 According to Rife, the V-Motion is targeted towards mid to low handicap golfers, which I think is accurate.  For the high handicap player, there’s no need for the urethane cover.

The E-Motion ball is a good choice for mid to high handicap players, or anyone looking for a low cost ball that still offers good durability and performance. 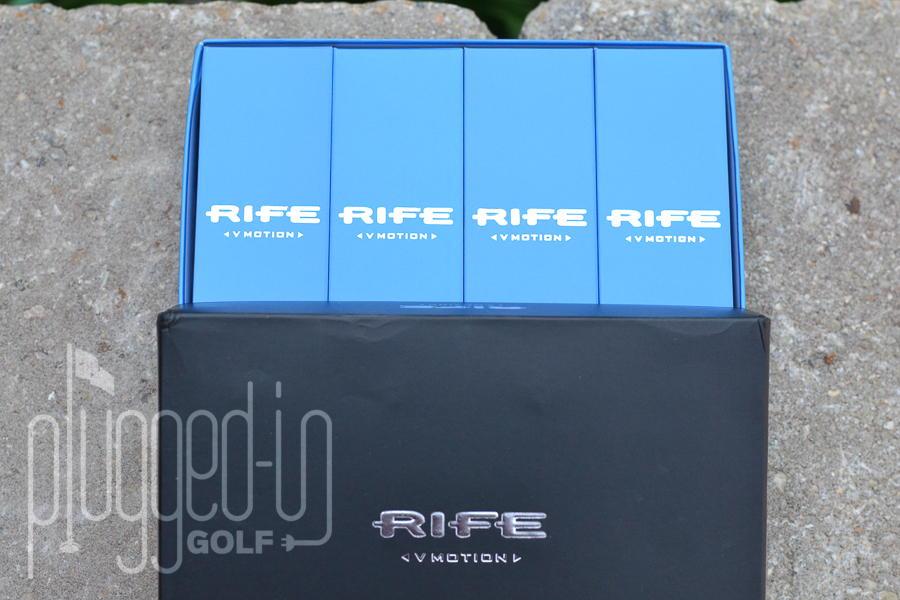 Regardless of what ball you currently play, the E-Motion and V-Motion are worth a look the next time you’re stocking up.  The real big news, though, is for those who play a tour ball: you can save over $10/dozen with the V-Motion and sacrifice nothing in terms of performance.

Kudos to Rife and Innovex for offering a ball that performs above its price tag.

Both are available now through Edwin Watts. 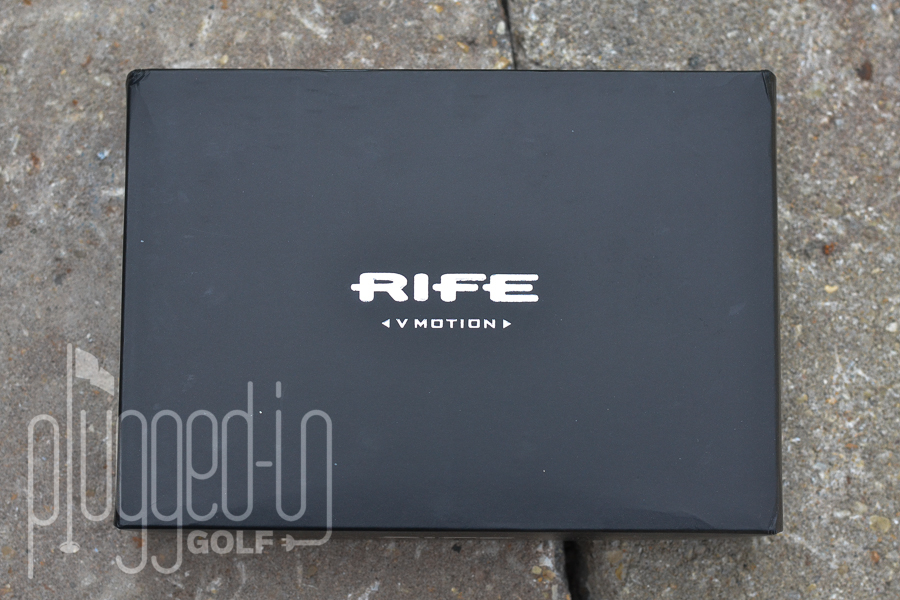 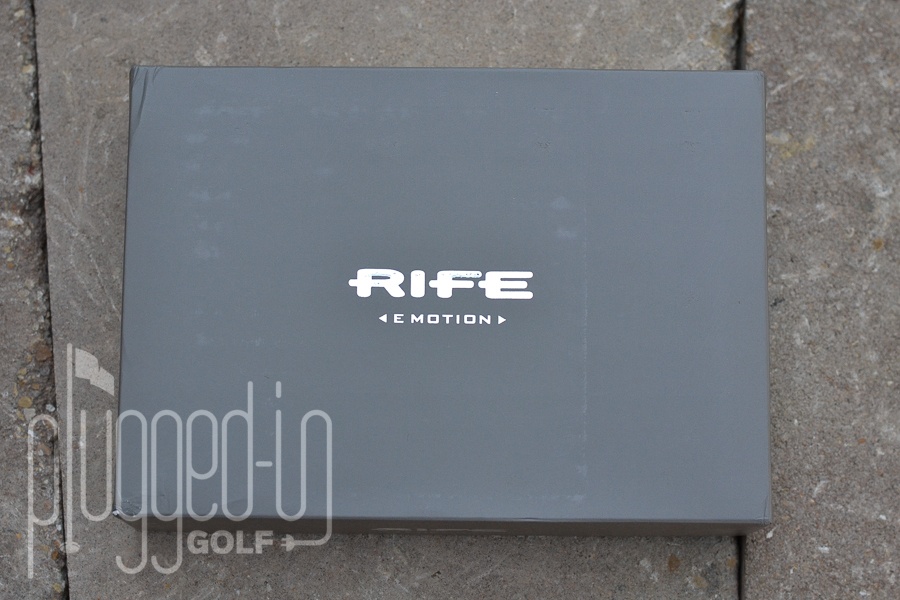 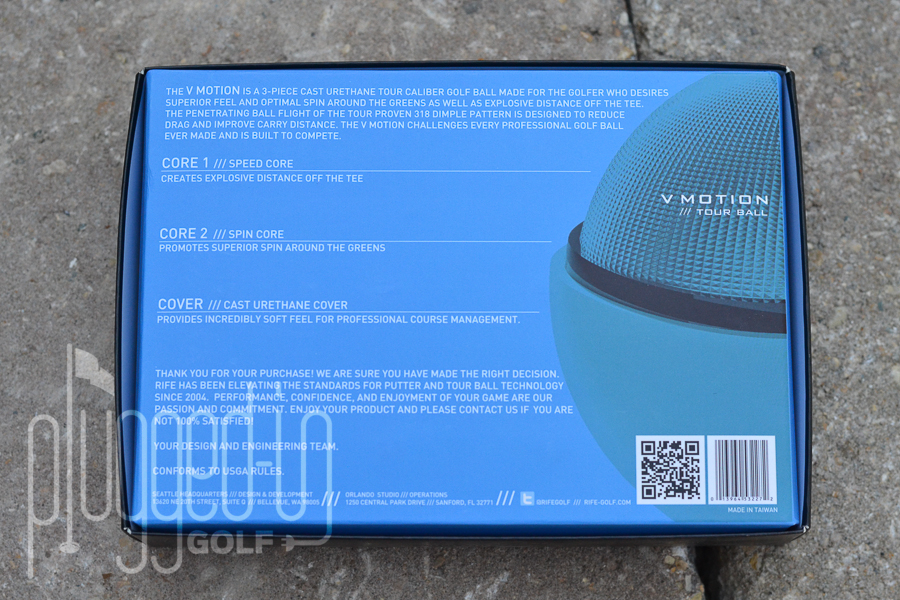 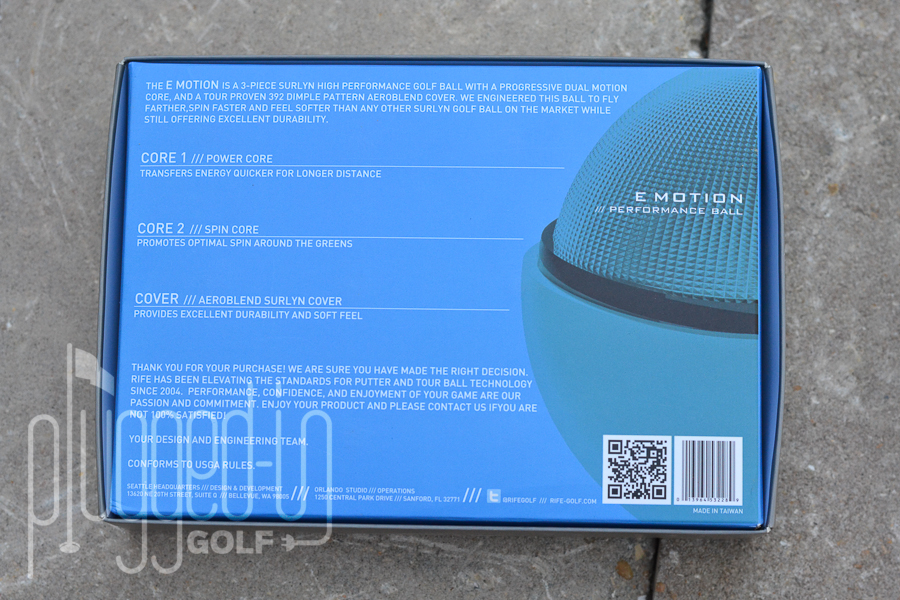 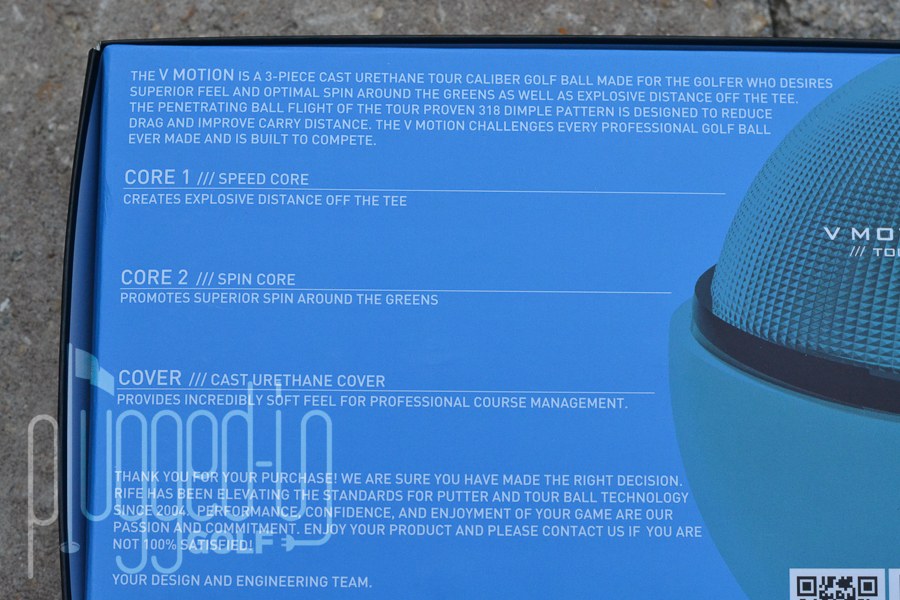 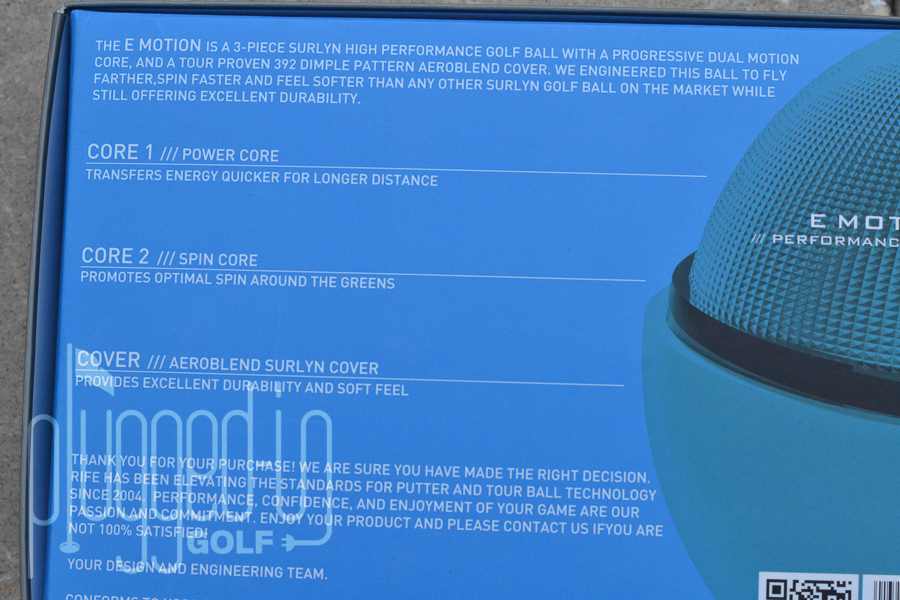 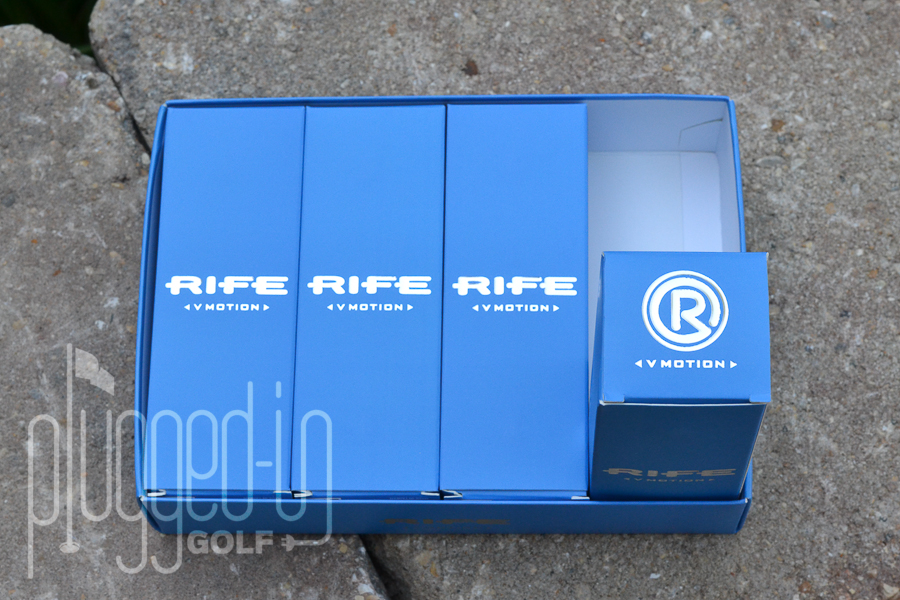