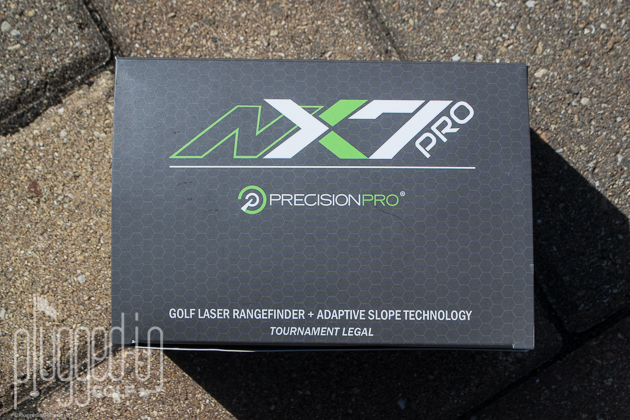 Last year, I reviewed Precision Pro’s first rangefinder, the Nexus.  At $200 (now even less), it set the standard for affordable, high quality lasers.  This year, Precision Pro is releasing two new rangefinders: the NX7, which replaces the Nexus, and the NX7 Pro, which adds slope-adjusted distances. 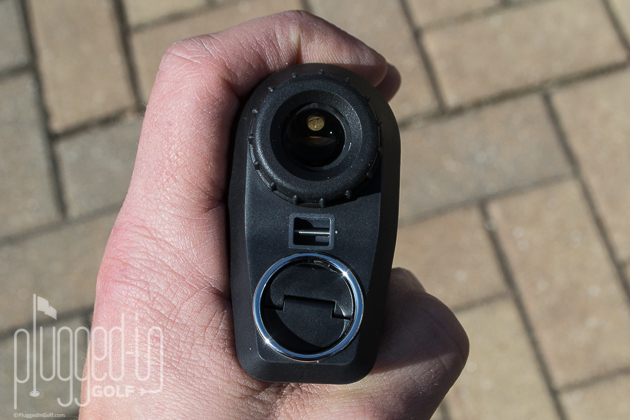 Like all modern lasers, the NX7 Pro is very easy to use.  Push the power button to activate it, aim, push power again, and the distance displays on the screen.

The NX7 Pro does have more options than the Nexus or NX7.  By using the Mode button, you can toggle between yards and meters, and you can turn the slope adjustment on and off.

My one complaint is the battery door.  It needs to be rotated numerous times to open or close it as opposed to the quarter-turn doors on some other rangefinders.  By itself that wouldn’t be an issue, but the cap is slightly recessed which can make it hard to manipulate.  This isn’t a deal breaker since you change the battery once a year at most, but it’s worth mentioning. 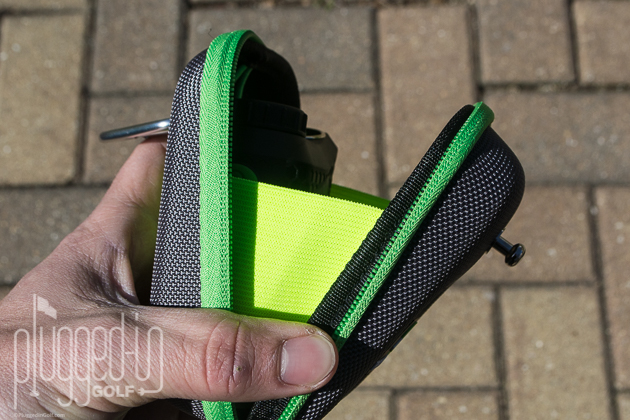 The NX7 Pro features two key upgrades over the Nexus: size and speed.  It’s 25% smaller, weighing only 5.4 ounces, and 30% faster.  It does these things without sacrificing a rangefinder’s most important trait – accuracy.  Distances are displayed to the tenth of a yard, and it measures targets as far away as 400 yards.

Precision Pro has added a number of other features to keep up with the big boys.  When it locks on the target, Pulse Vibration Technology gives you a little buzz to let you know it.  The NX7 Pro also has Target Acquisition Technology which keeps the laser focused on your target, not the branches behind your target.

Two final things about the NX7 Pro are noteworthy.  First, the lens features 6X magnification.  The importance of this can’t be overstated, especially when you’re far from the flag.  Finally, the carrying case that Precision Pro includes is top notch.  As you can see in the picture above, the case opens just enough to easily slide the NX7 Pro in and out.  I’m not endorsing the idea of leaving the case unzipped or unlatched, but the limited opening is a nice insurance policy.

The bottom line is this: the NX7 Pro has all the features you’d expect from a laser that’s twice as expensive, and it executes well on each one. 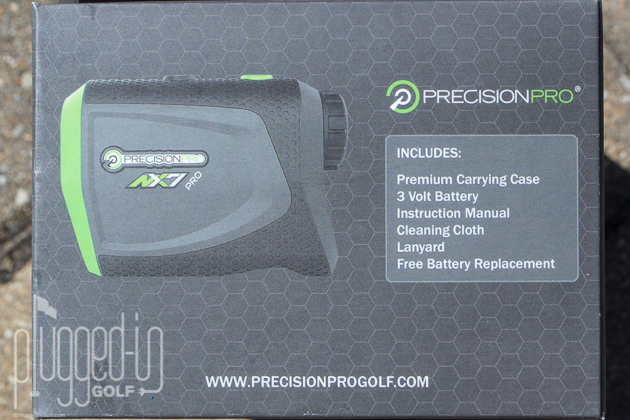 The Precision Pro NX7 Pro rangefinder retails for $250 (support PluggedInGolf by buying it HERE).  When you consider that a rangefinder with slope from one of the “big names” costs around $400, the value here is obvious.  When you add in the two year warranty and free batteries for life, there’s nothing to say except that Precision Pro is the unrivaled king of value. 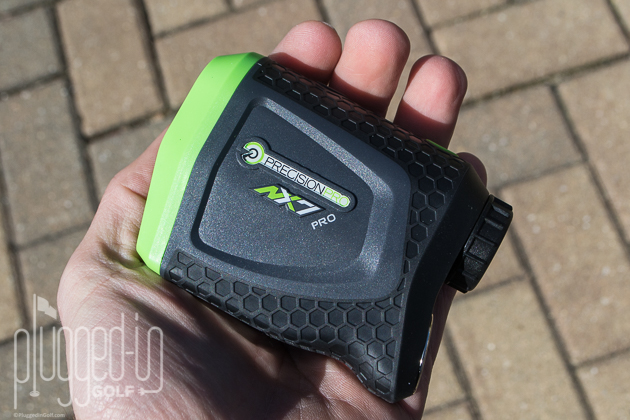 You can buy a rangefinder that costs as much as a new driver if you want to, but thanks to Precision Pro you don’t have to.  The NX7 Pro delivers everything you could ask for and more – like never paying for batteries – at a price that’s affordable for most golfers. 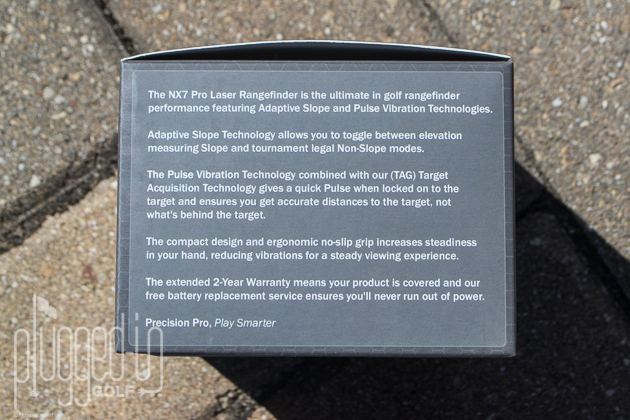 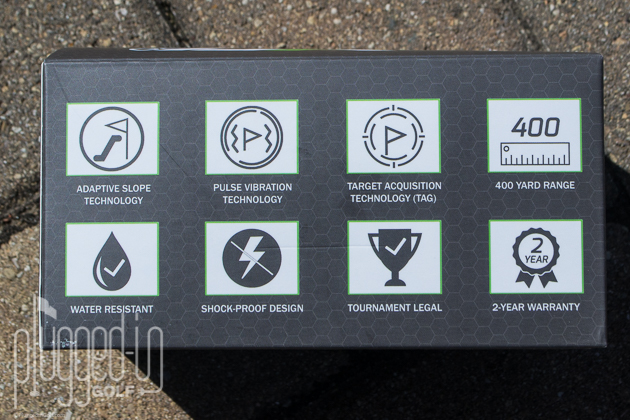 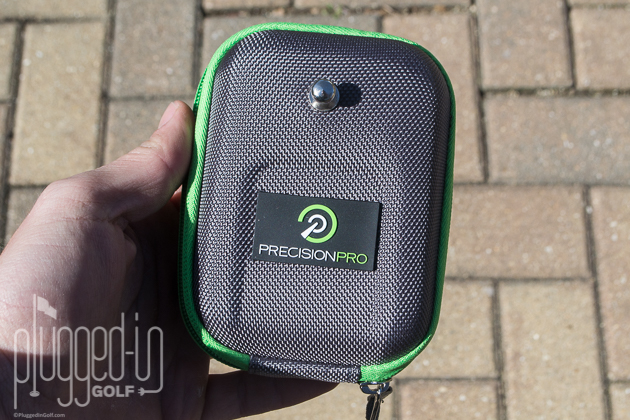 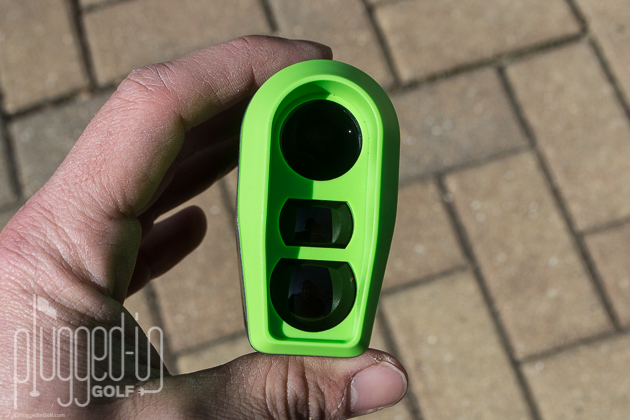 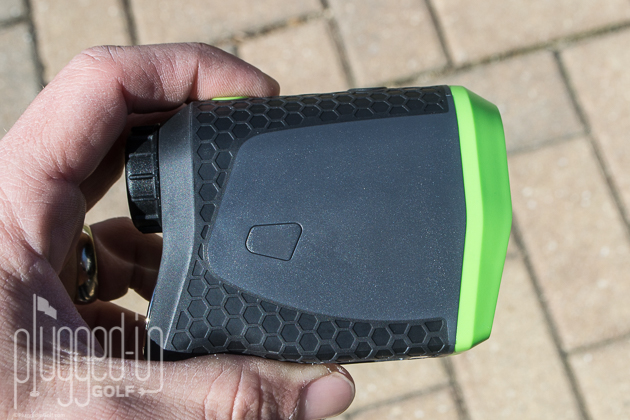 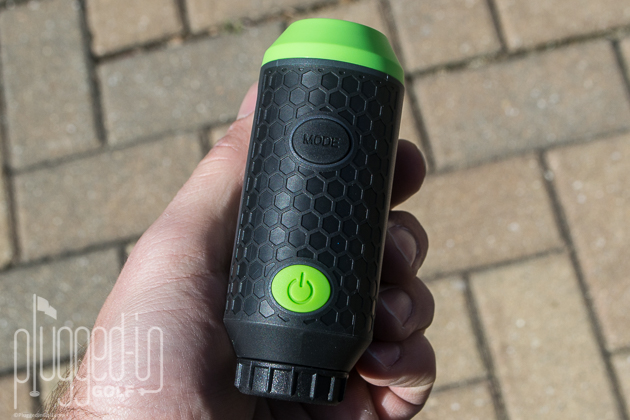